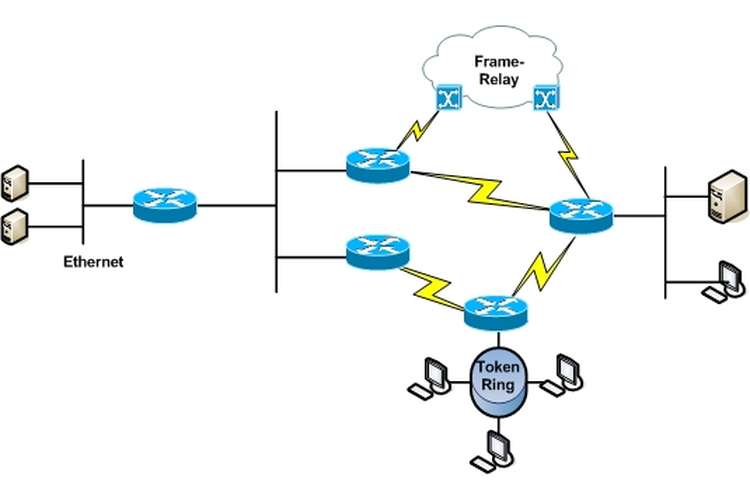 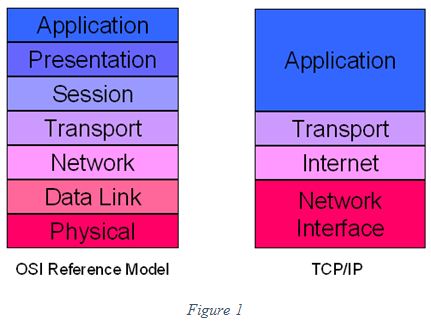 The Open System Interconnection (OSI) method is a conceptual reference method which standardized how the components of networking hardware and software are going to communicate. OSI model consists mainly of 7 layers which are –

Physical layer –in this layer defining of physical media, data rates, logic levels etc. are done. All the unstructured data firstly enters through this layer via physical medium("TCP/IP vs. OSI: What’s the Difference Between the Two Models?", 2017).

Network layer –In this layer with the help of logical addressing and functions package routing is done.

Transport layer –Data integrity is maintained by the assurance of QOS (Quality Of Service) in this layer.

Session layer –Authorization and Authentication is performed in this layer.

Transmission Control Protocol (TCP/IP) protocol is also known by Internet Protocol Suit. The TCP/IP have some similarity with OSI but lesser number of layers.

Transport layer –It provides services to application layer with session and communication services("TCP/IP vs. OSI: What’s the Difference Between the Two Models?", 2017).

Internet layer –All the routing functions of network are handled.

Network interface layer –The layer provides the service of sending and receiving the TCP/IP packets via a certain medium of transport.

The TCP/IP model is somewhat similar to OSI model but only does not have session and presentation layer separately. TCP/IP is critically based on the Standard protocols but OSI is generic model that’s why the TCP/IP is more reliable then OSI because all the Internet is built around the TCP/IP model. Hence, TCP/IP protocol method while working with networking. 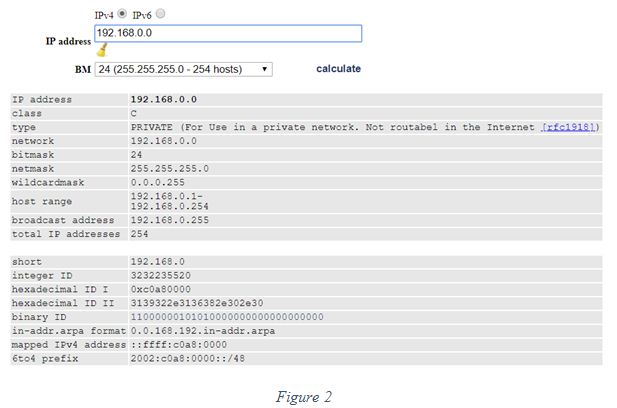 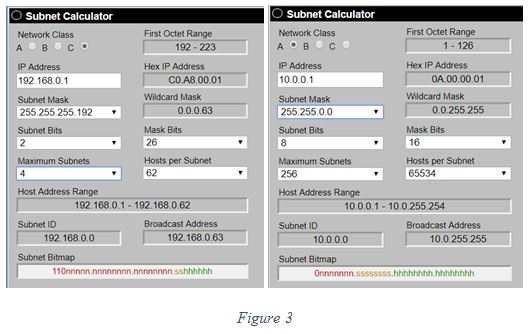 In this project determining of the subnet bits, subnet masks, host address range, broadcast address etc. are done over the online subnet calculator. First we change maximum subnets from 1 to 4 in the dialog box for IP 192.168.0.1 with 255.255.255.0. Then we change the IP to 10.0.0.1 and set 255.255.0.0 as subnet mask for the IP. Then we compare the information for both IPs and their configuration.

Address Resolution Protocol (ARP) is the approach which converts the IP (Internet Protocol) address to the corresponding physical network address. Either the network is on Wi-Fi or on Ethernet ARP is required in order to resolve the physical address.

ARP provides the services of managing the physical network with their connection independently. The ARP service makes it easier to manage the IP (Internet Protocol) and to make it more efficient and to manage the addresses of different hardware("What Address Resolution Protocol (ARP) does for your computer network", 2018).

In OSI model ARP works at 2nd layer. The ARP protocol works in drivers like network operating system of the device.

1. Using the MAC (Media Access Control) address of the embedded hardware network adapters are produced. These 6-byte MAC addresses are different and unique for each MAC device.

2. ARP cache provides the IP to MAC data information so that the device can sends the data to particular target.

3. If there’s no mapping in the ARP cache or table, then there cannot be any communication between the sender and receiver until a new mapping details installed in the ARP table.

ARP protocol is a DRP (Dynamic Resolution Protocol) in which there is a requirement of exchange of messages over network for resolution. ARP when send a message it gets up tied to the local network utilizing the bandwidth. This is a very time wasting process where each resolution must be made or every transaction over the network. For the solution of this problem ARP cache was introduced("The TCP/IP Guide - ARP Caching", 2018).

Matched IP and hardware addresses in the table format are stored in the ARP cache. Every device manages its own ARP cache table in a network. To make an entry in ARP cache there are two methods:

Static ARP cache –In this manually entries are made of address resolution in the ARP cache table. These are permanent address entry in the cache table.

Dynamic ARP cache –These are temporary entries of address resolution in cache table which are made automatically entered in the cache table using the inbuilt ARP software.

Overview – The Foreshore IT solution company is expanding its offices in different buildings. The company want a LAN interconnection between 6 departments working in 6 different buildings in Adelaide. The company will be using 10.0.0.0 as a private network IP address which will be further subnetted to provide IP addresses to 1200 workstations in all department. In this network design classless subnetting is used to prevent further wastage of subnet. Following is the calculation for subnetting –

The IP address 10.0.0.0 is so calculated that it meets all the departments requirement and 1200 hosts would be allotted to the departments in the network. The IP address consists of 32 bits where starting 8 bits are critically reserved for the network. 10.0.0.0 is an A class IP which can further subnetted into multiple subnets according to different range of subnets requirement.

For each different requirement of number of hosts number of subnet bits in the IP address must be set accordingly. Like for Head Office the number of hosts to IPs is going to be allotted are 60. But if we use classfull addressing of 10.0.0.0 then lots of IPs would be wasted so we will use classless subnetting(Null Byte, 2016).

Number of hosts = 60, for this corresponding closest greater than or equal to binary would be:

Now the IP has the following specification:

Similarly, applying this subnetting scheme in which subnets are calculated according to the number of hosts required rest of the departments IPs can also be calculated. The following table provides information about each department IP address scheme and its further details:

Below is the Network design of Foreshore IT solution – 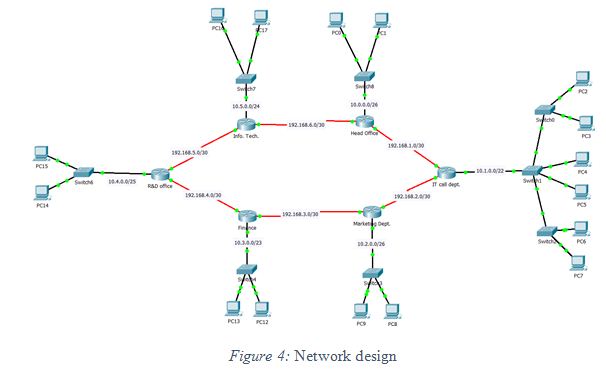 The network design consists of 6 dedicated routers for each department which provides DHCP service to all the workstations. These routers are connected in RING topology and the routing protocol used here is EIGRP (Enhanced Interior Gateway Routing Protocol) 10. EIGRP 10 provides independent routing approach which connects different networks.

The existing network design is so architecture that there is no extra subnet IP wastage, optimization of IP addresses was the key point of Foreshore solution. But if there are more than 1024 hosts jump in each department than there can be problem of lack of subnets. For this the subnet bits in each department will be changed and the entire subnetting scheme would be altered. Like for in Head office the current IP address is 10.0.0.0/26, which provides IP addresses to 60 hosts, it can provide extra two subnets for the new hosts but then the octet will be full and no space will be there for subnets.

This approach can be applied to all the departments of Foreshore solution to provide IP addresses to more than 1024 hosts in each department.