Introduction to Legal Systems and Methods 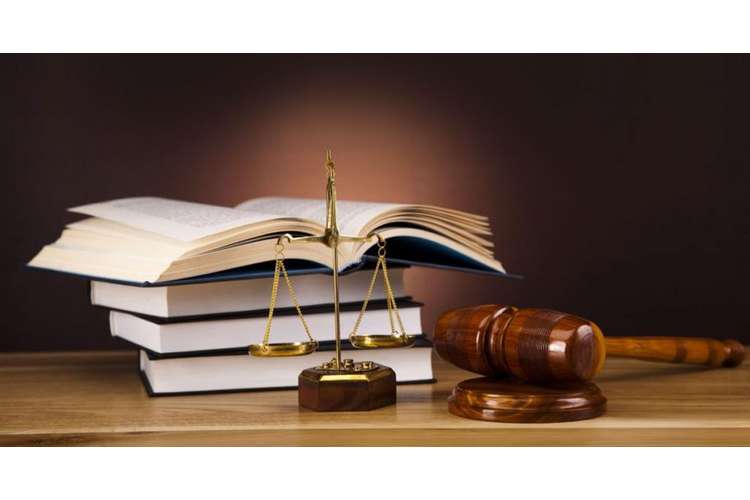 Introduction to Legal Systems and Methods

Material Facts of the Case

The Anti-Discrimination Law 1977 (NSW) deals with a wide scope of discrepancies’ concerning the relative interest of the subjects projected under the jurisdiction.  The nominated case of Garriock v FFA leads to a contrastive depiction on the very sections of the law and their relevancy to the arguments bearing a steady resemblance to the ethical and legal compliances based on employment discrimination. The case of Collier v Country Women’s Association of NSW has depicted a proportionate integration of section s 49G (1) (e), s 49G (3) (a) and s 49T (1) (c). On a similar aspect, Heather Garriock can be projected as one of the paradigms of the case. The victim has claimed on the provision for her daughters’ care in the Matlidas and forthcoming tours in which she has been nominated for performing the team’s duty. Football Federation of Australia (FFA) the accused rejected the provision of any monetary aid (cost incurred) to Garriock. Additionally, FFA claimed that a similar provision may promote future discrepancies within its operational procedure.

It has been indicated in the Garriock v FFA case that the claims of the victim may bear a strong alignment with the claws under the section s 49V (1) (c), s 49(2) (a), and/or s 49 (2) (d) of the Anti-Discrimination Law 1977 (NSW). The Tribunal reflected that the intangible elements in the blend of the complaints related to employment discrimination could be concluded through a sequential analysis of the relevant sections of the nominated law. The case of The Nominal Defendant v Buck Cooper relates to the discrimination in the public education system on the Anti-Discrimination Law. The arguments indicated in these cause legal business projects a staunch cause as justification for the section 47V (1) (c), s 47(3) (a), and/or s 15 (1) (c). On the contrary, the arguments favoring the accused has been justified through the sections of 46V (3) (a), s 47(3) (d), 47D (4) (a) and/or s 38 (2) (d). Therefore, the defendants claim for the provisionary error leading to future discrepancies in turn widening the employment related issues in Football Federation has been justified through their claims on the nominated law.

Heath Garricock promoted strong interjection relating to the employment discrimination promoting her responsibilities as an integrative to her claws of employments to FFA. The article indicates to the claim of the victim bearing an exclusive resemblance to the claws promoted under the section of 49V (1) (c), s 49(2) (a), and/or s 49 (2) (d) of the Anti-Discrimination Act of 1977 (NSW). The claims of the victim promoted that the FFA requires the urgency of complying with the requirement that the victim had been unable to comply in the domains of operation as an employee of FFA. The reflection through the ideas of the various sections has been promoted through the reflective and the arguments justifying the action of the Tribunal on the subject.

An increased figure of applicants or employees, which does not have the liabilities as a carer, may possess the ability of complying with the requirement or a particular scenario in which the employee or the applicant is unable to comply with the responsibilities as a carer. The consideration of the sections of 49J (2) (d), s 49(3) (d) of the Act has resembled to the happenings of the case between Elias v Alloha Formwork & Construction Pty Ltd. The relatives of findings in both the case can be projected through an alignment among the operational networks and the viable elements integrated for justifying the claims of the victim. The case promotes the issues encountered by the victim Mr. and Mrs.  Elias, particularly on the suggestion of architect that engaged an active third defendant, Mr. Monzer Farah relative to the liabilities of drafting drawings for various structures and hydraulic plan which was to be completed simultaneously. The differences in the elements of both the cases lie in the operational areas of the law and their precision on the subjects relative to a normal judgmental alignment with the clause of the act.  In the case of Garriock v FFA the victim promoted a staunch claims through the sections 49V (1) (c), s 49(2) (a), and/or s 49 (2) (d) of the Anti-Discrimination Law 1977 (NSW). Garriock promotes her cost module for her role as a carer for her daughter to be incurred by the FFA through the tenures of various tours with the national team.

The Football Federation of Australia defended that provision for a carer cost program may relate be projection of potential hindrances for the federation’s operational procedure. Under the provision of 49T (1) (b) of the Anti-Discrimination law 1977 (NSW), FFA defended its stand projecting the federation’s reservation on the specific aspect as a trait of deviation from favors to a particular sect. The accused claimed that the proportionate relationship between the arguments indicates to a deviation from the principles of equity, which may lead to disastrous consequences. The attempts of suggesting appropriate justification of its FFA claims the verdict and the sections of the Pascale v City of Parmatta may be considered. The inclusion of the related sections has been confined through the elements of 32D (2) (c), s 46R (4) (b), 35 (1) (e) and s 49 (2) (d) has been aligned to defend the claims of the Victim. On the contrary, the accused defended its stand by promoting it as an effective deviation of similar section promoted in by the defense in the nominated case of Grriock v FFA. The victims’ claims to be objected on the aspect of the nominated protocols as the cost incurred can be integrated to the monetary allocation from the federation. The liabilities of the employee have been escalated to its employer relating an objection as an acute deviation of the Anti-Discrimination Law 1977 has been promoted as a justification by the accused. The establishment of the claim has been promoted as a justification relating to the scope of employees or applicants that the FFA relishes on. The Federation promoted that a similar interception may disturb the equity in the nomination procedure of national team representatives.

The Tribunal emphasized on the resemblance of the clause of the various sections as an legitimate module of promoting an essential verdict. The claims of the accused where considered as an effective reflection of management considering the tenure and the virtue of the FFA operation in the domestic boundaries of Australia. The achievement of a equity in the distribution network may be certainly achieved through the potential aspects of the claims of all the parties. The relatives of the sections 33D (1) (e), s 33(2) (a) of the Anti-Discrimination Law projects a through achievement of the resources along with the inclusion of the rationale claims of either parties defending their respective claims. The verdict of the Tribunal also relates to the instances of carer facilities being offered to the employee and its resemblance to the scenarios, which justifies the need of similar promotion. The projection of the compliances of the framework integrated for the protection of employee rights may promote a symbiotic relationship, which justifies the claims of the victim. However, the provision by the section of the nominated law in the case may justify the claims of the individuals subjected to the specific jurisdiction under the legitimate framework . The achievement of a critical verdict demands for an interception critically considering the clause that has been utilized by the subjects as appropriate justification for their respective claims. The promotion of an escalated argument through the verdicts that can justify the approach of the Tribunal concerning the claims of the two parties has been reflected through an interjection of the case between Heather Garriock v Football Federation Australia (FFA). The respective elements in the bridge of the verdict as promoted by the Tribunal court lies in attempting in justifying the claims of the respective subjects involved in the case. The Anti-Discrimination Law 1977 (NSW) justifies the attempts for the eventual objects relating to employments relationship. The wide scope of the nominated law includes Sex, Disability, Marital or Domestic status, Disability etc. The subsequent amendments in the bill have often indicated to the evolution of the legal framework concerning the basics of management and employee relationship. The relatives of the proportionate measures and the eventual segregation of the objectives in the legitimate blend can be promoted as an effective integrative of the verdict laid on the Garriock v FFA. The verdict has promoted an tangible element concerning its alignment to the nominated sections of 49V (1) (c), s 49(2) (a), and/or s 49 (2) (d). On the contrary, the defense has been promoted through the section of 49T (1) (b) justifying its claim in the equity procedure of opportunity presentation to the employees or applicants.

The case of Bilal El Sammam v Sutherland Shire Council reflects a steady projection the nomination of the various interests of the subjects considered for the jurisdictional area. In order to promote the specific virtues of the case of a variety of knowledge on the embellishes of tangible blend of mutual interest between both the subjects can be projected as an effective module of the sections 42 (1) (f), s 41(4) (a), and/or s 48 (2) (c). The relevancy of claims of the subjects to the domains of jurisdiction can be promoted as an indispensible aspect of business system sustainability along with an attainment of a suitable blend in the communication of the arbitrary procedures. The protocols of the judgment in the nominated case have been influenced through the clause promoted under the respective segments for attaining a mutual relationship among the probables of a societal mix.  The justification for the respective claims of the employees can be sustained only if the blend of the clause of section and arguments promoted as justification bears a normal alignment. The achievement of a verdict may be related to the projection of a suitable relationship between the subjects. On the contrary, the clause of these segments is considered a priority in case of discrepancies. The Tribune rejected the  claim for incurring the cost of carer for Garriock in order to ensure an equity in the distribution network. The opportunities provided to the applicants may bear a strict resemblance to the fundamentals of an equal distribution, which may be disrupted in the event of integrating a provision as claimed by Garriock. Therefore, the verdict of the Tribune has denied the charges against the FFA and appreciated its autonomous functionin. The relatives of the subjects can be identified through the vetsed interest that relates to the achievement of sustainable standards in employee relationship. On the contrary, the claim of the accused has been rejected through a particular segment of the Administrative laws, which promotes the relevancy to articulate. An interception through the Tribune’s verdict promotes a faith on the administrative capabilities of the Football Federation of Australia (FFA) and encourages its operation as an autonomous entity. However, the viability of similar applicants and a suitable procedure for attainment of the objectives of a harmonius society has rejected the discrimination claim as brought forward by Garriock. The implications of the clause have been acquired through an effective module of interrelationship, which promotes the virtues of a harmonious and safe working environment.

The nominated case of Garriock v FFA is an ideal example of conflicting interest concerning monetary and societal frameworks. The achievement of a discrimination free work environment and the related sections of the Anti-Discrimination Law 1977 (NSW) can be nominated as essential outcomes of the report.  The interception included in the prose reflects the acquisition of the learner within the domains of the course work.

Maxwell, J. (2014). Sleeping with the enemy?: Conflicts of interest and relationship status discrimination. Ethos: Official Publication of the Law Society of the Australian Capital Territory, (232), 12.