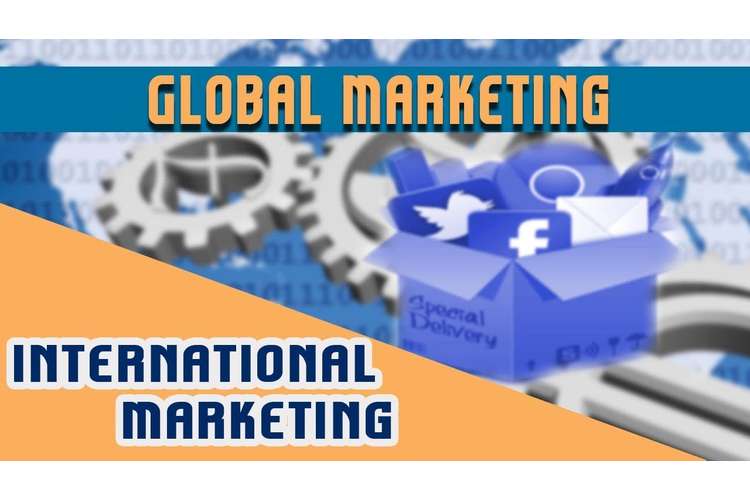 The KRBL is a premium basmati rice producing industry of India having the biggest market share in its domestic market. The company is expanding rapidly by the time it started exporting its rice brands globally. With experience of more than 100 years in this field, the company has really high chances of being success in neighboring countries or the country with somewhat similar market environment such as UAE. Significant research and business analysis are made on UAE using PESTLE analysis on basis of which decision can be made by management whether or not to export its rice products in UAE. Consumers purchasing power and attitude have also been studied which will be beneficiary to know the market trends.

With a multi-year legacy and a presence since 1889, KRBL Ltd. is India's initially incorporated rice organization with a far reaching product chain.

It was founded in 1889 in Lyallpur, Pakistan.

Not only in India, but also in Gulf countries, it is making its presence felt by the time.

The company is exporting its main trademark product India gate Basmati Rice to more than 75 countries and is the market leader in this segment.

Its solid retail presence over various sizes and price empowers the shoppers over all age groups and communities to purchase it therefore making it the top and most aspirational Basmati Rice player. Even the company created a number of distribution channels which helped them to penetrate their product in the domestic market. Also, they are giving more stress over exposure to new international markets to reduce their vulnerability in financial performance.

The management team of the company is having experience of more than 25 years in their industry and the team has been able to increase their market in both scale and scope using various means such as increasing in-house processing capacity, expanding vertical integration, expanding distribution channels, increasing product range and brand portfolio. The management has a strong belief in their strategies which keeps them away from bad debts and helps them in sustaining and increasing demand for their branded products in both international and domestic markets.

KRBL also have their own Research and development labs putting them on forefront for continuous improvement in their products. They are smart enough to give a number of by-products which add value to their company and increase their financial status.

The company is not only limited to production of basmati rice nowadays, due to their research and development, they have recently announced the launch of a super food which not only contain protein, minerals, fatty acids but also vitamins and minerals which is going to make them one ultimate stop food for completing the nutritive requirements of consumers belonging to all age categories.

KRIB have a good scope and potential in making its business expand worldwide especially in Middle-east countries such as UAE. UAE has shortage of water and most of its land is covered with deserts because of which production of rice is very hard in that nation. India the homeland country for production of Basmati rice by KRIB also have healthy trade relations with UAE. Recently both these nations made a historic deal to make transactions directly into each other’s country, therefore eliminating the role of Dollar. It is an estimation that both these nations will touch the figure of $100 billion by 2020 in bilateral trade (Khaleej Times). As UAE seems to be a potential market for KRIB’s basmati rice, a PESTLE analysis has been made on this country.

pestle analysis of the uae

UAE itself is composed of 7 different emirates and these all have their own individual government organizations which makes management of these more flexible as compared to other nations. But, this nation has been in constant conflict with its neighboring countries in relation to ownership of land and oil. Although UAE has been successful in making its trade relations healthy with number of nations across the globe.

UAE’s economic conditions can be easily judged by its high GDP as much as 348.7 Billion USD in 2016 making it the second largest economy in the Arab world. Even the rate of unemployment is very low in UAE.

Due to high-end paying jobs, the residents of UAE enjoys one of the most comfortable lifestyles in the world. With the rise in globalization, it brings a number of different cultures to UAE. Religion is something which has to be followed strictly in this nation, especially for their native women.

Technology comes with a price, and this price is no barrier to the wealthy people of UAE. Their younger generations are becoming more and more tech-savvy which is attracting tech-giant companies around the globe to enter their market.

In case of Legal factors, it is not hard enough to gain access to this nation, however for opening up a business there are certain laws to abide. Although, UAE is openly accepting new comers to their nation with little cost to pay.

This is one of the critical factor which affects everything related to UAE. This country has hot and dry weather conditions which makes it very hard for farming. But being close to coastal region, it has good scope in trading via sea routes.

Trading into UAE will help KRIB to have new opportunities in nearby future as UAE is considered to be gateway for trading into Middle-east.

The population of UAE is about 8.6 million in which 88% are foreign citizens. This figure is believed to reach 9 million by end of this decade 2020. The market for food industry continues to grow here because of UAE being best tourist destination in middle-east and acceptance of foreign nationals for different food varieties also fuel this industry. Rice is nowadays the most favorite food for people living in UAE. One of the major news report of Gulf also made a report over it, stating UAE to be the one of the highest per capita consumers of rice in the world. A statistics report revealed by customs of Dubai further revealed that about per capita consumption of rice being 70 to 80 kg per year, making its daily consumption of rice being more than 220 g per day. The rate of consumption has increased much from 2012 when it was just 575 million kilos to 673 kilos in 2013 only. This consumption rate is much higher than global consumption rate which is only 64 kg per capita per year.

The main reason for high consumption of rice according to Gulf news is presence of high number of Asian population in this country. Indians, Bangladeshis and Filipinos have rice as their main source of diet which could be among main reasons for UAE’s high rate of consumption.

Also, due to wealth status of people living in UAE, rice seems cheaper to them while purchasing which persuade them to buy it as compared to wheat and other food products such as meat. Interestingly, biryani (rice dish) is regular food source for Emiratis and other Arab nationals along-with mandi and madhbi which are along popular rice-based dishes for them.

The purchasing attitude of consumers of Emiratis clearly illustrates that they have limited approach for purchasing their product online i.e. about 9 % of them prefer online shopping, which means sale of rice can be increased more by penetrating in deeply into their market stores by the same way KRIB did it into their domestic home country market. An analysis made on consumers of UAE also adds, only 14% of consumers came across new products online, while 77% of them become aware of product from stores only. Emiratis spent about 14% of their income on food and beverage.

KRBL needs to target local stores as it is clear Emiratis prefer traditional practice of purchasing their food by visiting stores on their own. Luckily, supply chain network in UAE is somewhat similar to that of Asian countries which will help KRBL to understand it in short period of time and they can penetrate their product into local market using their own strategies of making their supply and demand network strong as that was in India.

Being one of the favorite tourist destination in the world, there are number of hotel chains and restaurants all over UAE. People of UAE love going out for food and this segment of market can be easily targeted by KRBL using local retailers and distributors, and giving them un-interrupted supply.

There is not much competition in market of UAE for export of rice as the agriculture sector itself employs of only about 7% of total work force, so the domestic production is very low in this country in case of rice. This is the main reason for not much competition from domestic industries of UAE in case of sale of rice, only competition will be with foreign companies coming over from other nations such as Thailand and Pakistan. They have a strong market share for export of milled rice to UAE. Recently a leading international agribusiness company Al Dahra Agriculture LLC had break the local record in UAE for rice milling, storage and their distribution at one of their site in Abu Dhabi. As per their report the production capacity of this plant is estimated about 80,000 metric tonnes of rice per annum.

On the basis of PESTLE analysis on UAE, KRBL will be having a win-win scenario in case of export of their basmati rice brand in Emirati nation. The society openly accept the new product especially Rice as it is among their main source of food. Being a nation with huge number of migrants mainly from Asia results in huge market for KRBL with little competition and also the economic conditions are not bad in UAE. The politics influence slightly for import export as the country is main hub for re-export to all the middle-east.

KRBL should try to make a strong distributor chain in UAE as the country poses similar market conditions with their home country.

KRBL’s home country marketing plan will be successful in UAE also due to same cultural backgrounds of their society.

It should try to start its export as soon as possible because there is no China threat in this segment at the moment, and the competition is only with Pakistan and Thailand.