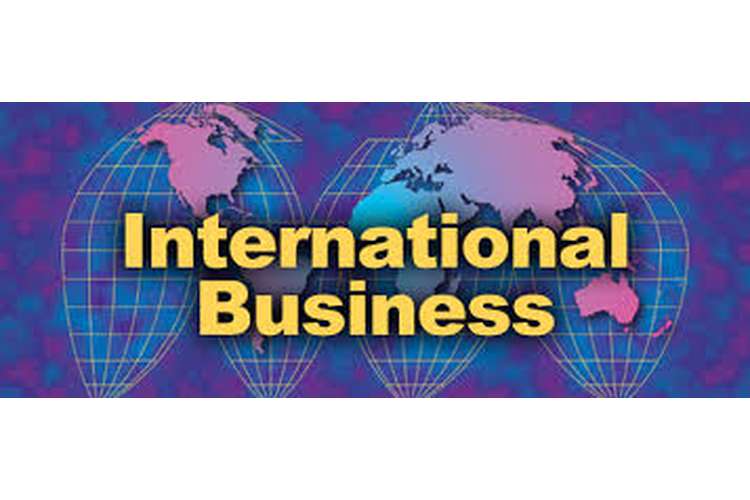 This is a solution of International Business Strategy Assignment Help in which we discuss Economic market and and strengths and weekness of business model in international market.

In the present era, international business is been mainly defined as the business transaction which are being carried out across the boundaries of the nations. It mainly signifies the small scale enterprises which exports or imports the products and services in a single country and the large scale firms integrated with the strategic operations and the alliances all over the world. It has been identified that the international businesses had attained a remarkable growth in past few of the decades moderately due to the liberalization of the investment and trade practices and partly due to the flexibility in carrying out the businesses internationally (Cavusgil.et.al, 2013). With respect to the liberalization, the negotiation of the General Agreement on Tariffs and Trade (GATT) led to the trade liberalization and thus resulted in the formation of World trade organization (WTO). The international trade mainly encompasses various aspects with respect to different countries. There are wide ranges of theories related to the international business models.

Some of the most common modern theories are absolute advantage, mercantilism, comparative advantage, international products life cycle, factor proportions theory, porters diamond theory, national competitive advantage, new trade theory, etc. It has been found that these theories had contributed in the growth of the international business of the countries.  The comparative advantage theory is been mainly referred to the abilities of the party of producing a specific goods and service at a lower opportunity and marginal cost over the other (Cavusgil.et.al, 2014).  According to the comparative advantage theory, every country is capable enough of producing some of the specific goods and services. The theory majorly focuses on the affluent factor of the production such as labour, land and capital in the country. These abundant factors could be exported to the other countries using the products and services intensely. For instance, considering the factors such as labour and capital and two countries and if one country acquire moderate quantity of labour and the other country had the abundance of capital then the country having plenty of labour must export the products and services that make use of labour and the other having adequate capital must export the products and service which use capital largely.

With respect to the international business practices, it has been found that there is an immense growth and development in the activities and had modified the practices as well. There is a remarkable shift in the economic activities at the global levels mainly due to the growth in the number of emerging business and the consumers as well. It has been seen that the international organization seeking to enter a new market in any other country adopts various ways of carrying out their business activities (Gilpin, 2016). Some of the most common business types are contracting, licensing, exporting, franchising, joint ventures, strategic alliances, wholly owned subsidiaries, etc. The modern economic theories had led the international business model towards the modernization and adopt the latest informationtechnology  advancements over the operations. However, these theories and events had carried out the international business to the heights of success and had provided with the new opportunities at a large platform.

As per Robson.et.al, (2015), there are wide ranges of business model which could be adopted to initiate with any of the business activities such as exporting, licensing, foreign direct investments, franchising, manufacturing, distributor, etc. However, with respect to the current business initiation in other country the Franchising business model would be proposed with the purpose to establish a profitable deal and earn better success out of the business. As per the franchising business model, it has been found that the business owners make purchases of another organization’s operations and the strategies instead of developing any of the new structures. The entrepreneur owns the products and services, distribution chain, strategies, business concepts, etc. of the already existing firm and need not put extra efforts into developing the business at the whole. The organization providing its products and services, the business operation and its brand is been referred as the franchisor and the one availing the offering is the franchisee (Dunning, 2013). The franchise owners earns a part of the revenues income being generated by the business and the franchisor charges the licensing fees along with the specific percentage of the sales income from the franchisee. For instance, the organization such as McDonalds, Starbucks, Subway, etc. largely depends on the franchise business models for growing their businesses and the profitability on the overall basis.

On the contrary to this, there are some of the basic weaknesses which the franchisees experiences in carrying out the franchising business model. The large initial investments in purchasing the business, less self determination, higher supply costs, limited expansion, etc. are some of the most common weaknesses of the franchising business model. It has been found that the franchisee requires making higher initial investment in case of the acquisition of large scale brands (Gassmann.et.al, 2014). Even the crucial strategic decisions are being made by the franchisor and the franchisee is been subjected to the terms of the franchise agreements and would have to limit the activities accordingly. Moreover, it has been found that establishing an effective operating model would help in bringing improvements in these processes and help in carrying out the franchising more successfully.

With the emergence of wide ranges of business models at the international levels it has been found that the competition levels had also been increased at the global levels. Global competition is been mainly defined as the existence of the competing organizations which serves the customers at international levels. It has been identified that the global strategy is been increased largely due to the enhancement in the communications, developed shipping channels, diminishing barriers and the centralization of the financial authorities at the business levels (Garg.et.al, 2013). The global competition lays both positive and adverse impacts over the franchising business model as it increases the competitive value of the business and influences the franchisee to put more efforts over the establishment of the business. In order to gain higher profits and success over the business practices the franchisee needs to meet the competitive levels and acquire an advantage over the other so that to incline the customers at the large levels.

In addition to this, the competitiveness also influences the business to deliver the best efficient products and services to the customers so that to establish a competitive advantage over the competitors in the similar sector. The competition is been increasing rapidly because the emerging new companies in the market are moving towards the global levels along with the technological advancements (Alpeza.et.al, 2012). With respect to the present business model of franchising, it has been seen that the huge giants of the industry are facilitating the franchisees to establish their roots in other countries facilitating them with the brand name and the other perquisites.

On the contrary to this, there are immense numbers of constraints being faced by the franchisees due to the global competition in the market. The extreme competitive levels also compels the franchising model to be modified and innovated so that to meet the levels in the market and serve the customers accordingly (Lee.et.al, 2015). With the advancement in the technologies and the business practices it has been found that the franchisees require putting more efforts to sustain in the market and carry out their operations effectively. It is very much important to meet the levels of the other businesses being carried out at the global levels so that to overcome with the drawbacks and leads the business profitably.

Characteristics of the country to be entered, its risks and mitigations required within the business model.

UK is been considered to be the best option in order to emerge with the international business model as it is a developed country with immense business opportunities in various sectors. The country facilitates the businesses to flourish and provides with all the required scopes of success. UK is been listed as the 5th largest economy all over the world as per the GDP and 9th largest economy based on the purchasing power parity (Deeks, 2015). The country is been considered to acquire the high income economy and is been included in the category of very high human development index.  UK is been comprised of three different legal systems such as Northern Ireland law, English law and Scots law. The country is been considered to be profitable for establishing a business and carrying out the practices effectively.

However, it has been found that franchising in UK acquires a wide spread scope and provides with the flourishing business opportunities. The legal framework of UK is much favorable and provides the franchisee with the flexible procedure. There is no statutory regulation for franchising as such in UK. It has been observed that the franchising business model requires complying with the general principles of contract law and take some of the acts into consideration like unfair contract act, sales agency regulations, data protection act, third party rights acts, etc (Buchan, 2016). In order to carry out the ethical franchising in UK, British Franchise association is the organization which regulates the franchising business in the country. Moreover, it has been seen that there is considerably lower risk over the business as the legal framework facilitates flexible flow of business.

With the above paper it could be concluded that the international business is the business transaction which are being carried out across the boundaries of the nations. It has been identified that the international businesses had attained a remarkable growth in past few of the decades moderately due to the liberalization of the investment and trade practices and partly due to the flexibility in carrying out the businesses internationally. Even it has been found that there are wide ranges of business models which could be adopted by the entrepreneurs like contracting, licensing, exporting, franchising, joint ventures, strategic alliances, wholly owned subsidiaries, etc. The report had also revealed that with the help of franchising business model, one would just have to implement new innovative strategies in order to expand its business activities and explore the brand as per its own desired objectives. Furthermore, it has been identified that the global competition is been increased largely due to the enhancement in the communications, developed shipping channels, diminishing barriers and the centralization of the financial authorities at the business levels. Even the report had found that UK wide spread scopes in franchising along with the flourishing business opportunities. It has been also found that the legal framework of UK is much favourable and provides the franchisee with the flexible procedures.