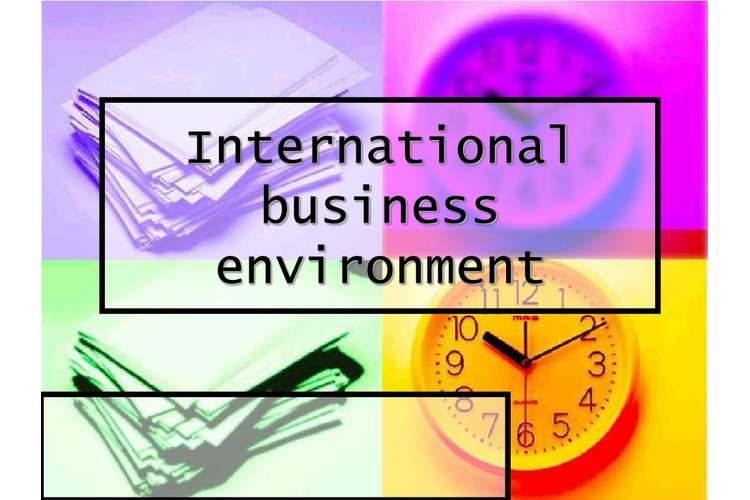 Concept of globalisation in business

According to Mowforth and Munt (2015), globalisation is about deepening and increasing the interactions between the individuals and organisations across the world. Products and services in previous time were available within just one country; however, the organisations go new market outside the country. Globalisation has affected the business by increasing the competition and companies have now broadened the target market by expanding the local areas apart from the home countries (Coker 2014). Globalisation has made possible to market the products and services to different countries and the companies need to fight strong competitors in the foreign market as well. The companies also do the outsourcing and the companies also seek for the production locations and the many of the international businesses make partner with new ventures as well. Globalisation has induced improved technologies and efficiency in the business. As stated by Wright (2016), globalisation has pushed the business to create the better system to measure and track the international trade and the businesses. Technological innovation makes it easier to do the business in an efficient environment and technology empowers global trade. In the international market, globalisation represents the integration of the investment, trade, information, cultures and technologies. The international businesses must follow the government policies which are designed to open the foreign economies to boost the improvement of the poor economies and raise the standard.

Theories of globalisation and internationalisation

Raymond Vernon discussed Product Life Cycle Theory to explain the pattern of international trade. Product life cycle theory applies mainly on the labour saving and capital using products which mainly cater to the international market to high-income groups. In product lifecycle theory, there are five stages and location of production mainly depends on the stage of the cycle.

The fourth stage is ofsaturation when the sales of the products neither decrease nor increase in the international market. The organisation does the modification of some of the attributes of the products in order to attract new customers.  The fifth stage of the product lifecycle isdeclinelevel and in this stage, the product is familiar to the customers and the product has already reached the peak stage.

Product lifecycle starts with home production and from the home market. Then, the organisations export the products to foreign markets. The products start observing the growth in the foreign marketing principle. The companies sometimes start foreign production and these are subsidiaries close to market. In addition, production by subsidiaries is followed in less developed countries for all the marketers (Wiesner et al. 2015). In product life cycle theory, consumer goods sometimes become standardise the companies want to shift the production from high cost to lower cost. For example, Nike is a famous athletic wear company and it has it headquarter in the Beaverton United States. Nike has connected through more than 700 shops across the world in more than 45 countries. However, it is to be noted that most of the manufacturing centres of Nike are located near Indonesia, Taiwan, India, Thailand and China; all these countries have cheap labour.

Eclectic paradigm theory provides the three-angled framework for the company determining the benefits to continue foreign direct investment. As stated by Cantwell (2015), the eclectic paradigm is based on the beliefs that all the companies avoid the transaction in the open market when transactions through internal carry low. For an organisation, FDI is beneficial to have a comparative advantage, internalise advantage and ownership advantage. Eclectic paradigm provides a holistic framework based on investigating entire relationships and interactions of the different components (Dunning 2015).

Globalisation means for societies and for government

Globalisation has influenced differently for various countries. Developed countries are mainly industrialised and these countries are economically advanced with a high level of prosperity. In addition, developing countries are changing from agricultural economy to the natural resource-based economy with the progress of industrial production (Rupert and Smith 2016). In addition, emerging economies or markets are fast-growing developing and the transition economies.

Production: In business aspect, globalisation helps to scan worldwide for production capacity and in societies; globalisation provides the benefits in employment and technology which form Foreign Direct Investment. The government provides incentives to attract the FDI (Robertson 2017).

Finance: In emerging countries, businesses seek the source of capital on a worldwide basis which creates openness to outside capital and the societies integrate into the global capital markets. The government has the interdependence with regional and global financial systems.

Critically evaluate the impact of globalisation on international businesses

At the international level, MNCs face both opportunities and challenges from the diversified economies. Historically, the globalisation in political, social and economic has been observed during the 1970s getting the particular emergence after the Cold War. Globalisation brought key trends in the economy across the globe (Doz 2017). The international businesses wanted to have the lower wages for the employees and the businesses from the Western countries wanted to get a higher profit margin. In some of the countries, international businesses observe the flood of migrants to cities and some of the economies observe the low inflation and low-interest rate despite the strong growth. Due to the globalisation, international businesses have flourished rapidly and world exports as a share of GDP increased from under 20% in 1994 in over 32% in 2010 (Penrose 2017). It has also been observed the increase rate of Foreign Direct Investment. The companies want to have the foreign ownership of the foreign factories, land and mines. In industrialised countries, foreign investment occurs in large inflows. Of late, in the UK, the countries in home countries are mainly exposed to the global factors and the companies have to compete with the global forces of international market competition, demand and supply. The companies have to take the consideration of demographics, political development and for the companies’ stakeholders’ importance is significant. As observed by Forsgren and Johanson (2014), globalisation is causing nuclear family and consequently, the fall of the value system in emerging countries just like the developed countries. MNC's are set up in metro cities in emerging countries. Nuclear families are more based on utilitarianism, therefore, in case of any dispute relations ends. Dissatisfied and stressed people go to prostitutes and ultimately causing damage to the family structure.

Reasons behind the MNEs internationalisation

Pull factors in internationalisation are those factors in a country which attract foreign investors. Foreign investors sometimes like the new markets to expand the business for the growth of the company (Sharma 2015). Most of the MNEs in recent time want to expand the businesses in Asian countries as Asian economies are growing along with it has maximum numbers of customers. In addition, foreign investors also check the greater efficiency of the country (Picciotto and Mayne 2016). For example, Italy is energy efficient country and Italy observed the development in the transport sector and it has slowed the industrial sector which may account to almost 25% of the GDP. Sweden based company Volvo Group, which is in transportation and in heavy equipment production businesses entered Italy. Italy provides the facility of doing businesses efficiently and it would produce the buses, truck, marine and industrial engines. Till date, Volvo manufactured the products in Sweden, Belgium and in China. The investors also observe the proximity to the resources while doing the businesses in foreign countries. Volvo did not do well in business. Geely, the Chinese car marker was interested to purchase Volvo and they made the business separate. Geely's takeover of Volvo signals the ambition of China's car companies to expand the business (Businessstandard.com 2018). In addition, the companies want to access to technologies and skills from the countries and from the skilled employees. In India, most of the MNEs want to expand the businesses because it has skilled employees and it has been working to develop the technologies. Most importantly, investors also judge the proximity to customers. For example, Xiaomi Corporation is China-based Electronics Company and it expands the businesses to India, Singapore and Malaysia to sell the electronic gadgets. Xiaomi wants to sell the products where the company will have a large number of customers. Xiomi chose India as it can provide the access of 1.2 billion populations and the midscale market segment can easily be captured.

The companies can internationalise the businesses in mainly four ways.

Foreign Direct Investment: In international businesses, the companies can start a subsidiary in the foreign market. In subsidiary business, the parent company controls the business. Lamborghini automobile has its parent company is Audi and Audi is owned by Volkswagen. In addition, the companies can choose to expand the business through a joint venture where two companies can join to develop the market. Moreover, the acquisition is another example of foreign investment where a company can make acquisition of foreign business to expand the market (Mok et al. 2014).

Portfolio investment: The companies can do ownership stake as it is a shared ownership in the company by the founders. As stated by Neelankavil (2015), ownership stake is also called the controlling interest by taking 50% of the ownership.

Critically evaluate the impact of globalisation on consumers

Globalisation impacts on the correlated economic stability and political movement. As stated by Dolphin (2015), globalisation is of two types; elite globalisation represents minority forces and other globalisation is making money. In Southeast Asia, globalisation creates the free-market system with trade barriers and free trade allows competition also. Therefore, the consumers get the chance to savour different types of products and consumers also get the chance to taste the international products and services (Yu et al. 2014). Today's economy is consumer driven and consumers accept the foreign-made products. However, some of the consumers do not like to purchase foreign products. Some of the consumers arise the questions of working condition in a foreign market. The countries start the fair-trade movement through which the workers receive the fair and large compensation for what the workers produce (Gilpin 2018).

With the advancement of time, the globalisation brings new technologies and products to the merging countries. Competition generally increases with time as foreign-made products are cheap and the quality of the products is good. Products availability is given the consumers enough choices to buy from. The technology has improved with time and Nokia Company is another example of ill-effect of globalisation. Nokia is a Finland based company and it was one of the successful companies in the previous time in the world market by offering mobile devices. Stagnant has come in the handset making business and Nokia has started to face the mammoth challenges from the competitors. The taste of the consumers has been changed with time and Nokia failed to change itself with time and with emerging technologies (Theregister.com 2018). Apple has brought iOs and Google has brought the Android operating system with a duration of time.

It has been observed that international trade always creates a win-win situation. There is no deal unless both parties see benefit from the transaction. At the same time, around the world, people enjoy cheap products which they can't produce at the same cost. Globalisation enables trade globally, with more partners and with more variety. It generates interactions between people, improves mutual understanding, makes friends and generally helps to create co-operation. Global economy exploded, partly due to globalisation and our living conditions improve as well. Globalisation is also a competition; blue-collar workers are competing with someone in a poor country where they are happy to take a job at a fraction of the wage. While the whole human experience improves, there is, of course, winners and losers. People are losing their jobs to the poor countries, those making a huge profit because their work is accepted by billions of people across the world.