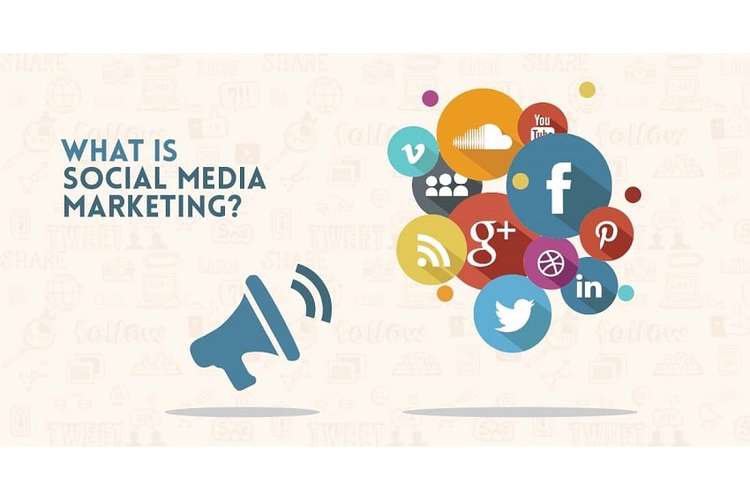 However, the development of such trend has raised issues at the work, whether it is boosting the performance or rather depreciating. It is believed that the productivity of all the industries in the world is dependent on the output of the employees working in them but the dilemma here is that due to technological advancement and introduction of social media that people can access on smartphones, almost all the time is spent on these platforms. This has greatly impacted on the success and growth of some of these industrial sectors (Leonardi, Huysman, & Steinfield, 2013, 15).

Since the time of its invention, social media has gained popularity at a rocket’s speed, over billions of people are using social media around the world. this is evidenced by the number of applications download from the app stores. Nonetheless, the use of social media by the employees in the industries during the working hours are increasingly raising concerns towards productivity (Majchrzak, Faraj, Kane, & Azad, 2013, p.55). In other way, research has indicated that employees in Australia spend too much time on the social networks like Facebook, Instagram twitter, WhatsApp among others sharing information. This is deemed unprofessional by many scholars as it is assumed that confidential information from the respective firms can easily be linked/ breach of confidentiality. Furtherly, productivity and employer-employee relationships is also believed to have been hampered. According to research that was made in 2012, it was specified that the employees spend a lot of time on social media chatting with friends family members and co-workers and this affects their productivity (Dabbagh, & Kitsantas, 2012, p.3)

On the other hand, social media use is continually being encouraged as a strategy of engagement during working hours. More time and costs are saved as confidential messaged can be delivered among the working community of a company at a reduced cost. The used of social media groups have also acted as discussion forum, which in turn, has stimulated good relationship among employees (Williams, Crittenden, Keo, & McCarty, 2012, p.136)

It is therefore unjustifiable if social media is a boost to employee performance or rather a destruction. An absolute intuition is induced, intended to examine how the use of social media in the workplace has affected the productivity of employees in different industries.

The main aim of this research study is to find out and investigate how using social media at the workplace has impacted on the employees, performance in the industrial sector. In simple terms, the following are the objectives of the study;

Research aim; The major aim of this research study is to ensure that a lasting solution is proposed as a professional code of conduct by all the employees to ensure that social media use is regulated at the workplace.

Research questions; The purpose of this research study is to answer all the questions that have raised too much anxiety on why productivity of employees in the industrial sector has reduced. These questions are;

These questions will help to answer the main objectives of this study and help the industrial group to decide whether social media should continue to be used at the workplace or completely stopped in order to improve on the productivity of employees in the industrial sector (De & Counts, 2013, p.316).

Justification of the project

The study of social media use by employees in the industrial sector of Australia is very important because it will help to find ways of solving the recurring analogies and create straggles for passing policies for the employers (Lovejoy, & Saxton, 2012, p.357). The ability to have the core facts in regard to social media can help in the re-structuring policies towards improving employee productivity either by scrapping of social media or encouraging. This study will the following issues.

This study will help to reveal how using social media at the workplace is reduces the productivity of employees in the firms and propose possible ways stopping its use if it truly affects negatively. As industries are also looking for the major cause of low productivity and performance of employees, this study will also to show the industrial owners on how social media use is very dangerous on the growth of the industries. It will also help to reveal how their employees can lead to the collapse of industries by sharing its confidential information to their family members, friends and other competitive companies (Vaast, & Kaganer, 2013, p. 101)

It will still provide an understanding of the major reasons why employees should or not use social media during the working hours. It will also provide an analytical framework for identifying how employees should use social media (Sánchez, Levin, & Del Riego, 2012, p.123) This will help to ensure that the productivity of employees in the industries is improved. The overall research report that will be presented can help other industries to take on the same strategy in order in the line of production to ensure that the performance and productivity of their employees is improved (Chung, & Koo, 2015, p.229)

A series of research reports have indicated that the increasing use of social media at the work place by industrial workers is negatively collated to the employee’s productivity. It is believed that more time is dedicated to viewing irrelevant posts and chatting will significantly lower the performance (Ravenscroft, Schmidt, Cook, & Bradley, 2012, p.249). Productivity of employees has been defined as the quantity of output that an employee can produce in a given period of time using a specific amount of resources. In other words, it is how much an employee is able to yield out of the available resources (Obar, Zube, & Lampe,2012, p.25). An employee can produce much from the given resources and less from the same resources given. When extra output is realized from the same amount of resources given, the employee is regarded as efficient and vice vasa. In regard to this, research studies have indicated that with the continued use of social media at the workplace, destruction, poor quality, decline in involvement and skills, immoral behaviours among others are witnessed (Bucher, Fieseler, & Suphan,2013, p.1667). If excessive use and adoption of something is repeatedly done it is called addiction which may lead to wastage of resources and time (Schwartz et al., 2013). When such addiction is instilled in employees, their behaviours changes which may lead to change and decline in the quality of the products produced. This affects a firms’ reputation especially when quality and volume of production is compromised (Ainin, Parveen, Moghavvemi, Jaafar, & Mohd Shuib, 2015, p.588

On the other hand, some scholars have strongly argued that social media is a necessary tool that should be part of work. Most of the businesses are highly dependent on internet and social media in particular, which implies that social media acts as a boost to its performance in the market by increasing awareness (Zappavigna, 2012). Basing on the analogy that social media is a virtual world of socialization, interaction and engagement, abundant knowledge can be got from the “virtual world”. additionally, there are arguments are based on scientific views of emotional and psychological depression. It is believed that social media provides refreshment sessions during working time which helps in the reduction of fatigue (Oliveira, & Welch, 2013, p.405). This study will also show how excessive use of social media has led to distraction whereby sometimes employees are diverted from work and go for social media. However, research has shown that social media promotes knowledge and learning, and improves on communication when it is used in the appropriate way (Cao, Vogel, Guo, Liu, & Gu, 2012, p.3947)

It is therefore justifiable that there have been continuous divergent views in reference to the social media usage at the work place, some attaching positive points of view while others have a negative perception. It is therefore typical to conduct a careful research study that will assist in establishing the core facts in reference to social media usage at work place (Hedman, & Djerf-Pierre, 2013, p.385)

According to the problem statement and the research objectives, the following research hypothesis can be proposed that will be tested in this study.

H0:social media use at the workplace lowers employee productivity

H1: the use of social media at the work place does not affect employee productivity

Ho: Communication among employees at the workplace is significantly affected by social media

H1 Social media usage at the workplace does not in an way affect the communication among employees’ the workplace.

H1 Social media does not boost employee’s knowledge in anyway

As this research is on a social phenomenon mixed research methodology will be used in order to provide relevant report that will not have any bias from the stakeholders of this project. And these methods are discussed below.

1. Literature review:For the secondary data, different literature review which are in line with the research study, different books that has been published about industrial performance management and employee’s productivity in Australia will be reviewed, other sources such as Google scholar, online libraries, articles and magazines will be used as a source of secondary research (Picazo, Gutiérrez, & Luna, 2012, p.511)

2. Population:The target population of the study will consist of all the employees in the industrial sector, all the population in Australia that use social media in their workplace and industries. Due to many people in the industrial sector, stratified sampling technique will be used whereby all the employees that are on social media will be identified and selected to provide data on behalf of the entire group.

4. Data collection: As source of primary data, interviews and questionnaires will also be used.

Questionnaires will be designed and distributed to both the employees and owners of the industries. Different types of questions will be used to ensure proper data collection on the employees conduct of on social media.

Organization of the study

2. Chapter two; this section of the study will have a detailed discussion of the theories related to the research study.

3. Chapter three;It will also involve the in-depth evaluation of other people’s perception in reference to the study. A review of what others perceive the topic of study

4. Chapter four;detailed explanation of the methodology used in the research study will be put in this section of the study. A comprehensive elucidation of all the data collection processes and methods. These will include but not limited to the sampling method, population of the study, data collection methods, and reviewing of relevant literature studies from relevant and reliable recent sources.

5. Chapter five; this will include all the research findings from the study including a critical analysis of the data collected