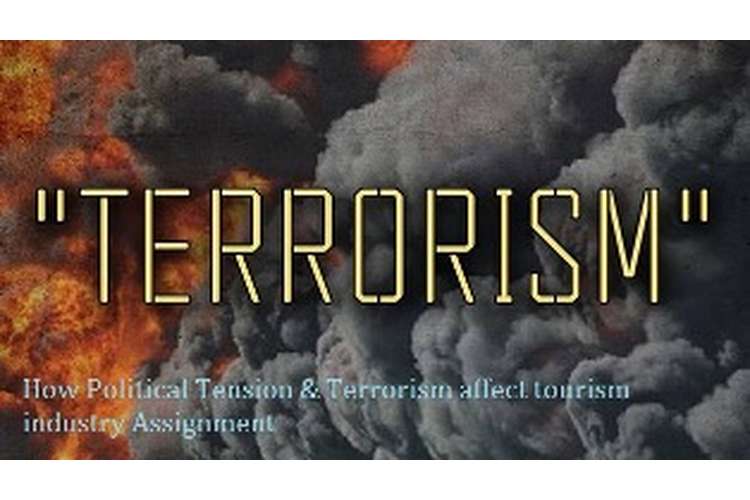 Tourism is basically a vital source in order to generate revenue as well as component of economic development. International travel and tourism is an important contributor to economic development as well as economic growth globally. For various developing countries travel and tourism contributes as the primary export company. The major problem and threats confronted by the industry are related to terrorism and even socio-economic problem that automatically leads to crimes, riots and deaths. Here in this report, the researcher discusses political tension and terrorism that vigorously affect the tourism industry. The report will fully describe the major issues that occur in the travel andtourism industrydue to the activities by terrorism in the country. This report will totally focuses on the real world in the country’s economic development as well as terrorism disasters that affect the international tourism sectors also. 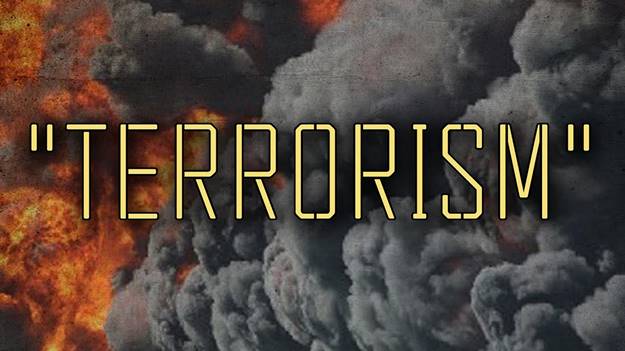 Effect of Terrorism on Tourism

The effect of terrorism on the country’s economy is quite enormous that eventually leads to homelessness, crimes, riots, unemployment, and crisis of food and shelter and at the same time deaths of many innocent people’s lives. The tourism industries and major organizations serve both developing nations as well as industrialized countries(Hotel Research & Development, 1975). The consequences expanded beyond performances directly aligned with the tourism, airlines industry, catering as well as hotels to the sectors that provide intermediate products which are purchased by the industries and employees in the firm, therefore various sectors of the economy are affected to greater level. International tourism is the business that lives on private communications as has a message for allowing as well as facilitating face to face intercultural messages (Kennelly, 2014). An accomplished tourism industry requires political stability, security, safeguard, peace as well as capable dialogues amongst various groups of individuals without any mental restrictions.

Terrorism against tourism as well as in tourist venues and places can be politically or culturally influenced activity (Paraskevas and Arendell, 2007). There are different instances that highlights the effects of terrorism on tourism such as different attacks in London, France, Egypt, India and much more are there. Tourism industries is a dynamic industry as well as competitive business that needs the capability to continuously modify to consumers changing requirements and demands because the customer’s satisfaction, safety and safety are specifically the concentration of tourism industries. Tourism is basically the activities of individual’s travelling to as well as staying in destinations outside their usual environment (Pitteloud, 2007). The tourism industry generates considerable economic advantages to the both host nations as well as native countries. It is a significant industry to developing nations as the main advantages of tourism to a nation are tax revenues, foreign exchange earnings as well as employment for labors in the company. Terrorism also destroys tourism industry in UK through reducing tourist arrivals in the country (Simpson and Simpson, 2011). Terrorists attacks UK and at the same time constantly threaten the tourists by the sudden attacks in the country. Because of this reason terrorist attacks continuously reduces the foreign direct investment.

The terrorists and political violence also destroys the tourism sectors supply and demand as this business is quite sensitive to all terrorist acts. The impacts of terrorism on tourism decisions have been an area of research consideration on demand (Thompson, 2011).Because of the reduction in the international tourist in UK various tourism industry labors loosen their employment and jobs. The international worker company predicts that as much as 9 million of the global 200 million tourism labors loses their employment and jobs only because of the terrorist attacks. Tourism sector is the sector that unfavorably impacting through the declination in demand. Apart from UK, for various other countries in the developing world, tourism is a vital source for the generation of revenue and at the same time large component of economic growth.

Disasters from terrorists’ attacks form problematic situations for the distressed region and also its venue. Tourism sector internationally as well as locally specifically affected through terrorism as when some things occurs it disturbs the functioning of tourism as well as associated sectors. Each and every year more than billion dollars are contributed on opposing terrorism. Along with this millions of dollars missing in property losses, loss of human resources as well as declines in key businesses capable profit such as aviation, hotel, transportation and tourism industry(Tourism after 11 September 2001, 2001). It is a plaque on world economic impacts as well as impacts on each and everybody from whole nations to the entire way down to people. Terrorism in recent years has increase in fear as well as desire huge level of safeguard and safety. The amount of terrorism can be broken down into segments of regions as well as come down to direct impacts that response amounts and at the same time impacts on tourism industry. Terrorism causes sudden and unexpected economic growth as well as political consequences that pervade the labor as well as free market values and principles.

As the terrorism has declined the services of airline travelling service due to terrorist attacks, it has also affected the car rental industry and can easily affect the auto manufacturing companies (Bhattarai, Conway and Shrestha, 2005). Rental companies have already started to cancel orders for new vehicles. Rental Operators has decreased many operations, such as, trimming staff, new vehicle deliveries. The rental of the airport industry has been down to 20 percent to 25 percent.

Form the above report it has been found that the major problem and threats confronted by the industry are related to terrorism and even socio-economic problem that automatically leads to crimes, riots and deaths. Here in this report, the researcher discusses political tension and terrorism that vigorously affect the tourism industry. Terrorism also destroys tourism industry in UK through reducing tourist arrivals in the country. Terrorists attacks UK and at the same time constantly threaten the tourists by the sudden attacks in the country. For this reason the government sections as well as other sections of community and society should have a forward looking policy and laws in order to deal with the terrorism that does not affects tourism.