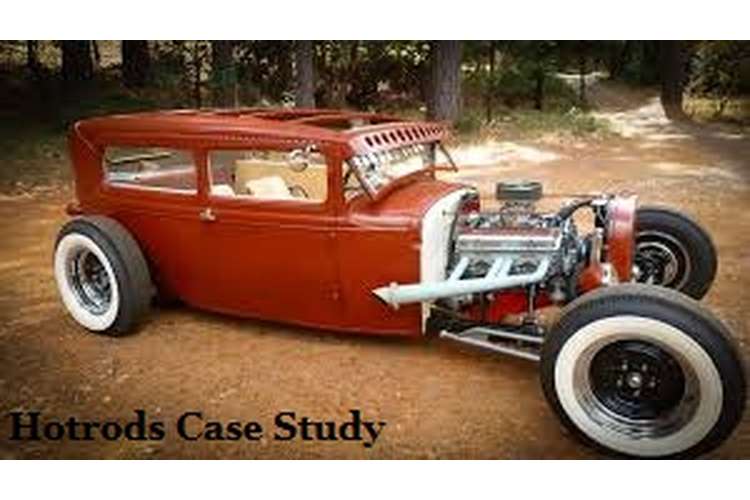 The current case study is entirely focused to the case of Hotrods vehicle defects which caused immense number of accidents, injuries and deaths of the people. This hotrods case study assignment solution would include the information of the case and would evaluate the same effectively. It would even include the recommendations to implement effective strategies to recover the losses of its reputation within the marketplace.  Furthermore, this report would identify certain actions in order to restore the image of the Hotrod brand and assists the management in re-establishing the brand in the market and gain the trusts of the customers again. 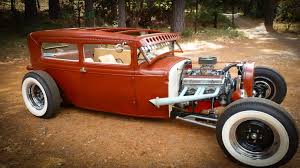 The basic aim of this case study is to identify the root causes of the issues in the vehicles and convey the information to the common public. This report is highly focused with the restoration of the brand image and reputation among the public so that to rebuild its sales records in the market.

1. Press release which conveys the information of the company

Hotrods is ready to rule the roads

California-The Hotrod car company had recently announced that it would be providing with the best standard models of car with the assurance of the quality and proper arrangements. This would be effective from the current date and would ensure the establishment of the fully investigated model with no defects. In past some times, the issue found in the Hotrods vehicles leading to the unintentional acceleration which caused several accidents and deaths due to the same. The vehicles however were recalled but with a statement that it has no issues and the acceleration is due to the foot mats. The highway safety administration (HSA) had investigated the issues and revealed that a set of rubber floor mats being designed for the Buick RX 470 SUV had been placed over the top of the ES 350's stock carpeted floor mats and made the accelerator pedal become jammed against them, causing the car to accelerate out of control. It has been identified that the company distributed letters to the owners notifying them about the imminent recalls of the vehicles and to fix the unintended acceleration issue. The letters of Hotrods even stated that there is "no defect exists." This statements highly unusual and developed a negative image about the company. Therefore, after recording numerous issues and complaints Hotrods had initiated with the investigations so that to make sure about the issues and identify the actual loopholes. In regards to this, the officials had now claimed that the problems of unintentional accelerating had been investigated and resolved to the fullest. Along with this, the cars were recalled and the accelerator pedals were replaced in all the models with a redesigned unit. The owners of the cars were even advised to report any of the issue to the local Hotrod dealer. It has been stated that the car is now completely ready to be used and would to lead to any of the earlier causes.  The investigating team of Hotrods had assured and approved the model out of the problem being raised earlier. The officials of Hatrods have even revealed that the company acquires a strategy in order to solve the issues with the vehicles. It has been even stated by the officials of Hotrods that the investigators and the professionals had worked upon the issues and had resolved the defect in all of its models. The company’s officials had provided with the assurances of the public that they can trust the Hotrod brand and be confident in terms of safety of the Hotrod vehicles. The information had been publically conveyed with the proved investigating report and a live test drives which indicated the success of the vehicle on the road along with the safety standards.

2. Advice to Hotrod’s CEO and senior management on the strategies to implement in order to recover their loss in reputation

It is very much important for the organisations to establish their roots in the market with the effective marketing strategy so that to gain an enhanced levels of trust and reputation among the customers.  The companies losing the reputation experiences immense downfall in terms of the sales, brand image, value and market share within its industry. It has been mostly seen that the products causing severe losses to the public and their other properties would be surely decline with a drastic speed. Similarly in case of Hotrod, the accelerating issues in the cars caused the accidents and thus lead to the decline in its sales as well as the brand image of all the models of the company (Wilson, 2012). There are wide ranges of the strategies which could be used by the organisation to gain its reputation and re-establish its operation within the market. Hotrods could initiate various attempts by developing enhanced public relations which would help in collecting the loyalty and trustworthiness. The senior authorities of Hotrods must communicate the issues to its customers so that to make them aware about the same and reduce the impacts of the issues over them. The organisation must apologise the customer for the impacts and must be kept at the priority after the crisis.

It is very much important to provide the customer the importance and value so that to make them feel prioritised by the company. The authorities must continuously focus on the investigation of the issues and convey the detail about the resolution to the customers. For instance, agreeing to the faults and recalling the cars and fixing the issues would have created trustworthiness among the customers. Public relation is been considered to be the most suitable way of re-building the reputation of a brand as its directly links to the common public and conveys the relevant information  about the business (Garcia, 2016). However, Hotrods could also recover the losses of reputation by displaying detailed investigations and approvals of the quality standards by the governmental authorities like Highway safety administrations and other concerns. By making a public declaration within the market about the safety and security of the vehicles and offering test drives to the people would also contribute in enhancing the trust factors among the people.

3. Analysis of the actions of Hotrod in relation to image restoration

A) Do you find Hotrod’s explanation credible? Explain.
Image restoration is been considered to be a critical aspect which requires using various number of initiatives and strategies to establish the root in the market. The respond of Hotrod towards the issues was not credible towards the consumers and thus disappointed the owners of the vehicles to the great extent. With respect to the case study, it has been found that the company initially denied accepting its faults and stated various illogical explanations for the same (Stanfield, 2013). The authorities stated various explanations such as the acceleration is due to the foot mates, instructed the dealers to remove the pedals and replace them with the new, stated letter with "no defect exists" statements, etc. Thus, the explanation was not credible for the customers and made an adverse impact over them.

B) Do you believe Hotrod is telling the truth? Provide support from the case study for your view.
It is not been identified out of the case study that Hotrod had not displayed the entire truth among the people and had initiated misleading them several times. The case represented many of the incidents where the company denied accepting the issues and provided with various logics and explanations (Borg, 2014). The company had announced during these issues that it is limiting the sale of all the models being affected by the pedal recall and would shut down the assembly line of the same for some specific periods of time so that to assess and manage the activities.  It has been identified in one of the reports that the issue continued even after the replacements and the engine was racing without any pressure on the accelerator pedal, even the floor mats were properly installed. Thus, the company was not reliable and disclosing the truth.

With the above report it has been concluded that the accelerating issues in the vehicles of Hotrods had caused immense number of accidents which lead to the decline in its sales as well as the brand image of all the models of the company. It is been therefore recommended that the senior authorities of Hotrods must communicate the issues to its customers so that to make them aware about the same and reduce the impacts of the issues over them. It is even advised that the authorities must continuously focus on the investigation of the issues and convey the detail about the resolution to the customers.