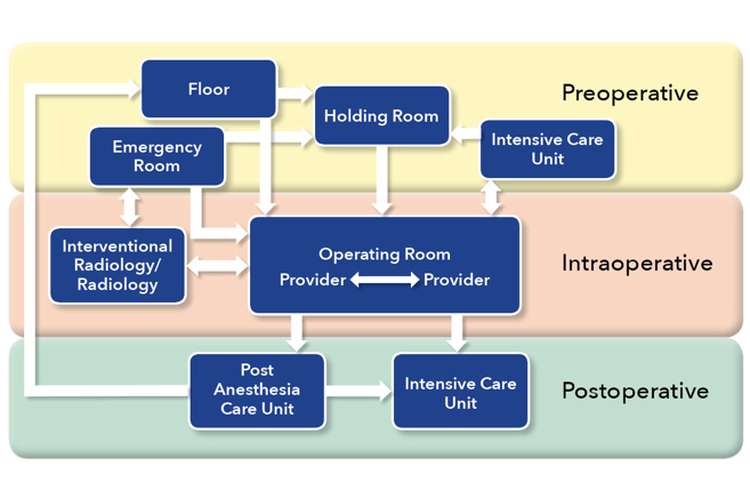 Nursing responsibility in the perioperative stage is involved with three different processes and these involve the process of preoperative health care, postoperative care, and intra-operative care. The policy of maintaining patient safety and the environment of increasing resurrection ability of the patient is described here.

In the aspect of analyzing the role of the nursing individual in the process of managing all the aspects of anatomy and physiology, aspect of cataract is considered by the researcher in this research(Moorhead et al. 2014). Cataract refers to a clouding of the lens in human eyes that often leads to blurred vision. In usual circumstances cataract is observe d to develop in one of the eyes and it is very seldom that both eyes are affected. Some of the critical symptoms that are related to this disease involve fading nature of colors, blurred type of vision, and occurrence of halos round the lights. This type of poor nature of vision often leads to depression and other psychological problems. Some of the factors such as diabetes, smoking and even a long duration in sunlight can often cause problem of cataract in eyes.

Pain regarding cataract is often considered as the result of this blurred vision that is often the result of above mentioned concerns(Nettina, Msn & Nettina, 2013). One of the most critical point that is associated with this disease of cataract is the tendency of getting confused with the objects and occurrence of pressure in eyes after action of confusion. A clump of protein that is mainly of yellowish brown in color is often observed in the eyes that act to decrease the amount of vision ability of eyes. This situation causes extensive problem to vision and thus surgery is the only option in case of protein deposition or cataract disease. It is to be remembered that transportation of light to the retina that is situated at the back of the eye is the main cause of vision also gets affected by this cataract and thus taking immediate action in such case is of utmost importance(Blomberg et al. 2015). To avoid this particular state of condition, cataract is often considered for surgery in case of discomfort. As there is no other way of finding a solution t this problem and making the other important parts of eye especially the retina safe, taking decision in favor of the surgery is taken very easily.

Such patients are often subjected to blurred vision and in this regard it important to manage the fluid level of the eye of patient before going for operation. This involves administering of proper application of three different fluids to the patient to allow fast gain of eye fluids(Gregory, Bolling & Langston, 2014).

Before operation vital signs of the patients must be recorded at the interval of every 2-4 hours as this helps in the process of better assessment of patient condition.

b. The above mentioned assessments are very important in order to get better information of the present condition of the patient and to make him ready for the operation.

1st assessment process is important in order to bring the patient at a stable in which operation can be formulated. Thus it is also needed to keep the balance of important eye fluids that are lost in the process of extensive loss of eye fluid(Kain et al. 2014).

Second assessment is also very important in order to measure the amount and severity of blurriness in eyes of the patient. The severity index of blurriness is often related to estimation of the time of operation that is required for a particular patient. This helps in attaining better success in the operational phase.

Abnormal values related to the second assessment involve increased amount of blurriness in the eyes of patient. In normal circumstances, improve in overall blur index is the normal sign and that is also required for perfect surgery of cataract. Thus lowering of the vision quotient is regarded as abnormal signs.

In case of decrease in the amount of vision felt by the patient can be critical and being a nurse other tests such as retina examination is regarded as one of the most important process to be followed. This is important to confirm proper measure of vision of the eyes resulting from heavy exposure to sun or result of extensive diabetes.

In the preoperative patient preparation, any source of food should be avoided from the patient to intake. Ingestion of food in such extensive condition of cataract is related to the process of maintaining body metabolic rate.

On the day of surgery plenty of water is to be administered to the patient for intake and intake f water should be stopped 3 hours before the onset of operation. Diabetic pills should also be avoided in such attaining good operative condition(Søndergaard et al. 2017).

f. Before the onset of any surgical operation, it is important to educate the patients of some aspects as they have the basic right of knowing about the care that is offered to them.These involve,

Nature of the operation and type of tools are to be used during a particular operation is to be confronted with the patients.

Nature of anesthesia that is to be used in the process of a particular operation is also to be educated to the patients as different methods of anesthesia gives a different type of results.

Sterile drapes are to be kept covered in proper manner so that no microorganism or liquid can cause problem to the tools.

Peel open packages are to be opened in proper manner as the sterile boundary is located in the inner side and to avoid any touch.

The entire table of keeping the steriles should be free of any dust or water as that can often lead to contamination of germs of other substances(Tschirch et al. 2017).

The process of maintaining such count is important to maintain the safety of the patient. There is always a risk of accountable instruments being retained in the patient requires proper documentation. This process can be avoided in the case where there is no risk associated with instrument retention in surgery.

c. Surgical conscience can be stated as the willingness liable for each of the patient in relation to the actions that will be provided as the mean of health care management. This also involves no hesitation will be there in order to admit a break in aseptic process as a mean of protecting the patient from any type of surgical infection. Being a medical practitioner it is thus important to treat all the patients in the same manner and conserve the confidentiality of each patient(White & Spruce, 2015). This is termed as the main concept of surgical conscience in the operational phase.

d. There are many surgical positions that are related to the process of operation or surgery. All these positions are based on the portion of body that is under consideration for the operation. In concern to the chosen concept of cataract operation, Suprine position is used for attaining a greater percentage of success in cataract operation. In this particular position, a patient is subjected to lie flat to his back on the concerned bed where operational activity will occur. After positioning the patient in this manner, a better and clear vision of the eyes is attained by the operative doctors.

e.Four most important surgical instruments that is related to appendectomy involves the following,

Scissors: These are used mainly to cut the cataract with precision.

Forceps: These are used mainly to hold the cataract gland and prevent any slip out.

Scalpel: This is mainly used for the purpose of making a dissection of anatomical structure.

Kidney dish: This is used to keep the operated protein lump in a safe manner and to avoid onset of any infection.

f. In the process of surgery related to cataract operation, one of the most used sedative is the Ketamine IV(Tschirch et al. 2017).  This is related to prevent the occurrence of hypoxia in a certain patient.

Action of Ketamine intravenous is very good when it is used as sub-dissociative dose mainly as a mean of analgesic. For the patients who have undergone any surgery, occurrence of hypoxia and hypoventilation is common and this drug prevents this.

Side effects: Some of the most prevalent side effects involve,

g. As per the guidelines of the Mater Health Service is concerned, one of the key organizational policy in this particular regard is involves enforcement of same medical facility for all the patients to avoid any variance to all the patients. This facilitates proper care for all patients(Moorhead et al. 2014).

h. In the course of cataract operation, the series of observation involves three main tasks and these are as follows,

The incision event involving opening into the sclera, forming of a tunnel to take te piece out and entering into the anterior chamber of eye.

The observation is related to the mobilization of the nucleus.

Dilation of the pupil is attained in this process of mobilization.

Method of hydrodissection is used for further mobilization process of the nucleus.

Removal of the nucleus is third important observation involving injection of viscoelastic agent to preserve endothelium of cornea.

After removing the nucleus from eye, epinucleus and the cortex part is also removed by combination method of irrigation and aspiration.

Angel of creating the chamber is over measured and leads to prolapsing of iris.

Not proper removal of the protein lump or nucleus.

j. In this particular concern of post operative care, naproxen medicine is used for relieving the patient from postoperative pain of cataract operation.

This medicine mainly acts to provide relief to all kinds of pain especially after operation.

Side effects of this medicine involves,

Dignity and privacy of patients are to be maintained.

Anesthetist must give all description of patients to the concerned nurse.

l. The nurses act in order to preserve the confidentiality of the patients and provide them with proper facility to gain viability as soon as possible. Some of their responsibility involves,

Patients are checked on one-on-one basis by the nurses.

No less than two staff remains there in recovery room.

Cardiovascular stability of the patient is first priority of the nurses.