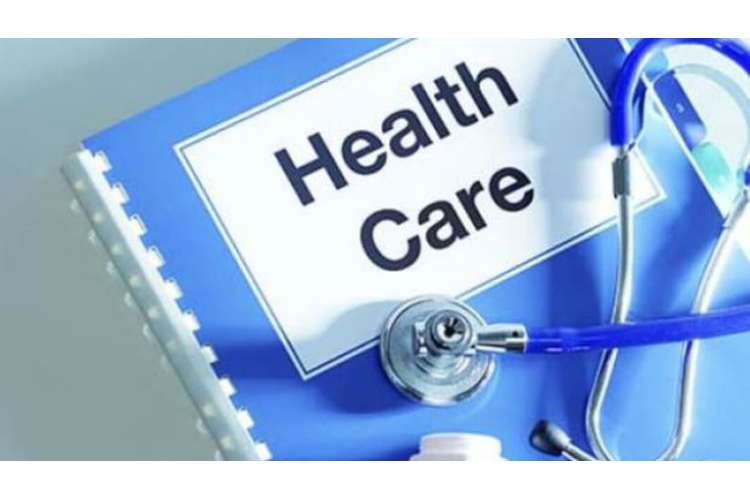 Taking stimulants by students to enhance the academic performance in college has become quite wide prevalent nowadays but it is important for young students to understand the effect and impact of these self prescribed drugs on their health especially in the absence of any medical condition. There are chances that these drugs may cause more harm than good and thus, the young people must be well aware of their overall effect on physical and mental health. A large number of studies have been conducted to assess the impact of these stimulant drugs on the academic performance and overall health. Out of these, two research studies by Hildt, et al. (2014) and Munro, et al. (2017) have been chosen and would be reviewed in this essay, to gather the essential information on these drugs. As per the given scenario,  a student Wasim, who has been suggested by his friends on social media to take such smart drugs for performing well in exams would be evaluating the current evidence and understand whether these stimulants actually improve academic performance or not. 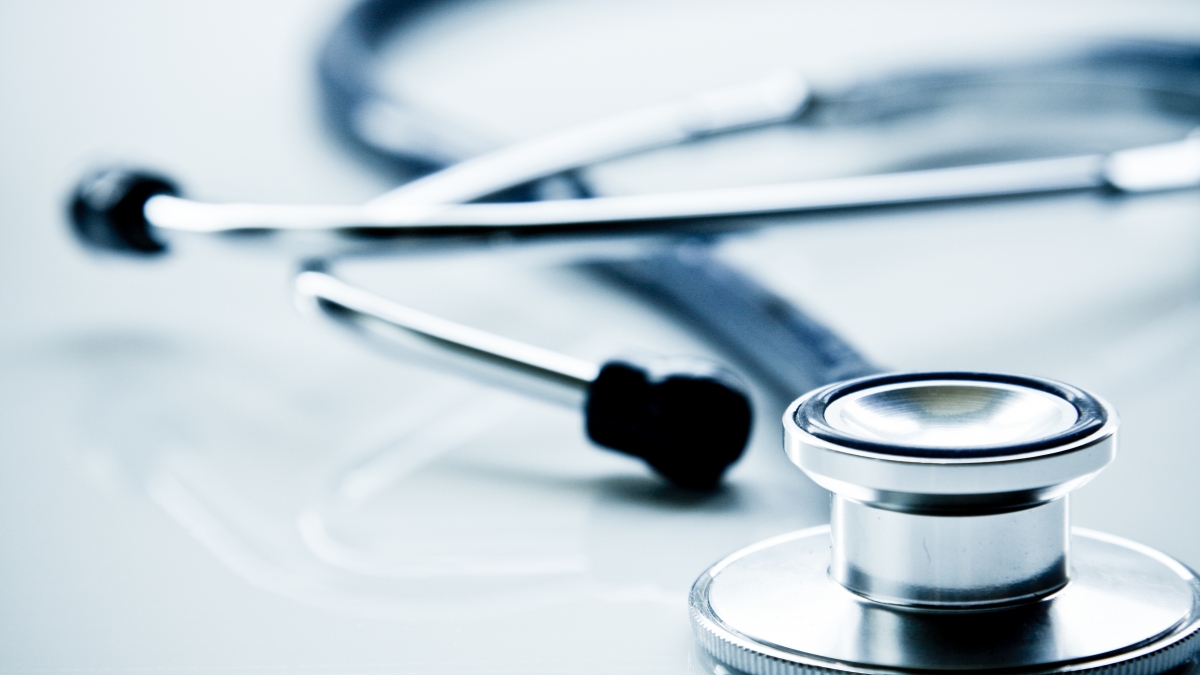 The first research article is carried out by Hildt, E., Lieb, K. and Franke, AG (2014) on assessing the life context of pharmacological academic performance among university students. Hildt, E. is an expert in Neuroethics and is in department of Philosophy in the Johannes Gutenberg University of Mainz while Frank, AG and Lieb, K are in Department of Psychiatry and Psychotherapy in University Medical Centre where Frank is a trainee and Lieb is head of the department. Thus, the authors are highly qualified in their field and are working under expert’s guidance like department head. Thus, their findings and study can be considered valid and reliable. Further, there does not seem any major conflict of interest like any personal, financial or institutional related to the authors of the findings of the study are not there.  The study aimed to examine whether the cognitive enhancement using stimulant drugs is for improving academic results or other purposes are served as well. The phenomenon of improving academic performance in University students using psycho stimulant drugs like Amphetamines has been studied in this research, along with understanding the overall impact on students, their performance and their experiences (Arria & DuPont, 2010).

The authors have suggested that increasingly large numbers of students are getting attracted towards these so called stimulating smart drugs but there is very limited literature and evidence available on the pro cognitive effects of these drugs in healthy people. Studies have been done to assess the academic performance enhancement by substance use along with focusing on their misuse and other effects like partying, getting high etc. But as per the authors the extent to which performance enhancement can be separated from these other purposes is still unclear and thus, this study has been carried out. It would try to fill this literature gap.  Thus, a primary qualitative study was carried out in which an interview of 22 sample individuals was done. Actually, 22 healthy university students without any psychiatric disorders who have used psycho stimulants in the absence of physician’s prescription were selected and interviewed by two people at a time to gather useful information. Their answers were systematically analysed using a qualitative approach in an unbiased manner. This method was quite appropriate for the research as it is providing a primary first hand data directly from the users of smart drug and consider their first hand experience. Their answers were analysed qualitatively to understand the impact of these stimulant drugs on their academic performance as well as other effects.

It was found in the research that stimulant drugs not only enhance academic performance but have multiple other effects as well. Students mostly use these drugs to enhance concentration, increase motivation, and improve memorising and to enhance the time of studying. The students found it useful for leading an active and balanced life where they can study and take sufficient time off, however also found the drugs to cause sleep deprivation, depression and even addiction when taken for long period of time. Although, this study has established numerous beneficial findings but the major limitation of this study is very low sample size of just 18 interviews. The sample size is too small and specific to generalise the findings. Further, there was bias in selecting the participants as frequently available students having sufficient time for interview were selected. Therefore, more studies are required to better understand the impact of stimulant drugs on academic performance.

Another article is by Munro, B. Et al. 2017 on the relationship between non medical use of stimulant drugs, executive functioning and academic outcomes. The author of this article Munro, B is an interdisciplinary Neuroscience Ph. D with an experience in psychological and biological research. She is currently in University of Rhode Island, US along with other authors of the article. The author has done numerous researches and is having strong competency in data skills, technical knowledge and has ability to analyse problem from multidisciplinary perspective. So the findings of the research article can be considered quite valid and reliable. The authors have read and approved the article and have no conflicts of interest.

This research has been conducted to assess the relationship between deficit executive functioning and increased engagement in taking stimulant drugs without any valid prescription in students to improve their academic performance. It was suspected that deficient executive functioning (EF) abilities like the self regulation, cognitive flexibility, planning abilities are linked with decreased academic performance and therefore, these students may use stimulant drugs to improve their academic success. Previous studies suggest that college students take stimulant drugs for academic success and EF skills are essential for performing better in academics, thus, this  research was aimed for examination of relationship between non medical use of prescription stimulants (NMUPS) and EF among college students (Advokat, et al. 2011).As per this study, this relationship between executive functioning, NMUPS and academic performance have never been investigated with complete focus. Although, it is suspected that college students with reduced EF are more likely to take NMUPS, still any literature or data establishing this relationship is absent and therefore, this research has been conducted which the pioneer study is considering this issue (Fraley & Hudson, 2014).

For this research, 308 university students from six different universities across United States served as the sample and a primary quantitative research was being conducted. The primary data from these students was gathered and analysed using Stimulant Survey Questionnaire (SSQ), Barkeley Deficits Executive Functioning Scale (BDEFS) and Grade Point Average (GPA). This study established that 18.8% of studied college students have taken stimulant drugs without prescription and students with deficit EF are more likely to have NMUPS than students with normal EF. In fact, students with self reported EF were found more with NMUPS than students without self reported EF. Thus, the findings of this study was in accordance with previous findings that students with EF deficit are at higher risk of NMUPS than students with average EF as these drugs assist in better time management and managing procrastination. However, the overall effect of these drugs on their functioning is not known. EF deficit students were found with lower academic performance but whether these stimulant drugs help them to improve their performance is still unclear (Palinkas, et al. 2015).

Although this study was first to investigate the relationship between EF, NMUPS and academic outcomes in college students and has assisted in indentifying major risk factors for NMUPS, but there are several limitations of the study. First and foremost, the results cannot be generalised as sample students were mostly White and female and were not random enough. The study was voluntary and thus, the sample cannot represent the entire population. Moreover, students were not having broad range of academic performance as only 3 students were having GPA lower than 2. This study has many limitations along with few biases like response bias, and thus more valid studies are required to establish the relationship between EF, NMUPS and academic outcomes (Daley & Birchwood, 2010).

It can be said that studies have been done on use of non prescribed stimulant drugs among college students to improve their academic performance, but there are many barriers in applying these evidences in practice. First and foremost young students get easily convinced by their peers and start taking medicines without effective research on the effects and impact of these drugs. The pressure to perform in academics is so high that students hardly bother to refer to researches or apply them. Further, interested students also lack direction to find good evidences and even lack access to many studies. For students, it is also difficult to effectively understand or interpret the gathered information, thus, they end up with limited information (Arria, et al. 2018).

Other issues are with the quality and validity of research studies. As these evidence lack appropriate reliability and validity, it becomes difficult to be applied; the findings cannot be always generalized and require further support.

The second evidence by Munro, et al. (2017) has the same population of college students and Intervention of non medical use of prescription stimulants but the remaining questions of comparison and outcome are not related. It was aimed to find the relationship between NMUPS, EF and academic performance and fails to establish the impact of these drugs on overall academic performance. It only established that NMUPS is more likely in students with low EF and low EF is related with poor academic results. Thus, it can be said that many evidences exist but all are not appropriate or valid enough to be applied (Mackey & Gass, 2015).

From this essay, it can be concluded that large number of college and school students are taking stimulant drugs in the absence of prescription for improving their academic performance but they lack sufficient information about the drugs. These stimulant drugs are usually prescribed for people with psychiatric disorders as ADHD but healthy students are also taking the drug considering its stimulant impact of improving concentration, memory and time management. However, the evidences to suggest the actual and overall impact of these drugs on physical and mental health of individuals are limited. There are few studies and research papers conducted on this increasing drug usage, but they too have several limitations. It was found from one of the evidence that these drugs have some beneficial impact on academic performance but also has many side effects like depression, sleeping issues etc that needs to be considered. Another research study identified the risk factor for taking these stimulant drugs and found that students with deficit executive abilities are more prone to take such drugs, thus immediate interventions and steps need to be taken to keep a check upon this drug usage that may cause unlikely effects and even addiction in young students (Taylor, et al. 2015).