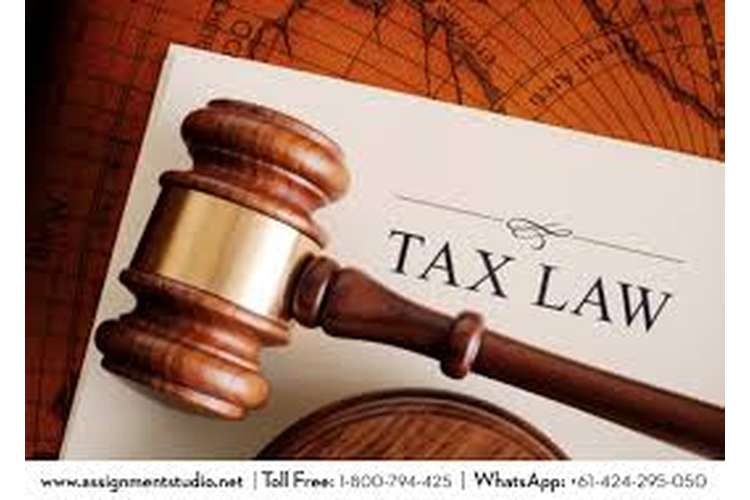 Australia's Howard government has introduced a value added tax in Australia named Goods and service tax. It was a replacement of Federal wholesales tax act. The main objective of the federal government behind the initiation of such new concept is to remove complex tax structure of different state and territory taxes and duties and make the tax structure liberal. The act has certain definitions or concepts which were not cleared due to which issues were arising in following and applying the provisions of goods and service tax. “Quantas Airways Limited v/s Commissioner of Taxation, 2011” is a leading case study in which issue is arrived on the proper and exact meaning of “taxable supply” (Zornada, 2012). The inability of assessing the concept of taxable supply will null the effect of GST liability as it was held in the case of Quantas Airways Limited v/s commissioner of Taxation. This case study explains and examines the Federal court decision made in the issue of Quantas Airways Limited, in relation to domestic air travel fair, where passengers bought air tickets but could not board on the flight. This Case study examines the sections breached or affected of goods and service tax act and final outcomes or decision of the court.

The case study includes Quantas Airways limited v/s Commissioner of taxation focus point of which is the characterisation of the taxable supply. According to the concepts of Goods and Service tax act taxable supply includes two things “purpose and substance” of supply but it could not include actual supply or the word supply means technically. It is the main issue arises in the case study (Zornada, 2012).

Quantas airways limited are a company which issues air tickets to their passengers and charge amount including imposable duties and taxes. Passengers made a booking for seats and could not board on flights or claim refund of their tickets. Government asks Quantas Airways Limited to pay Goods and Service Tax but taxpayer could not fill it and apply to the judiciary body. Judiciary body deals with the issue whether the applicant is liable to pay tax when there was no actual supply of services. Applicant (Quantas Airways Limited) provides income statement which includes income from business activity included with GST. Income of Qantas Airways limited also includes unused fares with GST. Applicant contends that GST was paid on unused fares and the amount of tax should be refundable paid on unused fares. Commissioner of taxation could not consider this and make liable to the applicant to pay a number of full goods and service tax including the GST paid on unused fares. The same was objected by the applicant and commissioner of taxation makes an appeal for the same to Administrative Appellate Tribunal (High Court of Australia, 2012).

The whole issue was presented by appellant to Federal court. It covers following issues:

1. The amount of goods and service tax calculated by Commissioner of taxation was not excessive and relevant.
2. Taxable supplies made by the applicant are partly related with earlier or later tax periods.
3. There was a supply of taxable services which started at the time when passenger booked their tickets.

1. The fare was paid for flight services hired by consumers but if there was no flight no supply of services take place so there was no tax (High Court of Australia, 2012).

On the other hand, Commissioner of taxation argued that the amount paid by passengers was a promise to supply of services to fly not the availability of flight so service provider is liable to pay tax and the same issue is fell in the definition of supply made under the act so GST is applicable on Qantas Airways Limited. Quantas Airways Limited has to pay goods and service tax duties where no actual supply of passenger takes place due to the cancellation of flights. Commissioner of taxation provides a refund of GST paid on refundable tickets and refund of same were claimed by the client but it could refund the amount of GST, which was paid by a passenger on no- refundable tickets. Quantas airways limited were issue air tickets to their passengers and charge amount including imposable duties and taxes on the payment of fare Quantas enters into the contract of supply of services so it is liable to pay tax collected from the client whether the flight was cancelled or not (Australian Government, 2017).

The high court of Australia had given a decision making on this issue that Qantas must have to pay GST on non-refundable airfares even the customer cannot board on the flight. This is an important decision taken by the high court which explains the actual meaning of supply of goods and services for the application of goods and service tax (Australian Government, 2017).

Sections Breached and Reason of Breach:

In the case of Qantas Airways Limited v/s Commissioner of taxation, 2012 covers various areas or sections breach of those takes place. The whole case or issue arises, in this case, includes matter related to taxable services and their applicability (Australian Government, 2017). The sections breached by parties are as follows:

A. Supply of goods
B. Supply of services
C. Provision of  giving advice or share information
D. Financial Supply
E. An entry into or release from an obligation

1. To do anything
2. To refrain from act
3. To tolerate an act or situation.

In the taxable supply of money could not include the supply of money as it is paid for consideration. The term supply includes all supplies of goods or services (Australian Government, 2017).

According to the law taxable supply must include following features:

Explanation: This section was breached by Qantas Airways Limited because it considered that transaction was made between them and their client but it could not complete due to their clients are not shown in flight, so the supply of services could not take place (High court of Australia, 2012).  On the analysis of case issue of Qantas Airways Limited, it is identified that court should use two principal approaches: First is passengers who booked a refundable ticket, cancel or do not shown up for flight and then obtain a refund for it. Second is a passenger who had booked non-refundable tickets, cancels them or could not show up for the flight and failed to obtain a refund for the same. The service provider was permitted for a refund or GST adjustments if it applies for a refund of GST to Australian taxation office after refund claimed by the passengers. The whole issue of dispute arises on the second condition and commissioner argued that Qantas have no right to claim a refund of goods and service tax paid by passengers on non-refundable tickets fares. A number of tickets were not refunded or repaid by the company. It is a logical approach, if GST paid on non-refundable ticket fares is refunded to the company then it benefited with the extra amount of GST which was not actually related to it or not a part of its business activity (High court of Australia, 2012).

In the case of "Commissioner of Taxation v/s, Qantas Airways Limited" High court of Australia made a decision that Qantas have to pay Goods and service tax on the non-refundable ticket fares even the passengers could show up for the flight or not. The high court said that Qantas Airways Limited is liable to pay tax on the now- refundable ticket fairs as there was a supply of services involved whether the actual supply of services take place or not. Qantas airways limited have to pay AUD $ 34 million of GST because which was not part of its income incurred from the business activity so it should be kept with commissioner rather than a supplier of services (Voxy.co.nx, 2017). Such decision has both Positive aspect and negative aspect.

The dispute between service supplier and taxation authority had resolved by the high court the decision given by authority have a significant impact on the society. It clears concept of taxable supply of services. The decision of the High court is made on the concept that services become taxable when the transaction takes place between client and service provider in terms of consideration of money and GST is applicable on client whether client use the services or not (Australian Government, 2017).

This decision explains that taxable supply of services starts when the payment of services made by the client whether it uses the services or not actually and supplier has no right to keep the amount of tax paid by the client (Pwc, 2017).

The decision of this case study is also useful and provides a base to cases related to such issues. Decisions declared that government authorities are liable to retain the amount of taxes, not the service provider because it is not their part of income. So the money collected in the form of tax can be utilised by the government for development of society and it must be assumed by the supplier of services that consumer availed their services so they are liable to pay tax collected on their services to the government.

Other companies while framing rules related with non-refundable fees must consider that they will not liable to retain the amount collected in the form of tax as it is not their property. This decision removes the complexity having in the concept of taxable services of the goods and services tax ((Australian Government, 2017).

Decision made by the court is in the social interest and it covers the criteria of supply of taxable services (Pwc, 2017). But it has some negative aspect if the decision is considered in the point of view of Qantas Airways Limited.  Qantas is a service provider; it formulates and follows the policies as per law. It is not considerable that taxation authority kept the amount of GST paid on non-refundable ticket fares, services on which could not avail by the client.  Passengers were aware of the refundable and non-refundable ticket fare policy of company when they made the contract of supply of services in consideration of contract. If they have no issues regarding the amount of goods and service tax payable on the ticket fare then it should not be objected by the government. Qantas Airways limited argued that actual purpose of the agreement is actual travel which could not take place so there is no supply of taxable services, hence the amount paid as goods and service tax must be refundable ((Australian Government, 2017).

The assignment explains the term “taxable services” with the help of case study “Commissioner of taxation v/s Qantas Airways Limited". The assignment explains that company which is the services providers liable to pay tax on the amount collected from the client, whether the services availed from a client or not. As per the applicable rules of goods and service tax act supply of services are taxable in the consideration and it does not consider the issue related to actual supply.