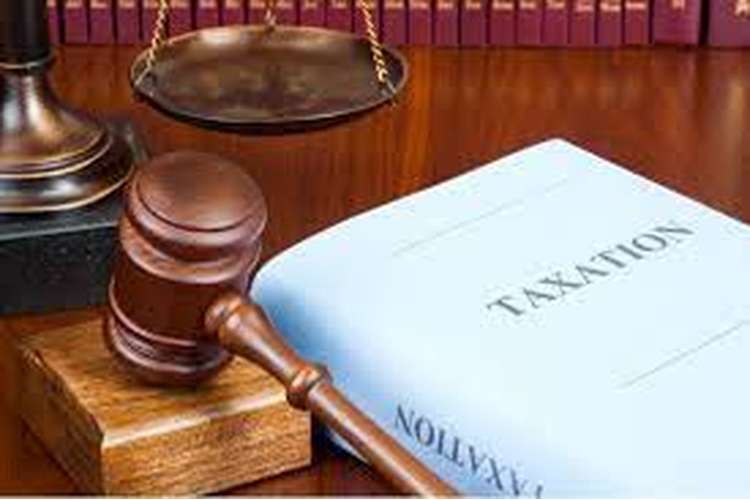 As per the given scenario Fred is working in British company as an executive. He visit Australia in order to set up branch on  behalf of its company and for this purpose he took a residence on lease for a period of 12 months in Australia. In Australia he come up with his wife but leave his two teenage sons in the London only due to commencement of their college session. Fred rented his family home in UK and the income earned in the form of rent get invested by him in France. He also earned interest over the invested amount. These  activities are already performed by the Fred even before shifting to the Australia. Fred fell ill and with this effect he need to leave Australia after the tenure of 11 months from his arrival (Evans, 2012).

1. In Australia he leases home for more than the period of 12 months.
2. He visit Australia in order to open company's branch that helps in rendering management consultancy that shows establishment of business ties.
3. In UK he rent out his family home.
4. He make investment of his rental income in France over which he earn interest.
5. His behaviour remain same like his behaviour before visiting Australia.
6. Due to ill health he got return to UK before 12 months
7. He lives with his wife in Australia whereas his two sons lives in London due to their new college session (Bishop, 2011).

On the basis of the above facts and figures it is identified that Fred is Australian resident for the purpose of taxation for the time duration for which he visited Australia as he stays in Australia for more than 6 months. The intention of visiting Australia is to establish business office branch in Australia and for this purpose he stays in the Melbourne city for a period of more than 6 months. With this effect he become eligible in order to pay taxes as per the Australian taxation law (Bishop, 2011).

This case make inclusion of tax over profit over sale of land. When the amount of ordinary investment is realised over and above in comparison to the amount of its acquisition, then in this case excessive amount didn't get assessed till it is associated with the carrying in or out of business owner investment. Now there is a question get raised that whether the amount of profit amount is considered as earned profit by the individual or association of persons in order to having intention of buying and selling lands and securities or making deals in such investments as a business or not. In these cases profits get taxable (Cassidy, 1994).

On the other hand if the earned profit is not for the purpose of business of didn't earn profits with speculation then such profits is termed as excessive amount from realisation over acquired value and hence not assessable. In this case California Copper Principle get emerged that recommend applicability of twofold test that associated with the determination of business nature and profit earned as a result of such business activities in order to make identification of the assessing ability of profit in order to impose income tax. Therefore, two considerations for the profit taxability get separated on the basis of circumstances of each case and facts that get related specifically to the case (Cassidy, 1994).

This case study is associated with the High court decision over the Scottish Australian Mining Co. Ltd. that get engage into coal mining operations. Company's memorandum of association clearly stated that its primary and initial purpose is to process the coal mining activities and also having power to sell, improve, develop, manage or dispose the company's property. For the purpose of coal mining company purchase the land in the year 1863 and sold it in the year 1923 and earn considerable profit. The result of case held by the High Court that company was not engaged in the business of selling land and with this effect the amount earned with the sale of land get referred as profit for and it should be capital gain and didn't get included in the company's assessable income. The results of the case shows that sale of land made by the mining company get treated as profit with the sale of capital assets and it should not be taxable (Hart, 2007).

This case study is associated with the consideration of the single transactions as a complete business in appropriate circumstances. According to this case a company was formed in order to make acquisition of the lands and fishing stacks that later on it get undertaken by three shareholders that make effective changes in articles and make inclusion of development of land along with subdivision and sales of land. High court identified that for next three years there will be a profit of $7 million and it get assessable because it is earned with the intention of making profits. In order to calculate the profit earned it get remitted to federal court that get followed by the High court holding and get agreed it that land was not a trading stock and the earned profit is not from their carrying business rather it was an profit making scheme (Manyam, 2011).

This case study is associated with the fact as the loss with the sale of isolated property is deducted under subsection 51 (1) of Income Tax Assessment Act 1936 or not. It was observed that loss incurred by the individual taxpayer and his spouse is termed as capital loss. These kinds of losses get deducted from the capital gains only not from the earned income from business. The owner of land was not involved in the business activities such as sale of land and with this effect it is termed as the capital asset sales and profit or loss earned with this sales get termed as capital profit and capital loss that get assessable separately under the capital gain tax regime. The income is not get earned as per the subsection 25(1). Along with this it is also not considered as the earned profit with the help of any profit making scheme by taxpayers. After leaving the land or property for the use of the farming activities in the owners hand in order to support that it was sold for the purpose of realisation only and it is not sold for the purpose of profit making (Smith, 2003).

As per this case study High court stated that the earned profit with the subdivision and sale of land is assessable as the income of tax-payer under the section 25(1) of Income Tax assessment act 1936 with the subdivision and selling was part of carrying business related activities. But Federal court get disagreed with this decision and held that sale of the subdivided blocks by the taxpayer was mere a realisation and not assessable income under the section 25(1). Taxpayer make subdivision of land "Action view" as per the circumstances in order to increase debt and deteriorating health. With this effect it didn't get considered as the taxpayer's plan for the purpose of increasing their profit share by making piecemeal sale of their subdivided land. In the end the fact at the date of last assessment that 1/3rd of property was not get subdivided. Ryan J. also support the fact that taxpayer didn't have any kind of office for the purpose of property sale or for other reason that guide the act of taxpayer in order to make sale of property was motivated in order to make profit expectations rather than facts suggest that external circumstances that results into sale of land for the taxpayer forcefully (Sharkey & Murray, 2016).

This case is associated with the purchase of land in order to sell sand over such land. The land is owned after exhaustions of sand until it get ripe for subdivision. But it got sold out by the company for $500,000 at that time period. But as per the federal court the profit earned over the sale of the land under the section 25 (1) as well as under section 26 (a) of Income Tax assessment Act 1963. As per the court assumption it is not necessary for company to subdivide and make sales without any justification rationale. But there is a reason to make justification of the earned profit making purpose predominantly. Even if the sales and subdivision is not the prime reason of property purchase by taxpayer the court didn't have a rational to make exclusion of the requirement of imposing tax liability over the earned profits under section 25 (1) (Bevacqua, 2015).

As per this case court stated that repetitive and systematic transactions carried by the taxpayer make inclusion of purchase of properties and their subdivisions and sale was made in the parcels intentionally in order to run the business by the taxpayer. With this effect court believe that purchase and sales of the properties made by the taxpayer was made in order to earn profit motive, therefore the income with the sale of land get taxable under the section 25(1) of Income tax assessment Act 1963. The facts and figures related to the case support the decision made by the high court make inclusion of the reason that tax payer make continuous development in the acquired properties and make their sales purposefully after making adequate level of developments and improvements. The losses attained by them due to the effect of the making efforts or running outré business in order to earn assessable income. with this effect the earned losses get deducted because the earned income is taxable (Whait, 2012).

As per this case two brother make purchases of the land and after the acquisition they demolish the old house build over it and make construction of three new townhouses over that land. But before the completion of these town houses they intended to make sales of these townhouses but they didn't get the successful deal due to which they decide to live in it with their families until they didn't get favourable deal. After the period of one and half year they make sales of these units. The court gives a decision that it is an profit making scheme and with this effect it become taxable income. The reason behind this decision was given by the court that property was put into market for the purpose of sales even before their completion. Along with this they didn't make any efforts in order to acquire the tenants for their townhouses. For a period of sometime this property is get utilised for residential purpose by the family members but both brothers have clear motive to sold out property and make use of income for the purpose of paying bank loan. With this effect it is considered as the profit making scheme because they sold out the property in order to earn profits and they need to pay taxes over it (Smith, 2015).

Bevacqua, J. 2015, "ATO accountability and taxpayer fairness : an assessment of the proposal to split the Australian Taxation Office", University of New South Wales Law Journal, The, vol. 38, no. 3, pp. 995-1014.

Evans, C. 2012, "Reviewing the reviews: A comparison of recent tax reviews in Australia, the United Kingdom and New Zealand or "a funny thing happened on the way to the forum"",Journal of Australian Taxation, vol. 14, no. 2, pp. 146-182.

Mangioni, V. 2015, "A review of the practices of valuers in the assessment of land value for taxation in Australia", Journal of Property Tax Assessment & Administration, vol. 12, no. 2, pp. 5.

Smith, A 2003, “Property Development,” For the Taxwise Professional, Taxation Institute of Australia