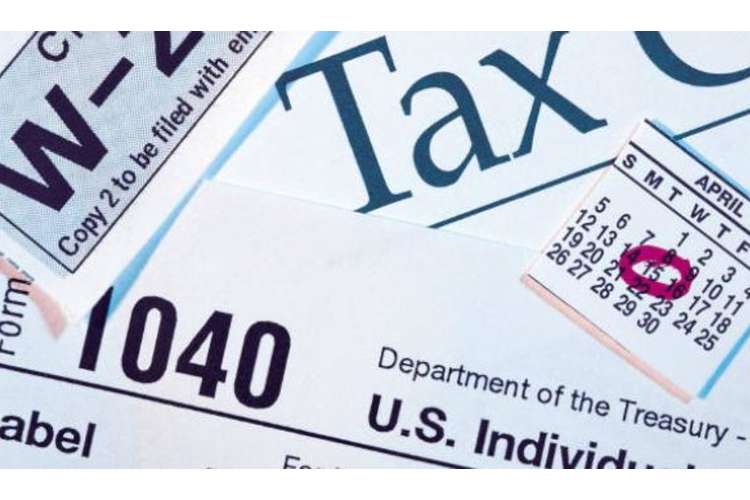 It is known that the client has sold certain assets. In this backdrop, the objective is to highlight the tax consequences to the taxpayer of these sold/disposed capital budgeting assets during the assessment year i.e. 2017/18. In this regards, the hosts of aspects related to the transactions will be critically analysed based on the relevant tax rulings and tax legislation.

The main aspect to understand is that the taxpayer is not running a business and does not intent to run an asset trading operation so as to generate ordinary income. However, she has many collections as well as investments, among which she has sold a land block, shares of four distinguish companies, a famous painting by Australian artist and a violin which she has used for her interest. Moreover, there is also an asset called as antique bed which has been taken by someone (Stolen). These assets are considered as capital assets of the taxpayer and liquidation of these have resulted in capital receipts. These receipts are non-taxable under ordinary concepts under s. 6(5) Income Tax Assessment Act 1997 but the underlying capital gains will be taxed as per the provisions of Capital Gains Tax (CGT) (Woellner, 2017).

The assets will be exempted from CGT only if they are classified as pre-CGT asset. This class of assets are procured at the time when the capital gains were not considered for taxation which is before September 20, 1985 (Sadiq, et.al., 2015). The assets whose ownership was assumed before this specified era of CGT enforceability will not be taxed irrespective of the amount of gains/losses, ownership or asset type or holding period and so forth. Further, special type of CGT exemption would be applied on the capital assets which are categorised as collectables or personal use asset. These two capital assets will only be taxed when the below highlighted condition is satisfied(Nethercott, Richardson and Devos, 2016).

Hence, it can be said that when the assets belonging to the above particular category would fulfil the requisite condition then, the asset’s capital gains/loss will not be exempted from CGT (Reuters, 2017).

There are different steps which are followed to compute the capital gains or capital losses from the liquidation of the capital asset (Gilders, et. al., 2015). However, the main aspect in this regards is to determine the nature of the transaction and its subclass so as to find the exact procedure of determining the capital gains or losses. The complete summary of these transactions are highlighted in s. 104-5, ITAA 1997 (Coleman, 2016). The assets disposal of the given case is a CGT event and the subclass is A1. According to this subclass, the two central elements of the computation of capital gains/losses are listed below (Hodgson, Mortimer and Butler, 2016).

1. Proceeds received from sale
2. Cost Base

Proceeds received from the sale can be contractual payment which the taxpayer will receive as the sale income. Further, when there is an involuntary disposal has been occurred of the asset then the income received from related insurance claim will also be considered as proceeds from asset (Gilders, et. al., 2015).

Cost base includes associated costs or expenses that have been imposed on the taxpayer and hence, all these payment has been paid by taxpayer only at the different stage of asset procurement or selling as highlighted in s. 110 (25) ITAA 1997. There are five key components which are associated with the cost base and are listed below (Krever, 2017).

It is essential to note that it is not necessary that all the five components of cost base are present for every asset. Hence, in that case, the sum of the available component costs would become the cost base of asset. The calculated capital gains will be brought to adjust any present capital losses which is either carry forwarded from previous year or derived from sale of asset under s. 102(5) ITAA 1997 (Coleman, 2016). Further, if no capital losses are available then the capital gains will be taken for concession based on the discount method. For long term capital gains which are derived from the asset with reported holding period of more than 1 year would be entitled for a net discount of 50%. (Krever, 2017). Furthermore, for short term capital gains which are derived from the asset which are reporting holding period of less than 1 year, no discount on capital gains would be available.

According to the understanding drawn from TR 94/29, the taxpayer has to include the payment which has been mentioned in the contract of sale of the asset irrespective of the timing of the payment received (Sadiq et, al., 2015). It provides the clue that if the contract has been made such a way that contract has been signed in the current year but taxpayer will be able to get the payment in next year or later, then the consideration of the sale proceeds will be done in the year of contract enactment (Reuters, 2017).

Taxpayer has disposed five assets during FY2017/18 at different point of time. The first step is to determine which of them are categorised as pre-CGT asset because if the fall in pre-CGT asset then no need to find capital gains/losses because they are exempted from CGT implication. The key decision factor is buying date which represent that date which are prior to September 20, 1985 will refer to pre-CGT asset and thus, CGT exempted.

The above table is indicative of the aspect that only “Painting” belongs to pre-CGT asset and therefore, CGT will be exempted in case of painting disposal. The taxpayer does not need pay CGT on the account of capital gains realisation from painting disposal.

Thereby, remaining four assets will lead to CGT liability on taxpayer which has been computed step by step as shown below.

After 50% discount application, the net capital gains derived from sale of land block are $96,500.

The assets will not be exempted from CGT as it is not classified as pre-CGT asset. Antique bed is collectable. Further, special type of CGT exemption would be applied on the capital assets which are categorised as collectables if the following condition is complied with.

It can be said that antique bed has been acquired for $3500 which is clearly more than the amount stated in the condition and hence, the asset’s capital gains/loss will not be exempted from CGT. Moreover, previous loss ($1500 from disposal of sculpture) will also be adjusted in the capital gains and then after, 50% discount will be applied which then would provide net capital gains from sale. This is because the capital asset (antique bed) has reported a holding period of more than a year.

The net capital gain realised from sale of antique bed amount to $2,250.

This will not be exempted from CGT on the basis of pre-CGT asset as it does not belong to this category. Violin is type of personal use capital asset in this case because taxpayer utilized it for her personal interest and played it daily. It represents that assumption regarding the nature of violin being a personal use asset is correct. Further, special type of CGT exemption would be applied on the capital assets which are categorised as personal use asset. The aspect to check the validity of CGT implication will be decided based on the given condition.

It can be said that violin has been acquired for $5,500 which is clearly not more than the amount stated in condition and hence, the asset’s capital gains/loss will be exempted from CGT.

The summary can be made based on the above analysis and computation that CGT exemption is valid in two cases i.e. painting and violin. The net capital gains are sum of capital gains received from selling of land, shares and antique bed.

FBT consequences will be imposed on employer and not on the employee when the employer has issued fringe benefits to employee.. The potential taxation consequences are specified in “Fringe Benefits Tax Assessment Act 1986 or FBTAA 1986.” Further, the noticeable factor in this regards is that employer who provides benefits to employee but restrict the utilization of the benefits for personal usages would have FBT liability exempted (Coleman, 2016).

This benefit is extended to employee where there is ambit of utilization of offered car is for personal work of employee  benefits as defined in s. 8 FBTAA 1986 (Sadiq, et.al., 2015). Moreover, car fringe benefit is said to be constituted to employee when the professional used car will be provided for personal use of the employee. There are three steps which are followed to find the net FBT burden on employer. Car fringe benefit value will be computed based on the statutory formula as specified in s. 9, FBTAA 1986(Nethercott, Richardson and Devos, 2016).

1. Base value of the car: This is the amount which will be computed based on the total amount spent by the employer while procuring the car and also, the minor repairing expense incurred on car that borne by employer (Deutsch, et.al., 2015).

2. Number of availability days during the tax year is time during the given assessment year when private usage is permissible. The car would still be available to employee when it is sent to garage for repairs provided those are minor in nature. Also, availability is not adversely impacted if the car has been parked by employee and gone out of town (Gilders, et. al., 2015).

3. Amount which has been contributed by the recipient employee while procuring the car (Barkoczy, 2017).

Rapid Heat extends car (procured for $33000) to Jasmine for personal work. Further, amount which has been contributed by the recipient Jasmine while procuring the car is zero. The count of days in 2017/2018 on which car is available to Jasmine is 335 days. The number of days in tax assessment year is 365 days.

In accordance with s. 16, FBTAA 1986, providing a loan to employee either with no interest or with less interest rate (compared with RBA’s rate) is specified as loan fringe benefit(Nethercott, Richardson and Devos, 2016). The objective behind providing less interest rate loan is to minimize the interest burden on employee. The rate defined by RBA (FY 2018) is 5.25% per annum. Therefore, any interest rate which is lesser than RBA’s interest rate will constitute extension of loan fringe benefit to employee. The deduction will be offered to employer (taxpayer of FBT) when the less interest rate loan will be used for obtaining assessable income by employee (Deutsch, et.al., 2015). However, deduction will not be offered to employer when the amount is used by concerned associates of the employee irrespective of the underlying purpose of use (Sadiq et, al., 2015).

It is apparent from case study that 90% loan is used to procure a holiday home which may bring in assessable income for Jasmine. The employer can avail deduction on this loan portion if that happens. However, 10% of loan is provided to husband by Jasmine which will not create any availability of deduction for Rapid Heat despite there being a possibility of dividend income. It is because the loan has been utilized by her husband not by Jasmine.

Reduced price of heater to Jasmine is indicative of the fact that expense fringe benefit has been issued to Jasmine by Rapid Heat. This is because the normal price of heater is $2600 while the offered price to Jasmine is only $1300 and hence the remaining personal expense related to heater is borne by the employer. The gross up rate is taken for type I goods for March 31, 2018. Further, the FBT rate taken into account is 47% for March 31, 2018.

B. Jasmine purchases shares of Telstra ($50,000) instead giving it to her husband

It is apparent from case study that lent 10% loan ($50,000) is now being used to procure a shares which may would bring in assessable income for Jasmine in form of dividend income. Thereby, the employer can avail deduction on this loan amount portion thereby brining down FBT liability imposed. The deduction is illustrated below.