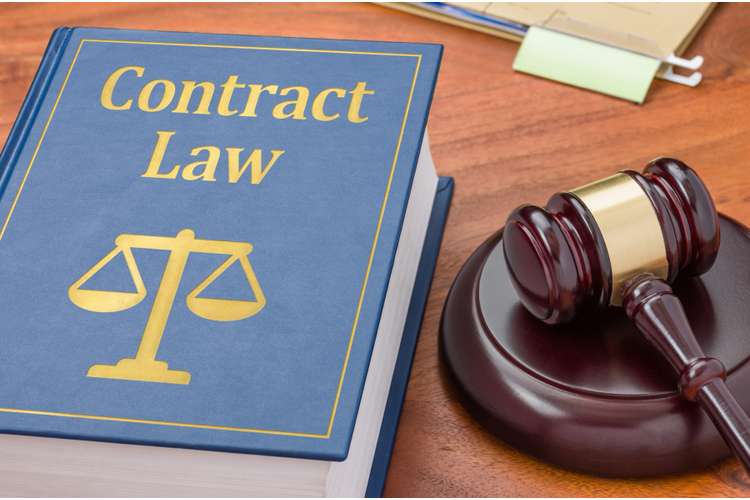 The issue is to check that whether Craig is liable for the purchase of a car as decided between him and Peter.

For a valid contract, some elements are prescribed under contract law that must be there in every valid contract. Offer is a basic factor of every contract, which needs to be accepted by the offeree. Before moving towards the elements of a contract, this is important to state that a different tern named invitation to treat also exist there which often misled with an offer. The business issue is to check that whether Craig is liable for the purchase of a car as decided between him and Peter.

Elements of a contract

Offer: -In addition to a contract, the offer is also a mandatory term for an agreement. This is a willingness to enter into a contract that one party of the contract, shows to other. Until unless there is an offer, there will be no question of other elements of a contract. An offer can be written or oral (Find Law, 2018). As earlier stated, an offer must not be misunderstood with an invitation to treat. The communication of offer is also a requirement. An offer in a contract seems to be complete when the same communicates and informs properly to the offeree.

Acceptance: -As the name implies, acceptance is a consent to the offer made by the offeror. That person to whom it has made i.e. the offeree can accept an offer. Similar to an offer, an acceptance is also required to be communicated. It is the responsibility of offeree to inform the offeror about his/her acceptance. Acceptance can also be verbal or written. In some of the transactions, an act of offeree can be treated as acceptance. Such acceptance is known as acceptance by conduct (US Legal, 2018). For instance, if in the offer it is stated that offeree is required to deposit in consideration then as much amount then as soon as offeree will deposit the amount to the required account, acceptance will get complete. For the acceptance, it has been held in the case ofFelthouse v Bindley [1862] EWHC CP J35 that silence cannot be treated as acceptance.The certainty of acceptance is also important. It was decided in the case ofScammell and Nephew v Ouston [1941] AC 251 that an acceptance must be certain and clear objectives of both the parties must reflect in the transactions. It means both the parties must not remain in any doubt.

The intention of the parties: -Both the parties to the contract must have the intention to create a legal relationship with each other. If two people agree to do certain things but do not have the intention to bind each other in a legal manner, then a contract cannot be assumed to be there. Court of appeal decided in the case ofJones v Padavatton[1969] 1 WLR 328 that intention to create legal relationship must also be there even in those cases where parties of an agreement have domestic relation with each other (E-Law Resources, 2018).

If all the aforesaid four elements exist in a transaction, then the transaction converts into a contract. As soon as a contract develops between the parties, parties get power to sue each other and to bind each other for the performance of the contract.

Every agreement that is developed with the minor will be considered as voidable at the part of the minor. In Australia, a minor is a person who has not attained the age of 18 years yet (Legal Commission of South Australia, 2018). It means if a person enters into a contract with such minor person, then he/she will have no right to as for the performance of the contract. However, there are some exceptions to this rule. A Minor can enter into a following kind of contracts:-

Apart from these two contracts, a minor has no capacity to be the part of a contract. Nevertheless, a minor can ratify the contract entered by him after attaining the age of 18. If a Minor do so then he/she will be liable in a contract as a mature person (Fletcher Law, 2018).

Moving towards other exception of the general rule that states “Contract with the Minors are not enforceable”, this is to state that parents of a minor can give consent in a contract. If parents of a minor person in a contract, ratify the same then the third party can sue a minor for the performance of a contract. However, in general, one should be careful while entering into any contract with Minor (Dundas Lawyers, 2016).

Apart from the right and benefits of minor in a contract, this is to state that if a minor take some benefits out of a contract then the refund he is entitled to take will reduce by the amount of such benefit (Latimer, 2011)

The kind of misrepresentation is important to decide because based on the same remedies are voidable under contract law. It was held in the case ofDoyle v Olby[1969] 2 QB 158 that in a situation where fraudulent misrepresentation exists, the innocent party can rescind the contract.

Importance of validity of a contract: -As earlier stated, a contract must be valid in order to make the parties liable. Until unless all the elements are not there in a contract, parties cannot initiate any action in against of each other (Lewis and Owen, 2014). Further, if a minor is a party of a contract, then the third party can have no right in against of such minor and minor can held the contract voidable. It means, minor can enforce the contract but not the other person. Further, if any misstatement is there, then parties to the contract can rescind the same and another party cannot force to innocent party for the performance of the contract.

In the given case, the person named Peter has published the online advertisement to sell his car. In the advertisement, the car was represented as a 2017 model Aston Martin V8 Vantage and the sale value of the same was stated as $240000. It was an invitation to treat and not an offer. Applying the provisions of Partridge v Crittenden, being an advertisement, it was required to be considered as an invitation to treat. Therefore, in reply to this invitation, another party of the case Craig (17 years old person), shown his willingness to buy the car. He made an offer to Peter stating that I will buy this. It was not an acceptance of the case as acceptance can be given to offer but not to an invitation to treat. Assuming that Craig has asked the bank details of Peter. When Peter has provided the same to Craig, such an act would be considered as acceptance of the case. It means Craig has made an offer to Peter to buy the car as stated in the invitation to treat and by providing his bank details, Peter has accepted the offer of Craig.

The two basic elements of a contract i.e. offer and acceptance have completed in the case. Now, moving towards the third element i.e. consideration, this is to be stated that the same was also there. Peter was ready to sell his car for $200000. It was a legal consideration and was sufficient. The last element of a contract, which was required to be there, was the intention of the parties to build legal relationships. Peter and Craig both had the intention to bind each other, as it was a pure economic transaction. Craig has deposited the part of the consideration to Peter’s account.

Later on, in the case, it has been noted that the vehicle, Peter was intended to sell was not as represented. In the invitation to treat, it was stated that the vehicle is a 2017 model Aston Martin V8 Vantage, however, when Craig inspected the vehicle it was found a 2007 model. It was a misrepresentation from the side of Peter. When Craig has discussed the issue with Peter, it has come to know that Peter was also not aware of the fact that advertisement consisted such misstatement. Peter had full knowledge that the car is a 2007 model but a wrong intention was not there. However, Peter has also no ground to believe that the car is a 2017 model. It was a negligent misrepresentation. Craig found that the 2007 model was worth of half amount of a 2017 model of the same car. Peter has demanded the performance of the contract from Craig. He stated that he had no idea that advertisement consists of a misstatement and now Craig needs to pay rest of the amount of consideration.

Now, this is to state that Craig was a minor person. According to the provisions of Contract Law, he could not be a party to the contract. He was about to be Major as his 18th Birthday was on the way. However, at the time of entering into a contract with Peter, he was a minor. The contract made between Peter and Craig cannot be covered in any exceptional circumstances of the general rule. Therefore, this contract was not a valid one but was voidable at the end of Craig. If Craig wants then he can force Peter to sell his car. Nevertheless, Craig does not want this as Peter has made a negligent misstatement and the car was not of the quality as Craig wanted to buy. Craig cannot cancel the contract based on the fact that consideration was too high, as, under the Contract Law, consideration can be anything that has a certain value in the viewpoint of Law. $200000 was a valid consideration. According to the provisions of Chappell & Co Ltd v Nestle Co Ltd, the contract cannot be held void based on the amount of consideration.

Later on, in the case, Craig did some acts, which he was not required to do so in order to take the advanced money back. He broke the car thinking that he would get the advanced money deposited by him out of the value of insurance claim. As a negligent misstatement was there, it was a voidable contract, which Craig could set aside. In addition to this, he was also a minor and hence could not be held responsible for the performance of the contact. If Craig would not have done such an act, he could set aside the contract and could be asked the advanced money deposited into the bank account of Peter. But now, Craig has damaged the car of Peter. In such a situation he has two options, either to accept the contract or to held the same voidable.

The contract made between Peter and Craig was not a valid one. As nothing is mentioned about ratification of the contract, this is to assume that Craig has not ratified the contract. Craig has two reasons to rescind the contract. One is his minority and another one the existence of negligent misstatement. Further, in the case, Craig has made a loss to the car of Peter. In such a situation he still can held the contract rescind and claim the advanced money deposited by him, but the amount of refund will be reduced by the amount of such loss. Peter in any situation cannot force Craig to purchase the car.