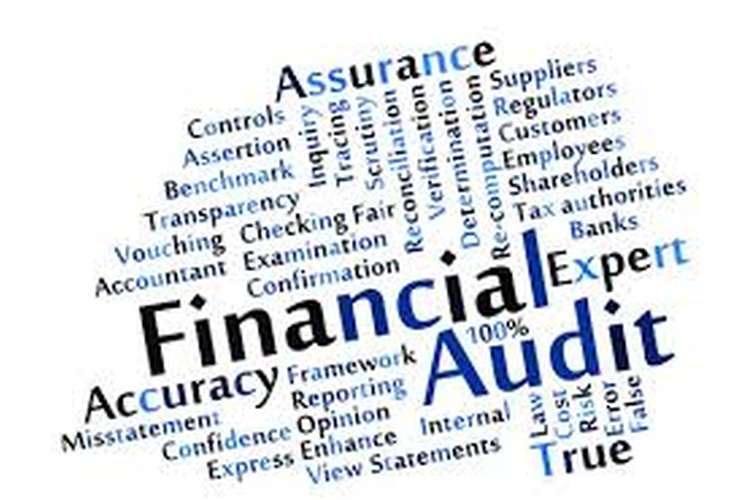 The report is focused on the concepts of Audit, Assurance and Compliance of the Bio- sustainable feeds which is a bio research firm of Australia and also a listed company on ASX. The report basically includes the discussion about the appointment of auditor, the risks which should be considered while accepting an audit by the auditor. It also discusses about the journal accounting of the Research and Development activities conducted by the company. 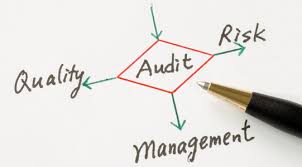 It is discussed that BSF Ltd is being socially, financially and environmentally responsible and can the firm have exclusive control over the use of its patented products like it has on its invented product which is bacteria based feed technology for fishes which improves the health and quality of fishes.

1)Discuss the steps that you need to consider before accepting to do an audit and apply them to BSF Ltd.

Audit can be referred as to the inspection of the financial books of accounts of a company in order to make it free from any fraud or misrepresentation. Audit is conducted by an auditor who can be an individual person or a company which is entitled to check the accuracy of accounts of the firm (Lothe, 2013). There are certain steps which are to be considered before accepting an audit, these steps are explained below:

Check for the ability of Auditor to hold an audit

It is seen that whether the person or the company have the capability to conduct an audit of the company or not. This analysis let the auditor know the requirements of an audit and whether he is able to conduct it or not. In case of BSF, the auditor has to check these requirements to audit the financial statements of the company. Also the independency of the auditor is also checked through General standards of GAAS which clears the field work of the auditor according to the standards. It also involves some code of conduct which is helpful in determining the independence of auditors (Duncan & Whittington, 2014).

Auditor’s appointment timing:It shows that the timing of appointment of an auditors matters in the success and effectiveness of an audit. If an auditor is appointed at an early stage, it provides time to the auditor as well as management to plan effectively for the audit.

After the auditor gets an offer for conducting an audit, it has to ensure that the legal requirements have been met and ensure that the firm is competent to hold an audit. It also has to assess the credibility of the directors of the firm.

(2) If the inherent risk of the BSF Ltd. is estimated as 90% and the control risk and detection risk are estimated at, respectively, 5% and 80%, should your audit firm accept the role of doing an audit of BSF Ltd.?

After considering all the three types of risks in BSF Ltd., it is clear that BSF limited is suffering highly from the control risks, inherent risks and detection risks.  The financial statements of BSF Limited have misstatements on high level which are not even detected by the internal or existing auditors. But these risks can be improved if the internal controls can be improved but the audit firm, after considering these factors should not accept the role of doing an audit of BSF Ltd. (Oakes, 2016).

(3) List and discuss what should be included in an audit program for the BSF Ltd. Your program should include general coverage plus the specific items covered above.

Audit program is a plan which is prepared by an auditor for initiating the audit plan and completing it within the decided time successfully. It helps in guiding the Staff which is involved in conducting an audit and also allocate the work to them. It is to be prepared for BSF Ltd too which includes the following:

Patent or intellectual assets and government grants:  BSF Ltd is involved in manufacturing different fish feeds for aqua life and it is involved in getting its research patented so that it cannot be sold by any other firm under its name. Audit of these properties are to be done in BSF Ltd., so auditor have to take care of this separately. BSF Ltd also gets government grants from the government for carrying out its research activities. These grants are to be audited by the auditors in BSF Ltd. (Corbella, et al.,  2015).

(4) Discuss any concerns the auditor should have for the full set of journal entries of the R&D transactions from 2013 to 2016 (include the grant from CSIRO) and explain your decisions—especially how the CSIRO grant is treated. Remember to check how the R&D costs are allocated between expenses and patent/capital?

In judging the financial position of the company, auditor plays an important role. BSF Ltd is an Australian bio research firm which is engaged in developing sustainable aqua culture feeds to improve the quality of the aqua life. The development of new sustainable products and for this company is involved in the Research and Development activities for which effective journal entries are made from the year 2013 to 2016 which includes CSIRO grants and other costs which are incurred in the program.  Auditor for BSF Ltd has concerns on the journal entries of the company which starts from the year 2013 to 2016 and these are as follows:

1. The expenditures incurred in the Research and Development activities should be recorded under the capital account.
2. All the entries entered into the accounts should be checked or cross verified once to determine their accuracy
3. All the journal entries should be narrated properly so that they become easy to recognize afterwards (Corbella, et al., 2015).
4. Folio numbers should be mentioned properly on the related entries. It makes the identification easy.
5. The grants received from the government should be recorded properly with the date of grants received. These  grants should be recorded in the capital account
6. Auditor should verify the recording of the journal entries and also identify any of the entries which are incorrectly recorded or used.
7. The grants received from the CSIRO should b recorded in the separate account and should be used verified.
8. To verify the journal entries, auditor can check the purchase, sales or any receipts in order to get the proof or evidence for the recorded entries.
9. The costs for Research and Development should not be included in the balance sheet as intangible assets but it should be shown in the income statement of BSF Ltd. as future benefits of Research and Development cannot be measured until they are realized
10. Research and Development costs are the administrative costs for the organisation which includes the costs of non manufacturing functions of the business (Corbella, et al., 2015).

(5) In a triple-bottom line addendum (i.e. addition) to their GPFS, BSF Ltd. describe their research as being socially responsible and environmentally friendly. Are you willing to sign-off on that statement as being true and fair?

Triple bottom Line is an accounting Framework which involves three elements of the main performance which are Social, environmental and Financial. This is often called as Three Ps which includes People, Planet and Profits. BSF Ltd. describes their research as socially responsible and environment friendly in Triple Bottle Line Framework and I sign off the statement as being True and Fair as BSF is involved in the Research and Development activities for developing the sustainable aqua culture feeds which aims at improving the quality of the life of fishes and other aqua lives which will ultimately help in improving the whole aqua ecosystem and the environment. Like this they are taking care of the Planet, the environment (Wilson, 2015).

BSF Limited is developing the products which are sustainable and getting them patent and making it available for people to use the product for the benefit of all. By this they are showing their socially responsible attitude and taking care of People as well.

The third explanation is regarding the development of the patent for which the company is paying price and preventing it to get misused by any other firms without paying price for the same. By this BSF Ltd. is earning more profits and contributing in the industry of aqua culture. It is also ensuring the future benefits of the company itself. By this it is taking care of Profits and being responsible financially (Rust, et al., 2011).

It was not the same in the last decade when the company used to provide plant based feed which ultimately provided harm to the environment and also created disparities between the rich and the poor by increasing the quality of fishes but decreasing the crop produce.

The Research and Development activities of BSF Ltd. are giving benefits to the whole society and whosoever engaged in the industry. As an auditor, the accounting and the activities of the company will be verified properly to sign off the statement as True and fair (Sarker, et al, 2016).

(6) BSF Ltd. management asserted in a prospectus that the patent values were predicated on BSF Ltd. having exclusive control over the bacteria-based feeds technology. Are you willing to sign-off on that statement as being true and fair?

Intellectual Property rights can be termed as the rights which are given to persons for granting them right to use their own creations for a specific period of time. BSF Ltd. management declared in their prospectus that BSF Ltd. have exclusive control over the bacteria-based feeds technology as it is produced by them. BSF Limited can assert the same in their prospectus as they invented the feeds made from bacteria which are good for the health of fishes and aqua culture. The company also got it patented to use it and thus, it becomes the asset of the company and they can insert it in their prospectus. I sign off the statement as true and fair on this basis that company is demanding the rights on the product invented by them and they also have patent on it to use it (Maresch, et al., 2015).

But before signing off the statement, the financial accounts of the company are to be checked properly by the auditor to make sure that company is true and fair in all its activities and no fraud is involved in the same. But the company should get the exclusive right to use their patented products by others. It is for the use of environment and society which should be made available for use and benefit of others by the organisation (Sarker, et al, 2016).