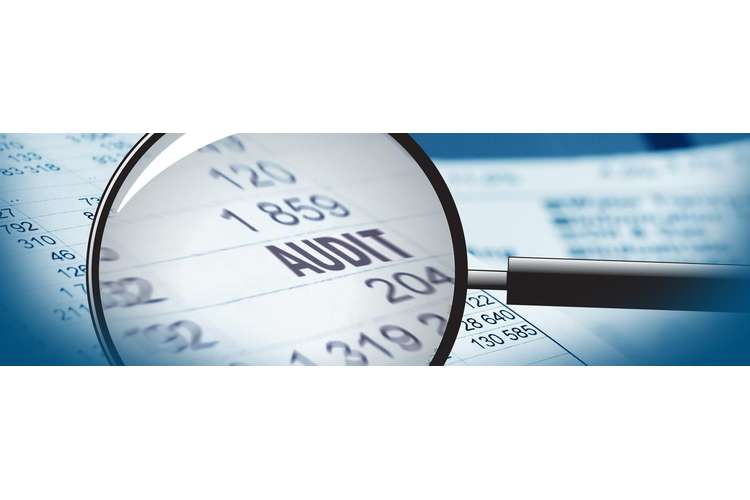 Often financial reporting framework consists of specific assessment on the entity’s ability to continue as a going concern. Comprehensive requirement are needed for the responsibility of a management to evaluate the ability of the entity as a going concern related to the financial statement disclosures set in laws and regulation. As per the accounting standards in Australia, management has to make an assessment of the entity’s ability to continue as a going concern. The corporations Act 2001, states that a official declaration focusing on the solvency of the entity must be produced by those who are in charge of governance and include the same in financial report for the auditor to make an opinion (Managerial Auditing Journal, 2006).

Auditor’s Responsibility includes obtaining proper evidences on the audit and makes a proper conclusion on the appropriateness of the management’s use of the going concern basis of accounting while preparing the financial report and concludes with the auditor’s opinion in this matter. These criteria still exists and despite the use of financial reporting framework that are used for preparing reports does not include precise requirements for a management to make a specific evaluation on the entity’s ability to continue as a growing concern.

However, ASA 2002, describes the probable impacts based on the natural limitations on the credibility of auditor to perceive misstatement that are considerably better for the future events, counting as good or bad, as a growing concern. It is not in the hands of the auditor to forecast the future of entity. However, absence of any particular material ambiguity about the entity’s ability to proceed as a going concern in an auditor’s conclusion statement cannot be viewed as a guarantee to the entity’s ability to carry on as a going concern. Hence it is important for the entity to provide the necessary resources to the auditor to make a proper audit. Safeguarded by the probable laws and legislation based on accounting standards of Australia, financial report framework includes the requirements for a management to make appropriate reports on the entity’s ability to continue as a going concern. In the case of Esanda Finance Corporation Ltd vs Peat Marwick Hungerfords (1997) 71 ALJR 448 money was lent by Esanda to an organization based on the financial statements audited by the auditors (Peat Marwick) of the organization, however, the same was not communicated to the auditors. The company’s loans had been overstated and there was a subsequent default on the part of the organization. The finance company went on to file a case against the auditors of the organization to recover the losses from them as it had relied on their audited statements to disburse the loan. The New South Wales court of appeal held that there was no cause of action against the negligence of the auditors (Hay, 2014).  The court said that the finance company had not communicated the same to the auditors of the organization that they owed them a duty of care. The court further stated that the auditor should have directly or indirectly known of the fact of reliance of the finance company on the financial statements for the auditor’s to be liable.  The court also established the fact that mere reliance on the audit report was not enough.

Had the finance company informed them of their reliance on the financial statements the auditors could have been held liable to a certain extent however as had been mentioned in the case of Esanda Finance Corporation Ltd vs Peat Marwick Hungerfords (1997) 71 ALJR 448mere reliance on the audit report was not enough.

On the other hand, an independent auditor is someone who has the power of undertaking independent decision even during perceived lack of independence; or in cases where the director of a company places an auditor in compromising position (Hay, 2014).

Thus, at times it becomes quite impossible to judge whether an auditor is actually independent or not as the personal reliability and mental attitude of the auditor is very difficult to observe and measure. Another important fact is that the auditor must not only act independently but appear to be the same as well. But in cases where an auditor is independent but few factors depict something else, then the conclusion may arise that the audit report does not reflect a true and fair picture. When an auditor appears to be independent this automatically reduces his scope of performing otherwise instead of being independent which again increases the audit reports’ reliability. The activities in auditing involve the following things:

Auditing focuses on past events (such as, “as of date”);

It is essential to address any sort of risks arising out of business or any compliance issues;

The audit has to be commenced either by Audit Committee or by the Board of Directors;

The chief client is either the Audit Committee or the Senior Manager;

The auditing is either conducted by the internal audit department or by members appointed of a third party audit firm;

The audit report is developed with the help of suggestions and findings that the Senior Managers use for informing the way the company maintains regulations and policies and abides by legal requirements.

Independence is of three types:

Programming independence – under such independence the auditor is free to make selection of audit procedures. The auditor’s approach must be likely t adapt to changes in business procedure of the client company (such as growth or addition of departments, etc).

Reporting independence – under the reporting independence the auditors are free to select what information needs to be revealed to the public. But under circumstances where the director of the company misleads the shareholders through false statements, they can prevent auditors from doing this.

However, the total audit function’s reliability and efficiency will be under stake if the auditors risk their independence by engaging in certain actions. The internal auditors must be independent in their performance, i.e. they must practise independently. Through their independence the auditors gets induced or performing their activities in a free manner with objective. If the auditors cannot exercise independence they will fail to provide the desired results. While performing their audit activities it is essential that the auditors maintain objectivity. Objectivity is such a mental attitude which is independent in nature (Dunn, 1991). They cannot be considered as subordinates hence, their judgement and decision making must be given due respect as that of the others. The external auditors just like the internal auditors are under the governance of strict guidelines. In accordance to this, the auditors are not responsible for installing, designing, drafting of procedures for systems and operating systems

The security of classified information is of paramount importance in business proceedings. As such, a set of legal parameters exist that fortify the privacy of information and adjudge the divulgence of confidential data to be punishable (Advanced audit and assurance, 2009). All members of the organisation are bound by a legal principle of confidentiality to abstain from the following acts:

Disclosure of information, marked as sensitive, beyond the organisational boundaries or application of any information gained through business or professional relationships, without the legal sanction of appropriate authority except when there is a legal right or duty binding them to do the same.

Using the information, deemed as confidential by the organisation, to gain personal benefits or outsource benefits to unlicensed third parties. Further, it is incumbent on any employee to maintain strict confidentiality, even in social gatherings, showing vigilance against the probability of involuntary disclosure of information, specifically to an immediate relative or a close peer or business associate.

The requirement to comply with the aforementioned principles holds good even after the termination of employment or when the professional relation between the employee and client ceases to exist. Upon changing the employment, a member is permitted to use previous experience. However, any exercise of disclosing information pertaining to an old employer, acquired through business or professional relationship, shall be deemed legally punishable (Audit and assurance, n.d.). The situations that can be considered as pardonable or appropriate where the member is entitled to disclosure of information are limited to the following:

Disclosure is imperative or required. The following can be included as valid situations for such requirement:

Production, before a court of law, of sensitive documents or any other provisions that may provide evidence as may be required to help continue any legal proceedings

Disclosure, to bring to light, any act of transgression or legal contravention that has that may be discovered by an employee to the public or judiciary authorities

There is a professional right or any duty to disclose information when the same is not forbidden by professional law. The following can be considered as appropriate situations exemplifying the above:

When a member is required by his professional duties towards his organisation to respond to an investigation or strategic inquiry conducted by a regulatory administration (Dittenhofer, 2001).

Every member is bound by professional duties to endorse the cause of their organisation during any judiciary proceeding. Any disclosure that may be required of him or her to safeguard the interests of the concern can be considered as an executive duty.

Every firm has a predefined set of ethical standards for its employees. An employee might be exonerated upon disclosure of information if it can be proved that he or she commits it to comply with these technical standards.

Any actions or circumstances which can create a conflict of interest need to be identified by the member of practice. According to this section “A threat to objectivity or confidentiality may also be created when a Member in Public Practice performs services for clients whose interests are in conflict or the clients are in dispute with each other in relation to the matter or transaction in question” (Dunn, 1991).

As the work of Leo comprises of checking the internal controls related to the cash payment system the same is supposed to impact the performance of the audit considering the fact that the same has an association with the duties performed by his father. Hence the same would be considered to be as a breach of professional conduct.