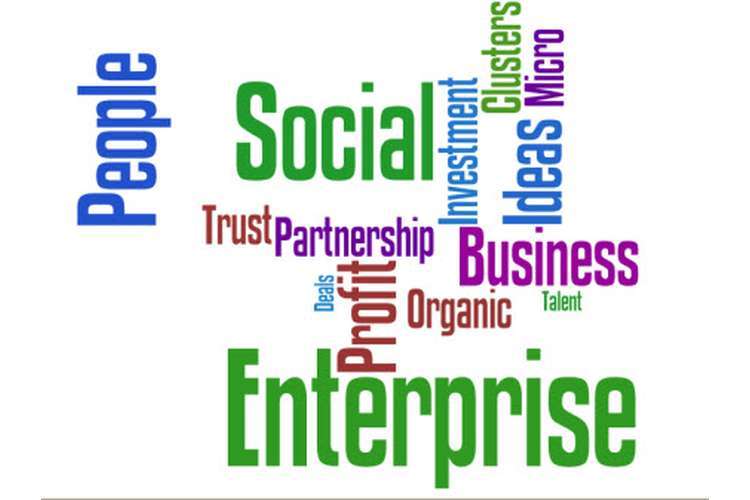 In the above diagram, it has been discussed that depending on the innovative business model, it becomes easier for the organization to maintain the sustainable position in the market. Following the above model, Wesfermers has established strong organizational culture in the workplace.

Knowing, doing and being are the three important components in case of analyzing the management competencies. It is true that in case of implementing the managerial operations as well as business models, Wesfermers follows the Knowing doing being model. It is mentioned in this study that depending on the experimental learning practices, the issues are being solved by the company. It is influential in case of identifying the distance between the implementation process and challenges. It has been identified that depending on the practices of interdependence between management competencies, the critical thinking process of the people associated with the organization can be developed.

In the words of (), not only for the big influences, but also change can be implemented for the small implementations in an organizations. In case of Wesfermers it has been identified that by following the Kotter change model, the creative changes have been introduced in the company.

By following the 8 steps of the change model, Wesfermers has examined the opportunities which have been analyzed from the research and development practices. Identification of true leader in case of developing the change model has been discussed. By following this Wesfermers has introduced its effective leader with the transformational leadership qualities. It has been identified that depending on the changes the value are being created, which is important for developing the mission and vision of the company.

In the above model, is mentioned that product innovation, infrastructure management and customer relationship are important components for developing a successful business organization. Identifying the growth variables of Wesfermers, Two-by Twomatrix and Structural equation model have been discussed. In the workshop, analyzing the mathematical distribution of the customer base of Wesfermers, the bell curve has been shown.

After the introduction of globalization, with the increasing availability of technological equipment in the industry, the rate off productivity has been improved. On the other hand, using the search engine, different marketing related tools have become easier to understand. With technological advancement, social media has become one of the important medium for marketing in case of Wesfermers (Small et al. 2016). It has been identified that depending on the digital skills, the rate of employment has been improved. It is true that after the introduction of digital skills, recruitment and selection process in an organization have been changed. Using the digital skills, large number of communities have been involved in the development process. It has been identified that depending on the technological advancement, the sale rate as well as the sales revenue of the company has got improved.

Leadership plays an important role in case of developing the organizational culture. It has been identified that depending on the leadership practices the organizational culture as well as the performance of the employees can be improved (Singh-Peterson and Lawrence 2015). In case of Wesfermers, it can be said that transformational leadership is being followed by the company. In case of dealing with the external and internal challenges, the transformational leadership strategy is very effective. It can be said that it is responsibility of the leader is to develop the creative skills of the team members. By involving the employees in decision making process, innovative ideas are being introduced in the workplace.

Strategic mindset skill is very important in case of dealing with the business challenges. It has been identified that in case of improving the organizational operations and foster innovation in the workplace the effective strategic knowledge development process is needed. Using the effective strategies, the competitive advantage can be gained by the company. In case of business expansion, the strategic knowledge development process is required. The company namely Wesfermers follows the marge and acquisition strategy for gaining the strategic advantage in the market.

After the implementation of business strategies, in order to analyze the growth, performance matrix is important. In the workshop Aglie measurement model has been discussed which was followed by Wesfermers. It is true that in case of increasing the productivity of Wesfermers, the model was beneficial

In the performance improvement model, rate of productivity, customer loyalty rate and marketing are being analyzed. The model ensures and identify the requirement for gaining the attention of clients. By following this model, the range of productivity of Wesfermers have been improved.

Reflection of the activities

I being strategic approach is very important in case of analyzing the activities. In case of discussing the activities I have developed a systematic plan where every activities have been mention. In the initial step, marketing concept has been clarified. In case of discussing the concept of marketing the 4ps framework has been discussed. In the framework, the company namely Wesfermers and its price range and diversified products have been discussed. Analyzing the target market of the company the lower product ranges of the company has been mentioned. In this process I have learned that price, product. Place and promotion are equally important for knowing the marketing concept. In the second part, I have learnt about the importance of research and development. By collecting both the primary and secondary data, the internal and external environment analysis have been done through the SWOT analysis framework. As per my understanding, competitive advantage is very important for gaining the unique position in the market. In the workshop I have learnt about the uniqueness of Wesfermers that made it popular. Using Porter’s five forces analysis framework, the competitive advantage and its importance have been highlighted. As per my understanding, the role of digital skill, business intelligence and change management are important for bringing the innovation in workplace. By following the strategy the company named Wesfermers has gained the popularity in the market. On the other hand, in case of developing the organizational culture, leadership practice has been highlighted. I have learned that transformational leadership is very effective for dealing with the business challenges. It has been identified by me that change model is very important in case of bringing the innovation in the workplace. On the other hand, I have learned that analyzing the performance of the organization, I need to focus on performance matrix. Wesfermers has used the Performance improvement analysis model and Aglie measurement model so that it will be able to understand after implementing the improvement strategies the organizations is developing or not. During the learning process, I have analyzed that it I will be able to introduce the change management practice I my organization, it will be beneficial in case of managing the growth in my organization. On the other hand, with increasing technological demands, it can be said that if the involvement of social media in brand image development process can be included, it will be beneficial for bringing the improvement in sales revenue of the company. I have also learned from the workshop that if I will be able to implement the effective leadership practices on my organization, it will to deal with the challenges in better manner.

Self-reflection regarding working in a team

I strongly feel that team work can pay an important role for reducing the knowledge gap. I also believe that knowledge can be easily transferred by the team members in the team. Communication as well as creative skills can be developed in a team. In case of managing the activities, I have learned about different theories such as Tuckman’s theory of team development. I believe, it was beneficial for me to understand the leadership techniques. As a leader I have earned that How to deal with my team so that I will be able to discuss the strength and weakness of my plan with them. During the interaction with the team members, I have analyzed their skills, which can be used by me in future. After understanding my responsibilities I have conducted the plan by following which the team development plan will be introduced.

By using the strategies I have decided to discuss with my team members. In case of analyzing the organizational issues, I have decided to discuss the workshop activities with the team. I have also mentioned that in case of dealing with the organizational challenges, the effective team management is needed. On the other hand, it is true that depending on the discussion, I have analyzed that I was able to clarify the doubts of the team members. I have used the self-organizational skills to motivate the team members towards achieving their goals. I appreciated each of the employees so that they will be able to learn the activities in right manner. After conducting m own evaluation as a leader, I focused on the personality test, where I will be able to discuss the responsibilities with my team member and will also be analyze if they will be able to fulfill them or not. I have used the trait theory and transformational leadership theory, for providing better training the team.

In the assessment I has been identified by me that the in case of portfolio, proper knowledge and skills are required. On the other hand, it has been identified that using the activities helped in the workshop the marketing concept has been clarified to the audience. By highlighting the company namely Wesfermers, business operational strategies hand knowledge transferring process have been discussed. Depending on the activities self-reflection has been done. At the end of the study, the effective qualities and different leadership practices have been mentioned, which are required in case of maintaining the business strategies in the workplace. It is also mentioned that through clarifying the activities to the team members, both the personal and professional skills of the team members have got improved, which are the part of leadership practices.