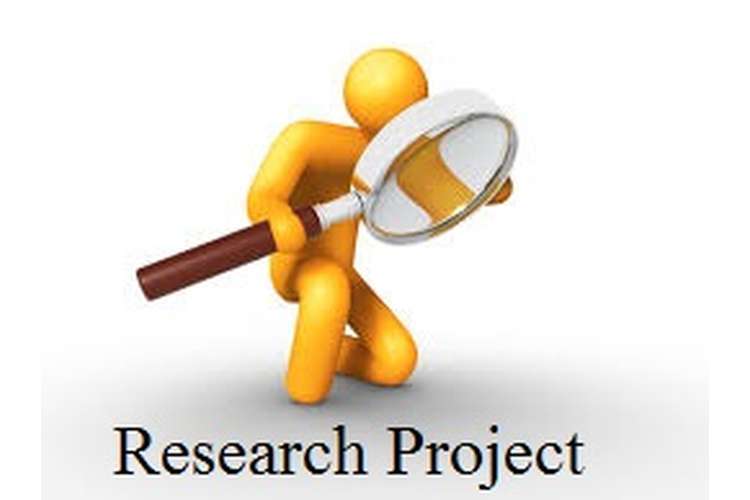 This study will identify the impact of consumer satisfaction on the performance of the Suzuki's Swift Desire model. Consumer satisfaction is one of the key aspects of the success of the organization as it increases repeat purchasing of the products. Globalization has increased the competition in the Indian market with the emergence of global giants in the automobile industry as it has established free trade. The consumers that have had their expectation met will promote the company product to other consumers and product review helps in gaining new consumers and increasing sales. In this report, the issues have been identified and market researchobjectives have been developed based on it. The research questions have also been developed based on the research question and provide justification for choosing this research topic. The critical analysis of different literature will be used to develop the hypothesis in the study to address the research problem. The methodology will be developed in accordance with the research problem along with the budget, schedule, and timeline of conducting the research.

Maruti has recalled the production of new units of swift desire, one of the most popular models due to faults and numerous complaints made by the consumers. The performance of Maruti Suzuki does not reach its expectation and have incurred some losses in the past year due to the issues faced in the Maruti swift desire model. However, as the organization offers a large number of products to the consumers and uses their differentiation strategy to gain a competitive advantage in the market (Pal, 2018). However, the exact impact of consumer satisfaction on a particular product has not been identified in other studies so the study will be focused on consumers of Maruti Suzuki and particular product swift desire. Majority of the studies have considered customer satisfaction as a dependent variable whereas the impact of other factors such as employee motivation, branding, and product performance have been evaluated. However, in this study, customer satisfaction has been taken as an independent variable and its impact on the performance of the organization and a particular product will be identified.

Justification and potential output of the research

This research topic has been selected as none of the research has not be addressed the impact of the customer satisfaction on the performance of the organization and the product. This is a specific study which will address the recent issues faced by Maruti Suzuki to identify the performance of Maruti Suzuki which has not been addressed in any of the previous studies.

According to Kanyurhi and Bugandwa Mungu Akonkwa, (2016), the performance of any organization is evaluated based on various parameters such as profit, market share, service quality, company image, consumer turnover and sales turnover. These factors are instrumental indicators of the growth of any organization and provides accurate review in detail of the organization’s performance. As stated by Meesala and Paul, (2018), the profit margin of any organization is dependent on the level of satisfaction that the consumers are receiving. This shows that profit is one of the performance evaluation components. On the other hand, Fu and Deshpande (2014) stated that service and product quality are crucial aspects of understanding the performance of the organization as it is directly linked to the satisfaction level of the consumers. Tzokas et al., (2015) opined that market share of the organization is determined the consumer loyalty and percentage of consumer segment using the services and products offered by an organization on regular basis. The image of the company is also enhanced by the consumer satisfaction due to increase in use of digital media where reviews of products and services are usually considered by other consumers. This shows that there is high level of transparency about the products and services offered by any organization due to the reviews on social media pages and blogs. Therefore, maintaining high level of customer satisfaction is essential for sustainable business (Kim, Li & Brymer, 2016). However, the common mistake is the fact that organizational performance and profitability is considered to be the same thing but profitability is only just a component of organizational behaviour performance.

The discussion from various literatures show that consumer satisfaction has high impact on the performance of any organization. Jung and Yoon (2015) states that ability of an organization to understand the needs and wants of the consumers is essential creating sustainable growth and competitive advantage. The performance of any organization will be determined based on their ability to satisfy the consumers. The internal cost of marketing increases if the organization is unable to retain their products and consumers switch due to lack of satisfaction from the organizational offerings. According to Meesala and Paul, (2018), evaluation of the consumer satisfaction provides a clear picture of the shortcomings of an organization and the reason for lack of growth and profitability. Empirical studies have revealed that Amazon is the market leader in ecommerce segment only due to their customer centric business approach. This helps them to cater to all the needs and wants of the consumers and provide high level of consumer satisfaction. This is similar for Apple as quality of the products offered and the service that the consumers receive has developed the niche market segment and made Apple the market leader in their segment.

The methodology chapter will follow Saunder's research onion to identify the research philosophy, research approach, data collection, and data analysismethod, research design, sampling, validity, reliability and ethical consideration (Taylor, Bogdan & DeVault, 2015). This study is an applied research where the findings of the study can be used by the managers of Maruti Suzuki to make improvements to the performance of the organization. This study uses experimental method where observations, predictions and establishing casue and effect relationship is considered.

There are types of research philosophies in the market are realism, interpretivism, positivism, and pragmatism. Research philosophy describes the framework for collecting and evaluating data. In this current study, pragmatism has been used as the research philosophy which accepts all theories if they are reinforced by valid actions (Da Veiga 2016). Pragmatism is the correct method as the study will aim to use mixed method where both primary and secondary data will be used. The main aim of the pragmatist approach is the addressing both the aspect by taking both positivist and interpretivist view in the study.

Research approach and source of data

In this study, the study will use the deductive approach as it will facilitate in conducting hypothesis testing. This study will use quantitative method to collect and analyse it (Singh, 2015). The data will be collected using surveys where the questions will be asked to the existing consumers and another set of survey will be conducted where employees of the organization will be the target audience. Secondary data will be collected from annual reports of the Maruti Suzuki and government website where data will be available regarding the company performances. There will be comparison between the primary data and secondary data to make the study more reliable and valid.

The collected data will be analysed by using the statistical tool named Statistical Package for the Social Sciences (SPSS). SPSS will be used to derive inferential statistics where initially Cronbach’s alpha will check the reliability of the collected data. Then the collected data will be analysed using descriptive statistics which will consist of response frequencies, mean, median, mode and standard deviation (Quinlan et al., 2019). The quantitative analysis will also consist of developing correlation using Pearson’s correlation and linear regression model to evaluate the degree and nature of relationship between the variables, customer satisfaction and performance of the organization.

Sampling is the method of reducing the sample population when the chosen population is huge. This facilities ease in calculation, decreases cost and time of conducting the research. In sampling, the first step is identification of target population and in this study, the employees and consumers of Maruti Suzuki are the same population. The next step is the identification of the sampling frame which will comprise of the lower level employees of the organization and the consumers purchasing swift desire (Palinkas et al. 2015). The final step is identification of the sample size and in this study 50 consumers and 50 employees will be surveyed using close ended questions. In this study, the primary data will be collected using simple random sampling where the population sample will be selected randomly so that all the elements have the opportunity of getting selected. The secondary data will be collected using non-probabilistic sampling where data will be chosen as per availability and convenience from annual reports, government websites and other web articles. This method is known as convenience sampling.

In this current study, anonymity of the respondents will be kept to protect their privacy. The respondents will be made aware of the purpose of conducting the research so that they have full knowledge regarding the objective of the study (Flick, 2015). The survey questionnaire will not consist of any words that are discriminatory or abusive. The study will not manipulate the collected data to develop false results.

Organization of the study

The chapter one of the study will consist of the introduction which introduce the proposed study along with the research objectives, hypothesis and research questions. The second chapter will consist of the literature review section which will critically analyse the existing literature in this research topic to identify the literature gap. This literature gap is addressed as the objective in the study. The third chapter is the research methodology which will describe the suitable research methods that will be used to collect the data and analyse it effectively. The fourth chapter of the study is the findings and data analysis where the collected data will be represented in form of tables, graphs and inferential statistical variables to determine the objective of the study. The fifth chapter of the study is the conclusion and recommendation which will link the objectives and findings. This chapter will also provide suitable recommendations as per the findings and analysis.

The budget of the total project is $ 8000 consisting of all the phases and activities. The research articles and government websites are not freely accessible subscription of such websites and purchase of articles is required in some cases. The primary data will be collected by survey and conducting a survey will be expensive as each of the participants will be provided a voucher so that they agree to be a part of the project. Moreover, the cost of conducting online survey will require registration into websites like survey monkey where premium account is required. The collected data will be evaluated using statistical tool which has to be purchased and is not available for free.