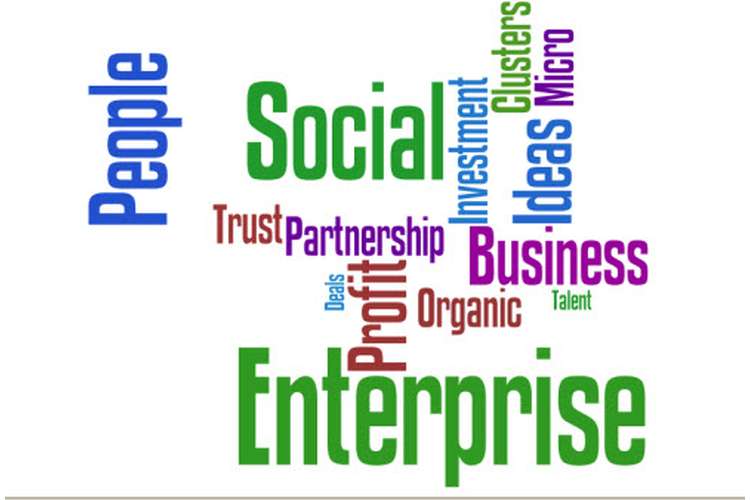 This essay is about the understanding the legal aspects of international business and enterprise. Zara is taken into consideration in order to understand the legal aspects of a multinational company (Hurley, 2017). A general overview is given in the first part of the essay where the profile of the company is discussed. In the second part of the essay, identification and impacts of regulatory frameworks are depicted. In the third and final part of the essay, the impact of treaties, agreements or conventions on the products and services of Zara provided in Australia is explained.

The company is now serving in at least 94 offline markets and minimum 45 online markets. The mission of this fashion retailer is that to develop world as a singleniche market by providing apparels with styles, class and make the customers experience with unique and new designs every week. The vision of the Zara is to reach and sustain the number one brand in fashion retailers in span and worldwide(Rao, 2014). There are certain values followed by Zara that includes; the demands of the customers and public are to be quickly adapted, also consistently improve the quality, and sell the innovative and modern design needed by the public at an affordable price and also to maintain and sustain the efficient and effective distribution network at a right time.

The core business values of the Zara are Commitment, Loyalty, professional ethics, confidence and creativity. The total numbers of stores of Zara are over 2229 stores that are present in at least 88 countries. The responsiveness of the supply chain of Zara is so consistent that it acts as a pioneer in this fast fashion. There are approximately 3,455 employees in Zara in Australia and about 10,199employees around the world(Payne, 2016). The global offices in the other parts of the world are in Australia the offices are in Sydney, in U. K., it is in London, in India, the office is in Haryana, and in U. S., the office is located in New York.

The company Zara was ranked at 30 in the year 2015 on the list of best international brands of Interbrand. The stores of Zara comprises of clothing for Men, Women, and children(Zara Kids). The supplies of these apparels are based on the consumers’ trends in the market. The responsiveness of the supply chain is such that new products are supplied in the stores through the supply chain process in two times in a week. New products that are designed reach the stores of the Zara in ten to fifteen days. It is commendable for Zara to produce over 450 million products every year(Hurley, 2017). The fashion group Inditex also owns various other types of brands like Pull&Bear, Stradivarius, Zara Home, Massimo Dutti, Bershka, Oysho and Uterque.

The government of Australia has recognized the needs of regulatory framework so as to be consistent in developing the market financially. There were some major reforms of the company that aimed to streamline the regulations as well as maintaining integrity in the market and protecting the investors(Mo, 2015). There are some of the regulatory frameworks that impact multinational companies that are operating in Australia are:

Taxation laws in Australia: various forms of taxation are to be paid by individuals and companies to different levels of government in Australia that are local state and federal government. These taxes are collected to pay for the services related to public welfare and redistribute the wealth economically by transferring the payments. The tax paid by the companies and corporations on the profit earned by them is corporate tax. The company that has the revenues lower than $ 2 million per year is considered as small businesses.

Zara is the large business company which has earned its revenue over US$ 15.9 billion in the year 2016. The company is entitled to pay the corporate tax at the rate of 30 percent per year. Before distributing the part of the income to the shareholders, the tax is paid at the corporate level on the incomes earned by the corporates(Burt, et al. 2017).

Environment laws in Australia: the environmental protection and Biodiversity conservation Act 1999 of Australia is the national environmental law. This Act is helpful in taking actions that might impact the subject matter protected by theAct.

Zara follows the Act by manufacturing non-toxic clothing.  Green peace initiated a discussion with Zara in the year 2011 so as to eliminate the use of harmful toxins while in the production of apparels. A report named “toxic threads: the big fashion stitch-up” was published in the November 2012 by Greenpeace as a Detox Campaign so that the companies can be identified that uses harmful toxins to manufacture the clothing.

After this campaign, the company Zara aimed to eradicate the hazardous chemical release from the entire supply chain and clothing and apparels by the year 2020. Zara switched to the production and manufacturing the clothing by using non-toxic elements and became the biggest retailer to create awareness about the Detox Campaign of Greenpeace in the world(Paras, et al. 2017). It is the duty of these companies to raise an awareness related to use eco-friendly products and services for the manufacturing processes.

Fair work ombudsman:the workplaces are governed by various laws and regulations developed by the government of Australia. The fair work legislation comprises of the Fair Work Act, 2009 and Fair Work Regulation, 2009 to protect the well-being of the employee at the workplace. These are the main legislation that deals with the relationships of employee and employer in a workplace in Australia(Mo, 2015). These acts provide safety to the employees by entitling them with the minimum ages, fairness at work, working arrangements enabling to be flexible and protecting the employees from any kind of discrimination.

Zara follows the Fair Work Ombudsman by providing a flexible work environment and treating every individual equally and also avoiding discrimination at work. Zara safeguards their employees by providing minimum wages and safety at work. This act also allows the employees to share their views and opinions regarding their work.

Thus, these are some of the regulatory frameworks that affect the operations of the multinational companies in Australia. These are some of the laws that are applied to the company. Zara must consider these laws before implementing any ideas or developing any project.

3. Identify any treaties, conventions or agreements that have impacted on the products and services that the multinational company provides inAustralia

Treaties can also be called international conventions, covenants, protocols, international agreements pacts and constitutions for the multinational organizations. The most formal type of agreements done between the two or more nations is a treaty. One of the most important and primary sources of international law is treaty and convention.

Australia-Austria bilateral treaties: this treaty was signed between two countries that is Australia and Austria. The treaty was aligned on various issues like trade, extradition, intellectual property, arbitration, extradition, civil laws, post and money orders, visas, taxation, criminal law and social security etc. there was free trade agreement between two countries where the companies of both the countries can have trading and also avoid double taxation and also prevent theevasion of fiscal in respect to the taxes on the income(Perry and Towers, 2013). Zara was benefitted by this agreement as due to fiscal evasion, double taxation was avoided.

Japan-Australia Economic Partnership Agreement:this agreement between Japan and Australia took in January 2015, and was concluded between Japan and Australia. This agreement resulted in the concession of certain items in trade and commerce with Japan. Zara the fashion retailer was benefitted by his agreement where the two countries exchanged the clothing and apparels by lowering their tariffs. This agreement helps bring the economies and the two societies build a link and evenstrengthen the relationship stronger. This will impact both the countries by growing the economies.

Australia- United States Free Trade Agreement:this was a preferential trade agreement between Australia and the United States that came into effect in the year 2005. There was a chapter four in this treaty which deals with the trade of textiles and apparel. There was an outline the rule of the origin so as to safeguard the domestic market of both the countries. The agreement was related to the mechanizing emergency actions thereby increasing the duties on imports as because of effects that harm the domestic industry of the country who would import as the tariff was reduced.

Zara fashion retail was impacted by deal of Australia and United States free trade agreement. There is a customs authoritythat cooperates and ensures that if the actions of exporting country impacts adversely then the possible actions need to be carried out as per the rules of the agreement(Fernie and Grant, 2015). Zara fashion would balance between the increase in imports as well as tariff reduction so as to maintain the supply of the apparels and clothing effectively. The management committee of Zara fashion brand correlates with the laws and rules of the agreement so that the works of the company is effective and efficient.

Australia-France Bilateral Treaties: in the list of treaties, Australia had an international bilateral treaty with France. The treaty includestrade, war/peace, civil law, extradition, taxation and education and others. There was an exchange of notes between the countries in relation to the trade and services.  Zara was supported by the agreement. This agreement was made too easy the taxations of the income(Paras, et al. 2017). There was a prevention of evasion in fiscal related to taxes on the income. The income earned by Zara was under the avoidance of double taxation. The trade relation between the countries impacted the supply and demand of apparels and clothing of Zara and thereby preventing the Zara to evade fiscal with respect to taxes on the income.

This essay helps in understanding the laws and regulations of the country that impacts the legal aspects of international business and enterprise. This essay comprised of the overview of the company named Zara, a multinational company that is operating in Australia. The detail of the Zara fashion brand was discussed in this essay. Certain regulatory frameworks that are environmental, taxation and labour welfare laws were discussed that affected the operations of the business in both positive and negative ways (Lavergne, 2015).Also the impacts of various treaties, agreements or conventions on the clothing and apparels of the Zara fashion brands provided in Australia.