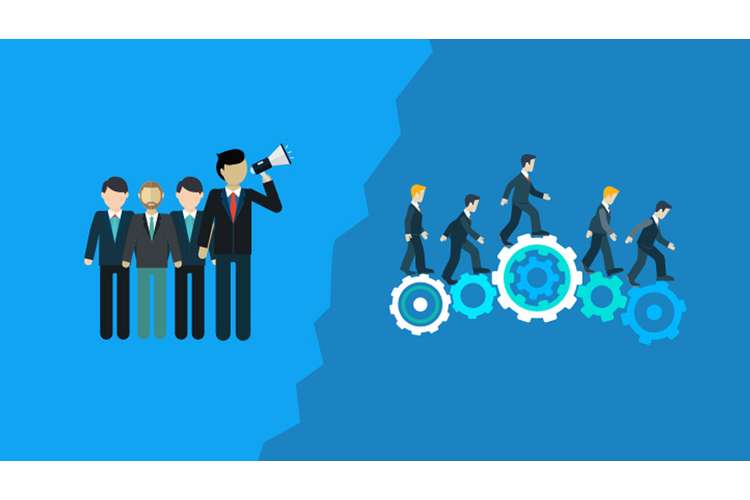 In the Australian Agricultural sector, there is the growth that has seen from the previous years. The total share in the economy of the agriculture is $ 63.8 billion in 2016-17. In 2016-17, the export ranges were $ 48.7 billion. This is the figure that is $1 billion higher from the last year. In 2016-17 there was a great production of wheat and barley that has increased the overall crop production in Australia more than 20%. The total share of the crop production in the economy of Australia is 33.9 billion in last financial year. There is also increase in the export value of sugar and cotton up to 10% and 35% respectively (ABC News, 2017). 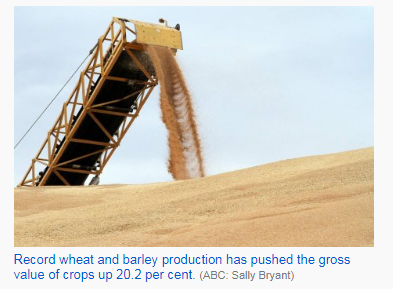 Export to the US dropped to 42% in 2016-17. This is because the US recovered from its drought. Australian beef is also getting competition from the US beef in Japan. But the overall export earnings rise because of increase of exports in lamb, live cattle and wool that are 3%, 4% and 10% respectively.

(Figure: Future forecast of Beef prices that would bring more growth from export)

There is the slight change in the Australian dairy return from the export in the last financial year as compared to last three financial years. Less production of milk in New Zealand and Europe in there is a rise in the demand for the milk in Asia. This opportunity is optimised by Australia(Sheng, et. al., 2017). The dairy production in Australia is at the lowest level in this year from the 1990s but the data would improve in the next financial year by 2%. 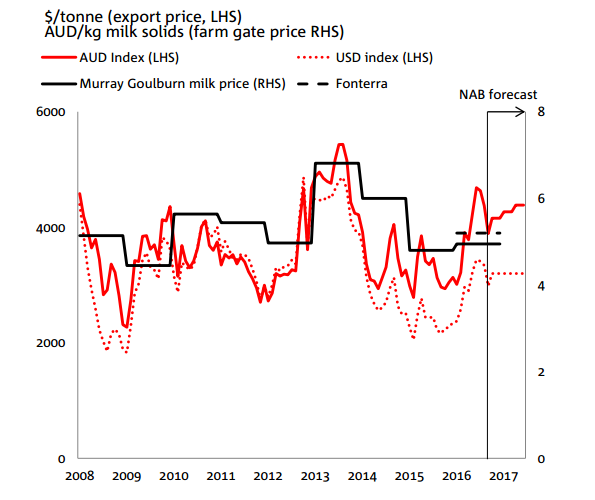 (Figure: Future forecast of milk prices that would bring more growth from export)

There is the increase in the lobster, tuna fish abalone production that is creating a growth in the Agricultural Industry of Australia. There are 45 of increase in the rock lobster production in the last financial year. As per ABARES, even though the value of Australian rock lobster, tuna and abalone production may increase in the next financial year, the decline in the value of prawns, salmonids, and other fish will negate those gains (Sheng, et. al., 2017). A downward forecast is projected in fisheries and aquaculture and it is estimated to be around $3 billion(Grundy, et. al., 2016). The strong export projection of rock lobster, which is the most lucrative fish product of Australia, is expected to be 2 percent higher at $1.5 billion. The total export is expected to be $716 million for rock lobster production. Since the growth of Asian markets and tariff deductions, the exports are expected to be higher (ABC News, 2017).

Agriculture is one of the key elements of the Australian economy, and as per estimates made by ABARES, the gross value of the farm production will be increased by 17.3%. Hence, the following key points should be considered for the development of agriculture in Australia:

The important crops are: