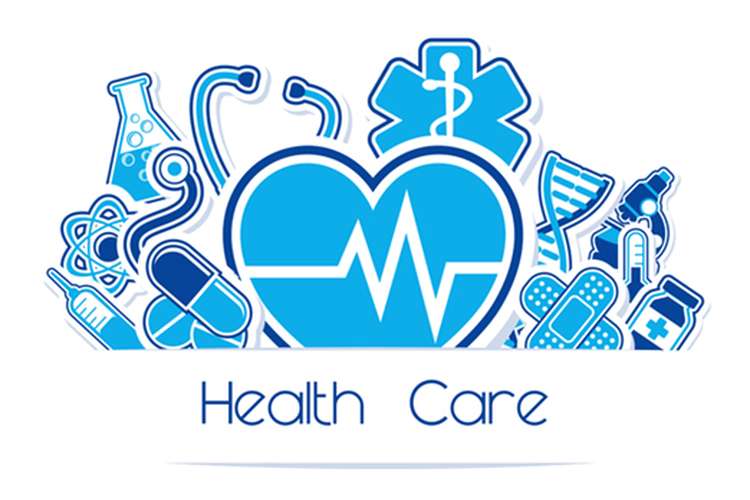 The prime objective of this paper is to understand the security issues of the private networks in both the private and public sector industries. The different types of securities issues of the network based applications and the cloud based applications are highlighted in this paper. The paper highlights the recent developments in the field of science and technology considering the security aspects of healthcare networks [12]. The importance of the security measures is also discussed in this paper which helps the readers to more about the changing nature of the risks. Critical analysis of the security issues are the major healthcare industry is the most essential feature of this papers along with that the paper also discusses the different types of threats. The three major threats of the healthcare care industry which are malicious programs such as the Wannacry ransomeware, threats coming from inside the healthcare industry and the threats coming from the different types of phishing emails are discussed thoroughly in the paper [5]. All the associated issue related to these major risks are also discussed in this paper so that all the essential details related to the network security in hospitals as considered. The risk mitigation steps of one of the three discussed issues are stated in the paper. The risk mitigation steps are proposed in such a way that it maintains the growth and productivity from both the point of view of the internal as well as the external stakeholders of the hospital.

According to Patil, Harsh and Ravi (2014), the healthcare network architecture is a very important aspect regarding the healthcare care industry. The author stated that the hospital authorities and patients access sensitive information which is needed to be protected at any cost. The authors of this paper highlighted the importance of the security in the network architecture, they stated that it is very important for the hospital authorities to concentrate more on the architectural of those networks as they are the most basic and fundamental units of the networking system in the healthcare industries. According to the author the developments in the field of advanced computer applications has led to the growth of advanced threats and vulnerabilities which can have a direct negative impact on the outcome of the healthcare industry.

According to the author all the components of the networking architecture are vulnerable to the threats and vulnerabilities so each of those components should be frequently evaluated by dedicated teams which will be enhancing the efficiency of those architecture. The writer of this human resource stated that each unit or block of the network architecture should be critically examined so that there is no security issues related to them. The author focused on the importance of the analyzing different units of the networking system such as the packets which are transmitted from one point of a system to another point. The security issues related to the routers can be purposefully solved with the help of the risk mitigation strategies which are stated in the later sections of the paper. However, it was found that the main limitations of this resource us that the author failed to showcase any particular healthcare industry which is facing issues in their network architecture.

The author stated that the unauthorized access is a type of threat coming from the insiders is also a concern for the healthcare industries as any types of alteration of the data which are transmitted in the hospital organizations is very much harmful for both the perspective of the hospital authorities as well as the from the point of view of the patients. The author also highlighted that the invalid configurations are the other type of threat to the network architecture of the healthcare industry. The different types of malicious attacks and data breaches are the other vital threats to the networking architecture of the healthcare industries. According to the author these threats have the potential to seize and alter any type of essential data which are circulated within the organization. The other kind of threat involved in the networking architecture are the switch spoofing and double tagging process. These issues have a direct negative impact on the health care network architecture. However, it was found that the foremost restrictions of this resource are that the authors were unsuccessful to focus on any specific hospital that have already faced extreme adverse conditions due to the malicious attacks or threats coming from the insiders which could have authenticated their statements.

As stated by Zhang et al. (2015), malfunctioning of the different modules of the healthcare network is the other security issues in healthcare industry as the hospital organization can get hugely affected by it. The other threats of healthcare network architecture are the attacks coming from the CDP and telnet. Fragmentation attacks are the other types of attacks related to the networking security of the healthcare industry. The main limitation of this paper is that the statements are written mostly in generalized form without any specifications.

As discussed by Gope, Prosanta and Tzonelih (2016), the extensive development in the field of information technology has led to the growth of important technologies which effectively help to main security in the healthcare industries. The application of artificial intelligence in the networking sector of the healthcare is one of the most important recent development in the healthcare industries. The author focused on the latest AI based applications which provide a great deal of accuracy in securing the hospital networks from the external threats. The writer of this resource highlighted the use of business intelligence is the other major type of development in the health care network as it help the hospital authorities to deal with the future securities issues on their private networks. Cloud computing technology is also increasingly used by the latest healthcare industries which helps in the maintaining the privacy and security of the healthcare networks. However, it was found that the main limitations of this resource is that it do not discuss the compatibility issues of the latest technologies with the hospital authorities as it would have guided the other hospitals who are planning to implement these technologies on their environment.

The importance of security in healthcare networks

As stated by Bhatt, Nilanjan and Amira (2015), the security in the healthcare network has to be taken special care of for smooth conduction of all the complex operations. The author stated that any type of security related issues related to the healthcare network is very much vital for the growth and development of the organization. The writer of this resource said that the use of the advanced sensory apparatus and instruments should be practiced in all the healthcare industries as it will enhance the security both from the point of view of the patients as well as from the perspective of the internal and external stakeholders of the hospital. The author also stated that the latest health care industries generally use different types of medical and non-medical devices for different types of activities. The use of the electrical ventilators are promoted into the healthcare industries in the operation rooms. This paper is written beautifully by the writers, balancing all the key points and each of them are specified in details from different perspectives.

On the other hand, it can be said that using these methods a computer system can be assessed for many months without even getting notified, detection of impacted systems is very much difficult for the hospital authorizations [6]. One of the most important aspects of these networks issues is that it can be used to change the rules and regulations of the hospital authorities which will be very much immoral from the point of view of their sales and services which there were supposed to provide to their clients.

This section of the paper will be focusing on the risk mitigation strategy of wanna cry ransomeware, however it needs to be understood that there is no actual preventive measure of this cyber security issue [10]. The following paragraph will be giving an idea about the different steps which can be followed in order to minimize the chances of getting infected from deadly malicious programs such as the wanna cry ransomeware. The implementation of a dedicated IT team in each department helps in maintaining network security in the healthcare premises. Ad blocking extensions should be enabled in each of the computer systems which are connected to the network. The practice of updating the latest versions of the operating systems used in the healthcare industry as well as updating the network based applications are very much useful in containing or minimizing the issues which have a direct negative impact on the organization.

Application of the complex alphanumeric passwords as login credentials for each stakeholder of the healthcare industry is one of the most important criteria regarding the healthcare network security [8]. The data backup processes in the healthcare industries should be frequently practiced using the cloud computing applications. The advanced cloud computing applications are used in the risk migration strategies in different kinds of ways. All the wireless communications which are installed and used in the hospital premises should be disconnected if they are not actively used. The attachments of the emails should be properly scanned before downloading it into the system as it will be helpful in preventing the cyber security issues to a huge extent.