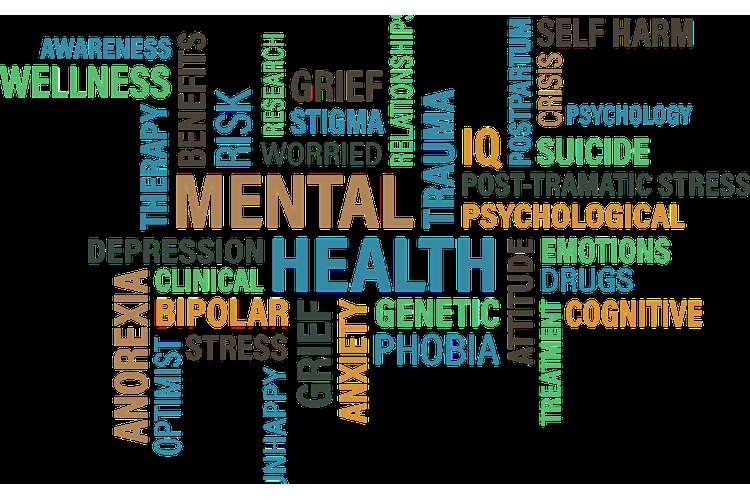 Several studies suggested that mortality and morbidity rate is increasing due to injuries and non-communicable disease in low and middle income countries including India which suggests that emergency services needs to be improved urgently to prevent needless death and disability (Hirshon, et al., 2013) (Kotagal, et al., 2014). Rajdou, Mahajan and Balinga further supported this notion by stating that the trauma structure in India still needs massive improvements. They also presented the big data management that seriously injured people in India have six times more chances to expire as compared to other nations with improved and efficient trauma structure. These countries offer early referral to absolute care leads to better outcome and reduction in poor outcomes (Radjou, Mahajan, & Baliga, 2013). On overlooking, the specific flaws in the EMS of India, two of the studies conducted by Garg and Subhan; Jain called the emergency medical services in India as fragmented (Subhan & Jain, 2010) (Garg, 2012). Further another study conducted by Sriram et. al. called the EMS in India as fragmented, uncoordinated, and of poor quality. In Sriram et.al, study, it was concluded that the stakeholders informed about an absence of regulation and standardization of EMS facilities at the national and regional level in the given hospital. They observed that most of the organizations independently planned and executed their EMT training programs as per their requirements without any accreditation from a national institution or authority. Further, the trainees were also not needed to get a certification from external institutions (Sriram, Gururaj, Razzak, Naseer, & Hyder, 2016).Another study outlined that the pre-hospital services in India are provided by several providers from public, for-profit and non-profit sectors, with are varying from extremely basic patient transport to highly specialized, mobile coronary care units. The study also found out that majority of the people have no awareness of the number to call in case of an emergency such as Dial 108/102/1298 Ambulances, Centralized Accident and Trauma Service (CATS), private ambulance models are available with a wide range of dispatch and transport facilities. (Sharma & Brandler, 2014).

Another significant aspect of emergency medical service is the emergency referral services. Government of India has taken initiative to reinforce emergency referral services to enhance the reachfor facility-based intrapartumservice delivery. Government has designed and planned several models for executing the service based on the health infrastructure and several other aspects of different states (Shankar Prinja, et al., 2014). ERS, which is implemented in all the states, is publicly financed however, the mechanism of delivery differs. For example, in states of Jharkhand, Gujarat, Madhya Pradesh and Haryana, delivery of ERS is publicly managed while in states like Bihar, Kerala, Rajasthan and Punjab ERS provision is based on public-private partnership (PPP) mode with public funding and private delivery (Sundararaman, Chakraborty, Nair, Mokashi, & Ved, 2012). However, another study contradicts the findings and identifies the ERS of India as poor. The study found that often the emergency patients are referred government hospitals which leads to wasting of the crucial time which could save patient’s life or improve health outcomes. Further, for the government hospitals, the study reported that there are no well-defined distinction of roles and responsibilities in emergency department [ CITATION Gar12 \l 1033 ].

In public as well as private sector, a failure of integration and standardization with regards to human resources and regulation within leadership and governance is observed. Due to lack of standardization, the organizations were free to set their own objectives which resulted in diverse range of strategies and approaches. It further led to the conclusion that the EMS scenario in India persists to be fragmented, with least control over the quantity or quality of services. As there is a lack of sufficient governing systems at the national or sub-national levels, the duty for emergency care systems is dispersed across a range of public and private actors, without a compulsory force linking these factors and eventually directing the system. Public sector support for services seems to be central to the long-term financial sustainability of EMS organizations. However, the laws and public policy regarding EMS is either lacking or poorly imposed in India. In addition, for improvement in the current EMS scenario in India, more regular and increased funding will be required. Further, there is need for integration and coordination among existing services, and better organization and leadership. It can be achieved by making EMS administration and leadership a more desired career choice. (Nielsen, et al., 2012).

It is essential that the guidelines by the Supreme Court of India must be compulsorily presented publicly at emergency in order to remind doctors of their responsibilities and rights and the patients could get the required care easily. When they fails to provide the needed fund and assistance then it must come in the notice of people by auditing through authorized audit companies.

Another study identified the barriers to implementing efficient EMS which were classified into six divisions and those were culture differences, poor infrastructure, inefficient communication resulting in ill-coordination, lack of transport, equipment and human resource (Kironji, et al., 2018). Another study supported the argument by revealing that seriously injured patients miss useful prehospital time in the emergency as there is lack of guidance about destination and inter facility transfer, absence of efficient transportation, and no concept of initial trauma care (Radjou, Mahajan, & Baliga, 2013). The extension of EMS especially in rural areas or under reach areas can be done by making use of the already present systems of first responders which are mostly the commercial drivers and lay persons. Initiatives can be taken to improve their efficiency by providing them more comprehensive first aid training, and better including their endeavors within formal EMS, are necessary. Another study also supports this idea that strengthening the existing network of unofficial sources of drivers and police and with training, funding fast transport with taxes on roads and vehicle fuels and standardizing the private ambulance providers. It could be more cost-effective in a society in which assisting and helping others is not just wanted, but is essential for general financial survival (Roy, et al., 2010).

The Government of Delhi in an attempt to address the issue of uncoordinated EMS set up the Centralized Accidents and Trauma Services (CATS) in the early 1990s. CATS were subsequently set up across the whole country. However, it fail to provide any reasonable gains and failed in spite of having a toll free number -102 which is the emergency telephone number for ambulance in several parts of India. But, there are different emergency numbers in different states and Union Territories. Therefore, there is a critical requirement of a centralized Medical Emergency authority that will be responsible for providing guidelines for introducing emergency services with a single telephone number throughout the country. The centralized body can serve several essential purpose such as planning protocols, granting technical support, training, capacity creation, and certification of emergency services. Several studies have identified the need of standardization of procedures, guidelines, and personal competencies along with creation of law in parliament to offer legal safeguard for the workers in emergency services. For example, Government of Gujarat state took the initiative by introducing the Gujarat Emergency Medical Services Authority. It is a required measure in the correct direction. Gujarat was the first state to truly pass emergency services regulation in India. Although in Gujarat, a statewide system of emergency care by integrating government, non-government organizations (NGOs), and other private firms, has been established (Subhan & Jain, 2010).In India if different working bodies such as Securities and Exchange Board of India, Telecom Regulatory Authority of India, and Insurance Regulatory and Development Authority to standardize share market, telecom, and insurance services, respectively, then establishing a governing authority for standardizing the health services, especially the emergencies, can also be taken seriously.

One study suggested that public and private partnerships can be significant in executing a structured prehospital care system in India which can be a justifiable solution for improving EMS (Sharma & Brandler, 2014). Another study revealed that Public-Private Partnership mode can be an option to move forward to improve the quality and expand the reach of EMS in India (Gupta & Basu, 2014). But the organizers of private firms have showed apprehension that if the collaboration with the government will achieve the desired goal of expanding the scope of EMS throughout India at a reasonable price. One of the case study revealed that the hospitals adheres to the regulated model across the states and union territories where they have contractual arrangements. Procedures for fleet handling, information systems and training, and placement were efficiently organized at the organizational behaviour stage. The public-private partnership seems poor in direction. This study supports the implementation of the Public-Private Partnership mode. However another study also raised a debatable issue that whether the state-funded EMS scheme will be sufficiently strong a poorly resourced facility in which public hospitals are ill-funded (Gupta & Basu, 2014). Further, one of the studies concluded that due to lack of an EMS system currently, the prehospital care is the responsibility of the citizen which he/she fulfills by using societal associations. It is essential to stop this system and move this responsibility to the state. The arguable point is whether the state-funded EMS system will be strong enough in a setting, which is poor in resources where public hospitals are ill-funded. (Roy, et al., 2010). Even though trauma is a commonly recognized public health issue, its primary prevention has lingered in the field of town organizers and railroad constructers and developers. A combined research on primary prevention of road traffic accidents, domestic injuries, industrial trauma and civil mass fatality has not been conducted in India to this point. Therefore, further research is needed in future to understand the different aspects of EMS in India and their connections with each other as it will enhance the overall understanding of the functioning and governance of EMS organizations.