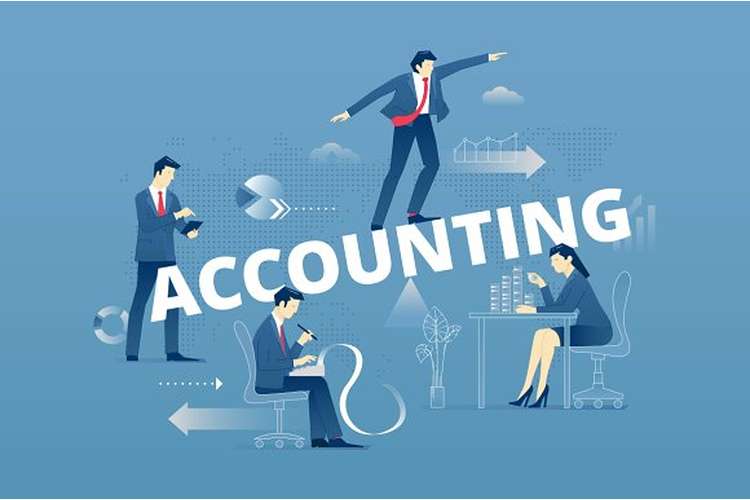 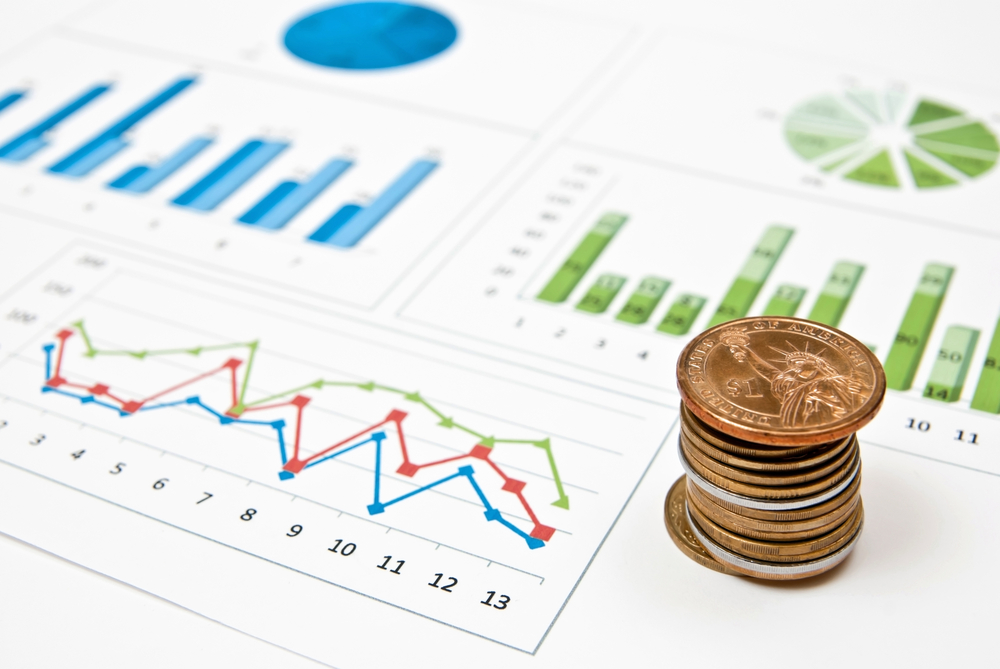 In accordance with the Annual report (2017) of Telstra Corporation, all the non-current tangible assets such as and intangible assets are subject to testing for impairment. The assessment is done to overview the difference in the value of carrying amount (presented in the financial statement) of the asset.

Impairment testing of non-current asset: The non-current tangible assets are subject to impairment testing whenever it is assessed that the carrying value is not recoverable. For the purpose of impairment testing, a small group of assets is considered which provides independent inflows. Then the comparison is done of the recoverable amount with the fair value in which cost of disposal and value of use is deducted. Whenever an impairment loss is recognized, then the loss amount is presented as an expense in the profit and loss account (Telstra Corporation, 2018).

Impairment testing of Goodwill and other intangible assets: the intangible assets are tested by comparing the recoverable amount to the carrying value of the cash generating unit (Telstra Corporation, 2018).

The organization makes the impairment testing by comparing the recoverable amount to the fair value less cost of disposal and value in use. The concept of value in use represents the current value of future arrival amount (net of outflow) with the constant use of asset and disposal activity. The company makes major assumptions in ascertaining the calculations used in assessing value in use. The concepts like discount rates, terminal growth rates, and cash flow forecasts (Telstra Corporation, 2018).

The impairment testing process of the company was quite subtle and to the point. Telstra makes impairment testing of all of its non-current assets and intangible assets such as goodwill, and of financial instruments (Ramanna, and Watts, 2012). The standard process of testing the impairment is through assessing the recoverable amount and comparing with the fair value of the asset. The key assumptions made by the company are in respect of value in use amount of an asset. Thus, there is a clear description in the annual report regarding the impairment process and the manner in which the organization conducts the impairment process. Any form of the impairment loss is mentioned as an expense in the Profit and loss account and is written off against profits of the organization (Ramanna, and Watts, 2012).

The subjectivity for the calculations is only in terms of calculation of “value in use” wherein the organization makes assumptions regarding cash flow forecast, terminal rates, and discount rates and calculates the value in use of an asset. Thus, this calculation involves subjectivity which can influence the amount of the impairment loss or impairment calculation (Telstra Corporation, 2018).

Impairment testing is indeed a vital concept for the accurate and reliable ascertainment of assets of an organization. With the passage of time, it happens that the value of asset tends to distort but the company makes a record of the asset without considering the internal or external source of information. Impairment testing is a process which provides an opportunity to companies for re-assessing the value of their core assets and presents a more reliable and accurate financial statement for the organization (Goncharov, et. al., 2014).

In case of Telstra Corporation, the difficult thing to ascertain is that though after making multiple calculations and assumptions, impairment losses are ascertained for core assets these are also subject to error. The calculation of value in use is based on a number of assumptions (which are always subject to certain error) (Goncharov, et. al., 2014).

Impairment is indeed a time-consuming activity which leads to change the profitability of the organization and is also a method which is subject to the best judgment of respective companies. Companies or organizations can also make wrong use of such concepts by showing irrelevant loss or assumptions (Goncharov, et. al., 2014).

Companies indeed use the concept of impairment testing for presenting the fair value of their assets. Company’s presents number of non-current and intangible assets over their balance sheet which must reflect true value otherwise would distort company’s worth (Telstra Corporation, 2018).

The new insight which is gained is that companies must always make impairment testing process to the best of judgment skill as otherwise would present wrong interpretation. Companies can even make wrong assumptions for increasing accumulated impairment losses and use for reducing the profitability and thus, taxation amount (Telstra Corporation, 2018).

Fair value measurement can be ascertained as the value which is received when an asset is sold. This can be understood as the market price which is received when made relevant and fair market transactions.  It is a quite important value which truly represents the fair and honest value of organization’s current assets, non-current and intangible assets of the company (Telstra Corporation, 2018).

Leasing is a term which denotes hiring an asset rather than purchasing those assets. There are various factors which businessman considers before purchasing or leasing an asset such as financial situation, off-balance sheet financing etc. The former lease accounting standard includes operating lease standard and financing lease standard. Operating lease is a lease whereby the ownership of the leased asset is not transferred to the lessee and also the running cost is further added to the cost (Collins, et. al., 2012).

The chairperson of IASB has assessed that there are around millions of leases which are taken by different industries mainly shipping industry and retail industry and airline industry. These industries have taken a large amount of off-balance sheet debts which are not presented in actual financial statements. Thus, despite large debts amount taken by firms, the financial statements does not present true and fair view of company’s financial figures (Collins, et. al., 2012).

Thus, it was administered by IASB’s chairman that the accounting statements do not reflect economic reality. A large number of debts which were taken by companies are not reflected and thus, the investors find it difficult in actual ascertainment of financial figures.

The major reason behind the occurrence of 66 times off-balance sheet lease liabilities than the actual debt was due to the concept of operating lease. Operating lease is the leasing in which the ownership of the leased asset is not transferred to the lessee and also, the asset is lastly is kept with the lessor only and only presented in the off-sheet balance sheet. Thus, in operating lease, there is no requirement to present the leased asset and lease liability on the balance sheet of the company (Goncharov, et. al., 2014).

Thus, there is a high difference of the debt presented in the balance sheet and the actual debt taken by the company. Majorly industries have taken high debts which have actually created high debts. There was also lack of comparability among company’s financial statements due to buying or hiring leases (Goncharov, et. al., 2014).

In accordance with the views of IASB chairperson, there were certain differences in the airline's company’s financial statements presentation. Some of the airlines who actual purchases (as per management decision) air fleet, presents higher debts and high assets. This put an impression that the company has high debts and has a high financial obligation (Altamuro, et. al., 2014).

While some of the companies take up air fleet through operating hiring. In operating hiring process, the lessee does not get ownership of the asset and does not need to depict over the financial statements and also there are few running costs which are also included in the lease amount. Further, companies who actually purchases air fleets have different financial statements (Altamuro, et. al., 2014).

Therefore, there remains no comparability among the financial statements of different companies in the one industry. The company who have high off-balance sheet financing have good financial statements and investors tend to get attracted towards such companies and companies which clearly presents their debts does not present a clearer picture. Thus, it is ascertained that there is no level playing field among companies in the same field (Altamuro, et. al., 2014).

The lease has always been one of the favorite sources of financing for businessmen and the existing lease standard allows managers to preferably hire the asset in place of purchase of the asset. The major benefits are that there is no need for the capital requirement, no presentation of lease liability and lease asset, and thus, makes the financial statement more preferable and an attraction for all. With the new lease accounting standard, lease wills no longer a favorable source of funding for companies. Companies will have to present their lease liabilities and lease assets will also be presented. Thus, it will lead to the unpopularity of lease among investors and stakeholders (Collier, 2015).

The new lease standard has been formulated with a view to eliminating the existing drawbacks of the existing lease standard. With the existing operating lease standard, businesses and industries do not tend to presents the actual value of debts and income flow of the organization. There was the concept of the off-balance sheet which leads to underestimation of debts and actual economic reality. This concept has led to increasing off-balance sheet liabilities which eliminate the liabilities on the financial statements. As the concept of airlines is discussed by the IASB chairperson, this leads to lack of comparability and provides different visuals of financial figures to investors (Collier, 2015).

With the initiation of new lease accounting standard, a new equal platform would be created for all companies. Management would put in more efforts to make “buy or lease” decision. As in both the concepts, companies would have to present the asset value and the lease liabilities will have also presented in the balance sheet (Collier, 2015).

Till, management takes up leasing as lease contracts have more attraction factor but with the new accounting standard companies will exact values of debts and assets over balance sheet which would communicate true and fair financial information to the investors (Collier, 2015).

Lastly, it can be ascertained that impairment testing process is important and is also subject to organization choices which must be presented and clearly interpreted in the annual report. Further, changed lease accounting standard is formed for beneficial organizations and also for investors. With the new lease accounting standard, management would put in more efforts to improve the management buy or lease decision and also investors would get more reliable and relevant financial statements.