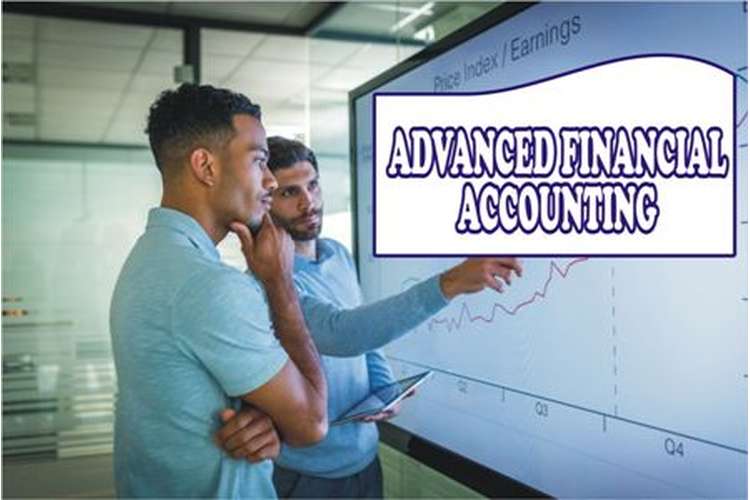 Role of Mark to Market Accounting Approach in Enron’s fall

The company Enron was formed in the year 1985, as a result of the merger between Houston Natural Gas Co. and Omaha-based InterNorth Inc. (Matoussi and Jardak, 2012). One of the major reasons that formed the base for the fall of the company was the top management’s decision making process to lead Enron from a conventional historical cost accounting method to the mark to market (MTM) accounting method (West, 2018). In order to do the same, the company had got sanction from the U.S. Securities and Exchange Commission in the year 1992. The company had incorporated the mark to market accounting approach for the energy trading business. The mark to market approach is the measurement of the fair values of the various accounts of an entity, that can change over a time, as in the case of assets and liabilities. The aim behind using such an approach is to display a more realistic appraisal of the company’s current financial situation. The company Enron used the approach to manipulate the financial statements, this is because the fair value determination is a complex process (Kim and Zhang, 2016). This is because of the fact that commodities such as gas do not often have a quoted price upon which to base the valuations of the fair value.

Under this approach, whenever the company Enron had an outstanding balance in relation to energy and another derivative contract related asset or the liability balance, the same was required to be adjusted to the fair value as at the end of a particular quarter (Rimkus, 2017). The resulting unrealised gains or losses were booked in the income statement for that period. As there is difficulty in determination of the fair value prices, the companies like Enron are free to use and develop a range of the discretionary models for the valuation that are based on their own assumptions and estimates. The company Enron was under a consistent pressure to get pass the earnings estimate, in response to which the valuation estimates used by the entity were considerably made to overstate the earnings. As per the reports, the unrealised gains of the company were a bit more than half of the company’s pre-tax profits of the year 2000 that were $ 1.41 billion.

Use of the Special Purpose Entity by the management of Enron

A special purpose entity (SPE) or vehicle is often known as the bankruptcy-remote entity that is being used by the companies to securitize the assets and in turn holding them off the balance sheet. The operations of these kinds of entities are limited to the acquisition and financing of specific assets, which is further directed at isolating the capital or hedge risks (Norwani, Zam and Chek, 2011). The operations of a special purpose entity are explained as follows.

At first stage companies like Enron contributes the hard assets in relation to the commodities like real estate or energy and the related debt to a SPE, in exchange for an interest (Fischer and Marsh, 2017). In the second stage, the original company then borrows huge sums from the financial institutions in order to purchase the further another assets and the conduct of the business without the hard assets and the debt being shown on the financial statements.

The company Enron had made the use of the SPEs, and capitalised them with a wide range of the assets and liabilities, including the derivative financial instruments, restricted stock and the incidental rights to buy the stock and related liabilities (Li, 2010). It also used the SPE to get rid of the assets that were consistently falling in value one of them being overseas energy facilities. This enabled the Enron to keep the losses of such assets out of the actual financial books of Enron. Thousands of SPEs were reported to be involved in the conduct of the business of Enron, while two of them were operated by the company’s management itself namely the LJM Cayman LP and LJM2 Co-Investment LP. This enabled the payment of whooping $30 million in management fees by these SPEs to the Enron’s management itself. Thus, while losses were kept at bay using the SPEs, benefits were being availed by the management of Enron.

Stock Compensation Scheme and the management of Enron

The breach of the agency theory occurs when the agents fail to appropriately represent the best interest of the principals. In the case of the corporations, the directors and the top management of the company are entrusted with the responsibility of managing the affairs of the entity (Bosse and Phillips, 2016). The directors do so in the capacity of the agents acting for the principal, i.e. the corporation and the stakeholders. The board of directors of the company Enron had failed to carry out the role of the regulator in the company, and did not pay adequate attention to their oversight responsibilities, due to which the company had ventured into the illegal activities that were opposed to the general interest and benefit of the stakeholders (Deutsch, Keil and Laamanen, 2011).

The company Enron used to award about annual options that equalised to about 5 percent of the salary of the individuals. The percentage of the employees that were awarded such options was around 60 percent. In addition to the employees, executives and the top managers also did used to get such options. It is significant to note that at the end of the year 2000, almost all the managers and the employees of the Enron possessed options. These could have been exercised for about 47 million shares in return. While the average strike price of the stock options at Enron was about $30, and at the end of the year 2000, the average trading price of the same in the market was about $83. Thus, the total profit that could have been earned exercising the options was approximately $2.5 billion. The existence of the huge rewards made these options seem lucrative and favourite for the top executives and the directors of the company. In order to yield the maximum out of these options, the top management even tried to influence these options (Markham, 2015). This was done by projecting the optimistic profits in the upcoming years.

Thus, as evident from the discussion above, the top managers of the company exploited the accounting principles to overstate the profits and influence the stock options to the maximum extent possible. As a result of the growth of the stock options, the management of the Enron created a huge conflict of the interest as that of the stakeholders and themselves. Consequently, the agency theory was breached and oppressed for the personal gains and benefits.

Some of the examples of the measurement methodologies from company’s annual reports for the year 2017 are described as follows:

The expense for the Share-based compensation scheme in the case of restricted stock units, also known as the RSUs, together with the restricted stock is measured on the basis of the closing fair market value of the Company’s common stock. The fair value so taken is on the date of grant (NASDAQ, 2017).

The property, plant and equipment are measured at cost, and the same are depreciated using the straight line method of depreciation over the useful life of the assets (NASDAQ, 2017).

Inventories are measured at the cost, the computation of which is done using the first-in, first-out method, and net realizable value; whichever is lower (NASDAQ, 2017).

The deferred tax assets and the liabilities are measured by using the currently enacted tax rates that are applicable to the taxable income in the year of realization of such assets or liabilities (NASDAQ, 2017).

For instance, the company measures the inventories at cost. The cost of the same is computed using the FIFO method. The information is useful to make the decisions to evaluate the real value of the inventories of the Apple Inc., in terms of the industry in which it operates. As the company operates in an industry, the items of which diminish in value too soon, because of innovation, product and component obsolescence, and other environmental factors. It is crucial to examine the real value of the inventories of the company. This is also because the inventories form a major part of the financial statements. As observed from the financial statements of the entity, it is noteworthy that the company makes write-down for inventories of components and products, on a regular review. The writing down of the inventory is aimed at bringing the item to a level that equalises the anticipated demand or net realizable value. In addition, the impairments of manufacturing-related assets is also critical to be presented in the financial statements, to enable the decision makers to see transparent picture of the business activities. This is because of the fact that the carrying amount of such assets may not be recoverable.

In addition to the above, the company accrues the amount of purchase commitment cancellation fees, in relation to the orders of the inventory, which are already cancelled or expected to be cancelled. In the event of anticipation of drastic technological or other changes, the company accrues the additional amounts of the cancellation fees, which hold the potential for adverse effect on the results and the income in the year of such operations.

Thus, from the instances cited above, it is clear that the various measurement methods provide range of the decision-useful information to the investors, regulators, and other stakeholders.

The company Apple Inc. measures and reports the investments in available-for-sale securities using the fair value approach. The approach is better than to measure the stated kind of investments because, the actual value of the said securities change in the market very frequently. Therefore it is better to measure the same at the latest fair values. In addition, the company takes into account the unrealized gains and losses, with respect to the changes in the fair value of securities. The changes are recognised in the accumulated other comprehensive income, after giving the tax treatment to the same. It is essential to regularly review the portfolio of the investments by the entities like the Apple Inc., to see whether any of the securities have permanently impaired in terms of the value in the market, because of the technological and other changes in the industry of operation. The failure to record these investments at the fair values may have an adverse impact on the entity’s financial picture and operating results.

Thus, as stated above, it can be said that techniques deployed by the companies are critical to be examined to draw inference on the numbers as represented in the financial statements.