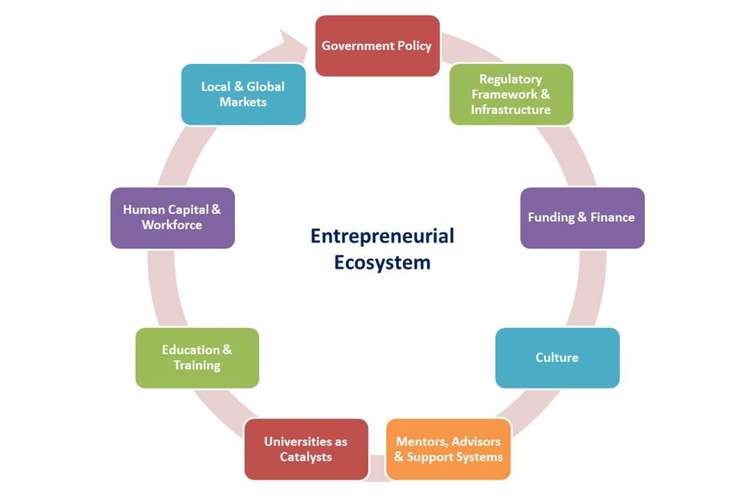 The entrepreneurship is the most challenging business environment to expand in the global market with the help of the global opportunities. The home country that has been mentioned in the report in Nepal. The assignment is based on one of the most famous rock bar who highlights the view of the nightclubs in Nepal with their music. They are the live band performance entrepreneur in Nepal. The live band musical bar is the top destination for the visitors in Thamel for more than 3 years. The mission of the rock bar of Nepal is “we promise you an unforgettable experience at the liveliest place in Thamel. Together, we will paint the night”. This bold statement highlights the point hat they are the most aggressive form of the live rock bar entrepreneur to make their visitors satisfied with their musical love. Thus, the assignment is based on the success story of purple Haze, to reflect on the concept of the importance to have a professional manager, and also the importance of the entrepreneurship to go global instead of being local.

Persistence, ethics, and the innovation are the key source of success of Wiggles, the Australian entertainment entrepreneur. Satisfying the customers with their needs of music tastes for overseas customers irrespective of the risk and threats, they have taken the change to sustain their business in Overseas. For their brand popularity, Wiggles were able to earn sufficient profit from the overseas market at the time of the economic crisis. Likewise Wiggels. Though purple Haze is the renowned rock bar in Nepal but, they have their expansion in Memphis, in Fiji, an also in Fort Lauderdale. Thus overseas expansion has helped them to earn more revenues and profit ion an effective manner.

Purple Haze is one of the most popular club in Kathmandu.  It is the favourite centre for the local people. The key success factor for the purple Haze can be mentioned as the dependable atmosphere. Some of e best bands of Nepal use to arrange their shows through this rock bar of Nepal. The skilled musicians are the attraction point of the music bar. Likewise Wiggles used to do the ethical business, Purple Haze also is associated with the ethical business concept as arranging the charity function by offering the nice musical show for the child in different charity organisations of disabled child. They also have offered the proper therapy with compassion, and by understanding the requirement of the disabled child in a positive manner. They are not associated in exporting the merchandise of the music events and shows, rather they use to prefer to focus on the local market with the skilled musicians to satisfy the need of the local customers. But, based on their brand value in the local market as a strong and successful entrepreneur, they are also able to attract the foreigncustomersthosevisiting Nepal to have their music taste. Thus, in this manner as well, the rock bar is able to earn fromforeignexchanges, and also is able to contribute the huge profit to develop the economic condition of Nepal.

The ambience of the rock bar by highlighting the good food menu, drinkingmenuand with the proper ventilation in the hall, with the capacity to hold 200 people in thebig hall, they are able tooffer the localrockmusic as well as the international rock music to meet up with the taste of the international foreigners those use to visit they or bar as well. Thus, meeting the needs of the international as well as the localmarket with the wide range of the musicservice has brought their success to establish the brand name in Kathmandu as the topentertainment house. They also have earned the maximum excellent review in the trip advisor as the best rock music destination in Nepal.

Their internet presence using the social media also is the most important step that they have used in the present digital marketing era. Their Facebookinteractions with the skilled professionals in Purple Haze as the customer service employees sue to help the rockbar to have a clear and transparent communication with their loyal customers as well as with the other feedbacks. They also use to publish their present and the upcoming shows to provide the valuable information regarding their show timing and features. Thus, Purple Haze is the most successful music entertainment entrepreneur to attract the young generation with the help of the digital marketing as the best promotional tool along with their traditional promotional tool using the Television commercials, bill boards, and others. Based on the discussion,it can be stated that likewisetheWiggles, Purple Haze also is able to establish their local market business in Kathmandu with the essence of the ethical, and innovative business concepts. This also has raised the opportunity for the more overseas expansion to learn more and more revenue from the overseas market like Wiggles. Thus, it can be stated that it has repeated the success story ofWiggles in its own way.

Importance to have a professional manager

The team of the band of Wiggles were skilled with the music skills but they're not skilled with the management qualifications to control the local as well as the overseas performance after the expansion of the market. This has given the rise to the concept of hiring the professional manager instead of relying on their own music skills to control the huge business in a positive manner. The hiring as the general manager of Mike Conway has enriched the strategic directions of the band in an efficient manner. The board meetings arranged by him for the band has developed the thinking ways of leveraging their creative contents to focus on the innovation business aspect in an aggressive manner.

The increasing importance of the role of the professional managers is unquestioned by the law offices. With the increase in the competition of the same industry area, it is important to have a different look for business operations as well as expansion, so that the business can sustain in the market by competing with their competitors in the local as well as in the global market as well. In an entrepreneur business like Wiggles, it was important to hire a professional manager who will be able to control the local market as well as to control the overseas market with the wide range of the management vision of the manager when the skilled musicians will be out for foreign tours to expand their market with music shows. The business innovation with the help of the concept of the export of the merchandise as well as by producing the   CDs, DVDs, TV episodes, and also by exploring the different channels such as environments, community and through the websites. Thus, the hired professional manager has expanded their business in different wings so that the failure of one wing could have been complemented with the success of other wings. Thus, the broad and critical thinking ability of the hired professional manager ofWiggles has made the business able to become the strong entrepreneur firm in the Australian market with many competitors.

The priority-based tasks, the proper controlling on the business functions by the ability of the hired business professional manager of wiggles, they were able to earn around 30 million dollars in ever year eve in the financial crisis time 28 million dollar in the year 2011. With the wide range of the cast range in the children so has added the value in the business operations in an effective manner. Apart from that with the perfect intervention of the professional manager, they were able to earn the membership of the Australian chivalric order created by Queen Elizabeth II due to their reputed brand name in the local as well as in the overseas market to serve the children with fun and music in a noble manner.  Thus, it can be stated that without the proper intervention of the professional manager, it could have no possible by the musicians, and the casts of the music entrepreneur to exons their market with the broad vision and to capture the huge local Australian market and also to expand the market in the overseas to earn more revenue and more profit with the wide range of the business wings to support their business to sustain in the market.  Based on the concept, it is also important for the Purple Haze to focus on hiring the professional managers as they are doing as per the requirement of the business.

Some categories of unlikely business to go global

As per the view ofMahutga( 2012), the economic globalization is viewed some marketers as the hope for the world stability and for some it appears like the threat.  Even the small enterprises such as the small entrepreneurs use to plan themselves to become global from local with the sufficient investment. But, as per the present unstable economic condition of the different nations, the obstacles use to come in front of the further progress in the global market. It has been mentioned by Mahutga( 2012), that the main goal of the international strategy is to manage the large differences in business operations when any local company like Purple Haze use wish to expand their markets internationally due to the cultural differences in an aneffective manner. The executives use to fail to exploit the market and the production discrepancies by focusing on the tension involved regarding the standardization of the products or services o the localization of the product and the services.

With the sense of the inevitability, due to some serious mistakes, it becomes difficult for companies to sustain in the international market with their business operations. As an example, ABN Amro bank can be referred. The bank has acquired their position in numerous countries but was not able to achieve the integration that was required to generate the value with its international network.  The lack in the localization was responsible for the failure. In the same aspect, AES, the U. S based energy firm operating their business in 124 generation plants in 29 countries on five continents has struggled to show that it was worth operating the business in the individual unit rather than opening the business in the global market. Thus, the categories of less attention in adaptation and choosing the standardization, and the lack in assessing the need of the market redirects to the requirement of unlikely to be global for the different firms.Conclusion

Thus, from the entire discussion, it is evident that Purple Haze being local in the Nepal market is sufficient enough to satisfy their customers with the perfect essence of music life. On the other hand, international expansions are also visible through the business operations in an effective manner.  It also has been reflected through this report that it is important to get the support from the professional manager to move in the perfect strategic direction to follow the market expansion and market penetration process. At the same time, it is also important to consider the standardization as well as the adaptation process as per the requirement of the market research analysis and the responses of the market in an effective manner.