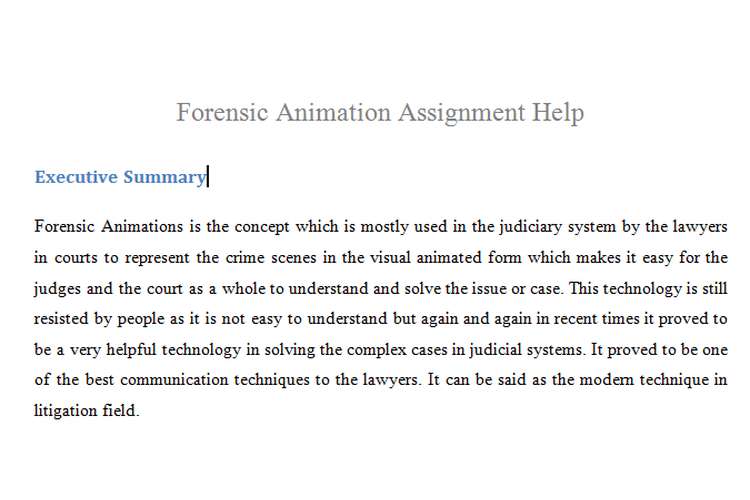 Forensic Animations is the concept which is mostly used in the judiciary system by the lawyers in courts to represent the crime scenes in the visual animated form which makes it easy for the judges and the court as a whole to understand and solve the issue or case. This technology is still resisted by people as it is not easy to understand but again and again in recent times it proved to be a very helpful technology in solving the complex cases in judicial systems. It proved to be one of the best communication theories to the lawyers. It can be said as the modern technique in litigation field.

Forensic Animation is the technique which is used  to turn the professional reports, information or investigation into 3D animated scenes. The first time this technique came into existence was in1985. Forensic animation is used mainly in legal and judiciary systems to solve crime scenes. It is used to understand the actual scene of crime in visual animations which helps in creation of good understanding (Anurag, Singh, & Gaikwad, 2014). The report contains the details about the technology, its use and its future possibilities of success. Also the advantages and disadvantages of Forensic Animation will be discussed and comparison will be made with other technologies in the same filed.

What is Forensic Animation?

According to (Liscio, 2016), Forensic Animation is the technology which uses computer graphics to recreate an event or crime scene so that it can easily be explained to the lawyers and other people who are involved in the judiciary system. These events can be an accident by a vehicle, collapse of a building or any other type of crime scene. This technology is also used in making up of media films like Spiderman and other movies with high technology in animation. This creates the accurate animations of the details given which helps to determine the actual situation of the case.

All the data which has been collected from a crime venue or from somewhere else is collected  and accumulated by the investigators, police officers or engineers and then this data is given to the expert animators who study the images and data and then create a movie of the data collected in a sequence and make an animated movie out of it which shows how the particular event might have taken place. The final product is the short movie which has an audio visual presentation and is used for solving the cases. It is the field which is expanding at a very fast pace and used to solve the problems which are complex in nature. Forensic animation also needs simulation with it. Simulation can be referred as to the copying the processes or actions. Simulations help forensic animations to look more real and original. The Forensic Animations are made by using accurate calculations by the experts. The engineers and animators work together to produce such animations with quality, accuracy and validity (knottlab.com, 2016).

How Forensic Animations are used?

Forensic Animations are mainly used by lawyers and courts for solving complex legal matters. These animations are also used in animation films like Lord of the rings and Spiderman. These are also used to show how a particular event might have taken place like how a device might have failed and how a procedure may have failed which created the problems. The data supplied to the animators are developed into the animations with the help of an expert (Yoo, et. al., 2014). Forensic animations are mainly used in solving the cases which are related to the following in most of the cases:

All the above points can be explained with the help of an example. Suppose a situation has to be described where a person is shot by a pistol by someone in a public place. Several things have to be identified that in which position victim was standing, what was the distance between the shooter and the victim, what was the timing and from which tool the victim might have been shot and what would have been the perception of the shooter. All these points have to be identified and they are shown with the help of animations which explains the difficult situations in clear manner and the audience are guided properly with this. This is also useful in memorizing the situations for a longer period of time.

Why Forensic animations are used?

There are many reasons that why forensic animations are used. Animations help in viewing those possibilities and scenarios in the case which would not have been possible without the creative visual representation (Liscio, 2016). 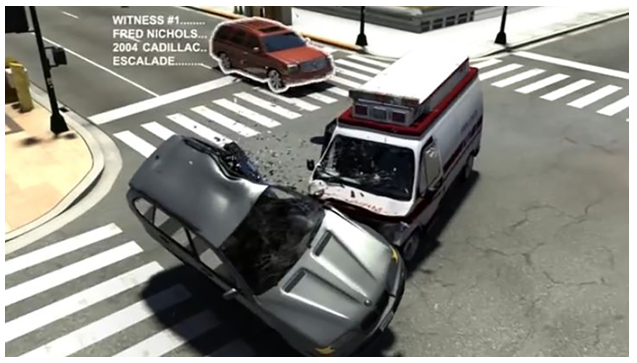 Forensic animations for an accident

The advantages of Forensic Animation

Different scenarios may be created for a single case in a court and in that case, forensic animations provides detailed analysis with visuals which provides clear explanation of the case.  It helps to create accurate information and clear the misconceptions between different parties of a case. It persuades jurors with clear arguments with the help of visuals (ripple.com, 2016). 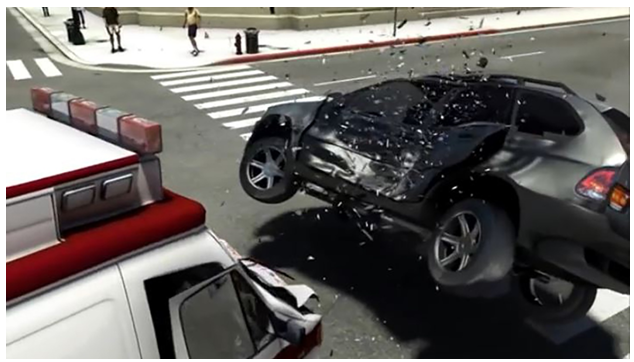 Visual story telling with the help of forensic animations

Forensic animation sis no doubt a very innovative technique which helps in solving the cases with accuracy and helps in retaining the information but it also contains several disadvantages which are given below:

The report concludes that Forensic animations are the latest technology which is a necessity in the age of information and technology. The best way of solving the case is collection of the evidences and facts and then presenting them visually. It persuades the audience to understand the scenario and retains it for longer period of time. Although it has some disadvantages as it contains a lot of cost but the advantages are more than disadvantages. Foreign animation provides great value to any case and help in solving the complex situations.  It is gaining popularity both in civil and criminal cases at a rapid speed.