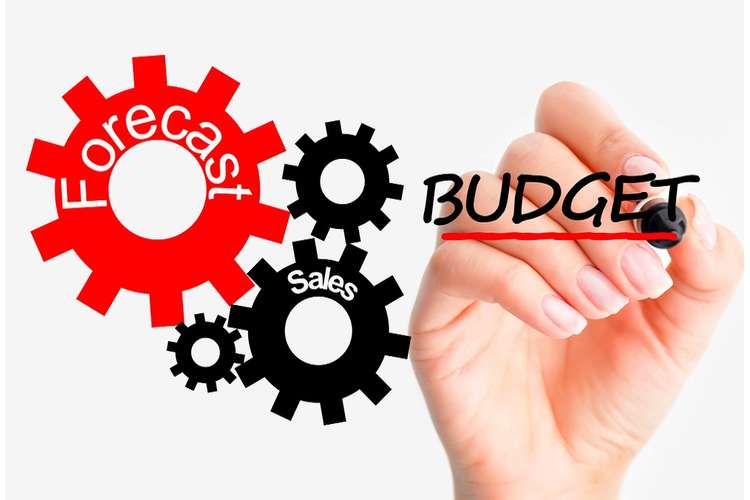 ( a )Calculate the sales breakeven in dollars: (show your workings)

( b )Prepare a projected Income Statement at a sales volume of 160,000 units:

The following questions are based on the material in Chapter 2:

The following is a budget prepared by Jacob’s Gardening (on a cash accounting basis) for the 3 months ending 31 March.

The following assumptions are used to prepare the April budget by using the March figures:

1.Fees received are expected to fall by 10%

3.All other expenses will rise by 5%

( a )Using the layout below, complete a budgeted Income Statement for April.

( b )Using the layout below, determine the closing cash projection for April if the opening balance of cash for January was overdrawn by $25,010. Ignore the impact of GST.

The following questions are based on the material in Chapter 3:

Expected sales (in units) are as follows:

Opening stock of finished goods is required to be 50% of that month’s expected sales.

Each unit produced requires 1kg of raw material at a cost of $6 per kg.

Each month’s opening stock of raw material must be sufficient to satisfy that month’s production.

Required: Prepare a Material Purchases Budget in units and dollars for the months of January to March.

Required: Prepare a factory overhead budget for each department and in total.

Each unit has the following production requirements:

The production budget for the quarter to December is:

Required: Prepare the cost of production and supporting budgets for the December quarter.

The following questions are based on the material in Chapter 4:

The following information relates to the business of L & B Computers.

Customers normally pay their debts at the following rate:

Required: Prepare an Accounts Receivable collections budget, for the months of June, July and August.

The Speedy Sports Club is preparing its operating expense budget for the September quarter.

You are required to prepare a forecast of expenses paid each month, and for the quarter, using the data they provide.

Assume all cash expenses are paid for in the month they are incurred unless otherwise stated.

Round all amounts to the nearest dollar.

1.The club employs four full-time staff. The secretary-manager’s current salary is $4,800 per month.

2.The other three full-time staff members are currently paid $3,500 per month each. An enterprise agreement will increase all full-time salaries by 8% from 1st September.

4.Estimated part time hours for the budget period are:

5.Employee overheads (workers’ compensation etc) are 8.5% of salaries and wages.

7.The club pays $340 per month for telephone and internet. Electricity and gas are billed every three months. The electricity and gas bill for the June quarter is estimated at $1,100 and is due for payment in July.

8.Other operating expenses amount to $6,400 per month.

9.Depreciation on sporting and recreation facilities is charged at 15% p.a. on cost of $92,000. The monthly depreciation is included in the ‘Other operating expenses’ above.

The following questions are based on the material in Chapter 5:

Ridge and Roberts are partners in a small accounting firm. Income and expenses for the year ended 30 June 2015 were:

For the year ending 30 June 2016, budgets are to be based on the following:

1.Fees income is expected to rise by 9%.

2.Other income is expected to rise by 3%.

3.Office expenses, Office wages, and Other Expenses will rise by 2%.

6.Marketing expenses will rise by 7%.

Q9.The following budgeted bank account is given for Bennett and Gould:

Required:Prepare a budgeted Statement of Cash Flows of Bennett and Gould for the year ended 30 June 2016 in a form consistent with AASB 107. Ignore GST for this question.

The following questions are based on the material in Chapter 6:

Baron Breck Inc. uses a flexible budget and anticipates operating at between 60 and 90 per cent of maximum capacity for June. The budget summary below hasbeen completed for the 60% and 70% activity levels.

Required:Using the format below, complete the flexible budget for June at 80% and 90% levels.

The original budget for the December quarter was planned at a level of 180,000 units of production. The quarter’s actual level of production was 195,000 units. Raw material, direct labour and variable manufacturing expense are proportional to the units produced.

( i ) A flexible budget for the December budget.

( ii )A performance report for the quarter.

( i ) Flexible budget for the  December budget:

( ii ) The performance for the quarter is best described as (select one):

3.Actual production was more than budgeted for. All costs were the same as the flexible budget.

Dimmi Pty Ltd manufactures a single product and is capable of producing 80,000 units per year. A budgeted Income Statement for the current year is shown below: 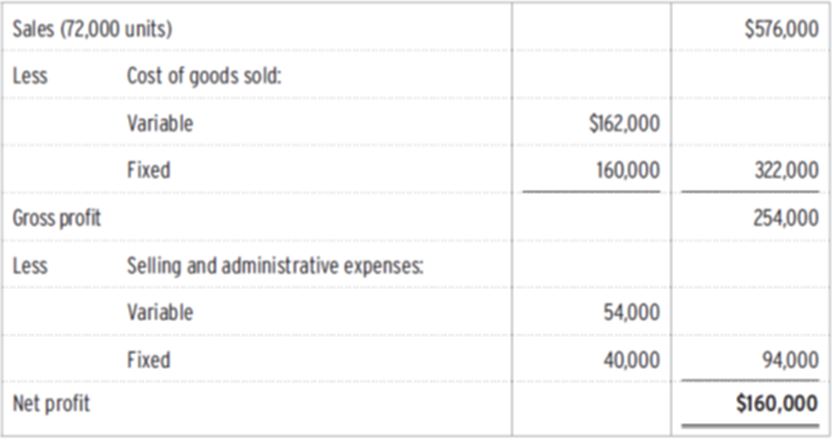 Required:Calculate the contribution margin in total and per unit using direct costing.