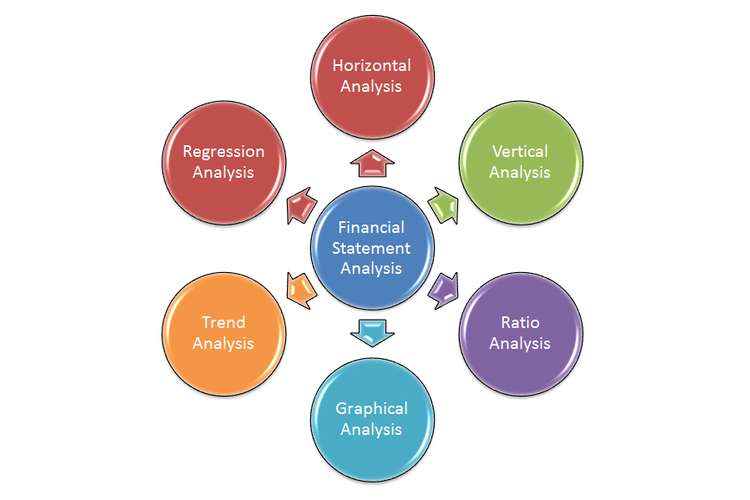 Later on, the fluctuations in the share price movements of both the firms is analysed against the fluctuations in the market indices. The variations are compared against the changes in ASX S&P 200 and it is observed that whether the stock is volatile or not and highly dependent on market or not. The report also explains Constant Dividend Growth Rate model which is used to calculate the future value of stock. The determined value is then compared with the current share price of the company’s stock and conclusions are been made. In the last, a recommendation and conclusion is provided suggesting that which company is financially healthy and is performing better than the other.

Description of the companies

It is an Australian company that offers wide range of financial services and products across the country. It provides services like portfolio management, financial planning, trustee, funds management, investment administration and custodian services and others. In addition, the company offers various investments across the range of asset classes that include cash and fixed interest, mortgages, Australian and global equities and Australian listed property. Apart from this, it also provides trust advices and fiduciary advices to its clients. The competitive advantage of the business is that it has declared high profitability recently and its divisions have reported high growth in revenue. The company does not pursue any sort of competitive advantage but has enjoyed success and growth in the business as per the latest annual report (Bloomberg. 2018).

Formerly the company is known as Platinum Investment Management Limited engaged in the business of the funds management. Platinum manages approximately AUD 22 billion with over 7% of this from investors in Europe, America, New Zealand and Asia. It offers investment management services to its party units named as Platinum Trust Funds and Platinum Global Fund, its two Australian investment companies listed on ASX and Platinum World Portfolios Plc. The product range offered by PTM is on global, regional and sector level for the purpose of investment. The competitive advantage of PTM is that it has expertise in investing in the international equities. The company deals with all the challenges and threats in a manner that it can maintain its competitive advantage to a certain extent. It formulates its strategies in a way that will safeguard its competitive edge (Reuters. 2018).

Calculation and analysis of performance ratios

The above table shows the CR of both Perpetual and Platinum Assets for the past two years 2016 and 2017. It can be observed that PPT has maintained the ratio of 1.65 in 2016 and 1.78 in 2017. On the other side, PTM has the ratio of 17.55 and 20.20 in both the years respectively. The reason for having such a high ratio was the low current liabilities of PTM. The company does not report any sort of short term debt borrowings and its payables has also decreased in 2017 as compare to the prior year. In case of Perpetual Limited, most part of the CLs is covered by firm’s EMCF Liabilities which reduced from $299971 million to $276954 million which boosted up the ratio.

The QR of both the companies is same as their current ratio because they do not have any sort of inventories due to the nature of business they undertake. Being a financial service provider company, the annual reports of both the firms did not report any inventory amount in the last two years.

Debt/Equity ratio: it is financial metric which measures the long term solvency position of the company by comparing its debt and equity portion against each other. The ratio reflected the amount of firm’s resources funded by debt against the portion of assets which is funded by equity. A high D/E ratio is not favourable for the company as it shows that the company relies more on outside borrowings and have high financial risk (Higgins, 2012).

Perpetual Limited has reported a decreased D/E ratio but higher than PTM. Its ratio was 14.37% in 2016 which declined to 13.71% in 2017. The reason for such reduction was that company’s long term borrowing remain same in the both the years at $87000 million. In relation to that its shareholder’s equity increases during the year which eventually brings down the ratio. In case of PTM, the ratio reduces from 6.35% to 5.64% due to the overall reduction in its liabilities. Moreover, the company does not have any sort of long term borrowings in past years. This ultimately reduces the content of its financial leverage.

Debt ratio:it is a solvency ratio which measures the total liabilities and total assets of the firm against each other. It shows the degree of financial leverage taken by the company during a particular financial year. In other words, it reflects the amount of firm’s assets which are financed through debt (Jenter and Lewellen, 2015).

Similar trends have been noticed in the debt ratio of both the companies as they reported an overall decline in the same. In case of PPT, the DR reduced from 47.5% to 45.9% due to the proportionate decrease in company’s liabilities and increase in its total assets. Comparatively, PTM’s Dr is less than that of PPT because of the low liabilities. The major part of company’s total obligations is covered by its accounts payable and income tax payable which has been significantly reduced in 2017 as compare to 2016.

Debtor turnover ratio:It is an efficiency ratio which shows determines the capability of the company in collecting its debtors effectively and on time in order to generate high turnover. A high DTR shows that company is converting its receivables into cash quickly and is contributing ti high turnover (Kimmel, Weygandt and Kieso, 2010).

The DTR of PPT has reduced from 5.76 times to 5.65 times which reflects that company is not efficient enough to generate revenue from its receivables. Moreover, the increase in amount of its debtors has reduced the ratio in last year. On the other hand, PTM has high DTR but it has also been reduced in 2017 to 10.40 times from 11.30 times. Comparatively, fewer amounts of cash is hold by PTM’s debtors.

Asset turnover ratio:It represents the portion of turnover earned by the firm by utilizing its assets effectively and efficiently (Krantz and Johnson, 2014).

The ATR of PPT reduced from 0.44 to 0.45 times in 2017 representing inefficient utilization of company’s resources. This was due to the fact that PPT has high amount of total assets which increased in 2017 but the revenue generated was low which make the ratio to fall. PTM has high ratio comparatively due to the reduction in total assets.

Net profit ratio:It is a profitability metrics which measure the amount of net profit earned by the company from its total revenue. The ratio expressed the net profit figure as a percentage of sales. Generally, investors prefer those companies which have high margins as it reflects the high and increased profitability position of the company (Lee, Lee and Lee, 2009).

The above table shows that PPT has net margin of 26% in 2016 which slightly increased to 26.36% in 2017. Such upsurge was due to the slightest increase in the net profit of the company as compare to the upsurge in its total revenue. On the other hand, PPT reported high and increased NPR of 59.15% and 61.65% in last two years respectively. This was due to the proportionate reduction in both the turnover and profit of PTM which eventually increased its NPR.

Return on Assets:It shows the amount of returns made by the company on its total assets. a high ROA reflects that high amount of profit is generated by utilizing its assets (Nikolai, Bazley and Jones, 2009)..

Return on Equity:The ratio determines the amount of return offered by the company to its investors on the portion of their share capital invested in the firm.

The ROE of PPT has reduced from 21.80% to 21.64% due to the increase in its equity and profits at the same time. This crticalreflects that company is not able to offer high returns to its investors as its shareholders have also increased at the same time. On the other hand, the ROE of PTM was 54.88% to 57.49%. The reduction was due to the overall fall in company’s net income which ultimately reduced its shareholders’ equity.

Earnings per share:It shows the amount of earnings earned by each outstanding share of the company. It is an indicator of company’s profitability (Vogel, 2014).

The EPS of PTM was higher than the EPS of PPT due to the high number of shares issued by the company. This shows that the firm is focused on increasing its profitability and its stocks are performing well in the market.

Price earnings ratio:It is also known as price multiple and shows the willingness of the investors in paying for each dollar of earnings.

The P/E ratio of PPT was more than the ratio of PTM which reflects that investors will expect growth in company’s share in future and it will be considered as more desirable.

The dividend growth model is used to value the share price of company. The share price movement of PPT Company is determined AUD $ 42.35 which is $ 6 higher since last one year. The main reason of increase in its share price is based on the high growth rate and low required rate of return.

The dividend growth model is analysis the growth rate, dividend per share and required rate of return to value the share price of company. The share price movement of PTM Company is determined AUD $ 42.35 which is $ .44 points lower since last one year. Company has kept low financial leverage and high growth rate while offering dividend to shareholders

After analyzing the share price of both companies, PPT Company is having high share price value AUD $ 42.35 which is $ 6 higher since last one year. The main reason of increase in its share price shows this company has growth rate and low required rate of return which will strengthen the overall share value of company.

From the above report it will be concluded that PTM Company is more beneficial for the shareholders in terms of investment purpose. It will be easy for the investors to create value on their investment if they will invest their capital in PTM Company.