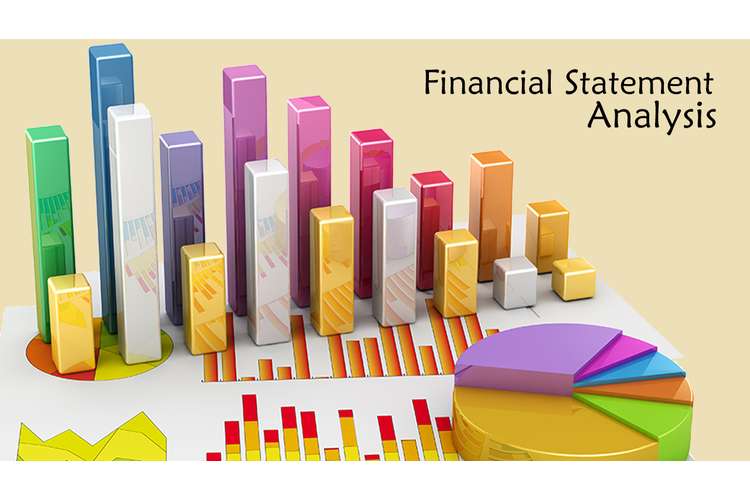 In case of Woolworths and Wesfarmers, the debt and equityposition has been analysed and represented in the below table in the form of ratios:

The table above indicated that Woolworths Limited is observed to be highly leveraged in comparison to Wesfarmers that is represented through these ratios. This is due to the fact that Woolworths considered decreasing its reliance on debt finding in 2017 and most of the business funds is still attained through attaining bank loans. Conversely, the condition is not evidenced in case of Wesfarmers Limited as it increases maximum part of its finds through attaining increased equity within the industry (Kraft 2014). Therefore, it is also gathered that in analysing the solvency position, Wesfarmers has attained a sustainable position in Australian retail industry in comparison to Woolworths Limited.

There are several aspectsthose areexplained within the Woolworths and Wesfarmers cash flow statements thathasbeen indicated in the factors below:

1. Operating Cash Flows-This segment includes four major factors that encompass borrowings expenses, interest payments along with consumers receipts. Few reasechersnamely, Wesfarmers.com.au. (2018) indicated that consumer receipts signify an increased number of attained amounts through which sales are carried out based on credit in the previous years. Conversely, suppler payments for Wesfarmers along with Woolworths company has elevated because of is development in the production lines and addressing consumers varying preferences. In contrast to such situation, it is revealed by the interest payments that a company needs to deal with increased bank loans taken in fulfilling needs of its every business conduct.

2. Investing Cash Flows-The items considered within the investing cash flows encompass payment and purchase of property, plant and equipment along with intangible assets payment. The amount paid for the plant, property and equipment is deemed to be the expenses incurred in acquiring and purchasing it as it is important in all the business activities. On the other hand, these assets attain economic benefits for organizations that is mentioned within proceedings of plant, property and equipment. From case analysis of Wesfarmers Limited it is evidenced that Wesfarmers have decreased its asset investment in 2017 that has increased in the upcoming years due to increased sale of its assets (Woolworthsgroup.com.au. 2018). While selling or acquiring these long-term assetsthese are deemed as proceeds and investments. In case of Woolworths Limited, a good fraction of proceedings can be attained from certain joint arrangements along with associates for the year 2017. However, the investment amount has remained constant for the selected years. An increased investment of $47 million has been made by Wesfarmers in loan notes of 2016 that has obtained loan rates redemption of $54 million.

3. Financing Cash Flows-The financing activities of these companies encompass the repayments along with equity dividend and borrowings proceeds provided to the shareholders of Wesfarmers Limited. Borrowings include net amount provided to the borrowers by its lenders within important loan agreement terms. Through observing the situation of Woolworths Limited a huge decline in borrowing proceeds due to debtor’slong-termextension. Moreover, a high amount is paid as loan repayment to banks (Wu, Chen and Lee2016). Equity dividends explains the yearly cash flows which is provided to the organization’s equity shareholders. Through observing situation of Wesfarmers, dividend payment equity is declined in 2017as it focussed in obtaining retained earnings base.

The annual report of both the companies namely Woolworths and Wesfarmers organization has three major aspects included within its statement of cash flows. These segments encompass operating, financing along with investing activities. The comparative evaluation of all the recognised segments in the statement of cash flow over the past three years are indicated under

Cash flow analysis of Wesfarmers has increased by $ 3791 million, $ 3365 million and $ 4226 million over the years from 2015 to 2017 from all its operating activities (Johnston and Petacchi 2017). In addition, a drastic decrease was observed due to the fact that the company has observed drastic decrease in its plant, property and equipment purchase. In addition, cash flow generated by the Wesfarmers from the financing conducts is indicated to $ 1333 millionto $ 3771 million in the year 2017 in contrast to year 2016.

In comparison to Wesfarmers, Woolworths is indicated to attain cash flows from the operating conducts has declined from $ 3345 million to $ 2357 million that is observed in case of both the years 2015 to 2016. It is observed to increase in the year 2017 by $ 3122 million. In addition, the investing activities are observed to be $ 1090 million from $ 2011 million that signifies to be decreasing from 2015 to 2016(Johnston and Petacchi 2017). This is for the reason that the organization has to deal with addressing all its bank loans for the investing activities for the tear 2016. In addition, it is due to the reason that the organization attained increase in bank loans by $ 1690 million for the year 2017. Cash generating from the financing activities is indicated to attain increase significantly in contrast to Wesfarmers over the years from 2015 to 2017.

Certain factors that are chosen to be reported in other comprehensive statements of income for the Wesfarmers and Woolworths Company encompass retained earnings, cash flow hedge reserve along with translation reserve in foreign currency (Johnston and Petacchi 2017).

Foreign currency is used by organizations for the purpose of transforming the existing foreign subsidiaries of the parent organization to a specified reporting currency. This acts as a vital consolidation process aspect within the financial reports. Moreover, these are remeasured in the reporting currency of the parent company based on which retained earnings recover an aspect of net income after making necessary payments of dividend to all its shareholders for investing in the capital projects in the upcoming years (Hribar and Yehuda2015). On the other hand, from case analysis of WoolworthsLimited it is evident that cash flow hedge reserve is implemented in a situation where an organization has attempted to deal with exposure taking place from variations in financial asset or liability-based cash flows. Considering such reasons, changes in specific uncetainities like interest rate takes place in the debt instrument floating rate.

From analysing the comprehensive income, it is evident that this is a distinct manner in recording net profit. In the past years, some alterations in organizational profits was deemed to remain out of its key operations and because of the same being highly risky was transferred to shareholders equity (Hope, Thomas and Vyas 2017). On the other hand, Wesfarmers Company uses some aspects related with comprehensive income statement with the standard net income. These items included within the organizational behaviour is drastically reported in the comprehensive statement of income in order to provide detailed and holistic viewpoint regarding all the conducts and necessary operation drivers of the business which is not reported in the statement of income.

By means of analysing the other comprehensive statement of income it is considered to identify highly necessary aspects. This is because of the fact that this might lead to elaborating the ways in which the organizations are managing all their investments along with anticipating any type of future losses (Haslamet al.2016). This is the cause for which all the above statements are supported in a way that the auditors can obtain an effective measure concerned with an organization’s investment’s fair value. By associating all these factors, the inclusion of few factors of comprehensive statement of income that can be recoded s a useful technique in overviewing an organization’s managerial performance.

It is important for organizations to bear several expenses which encompass research and development costs along with the selling and distribution costs and the tax expense is deemed to be a vital aspect. Moreover, the organization is deemed to bea vital liability existing within the organization due to certain municipal, state governments within the country. The tax expense computation is through multiplying earnings before tax along with applicable tax rate after considering certain factors such as tax liabilities and assets related with non-deductible aspects (Barua and Saha 2015). For both the companies Woolworths and Wesfarmers are deemed not to be tax exempted.

Certain applicable corporate tax rate in Australia is recorded to be 30% and, in such scenario, tax expense beared by Wesfarmers can be $1,241 million in compassion to Woolworths for the year 2017 that is recorded to be $640 million (Hanlon, Maydewand Saavedra 2017). Considering such facts, it might be recorded that tax expenses for companies is indicated as normal figures of tax rate because of increase in income of these two organizations

It is indicated from the above table that the average rate of tax is deemed to be the taxed business profits. Based on the below table, it might be explained that Woolworths has attained an effective tax rate of 30.50% and for Wesfarmers Limited it is recorded to be 30.57% (Gordon, Henry, Jorgensen and Linthicum 2017). For thisreason, it is present that Wesfarmers effective tax rate is increased in comparison to Woolworths Company.

Deferred tax assets are deemed to be a situation in which the companies decide to paycertainadvance taxes on the related financial assets or increased taxes. In contrast to that, there is an increase in the deferred tax liabilities in which variation is considered to be revealed between the profit carrying amounts and tax (Goh, Lee, Lim and Shevlin 2016). The main cause for which deferred tax assets might be recognised is because of increased depreciation payments due to increased alterations in depreciationamount and the taxable rate of depreciation. In contrast to that, the major cause of identifying the tax liabilities that is because of few variations in company profits in which low tax is experienced in the year 2017.

The table indicated certain cash are factors based on the evaluation of financial position of these companies. It is evidenced that a drastic decrease is observed in the Woolworths Limited’s cash rate in contrast to the case of Wesfarmers Company. Cash tax rate 25.04% is observed in Woolworths in comparison to 31.44% for Wesfarmers in the year 2017 (Campbell 2015). This increase signifies that Wesfarmers limited has high pre-tax operating profits which can be experienced by organization within cashtaxes to the government through analysing that it was 10% equity financed.

There is a difference in the book tax and cash tax rate that exist in the fact that such rate is anticipated in the recent year and the rate of booktax can be computed for current and upcoming years. Some income tax benefit arising from the loss of operations has resulted in such drastic difference (Crane, Graham and Himick 2015). Another cause for such increased difference is because of rules related with tax and financial accounting. In this condition, it is vital to consider certain depreciation expense for chosen organizations.

Woolworths Group Limited and Wesfarmers Company was used in this report as these major retail companies those have their business operations in the Australian retail sector. It is gathered from the report that the main cause for which deferred tax assets might be recognised is because of increased depreciation payments due to increased alterations in depreciationamount and the taxable rate of depreciation. Moreover, by associating all the income statement factors, the inclusion of few factors of comprehensive statement of income that can be recoded s a useful technique in overviewing an organization’s managerial performance.