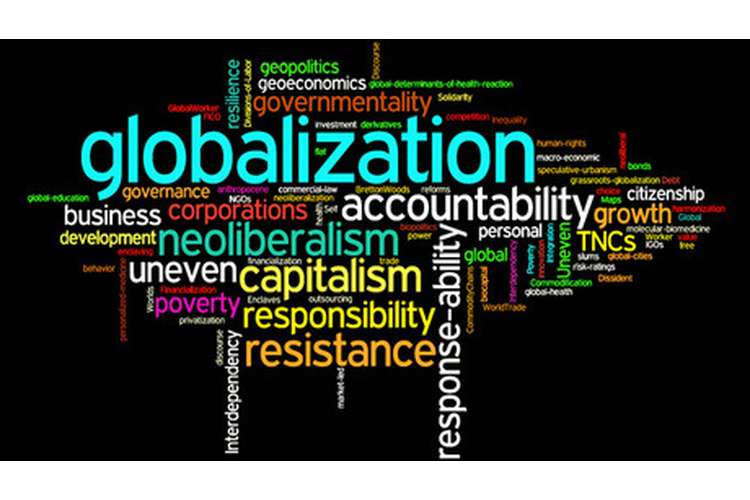 World economies are globalised to take benefits of elimination of boundaries of countries and trade barriers which is helping in economic growth and development. The report is about studying impacts of globalisation on Australian economy in different aspects and on different industries. Changes and new proposals in economies on global level are influencing and making impact on all the economies in the world in positive and negative manner. Australian economy and its different industries like manufacturing industry, food industry and real estate industry are having different impacts of globalisation. 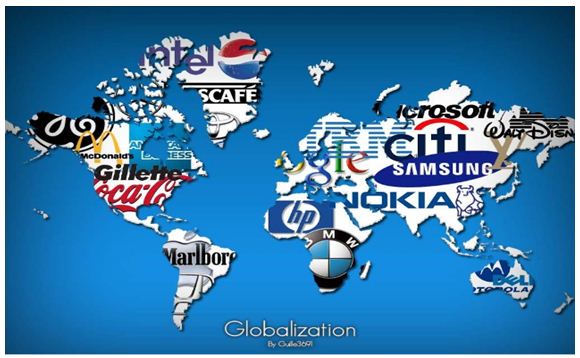 1. (a) Do you support the idea of globalising the Australian economy? Why. Why not?

With the introduction of LPG (Liberalisation, privatisation and globalisation) world economies have gain speed to grow. Within this globalisation is emerged as effective concept for the growth of economies in world with the collaborative growth and also helps in combining world economies. Boundaries are eliminated and trade barriers are reduced by impact of globalisation and this is helping countries to grow economically and integrate with other economies in the world (Barkham, 2012). Australia is a developed country and having high standard of living and country is having huge amount of resources which making country’s economy more powerful and sound. The economy of Australia is benefited with the emergence of globalisation as in it is making profits from trading the surplus resources of the country which cannot be consumed by population of 20 million people of Australia. Market of 6.5 billion people is covering by Australia by exporting its surplus resources.  Australian economy is having both positive and negative impact of globalisation on different industry but the gross income of the country is increasing positively which is positive sign of globalisation. For evaluating impacts of globalisation on Australian economy we will discuss advantages and disadvantages of globalisation which are as follows.

Australian economy is taking advantage of exporting raw materials and other resources like coal, uranium, and iron ore and other food products like wheat, rice, meat and animal products and services like education and tourism. Exports of country are increasing with rate of trice and this is making positive impact on GDP of the country with increase of 20 % in last 20 years and the economy is boosting with increase of $ 7 billion per year.

Tariffs and trade barriers are reduced as the introduction of globalised market and this helps in increasing disposable income of population which leads to increased standard of living of people in country. There are increasing job opportunities and opportunities to start new ventures due to financial support of country and overseas (Barkham, 2012).

Country is getting benefits of specialised employees in different industries from various countries and it became possible to have foreign direct investments (FDI) in the country to expand company’s access in global economy. Companies are getting new and updated technologies which is helping in increasing performance of companies and also providing sources of finance in the Australian market. FDI is helping in increased funds of foreign currency in economy.

Australia was having positive relations with UK and Europe due to their business partnership and Australia is exporting in huge amount to these countries. Due to globalisation effects level of exports is reduced as in these countries are exporting from Asia and China and country is losing its biggest export customers.

Australia as a stable and substantial country was influenced by the positive impacts of globalisation and it not suffered badly by its negative impacts except in some industries. In comparison with other developed countries Australia is not fallen and protected from list of debts and other collapse.

1.(b) Also, discuss who gains and losses from globalisation.

Manufacturing industry- Australian manufacturing industry is having benefit of reduced tariffs and trade barriers to increase its exports and also helping in expanding its reach in different countries around globe. Due to increased standard of living the cost of manufacturing is high in comparison with other countries which lead to increased prices and this is the main reason for decreased exports and trades in global market. Manufacturers are willing and shifting their manufacturing units to other countries to cut their cost of production and increasing their profitability ratio. Australia is losing their biggest customers like UK and Europe of export and this is making impact on their GDP.

Technology sector- With the introduction of globalisation technology sector is growing and helping in changing structure of country’s economy which is having positive impact on growth of economy. Globalisation is introducing new technologies which are helping to improve communication technology, effective execution of organisational activities, efficient and appropriate utilisation of resources and capital and also enabling outsourcing the services. Digitalisation is a part of technological up gradation in which countries are integrated through internet and online activities are done to execute any deal and to communicate.

Financial sector- Globalisation is integrating all economies in the world which is resulting as providing finance for effective execution of business and running any economy. Globalisation providing easy and access to finance and managing flow of finance in economy. Foreign direct investments helping in arranging funds for organisations and different nonbanking organisations are introducing with impact of globalisation for global economic developments (Gitelman, et. Al 2012).

2. (a) Explain why the law of demand applies to food just as it does to all other goods and services.

Law of demand= changes in quantity/ change in price

2. (b) Explain how the substitution effect influences food purchases. Provide some examples of substitutions that people might make when the price of food rises and other things remain the same.

When prices of one product is increased in that case customers switches to substitutes which is having same features and low prices. Law of demand leads to substitution effect, in case of increased food products customers demand switches to other food products with low prices for example when prices of coffee increases with the effect of substitution demand of tea increases and increase in the products of McDonald’s products increases demand of products of Burger King . Basically food do not have any substitute as in it is the basic need of humans and can’t be substituted but still there are some substitution effects which can take place in case of increase in the prices of food. Increased food prices will lead the substantial effect like food items of low prices, cooking food at home, and taking diet schedule and liquid diets (Pakulski, et. al 2014).

Food is a basic need for living which is required to survive. Increased prices of food products will make negative impact on standard of living of people. Disposable income will be reduced with this impact and will lead to decreased demand of food products. Food businesses and manufacturers will bear huge losses due to this decreased demand. This income effect and increased food prices will lead to inflation and decreased flow of money in economy. Substantial effect will be there as in consumption will be decreased and underdeveloped country will face situation of lack of food and mal nutrition especially in poor countries.  Income plays important role in law of demand as in if disposable income of population is high then there will be no impact of increased prices of the food products and consumption will not be affected badly (SUMMERFIELD, 2014).

3. (a) Why is the land price rising in the metropolitan cities and what are the major drivers of rising house prices in these cities.

Australian metropolitan cities like Darwin, Sydney and Melbourne are increasing as business hub and attracting more and more people to try their luck as the impact of globalisation. Prices of houses are increasing in these cities due to hike in land prices which is having different reasons. The major reason for increase in the price is that banks are providing effectively financial services as loans which are helping people to pay demanded prices of these houses. Second is that these increased prices help in speculation and earn profit by mortgaging and renting these houses on increased rates. People are investing in houses as in they provides benefit as no one provides in other investments. Demand of these houses did not affected by increase in prices due to these reasons (White, 2014).

3. (b) Using an appropriate diagram, explain your answer in part (a) above. 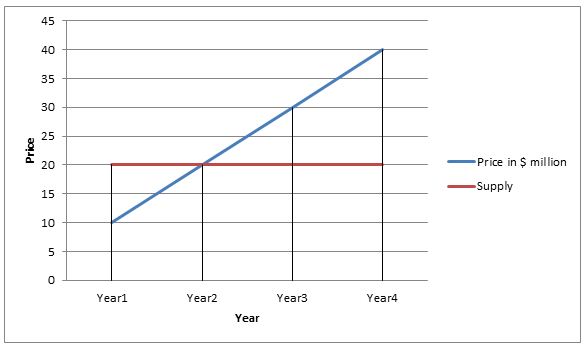 In the part (a) there is a situation in which prices of land in the Australian metropolitan cities are increasing and which is leading to increased prices of houses. These increases in prices are not effecting on supply of houses and land in these cities. This situation defines that supply is unaffected with the change in prices and this denotes that supply is inelastic.

3. (c) Is the supply of land in in the metropolitan cities perfectly inelastic? Why? Discuss.

Perfect inelasticity is a situation in which price is fluctuated whereas other factors remains unchanged and constant. In this type of elasticity supply is unaffected by change in prices. This type of elasticity occurs when there is no option is available to the customers. When the prices are increasing of houses and land in the Australian cities like Darwin, Sydney and Melbourne, supply was unaffected and customers are still purchasing houses. This is perfect example of perfect inelasticity (Wu, et. al 2015). 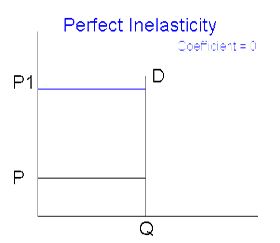 In the report we have discussed different impacts of globalisation on the Australian economy and evaluated its effectiveness and also examined benefits and losses on different industries of Australia due to globalisation. There are also discussed law of demand and its applicability on increased global prices of food products and substantial impacts of substitutions of food products. Perfect inelasticity is applied in the increased price of houses and land in Australian metropolitan cities. So there is an overall study of globalisation and its impacts on Australian economy.