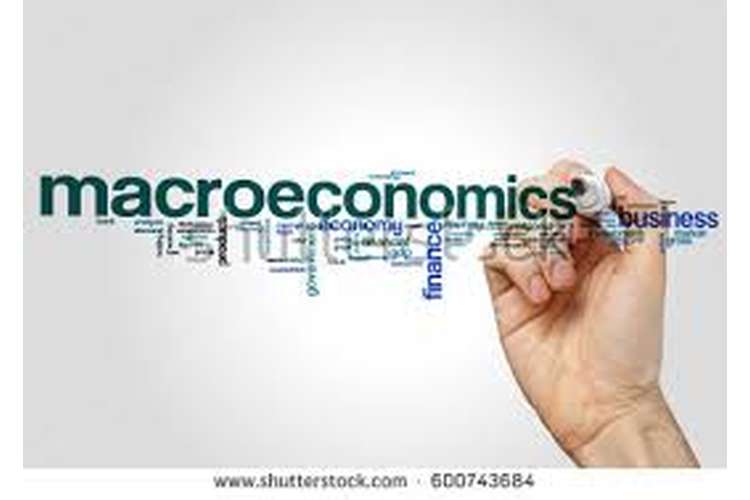 Macroeconomics is a pattern which enables to understand behaviour of economy in which there are analysed various aspects like inflation, price levels, rate of growth and income which is making impact on any economy. This report includes various aspects of land surging issue in Australia which discussed by analysing its reasons and solutions for them.

Australia is a developed country and having effective GDP which is growing year by year and this is leading to surged prices of lands and making it impossible for the renters to dream for their own house in the country. These increased prices are leading to the mortgages and making the country one of the most indebted country in the world and leading this market in bubble. This increased property prices can lead to collapse and crashes of property in this country and there are various reasons which are liable for this issue which must be resolved for ensuring growth of the organisation (Bhar, et. Al 2012). The following are the reasons which are liable for this issue.

Availability of credit in the country

There are available more rigid and restricted planning laws of government for use of land. There was a banned development in the designated area as in there are limited release of land by the government which is leading to reduced supply of land in comparison to population as in there exist high population increase rate in the country. The government is adopted restricted planning in the country which is making rational system for restricting Greenfield development. This is leading it increase in prices of land and ultimately increasing house prices (Millmow, 2010).

In the taxation system of Australia it is identified by the Reserve Bank of Australia that there are more favourable conditions are provided to the investors in comparison to other countries. There are provided tax reduction in case there is any loss in the investment properties which is making it easy to take that risk. There are also provided 50% discount on the income earned from capital gains and this is making impact on the increase in the prices of houses in country.

Inflation in land price due to CPI and Interest rates 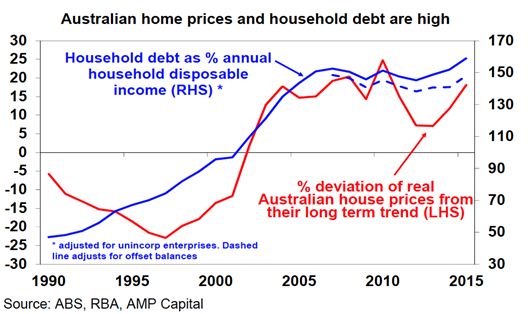 Foreign Investment Review Board (FIRB) has defined that the relaxing rules of foreign investment is increasing their investment in the real estate of the country. And this is making impact on the prices of houses (Millmow, 2010).

Australia is facing serious problem of its surging prices of lands and houses which is due to various reasons which are discussed above and making impact on overall growth rate of the country. In the present environment of the country it is like a dream to own a home by the people living in rent and cannot afford to buy a house. To ensure that there are available affordable houses for the upcoming generation in the country there must be taken various steps which can make impact on the prices of prices of houses. Following are some steps which can be taken.

To create appropriate level of debt

Inappropriate level of debt is one of the main reasons of this surge in the price level of houses. There are provided various relieves to the investors which is making impact on the price of lands in the country. There is increased level of debts to mortgages and easy availability of borrowings in the country which should be managed by making effective regulations related to appropriate financial regulation in the country. There should be some planning for financial borrowings in the country in which interest rates should be increased. Controlled borrowings will manage the level of indebted country and will segregate the finance and flow of money in the market which can be invested in various sectors. There must be created various provisions by the government which can be used for effective infrastructure in country (Glynn, 2014).

Increase in the supply by effective planning laws

To resolve this problem of inflated prices of houses in Australia is complex to resolve as in there have been tried various methods before and they all get failed like providing government grants and subsidies to purchaser to make affordable prices of houses. The main reason is insufficient supply which can meet increasing demand of land and houses in Australia. By making equilibrium between the supply and demand it can be possible to reduce the effect of these surged prices in the country. This can be done by establishing effective and appropriate planning laws by the government in which the limited government release should be expended by the government and this can increase in new land and will make impact on supply of houses. Other thing which can be done is to decrease the floor area of new houses which has increased to 53.8% in last 18 years. This will make impact on availability of land and houses in the country. The restrictions which are made by the Australian government for use of land for preventing higher density land use in the country (Glynn, 2014). There should be effective planning for removing restrictions on the development on the Greenfield which is designed to encourage the urban densification in the country. And this will make impact on the increase in the supply of land in country and resolve this problem to a level.

Change in the tax laws of the country

This is identified by the Reserve Bank of Australia that there are provided favourable situation which are making investors to invest high without managing their risk by making provisions and this situation is increasing level of inflation. The negative gearing which is a practice in which investor invests borrowed money in purchasing income producing investment property for the short term which is less than the owning cost and depreciation on that which is done to take tax benefits and capital gain which is 50 % deductable from tax when the property is disposed and sold. There should increase rigidness in these tax system to a level by which help in controlling these investments which are increasing the situation of speculation in this market. These transfer taxes on property should be decreased and ultimately removed. The CGT discount should be reduced which can ultimately increase the tax on the home loan (Stimson, 2011).

1. There must be effective screening by the Foreign Investment Review Board (FIRB) for the foreigners who are planning for buying any property in Australia. This will help in determining their intention and future planning.

2. The board should adopt strategy in which the foreign owners should be forced and legally complied for selling the property before leaving the country. This will increase supply of residential property (Perlich, 2013).

3. There should be effective rules made for punishments and legal prosecutions in case they do not follow government orders for sale of property and in case of confiscation of any capital gain which is done intentionally.

4. The government has made regulation in which foreigners are liable for constructing on a vacant land within the two years of purchase of land. This will reduce the increased chances of land banking in the country.

By adopting all the above aspect there can be done control over the surging prices in Australia which is making impact on the indebted situation of the country and increase overall growth rate of Australia. And it can be possible to provide affordable houses to the younger generation in Australia (Perlich, 2013).

By the analyses which is done in this report it is identified that surging housing prices are emerging as a serious concern for Australia which is making the country as top rated indebted countries and also influencing growth rate of the country. There are discussed reasons for this inflation in the prices leading surging and their solution which can help in making affordable housing prices for younger generation.