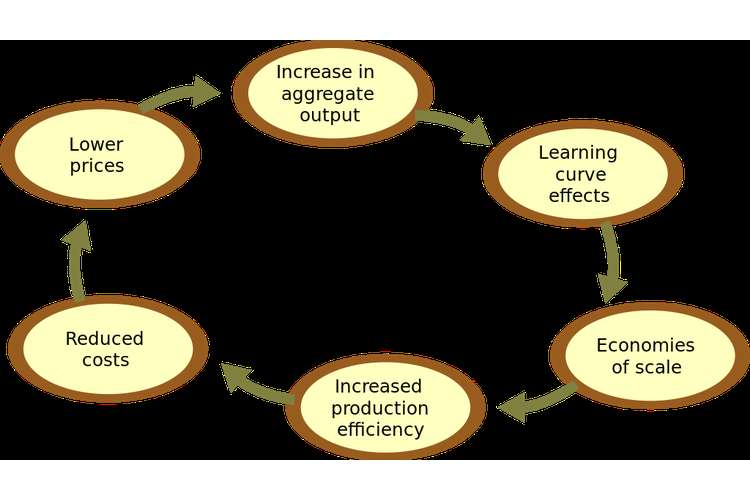 Now, for United States, the growth rate of gross domestic product was 4 percent during the period of 2000. It fell significantly to 0.97 percent in the year 2001. The economy started recovering from this low growth level and increased to 3.34 percent per annum in 2005. During the period of 2008 and 2009 the US economy experienced a negative growth rate of -2.77 percent. Finally the economy started recovering and in 2014 the growth rate was 2.56 percent per annum ("World Bank Open Data | Data", 2018). Graphically

From the above historical data it can be analyzed that the Australian economy from the period of 2000 to 2008 was performing well. The economy was in the phase of expansion with high economic growths and low level of unemployment and inflation rates. However, in the years of 2009 there was an economic depression that was observed in the Australian economy which led to contraction of the economy and eventually to trough. The economy eventually started to recover after 2009 and there was expansion of the economy till 2014

The economy of the United States was performing well in the early phase of the 19th century. The economy reached to the peak in the year of 2004. However, there was a severe depression during the period of 2008 and 2009. The economy came to a trough. There was high level of unemployment and fall in the rate of inflation in the United States economy. The economy came to a trough. However, in the consequent years the economy started to recover. There was increase in the growth of the gross domestic product, the rate of unemployment also decreased significantly till the year 2014. Thus the economy started to recover from the recession of 2009.

An answer to question 2

When the historical data of Australia is compared with the current data, then it can be observed that the growth rate of the GDP of Australia is falling. In the year 2017 the rate was as low as 1.95 percent. The economy is contracting and moving towards trough. The reason for such a slow growth rate was mainly due to fall in exports and weaker construction in the economy. Although the spending by the households grew and also the consumption that is made by the government also increased but this increase was ruled out by the fall in exports. The household spending grew mainly because of the rise in health concerns, more expenditure on hotels, recreation, restaurants (Wong, Selvanathan &Selvanathan, 2017). The investment in the public sector also increased. Thus overall there was an increase in the consumption of the public and the private sector. There was also decrease in the electricity costs and prices of other fuels (Aslani, Rezaee&Mortazavi 2017). However, this increase in the expenditure that is expected to be good for the growth of the gross domestic product of the economy was mitigated by the fall in the exports. There were higher imports and lower exports in the economy especially in case of food grains (Brown, 2017). Moreover, there was also lower construction of dwellings in the economy that also affected the gross domestic product of the country.

The United States economy was severely hit by the depression of the 2009. However, during the period of 2015 to 2017 the rate of growth of the gross domestic product steadily grew to 2.3 percent. The economy was able to recover a lot from the recession. The main reason for this recovery was the increase in consumer expenditure (Murdock, 2018). The proper functioning of the stock market was the primary reason for this increase in consumption as the wealth of the consumers increased significantly. However, in the fourth quarter there was a decrease in the rate of the growth of the gross domestic product. The imposition of the immigration laws by the newly elected president also affected the gross domestic product of the country (Treyz & Evangelakis, 2018). Many foreign socialwork were forced to leave the country, which affected productivity along with the GDP of the economy. Another important factor is that there exists trade deficit in the United States economy. The trade deficit that exists is not really because of the subsidies to the exporters or barriers to the importers but it because the expenditure of the American citizens is more than their production. The demands that are made by the consumers are far more than what is produced by the local American industries. Therefore, America has to import more of the commodities. Hence, a deficit in the trade is created. Thus, this trade deficit is also an important factor for the reduction in growth of the GDP in the later phase of 2017 (Bergsten & Gagnon, 2017).

The scenario of Australia can be depicted using an AD-AS model. The diagrammatical explanation is provided below and the explanation is given respectively

Figure 8 has represented the statistical representation of various sectors considering their share in Australia’s national income in 2015-2016 (Data.worldbank.org, 2018). From this figure, it can be seen that service sector alone has accounted for approximately 60 percent to the national income of Australia and most of the people have got job under this sector. This implies that around 40 percent of total labor force have got job in service sector during 2015-2016 (Lowe, 2018). Economists have expected that this service will grow drastically in future and this in turn can help Australia to experience robust growth in its economy. In this context, one can argued that like other economic sectors, government of other countries can impose tariff on the exports of services (Kirikkaleli, Sokri, Candemir & Ertugrul, 2018). However, it needs to mention that unlike other services, government in international market does not restrict imports of services by imposing tariff or any other trade barrier.

Thus, according to some economists, it could be stated that if Australia can structure its economic condition correctly then any strict protectionism policy of other country can in turn help it to experience positive environment for exporters and households (Sigler, Searle & Martinus, 2018). Thus, the above argument has stated that protectionism is actually better for Australia’s economy, as it can influence service sector of Australia positively to export tourism, education and telecommunication services across the world.

The answer to Question 5:

Australia is an open economy, conducting international trade across the world. Hence, the global economy can influence the country’s economic condition significantly. For instance, change in demand for Australia’s goods and services in other countries can change the terms of trade of Australia (Qi & Zhang, 2018). However, increasing protectionism within international economy has threatened economic wellbeing as well as future prosperity of Australia (Zuo & Huang, 2018). Since the last few decades, lower barriers in international trade and investment have influenced Australia to increase its economic condition significantly.

However, present trend of protectionism of G-20 countries, after the affect of global financial crisis, has increased and this in turn indicates that the practice of tariff imposition making trade barriers can accelerate in coming years (Fratzscher, Lo Duca & Straub, 2018). The present president of US has adopted this policy to empower internal economy of America. This increasing trend of protectionism has forced Australia to rethink about its trade related activities (Evenett, 2012). Hence, the Australian government has analyzed some potential impacts on Australian economy due to this trade policy along with the changes in Australia’s policy settings. For knowing the impact, the impact, the government has highlighted on some specific scenarios, which are,

1. Imposition of higher tariffs of US on imported products of China and Mexico
2. Cost regarding border adjustment of US, based on the corporate income tax
3.  Increasing of tariff by 15 percent by all countries across the world due to potential global contagion regarding higher barriers of trade

This increasing trade protection in global economy can reduce standard of living of Australia’s common people due to fall in per capita income. According to the statistical analysis of Australian government, increase in global protection could lead almost 80 percent household of this country to experience poor economic condition (Findlay & Garnaut, 2017).

Thus, to save economic interest, the government of Australia could prefer liberalization. During the trend of global protection, Australia can also develop its own barriers regarding foreign investment and international trade barriers (Beeson & Wilson, 2015). However, the government does not want any trade war between Australia and other countries, as this can reduce economic activity of this country through adversely affecting employment and wages (Stojek & Tir, 2015). This in turn can force other Australians to experience advance economic condition. Thus, instead of adopting such trade barriers, the country can follow trade liberalization under free market system.

The global economy, on the other side, has significantly influenced economic condition of the US from different aspects. As, US has strong trade relationship with other countries, economic disturbance or instability of any one can adversely affect US companies that have business overseas over there. As a result, these companies may incur losses and consequently, they start to reduce the number of employment for saving the total costs of business (Arkolakis, Ramondo, Rodríguez-Clare & Yeaple, 2018). Moreover, stock market can be affected negatively as well due to falling prices of those companies’ shares. This consequence can influence stock market of America in future, as investors can predict that US economy could decline further in coming years. To manage this situation, the central bank of this country could take decision for keeping the interest rate at a lower level (Draper, 2017). However, the opposite situation could also occur when due to higher economic growth, American companies could hire more workers due to its increasing demand in these countries. Consequently, the central bank of this country can increase its interest rates.