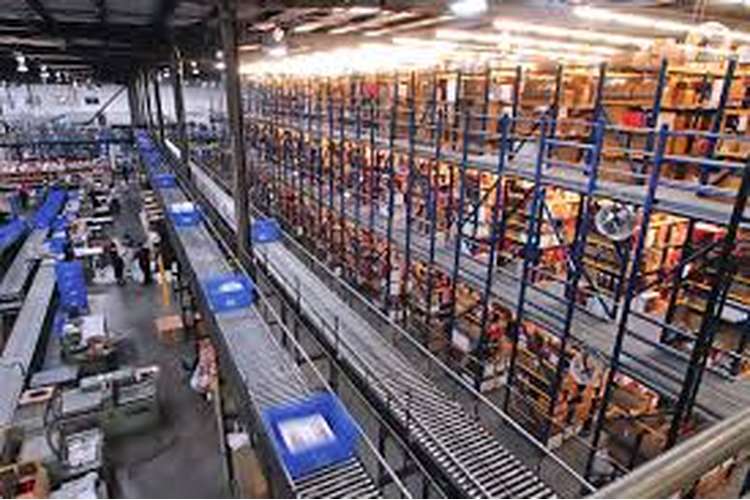 This work demonstrates the implementation and integration of an E-commerce with other ICT system which is RFID in this case. This will help the ABC on-line library to escalate efficiencies and bring forth competitive advantages in their operations and strategies. I visited the visit web sites, annual reports and accounting summaries of the company to find the relevant information related in this matter. I also gathered some information from academic journal articles, press releases, case studies, white papers published in popular press and online databases, including text books.

Based on the material I researched I herewith describe the ABC company in terms of its operations, products/services, markets & competitors. Illustration as to how its e-implementation integrates with RFID. Summary of the likely issues ABC on-line library faced during their e-commerce implementation are presented. Finally the outline of the likely advantages they have capitalized from the implementation and integration are given in the last section.

ABC Online Library is a library based company which extensively uses a web browser. The library is accessed at first through proceeding with the registration in the library system and then logging into a personal cabinet of the user. As any library has to be controlled by an administrator who adds, removes books and accomplishes other managerial activities, the Online Library is also in charge of an administrator. The administrator is the user as well but with more privileges allowed to fulfill than a usual user. (Hamill, 1996). 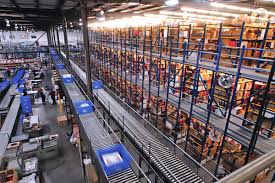 The ABC On-line Library is the company who now wishes to extend to a fully fledged e-commerce company wherein the library allows the user to share the book s/he has found interesting with his or her friends, and this function can be accomplished via a social networks sharing tool on the library page. The library needs to launch many more paid services and wishes to integrate the payment system with RFID Technology. Radio-Frequency Identification (RFID) payment technology, which is used in banking and other industries have dynamically shifted to the digitalized systems. For example, in the last few years, Radio-Frequency Identification (RFID) payment technology has widely been integrated into credit and debits cards payment methods (Hossain & Prybutok, 2008). The new e-commerce system will help the user to pay securely and new options will be integrated to the on-line library system. Nowadays almost all the web pages on the internet embody such a useful option which in turn makes the social network as a source of linking to other web pages thus promoting recently-created ones. (Bhide, 1994). So this is the overall object of the ABC Company which helps them, not only to revamp the system, but, also to usher into a new Business model having new e-commerce system integrated with the latest secured payment technology.

RFID technology has been used in Smartphone retail technologies to enhance payment, which is the next step high-tech’s payment generation. The technology enables a direct interface with a miniaturized chip, which consists of interrogators and tags (Thiesse, 2007). Google Wallet is an example of Smartphone retail payment system and Geld Karte, Oyster and Octopus are prepaid payment cards used in the UK, Germany and Hong Kong respectively. This technology is the latest in the banking system and has spread rapidly and has penetrated different industries (Shin, 2009). This is the reason that ABC Company, which has expanded its business manifold, now wants to expand its ecommerce system with RFID payment technology. The company is concerned over the performance, uptime, reliability and safety& security of the customer’s transactions.

The company wishes to initiate the new development professionally. As in any professionally managed project, the management tries to foresee any expected or unexpected faults, problems and errors in the future, so the standard project management procedures are followed. The project specification is prepared and submitted at the beginning of the project to all its stakeholders for approval. (Cromie, 1991. The project schedule is prepared and attached to the Specification document. As the project may get stuck in certain places so one of the solutions to handle problems is to consult forums, blogs and other means available on the Internet and with assistance of theirs to attempt to find the appropriate answer. There are a huge amount of web sites that could help in resolving the problems occurred in the project, however there is one that is believed to be one of the most helpful sites from that standpoint is www.stackoverflow.com. This site helped a lot in understanding some basics of the programming technologies used in dealing with the similar projects to the Online Library, and this method of coping with the project programming has been discovered significantly effective when the developers stuck in a particular problem. (Bhide, 1994).

As for User Interface (UI), there is an image shown below which is a main page of the Online Library. Certainly this is the finalized ready-to-go version of the library of the library’s look. 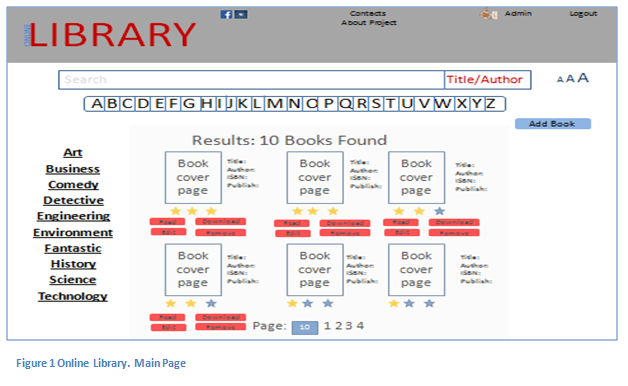 The first thing to note, the user has several choices to search for a book. He can do this by typing a book title, or by typing an author’s name, or selecting a particular letter from the alphabet available down the Search line.
A technology adoption process was undertaken as shown below: 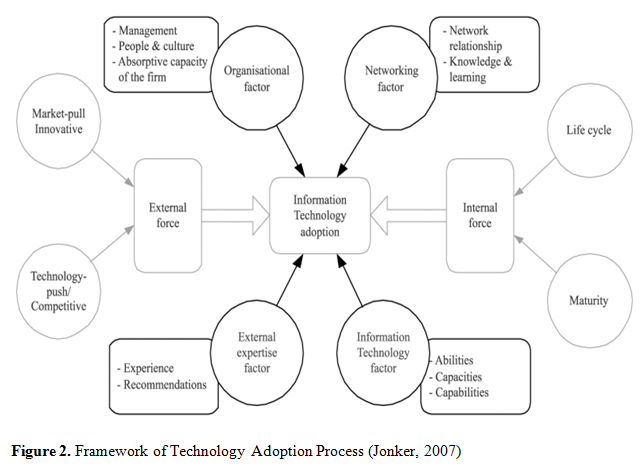 The key factors that directly contribute to the changes in the organization are management characteristics and behaviors, the firm’s culture, external network, external resources or professional expertise and the innovation itself. Using the innovation adoption model, the company incorporated the key factors and proposed the aforementioned framework that conceptualizes the RFID adoption process (Jonker, 2007).

Summary of the Issues Faced in adoption of the new Technology

Since the adaptation of the new technology is a critical point of concern for this complex project, so different issues that have been encountered, which include the specifications of the technology and how it fits into the organization’s infrastructure (Avoine, 2005). In addition, the characteristics of the user, institutional culture, psychological factors, and information technology are other contributing factors to this RFID technology adoption (Mukherjee & Nath, 2003). On the other hand, the cost of the technology is a significant point because it involves determining the cost benefits of implementing the technology. Other issues include the capability of the ABC Company to accommodate the new technology. 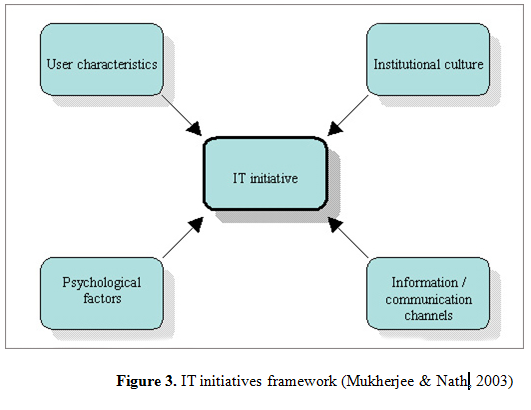 The new-tech adaptation, that is the RFID, provides users and the organization with the ability to enhance the secured payment option for customers (Boye, 2008). Here, the system enables the users to be able to track the movement of monetary transaction in a secured and encrypted way. Since the company has been witnessing massive increase in monetary transactions, so they have no option, but to implement the RFIS based system. The cost factor was a big challenge and the company had to ensure that there are no cost/time overruns in implementing the project.

Outline of advantages the company capitalized from the implementation and integration

The biggest advantage that the ABC Company capitalizes is the building the security and safety for the customers and to reduce the amount of risk involved in the online payment systems. Other advantages of RFID technology demonstrated that the RFID tags were easy to install and made it easier for the developers to use those for the tracking purposes when the target element being tracked is within the frequency range of the chip (Thiesse, 2007). This means that the it was easier to monitor and track and safely commit a user transaction securely. Using payment by this technology was also twice faster than normal payment methods. It also meant less queuing and speed-up of payments. This came to be a boon when the company experiences exponential increase in its transaction size.

Security is most concerning for normal transaction methods. It has been established that the technology reduced scanning issues. It has been established that the cost of the RFID technology is lower than most normal methods and has seen the broad adoption and use of the technology as highlighted initially. RFID was a good decision and it saved the developers from lot of complexities generally associated with developing secured online payment systems and integrate those with the ecommerce systems.

Overall the ABC online library system did well in adopting a professional approach in managing a complex project. The Project implementation looked simpler than it was expected as the right development environment and integration methods were chosen. The company was also able to build the security and increase the overall performance as the technology platform chosen was much efficient than other similar platforms.