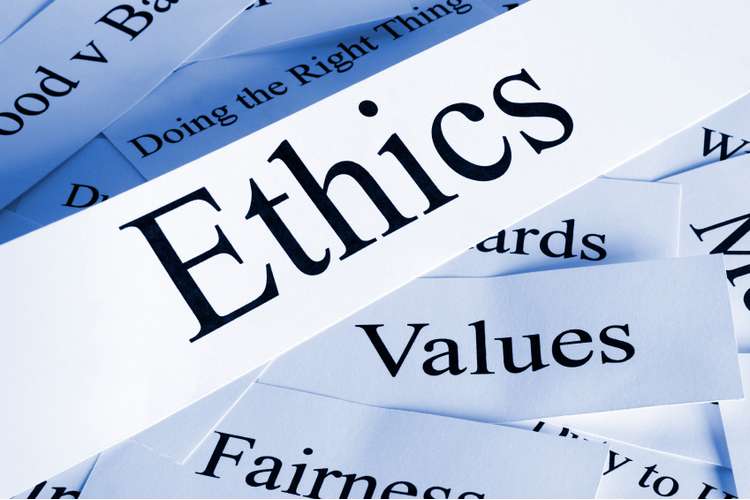 The aim of this study is to differentiate the model for various school shooters on the basis of their characteristics. The study analyses the mental situation of the attackers before the attack took place. According to Ioannou, Hammond & Simpson (2015), the study also has focused on various factors which are related to family business environment, behavioural aspects for making the criminal activity in various cases of school shooters.

This study has discussed an offender’s profile based on his educational background which motivates the individual for making the crime. The concerned study has described the schooling and some factors such as family condition, behaviour of the offender which is responsible for a preparatory act in a destructive manner. Gerardet al. (2016) stated that rampage school shooter has aggressive behaviour while their youths which is related to mental disorder. As per the study, the offenders in the school shooting have personality disorder, symptoms of depression, lack of empathy, paranoia, frustration and sadistic nature. 57% of the 28 school shooters are suffering from mental disorder and 71% are suffering from depression. They also have a tendency to attempt suicide. The range of age of the offenders is between 13 to 23 years. This study uses 40 school shooting cases as a sample and analyses the cases by using Smallest Space Analysis. This test produces a set of 18 variables which is associated with the offender's characteristics. This test is useful as it reveals three distinct themes or characteristics such as rejected, disturbed and criminal school shooter.

As from this study, three distinct characteristics of the offenders such as criminal rejected and disturbed school shooter are revealed; in order to stop this criminal activity mental as well as psychological treatment can be provided prior making these dreadful events. The author Olivia Simpson worked in adobe as a data scientist. Thus, she is capable enough to deliver credible information. According to Baldwin (2016), this study has described the theoretical implication of offender’s characteristics to understand the behaviour and crime of the school shooter. This article has the more potential to give the practical application to prevent such criminal activity. Thus, the study has limitation with the quality of data and invention strategy.

This study has developed a model to differentiate the school shooters on the basis of their characteristic before they attempt to attack. The author uses Smallest Space Analysis to compile the data from 40 school shooting cases. The result explores three distinct type of school shooter such as disturbed, criminal and rejected which are related to offender’s characteristics. Though there is no practical application the data is relevant to the given topic (Camanet al. 2017).

The author had explained the fact that child to child sexual activity and the sexual behaviour involved in siblings were not always considered as sexual abuse in the society. Broadhurstet al. (2018) stated that the experiences were presumed as normative sex play, consensual and exploration activities. So, there was a great misconception in understanding the sibling's sexual abuse in society. This study showed that the young siblings and non-siblings up to 17 years are mostly involved in 35.6% sexual abuse cases and these incidents are mostly committed against minor. 16% of all young sex offenders aged 12 years and most of them are involved in forcible rape case. Most of the offenders are males and sufferers are female. According to the author, the sibling sexual offenders are characterized as anxious, narcissistic or antisocial features. The investigation on the children aged 0-15 years and other young perpetrator were acquired by using primary form of maltreatment. The investigation results on child maltreatment were collected from child welfare workers. In this investigation, a multi-stage sampling was designed to select cases from the child welfare sites. In this investigation, 112 children welfare sites out of 412 child welfare organisation were selected as a sample.

In this study, the characteristics and features of the sibling and non-siblings sexual offenders are described. Brown (2017) stated that in sexual abuse case, the investigation stage is the keystone of child protection system as it focuses determining the source of the offense, documenting the evidence and deciding the course of actions. Babchishinet al. (2015) stated that if there is not sufficient information regarding the cases then for the CP workers, it might be difficult to solve the investigation. This can be one of the limitations of this study. The author name Collin-Vézina is the director of McGill centre who researches on children and families. Thus, the author has credibility of delivering relevant data on sex offenders characterises. But this article has poor features as this study does not have done specific analysis with specific points. The comparison between the siblings and non-siblings offenders is not clearly depicted. Apart from these the resolution of this criminal activity is not clearly described that whether the siblings need to bring up separately or not (Kerr et al. 2017).

This study provides suspected sexual abuse cases of siblings under the child protection investigation and analyses the characteristics of the young preparatory who are alleged for the sexual abuse cases. The information technology is crucial for the topic as it denotes family or blood relationship as the offender’s characteristics.. Wortley & Townsley (2016) stated that this study reflects on this anti-social activity in society with some specifics cases and also describes the number of young offenders by the child protection investigation.

The purpose of the study is to investigate the risk of reoffending of the offenders and the seriousness of the offenses in the judgment. In most of the cases, the high risk of committing more offenses by the previous offenders has been observed. Vézinaet al. (2014) in this study the impact on offenders and offenses for previous judgment and the public view reoffended has narrated.

Common people have strong and negative reactions to the sexual offenses and also on sexual offenders. In this study, the crime seriousness and risk of reoffending has described. There are different levels of seriousness of offenses by the law. The case study is conducted in Victoria, Australia and it is based on the different level of the sexual offenses and maximum penalties for those offenses. Watsonet al. (2015) stated that the risk of reoffending is static, unchangeable and dynamic. This study recruited 552 educated adults through social networking and advertising for investigation. The author has developed four vignettes and as per the act, the level of crime seriousness was chosen. Manipulation check and community towards sex offenders were analysed. As a result, the seriousness of the crime and risk related to the crime are described in this study.

The article has determined the effect on the judgment of the reoffending risk and seriousness of offenses of the sex offenses. The Level of education and age create impact on judgment. In order to reduce the risk of reoffending proper judgment is required. As per the study, it was hypothesised that the offenses with higher seriousness has more risk of reoffending than lower seriousness offenses. Gwenda the author of this study is a clinical psychologist. Thus, all the information given by him from must be relevant. Several limitations can be acknowledged for this study. This study focused more on small sample sizes and uses contact and non-contact offenses. So, it does not clear out the relation between direct victims and non-direct victims (McGrath, 2015).

This study suggested that the judgment of sex offenders was may be less depended on the offenses of offenders rather than focusing on its motivators. Also, this study found some differences in the judgment of the sexual offenders. Holdsworthet al. (2014) mentioned that the judgments were varied with the conditions and assumed to be balanced for any cases. It also evaluated the risk of reoffending and the seriousness of the crime made by sex offenders which is relevant to the given topic. In this study, the impact of the sexual offenders and offenses in the community both positively and negatively are also described.

The way of behaving people with offender is different. It has been found in the study that people support the treatment of sex offender but they did not support the treatment in their society. The study also focuses on the impact of sex offender and the behaviours and attitude of people towards sex offender. There is a different type of sex offender according to the variation in age. The treatment of a sex offender is sometimes ineffective based on situations. From the above discussion, it has been found that one of the offender's characteristics is sexual abuse. The young offenders are committed to the sexual abuse and it is mostly found among the siblings and non-siblings minors. The age difference between the siblings was a big factor but now it is accepted that in sibling sexual abuse cases the age difference is not good sign.

Child protection process is complex in the sexual abuse cases as it affects the present as well as future lives of the alleged and victims. According to the child protection investigation, the number of young offenders is more than the number of overall offenders. Sibling offenders have experienced child sexual abuse and other forms of violence and dysfunction of the family than non-siblings offenders. Family, environments, behaviour, level of education all are the factors which are directly or indirectly responsible for the preparatory act. Adolescent young siblings and non-siblings sex offenders alleged for a number of child abuse cases are far from the trivial. It has been identified that previous judgments affect the young offenders as well as victims and their family. The investigation used some children welfare sites as a sample and collects all relevant data from the child welfare workers. From this discussion, it can be concluded that offending activity not only depends on the offenders but also the surrounding environment, family background, behaviour etc.