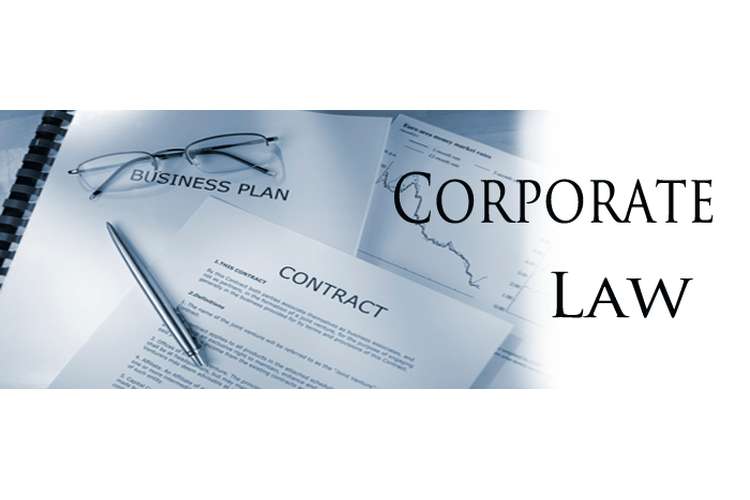 Directors of the companies and their duties

Role of the directors

Directors are the individuals who govern a particular company on behalf of the shareholders of that specific company. The term director as defined in section 9, Corporations Act 2001 mentions that a director is an individual who have been validly as a director or an alternative director of a particular company (Sharma, 2004). It is possible that a person that is not validly appointed as a director of a corporation but acts in the directorial position is also considered as a director or ‘de facto’ director. Another type of director is the shadow director. A shadow director is a person who is in spite of not validly appointed by the corporation in the directorial position instructs the subordinates and directors are accustomed to work under the instructions of that individual.

The role of a Non-executive director

If an organization is governed by more than one director then the directors are considered to be non-executive directors. He is not employed directly by the organization in an executive capacity. As per the guidelines of The Corporations Act, 2001 public companies require to have at least three directors in order to govern a corporation and another important fact is that it is compulsory that two of the three directors need to reside in Australia.

Four primary duties have been specified for the directors by the Corporations Act 2001 and they are:

1.Care and diligence: as per this duty each of the directors of any corporation needs to act with the degree of diligence and care and it is considered to be the reasonable approach from a person who is governing a corporation. Common law also imposes the same duty over the directors. The Business Judgment Rule is responsible for providing a safe harbor that is associated to a claim at Common Law under section 180 (Sharma, 2004).

2.Good faith: As per this particular duty, a director of a company needs to act in good faith in order to work in the best interests of the company and the shareholders of the company. It is important for the director top have a meaningful purpose for each of his actions which is mentioned under section 181. This section also includes avoiding conflicts if they arise. This duty is associated with both a duty of trust and fidelity and it is known as a ‘fiduciary duty’ and it is also imposed by general law and a duty which is required in legislation (Clarke, 2007).

3.Proper use of position:As per this duty a director requires not to user their position improperly in order to gain any possible advantage that serves the purpose of his or her individual interest or anyone else or to the detriment of the company. It is mentioned under section 182.

4.Proper use of information: A director under the obligation of this particular duty are obliged to not use or manipulate information of the corporation in order to gain personal advantage or to the detriment of the company.

History of evolutions of director’s duties and responsibilities

In order to understand the current development of the director’s liabilities and duties it is important to evaluate the history of the particular law. The idea of a corporation with a body that has legal personality which is separate from its shareholders, can be found in English Law. The modern reincarnation of laws which are associated with bankruptcy, intellectual property and corporations. As it is based on the UK company Law the legal structure of Corporation Law consisted of a single national regulatory (Edwards, Halligan, Horrigan & Nicoll, 2013). The settlement of Australia as a British colony led to the judiciary control of the country to be influenced by the Common law of Britain. As the other colonies when Australia gained significant power and independence the power of their corporation passed to the hands of their own parliaments. Based upon the Federation in 1901 the Commonwealth Of Australia gained limited amount of power and it was gained through the Constitution related to the Corporations and it included the following powers:

The power to commerce and trade with other countries and states and with foreign corporations which have formed within the limits of the Commonwealth. Australian directors are subjected to the similar liabilities and legal duties that are found in the jurisdictions of other countries. The primary duty of the directors is to comply with the legal terms mentioned in the Directors’ Duties act in particular the duty of care and the duty of loyalty (Keay, 2003). It has been considered as factor of prior importance that the directors are obliged under the duty to perform according to the best interest of the corporation that he or she is a part of. The law developed and included the benefit of the shareholders as well. In Australia, the directors are more liable to the shareholders than the other countries. 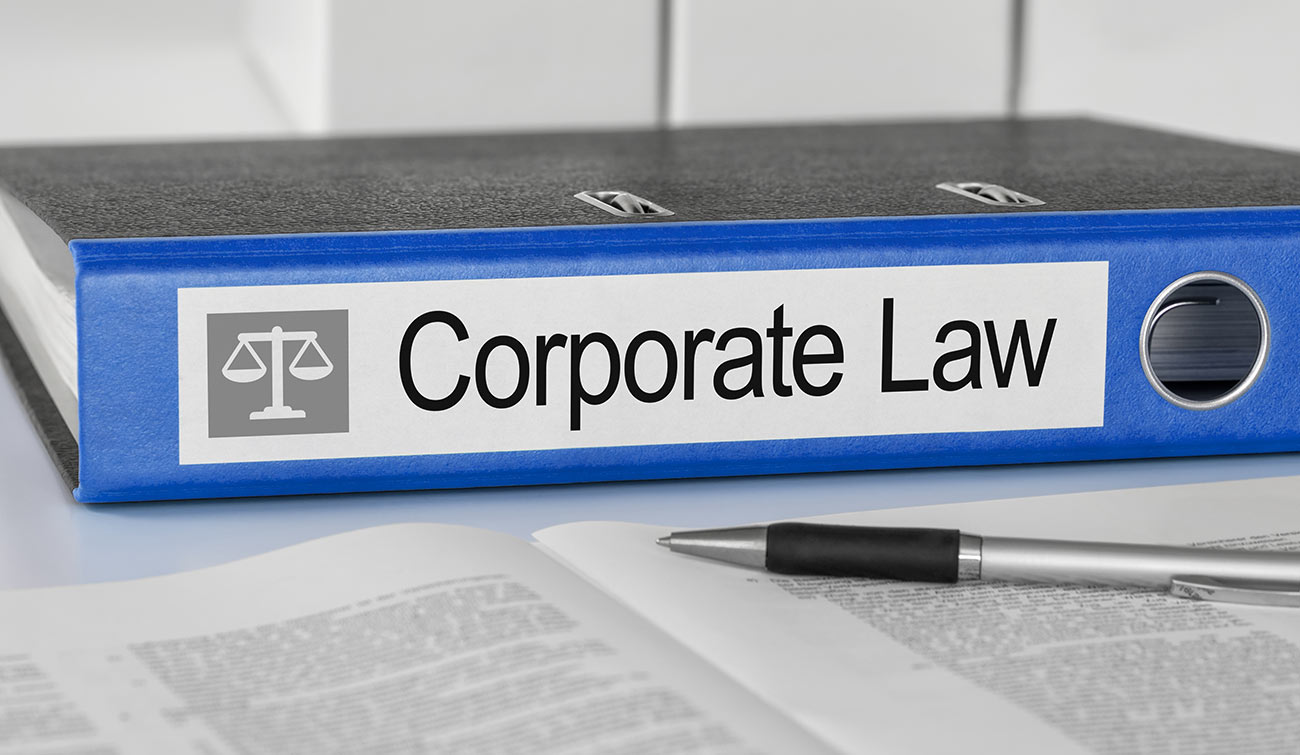 Duties of proprietary and public companies

As far as the legal responsibilities and the duties of the directors are concerned of the directors of the public and the proprietary companies need to be in compliance with the Directors’ Duties as mentioned in the Corporations Act of 2001. The difference between the two mentioned entities is that the public companies are obliged to have at least two of the three directors who reside in Australia and in case of the Proprietary Companies at least one of the two directors need to be fro Australia. Another important factor is that, for proprietary companies that has a sole shareholder, it is possible to appoint a second director by the original director.

Consequences of the laws and available remedies

Breaching of the Director’s duties laws come with the following consequences:

It is possible to have severe penalties regarding the failure to comply with the duties under the Corporations act of 2001 or other business laws that govern a company’s activities. For instance cartel conduct under the action of competition laws can be responsible for ten years of imprisonment (McConvill & Joy, 2003). Under the action of Corporations act of 2001 contraventions of the duty of good faith, involving dishonesty or recklessness as well as improper use of position or information can lead to imprisonment of the responsible directors for five years.

A contravention of the directors’ duties under Corporations Act of 2001 is responsible for making a director liable or subjected to a substantial tangible fine (Sharma, 2004). The creditors and the shareholders also have the ability to charge complaint against the subsequent director and actions are to be taken against the directors who could not comply with the guidelines of the duties of the directors.

Both the Courts and the Australian Securities and Investments Commission have the power to disqualify the directors who have breached their duties mentioned under the Corporations act of 2001.

The commercial consequences are considered to be the most serious ones compared to the legal consequences of breaching the directors’ duties. Evidently, the most important asset of any corporation is their reputation and the company can be subjected to much greater scrutiny both by the regulators and the investors in case of the breach of the duties by the directors. The market reaction can be worse in this scenario and it has the power to ruin the reputation of the company along with that it can abolish the existence of the company as well.

Related relevant case and the statues

There are numerous cases that came in front of the courts in which the attempts were made in order to hold the higher standards of the directors compared to that of the Common Law. One of the best known cases in this regard was AWA Limited v Daniels. The case served as the instance for the practical approach of the Directors duties. It reinforced the notion that the nonexecutive directors are the only ones who are liable for gross negligence (Hanrahan, Ramsay & Stapledon, 2013). It has also thrown light upon the fact that the duty of care was to be judged by the subjective and not by the objective standards. It also mentioned that they have the ability to delegate most functions to the management of the corporation. The critics of the judgment who commented on the judgment are considered that this case provided a soft charter for the role and function of the sleeping directors. This case is considered to be one of the mainstream in the arena of Australian case law.

As per the majority decision in the appeal of the case by the New South Wales court of Appeal, it upholds a more meticulous standard than the initial favor. Borrowing from the examples and the developments from the negligence law the Court of Appeal stated that the test that was applied in this case was an objective one (Austin, Ford & Ramsay, 2005). As it was evident from the case that it was one of the primary requirements from the directors that a minimum standard of competence was required to be maintained. It was the duty of the directors to ensure that their decision was informed, independent and involved in the active exercise of their discretions. The Court rejected the appeal that the liability of the directors was limited to the cases of gross negligence.

This case has led to significant changes and in this context it is important to mention the announcement of the Federal treasurer. On March 1998 the treasurer stated that the Federal government is going to introduce new legislation in the latter half of the year in order to reform the Company law of Australia (Dou, Sahgal, & Zhang, 2015). The proposals that were announced included two of the great importance of Companies’ directors. One of the issue that raised through this proposal was to enact the new business judgment rule in order to provide more certainty and security to the directors of the company. The other proposal was associated with the rights of the shareholders and it included the rights of the shareholders to take action against the directors of the company. The proposed revision of the directors’ duties has been given highest priority in the Treasurer’s announcement.

With several adequate changes and challenges, the moot purpose of the act remains same. The purpose of the corporation is to make rational investments and the directors’ duties are one of the important legislative actions that has paved the path for achieving clarity in the business activities and it has also facilitated the process of decreasing the possible torts of the contracts and the agreements between the directors, corporations and the shareholders.