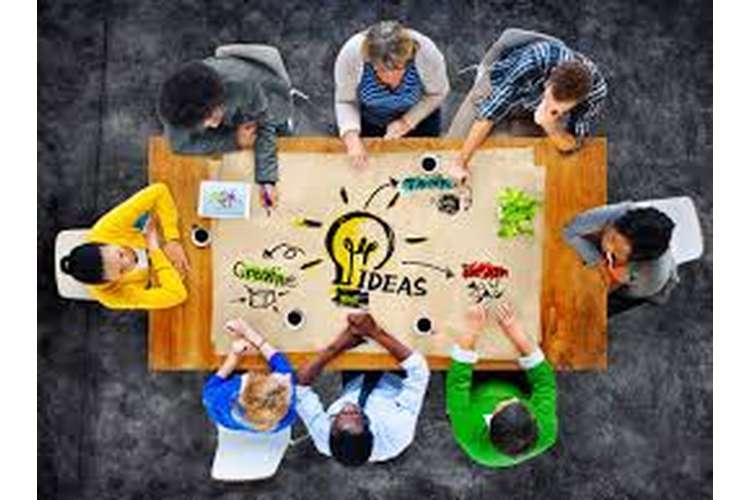 This assignment is in relation with the showcasing of ten such organisations that had expanded their businesses in the international market and what were the reasons that resulted in the organisations not being able to garner the profit that they had anticipated from those markets. So much so, these companies also failed to get success in the international markets and eventually had to close down their business operations due to the flawed marketing strategies that they had followed.

Prepare a folio for ten companies applying relevant theory for each company related to marketing and export.

In the below mentioned article, examples of marketing strategy has been provided that is demonstrating a clear lack of understanding of the principals of the international marketing theory by the relevant practitioners. A folio for ten companies in this respect are mentioned as under,

This electronics and entertainment retailer has been struggling for making progress in the foreign markets. As per the report provided by Business Insider, in 2011, Best Buy messed up its endeavours in the European market as a result of poor marketing strategy and not being able to notice that Europeans have a preference for smaller shops in comparison to large box stores along with other factors. The branches of the organisation have also been closed down in China as well as Turkey. (Payne, 2012)The reason behind the dreary performance of Best Buy in China was associated with the aspect of not becoming successful in differentiating its product lines from local retailers as well as not being able to adapt to the shopping preferences of the local customers like having preference for retailers that are smaller and more conveniently located. 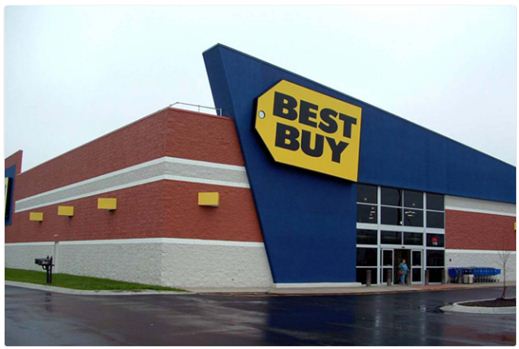 Although, this is a very popular ecommerce site but even then it could not contend with TaoBao which is a heavyweight ecommerce company from China. According to an article, it was stated that the built-in instant messaging system of TaoBao to be the reason for its superiority over China’s eBay. There was the want of the customers for having the ability for seeing the online status of a seller and have easy communication with them but this functional aspect wasn’t incorporated in a seamless manner into the system of eBay in China. Even though, there exists a seller rating system in eBay that depends on feedbacks from earlier purchasers, the customers in China still preferred towards developing trust with the help of their personal conversations with sellers rather than believing in the rating’s provided by other users. (Frydman, 2013) Also, the company had to struggle in Japan as well, where it started its operation in 2000. The company was unable to regulate its strategic aspects as well as methods of purchasing in accord with preferences of the local customers. For instance, customers were required inputting their credit card information for making a purchase, but this did not have popularity in Japan then. eBay was not offering cash-on-delivery service which might have produced a major difference in the manner by which it was received. However, the company took lessons from these early mistakes and returned to both countries after several years and started conducting business in a more successful manner. 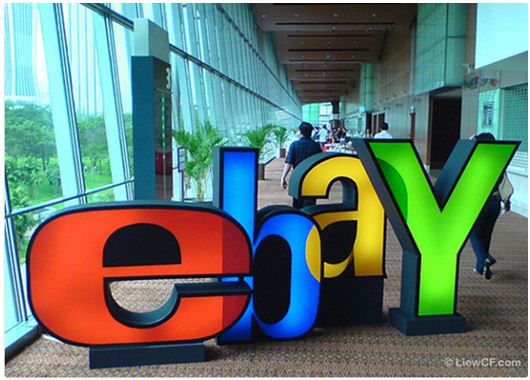 There were infamous issues that this huge internet company faced regarding censorship with the Chinese government. Along with that there were certain other struggling aspects that this company had to face in China. According to a report from 2010, it was cited that Google was unable to compete with the Chinese competitive brand named Baidu that primarily was catering to customers by providing them easy accessibility regarding pirated media and as a result developing their user base in a rapid manner. In this respect, it can also be stated that it is quite challenging for the American internet companies in competing with entrepreneurs in China who are equipped in a better way for catering to the domestic market and this is the reason for their failure in the Chinese market. (Frydman, 2013) Corporate bureaucracy of the companies from US was blamed for having the inability towards competing with the Chinese companies, and certain factors that were important to become successful in this regard are to adjust to the domestic market, to have a strong domestic team as well as lasting strategy as well as the capability for responding in a quick manner to the demands of the customers.

There were certain wrong steps that were taken by the group-buying deals site in the Chinese market. It was criticized that the organisation did the staffing of foreign managers in a large number who lacked strong understanding of the landscape towards Chinese purchasing as well as utilising tactics of marketing that were contradictory to what the customers in China would be positively responding to. From the very start the company did not have a prospect due to their lack to understand the market in China. (Lussier, 2014) In the current scenario, Groupon is now holding a marginal share in Gaopeng, the local daily deals site that was launched by it in partnership with Tencent, a Chinese organisation. And, in the first quarter of 2013, Gaopeng only had around three percent of the daily deals site market share in China. 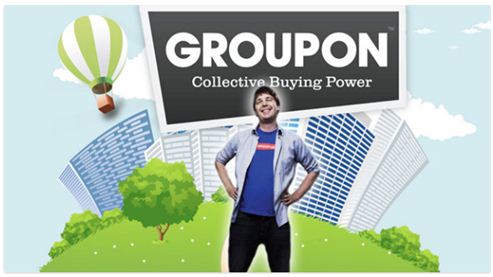 The store that was built in Shanghai failed in satisfying the expectations that was desired from it as it appeared that its approach was very much aggressive. It was cited in one of the reports that the store that was intended towards appealing to young girls as well as adult women, had 900 display cases, a spa as well as a cocktail bar and also different other attractions. This was a very strong dedication towards a market in which Barbie is a comparatively foreign brand and is not having the audience base for guaranteeing a return on the investment that has been made. (Jenkins, 2011) As a result, the six-story Barbie store of 36,000 square feet did its operations for just two years, post which Mattel made decisions of closing down the shop. 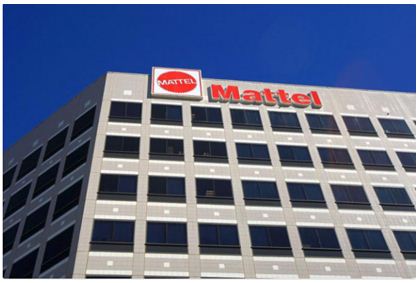 This famous fast food company could not become popular in the Caribbean even though the organisation made better endeavours during its decade long stint there. There were different issues in this regard, one of which was associated with high obstacles for running a McDonald’s franchisee as well as a slow economy. In Barbados, the company operated for less than a year prior to its closure because of lacking in sales. (Jenkins, 2011)The fast food company even observed poor performance in places like Trinidad as well as Tobago that made it close down its operations in 2003 because of low sales. 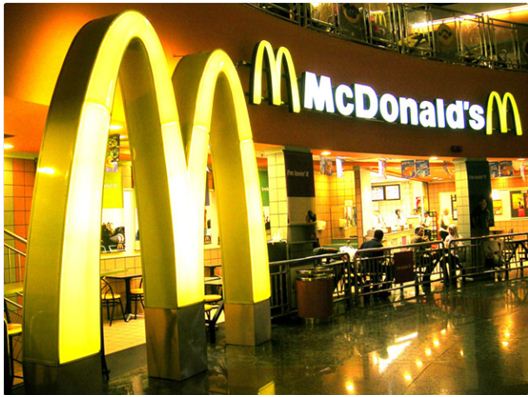 This world famous coffee chain was not able to have successful competition with the down-to-earth hospitality as well as boutique qualities of the domestic stores. The coffee chain also faced several issues when they made their expansion into the Israeli market and as a result in 2003, the coffee chain closed its six stores there and the reasons that they cited was challenges regarding operational aspects. The coffee chain faced criticism for not being able to appreciate Israel’s coffee culture as well as doing misinterpretation of the taste of the local customer base. 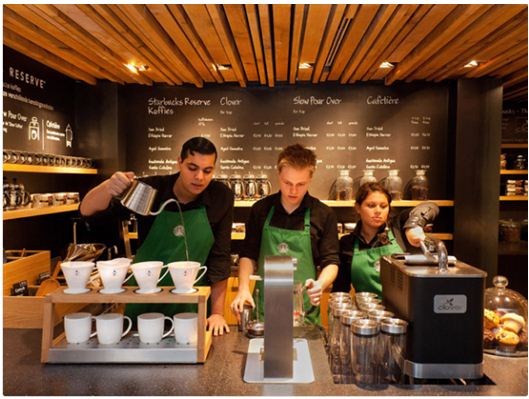 This fast food chain was not able to garner popularity in China like KFC (another brand of the same parent company, Yum Foods). According to a report it was cited that it is quite challenging to market Mexican food in China and as a result, in 2008, the Taco Bell shops in Shanghai as well as Shenzhen were closed down. (Johnson, 2011) But having said that, in 2010, the company did a gallant comeback to South Korea after performing poorly there during the 80’s. An effective strategic move that was made by the fast food chain was to open their stores in Itaewon and Hongdae, the reason being that both these famous nightlife places are frequented by foreign customers who are having familiarity with the brand. 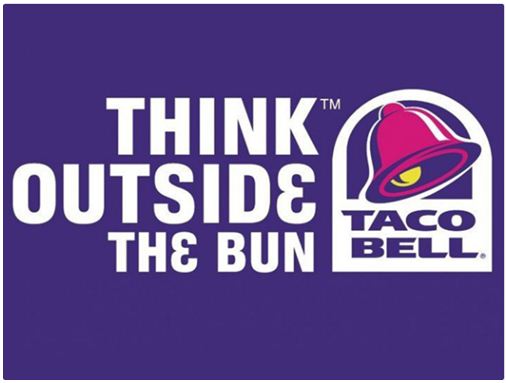 The well-known shopping centre faced lot of challenges in the international market. WalMart has forayed into a number of international markets but was not able to garner the success that it had anticipated in some of the markets because, the establishment was not able to fine-tune the experience associated with shopping with the domestic culture of those locations. For instance, in South Korea, the organisation did not pay attention to domestic inclinations toward purchasing small packages at different domestic stores, the existence of native discount chains as well as the shopper’s aesthetic likings. (Boone, 2015)The same kind of crisis resulted in its closure in Germany, where customers were able to get groceries at reduced prices at domestic stores. In Japan, WalMart after buying a share in the Seiyu organisation, made attempts in implementing its successful strategic aspects in the Seiyu stores like “Everyday Low Prices” campaign. But, this was not successful in Japan since there the customers are associating lesser prices with quality that is considered cheap and as a result they become sceptical to shop there. 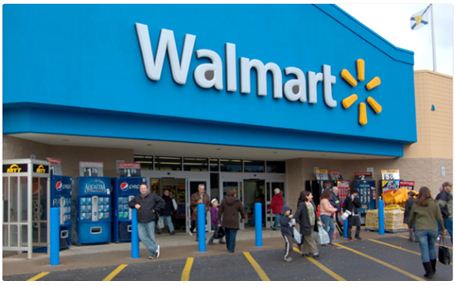 This fast food chain also faced a lot of struggle in making international customers to have an inclination towards their food products but in vain. As a result, in 2009, the fast food chain closed down its operations in Japan by shutting the doors in 71 places there. (Armstrong, 2014) Even though, Wendy’s made plans of returning to Japan for exploring new scopes in an appropriate way but the chances for it to get success in the country seems to be quite bleak, the reason being that there are already two major players thriving there which are McDonald’s as well as Burger King and also there are local burger chains that are focusing on the Japanese taste, and therefore, in similarity to the previous scenario when Wendy’s closed down its operations, it might again reiterate the same thing, which will lead to more business failure for the fast food chain. 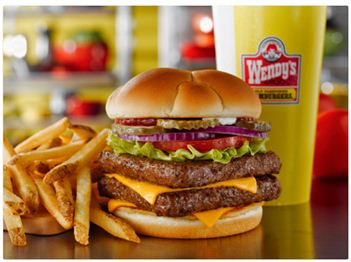 Therefore, from the above discussion it can be inferred that there was a major discrepancy with the marketing mix as well as the brand positioning for each of the ten companies that have been mentioned which wanted to expand their businesses in the international markets. The marketing strategies that they used were flawed and as a result they faced business failure in the international market.