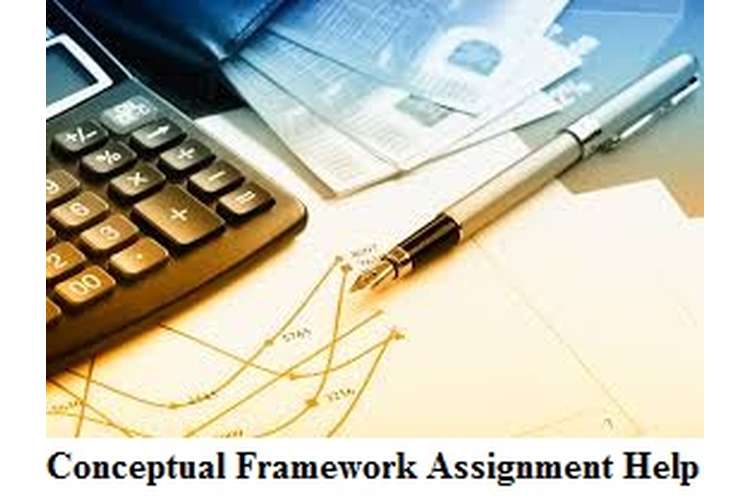 Conceptual Framework is the principle to the IASB’s mission in order to develop high-quality accounting standards that will enhance the accountant’s confidence infinancial reporting. Conceptual framework should not only provide guidelines for the IASB delegates for the development of accounting standards but also for shaping the discourses between the IASB and its components (Viitakangas, 2006). Conceptual framework should be made in such a way that it clarifies the meaning and understanding of the words. Conceptual framework discusses concept that is considered for the enhancement of accounting standards. Accounting standard setting includes the decisions to balance the advantages and disadvantages of alternative approaches (Lamberton, 2005). It also includes the ideas and concept that are utilized in various cases. If there is no provision, where it would be successfully implemented, then greater weightage should be given to other considerations.

Hines (1989, p.89) argues that conceptual framework is a planned system which is made for issuing legitimacy for setting up the standard boards during the periods of competition and government intervention.  The basis of Hines’ argument is that standard setting boards which are established, concepts such as objectivity, and neutrality acts as a platform to genuine the profession. This prospects leads to a theory of intervention of outsiders such as government, due to its instability. All these concepts are known as conceptual framework projects that are developed to create a perception for the development of financial accounting profession (Hardman, 2009). It is capable in having a formal knowledge base from which standards and practices derive.  This is why some of the researchers believe that conceptual framework is very important and can play an important role in decreasing the intervention of the government.

Hines, (1989, p. 86) stated that the projects will remain exist and are continually undertaken by professionals even if these people fails to accomplish their functional purposes. This explains the reason that why conceptual frameworkdoes not exist in various countries where government agency is in charge of setting up the accounting standards (Lamberton, 2005). The professional accountants have managed to add a sustainable degree in the professional project where they are getting more self-regulated. Hines also states that government legislation of accounting procedures does not include the authority of theoretical foundation.

According to Hines’, the only way to prove that the accounting standards are made and developed in affair and logical manner is by having the responsibility and the power of preparing the accounting standards like IASB ("The FASB's Conceptual Framework for Financial Reporting: A Critical Analysis", 2007). The inauguration and establishment of consistent principles will organize guidance and principle for the preparation and development of the standards. The conceptual framework is not only a technical method for setting the standards of accounts, but it is also a way of safeguarding its independence. With consistent principle, the conceptual framework of accounting reports is made-up to be better armed to promote the standards of accounting.

Financial reports are the most valuable thing in the world of accounting, and it becomes more important as the accounting world is undertaking through a revolt. All principles of accounting are being questions in developing to single set of standards that could be used in all over the world (Ittelson, 2009). Any changes or amendment that occurs in the foundations or standards have its impact in the businesses and markets in upcoming decades.

At the initial point of accounting, there was stewardship, where the main aim of the accounting standard was to explain the holders of the company what the administrators are doing. Now, as the capital markets have developed, the focus of the owners and shareholders has been shifted to information of the base investment decisions (Ittelson, 2009).

The IASB report command that there should be only one objective in financial accounting, and that is decision usefulness, and the stewardship was to be included under it. The report was confirmed by both boards, namely, IASB and FASB. But there was mutiny in the external part of the board, among which, there are commonly Europeans. Their demands lead to suggestion that stewardship should not be distinct purpose, if all doesn’t agree to a common definition (Stevenson, 2012). Stewardship accountability is an objective of financial accounting and got its comment during the conceptual framework project of IASB. It is produced by the UK standard setter and it’s Accounting Standard Board. It also gets provision from other European Accounting standards setters.

In the recent conceptual framework report of IASB, the discussion was done to put all the rivals’ arguments and to develop or produce a common useable definition. The paper has come out with various outcomes (Alfredson, 2003). The first is the asset valuation, which falls under decision-usefulness approach. The statement made on this approach focus on the resale value of stuffs, such as property and materials.

But the stewardship viewpoint should also involve the explanation regarding the value of the assets to the company’s operations. Other outcome comes for the acquisitions cost. IASB has setup plans to start booking acquirements at a fair value. And expensing the one-off costs. But if a holder of a company wants to track down the total cost incurred in the aspects of the management stewardship of company’s resources, it would be easier to capitalize it (Alfredson, 2003). The idea of stewardship is more than the allocation of resources, as it involves some past actions and also some future performance that could be omitted from a decision-usefulness approach.  As financial statements are dominant part of connections between management and company’s owners, it seems sensible to involve a complete procedure of accountability. It should work as a guiding principle, rather than just highlighting useful information regarding investment and credit decisions.

The action of stewardship in IASB, fails to acknowledge that investors need more information and clarification to hold management to account. For reflecting the value of stewardship in a more adequate way, the term should not be treated as an exposure draft or subsidiary part regarding the objectives of buying, holding, or selling a product (Rashad Abdel-Khalik, 2010). It should be treated as a separate objective that should be equal in providing information regarding the decision makingprocess of resources allocation. It should also be treated as a supplementary of decision-usefulness so that it could have more broadened explanation. In this way, it would be holding decisions regarding the holding management to account.

The IASB should be appraised for making practical amendment to these two most important discussions on financial reporting. It should be appraised for providing the greater emphasis regarding the stewardship and for commencing the specific byline of the concept of practicality. The decisions undertaken by the IASB will imply the objective for providing information for an assessment of stewardship and by changing the way it was treated (Alexander, 2008). The discussion of practicability is now embraced with a symmetric practicality as well as for its caution. The IASB should also be assessed for these changes as it would also be helpful to acknowledge the information on the performance of the business. It has also helped in avoiding the misunderstanding about the practicality and neutrality. The decisions undertaken by IASB have also help in understanding that providing information regarding the performance of the business model support financial reporting and in achieving its purposes. It also declares that reporting is necessary for reliability and to identify the qualitative characteristics.