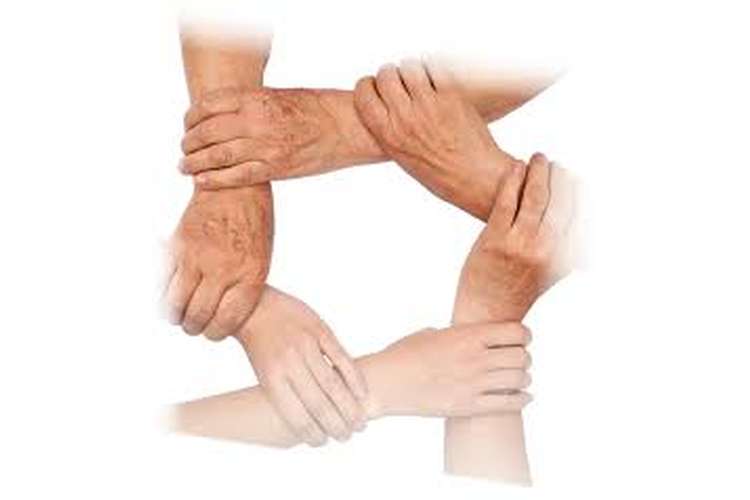 The purpose of this study is to describe the psychoanalytic theory and cognitive – behavioral theory. The description is done by comparing both the theory and other different facts and figures which makes them apart. The cognitive – behavioral theory and the psychoanalytic theory are both related to theory of development and psychotherapy to treat the people. In this study, main focused is on the difference in the procedure and technique used in both the theory with the help of literature review and also discussed that which theory is better and the different aspects of the particular theory. Comparison is done on the basis of basic definition, historical perspective and other related things (Murray, 2012). 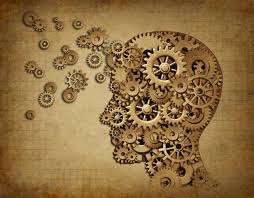 According to Ahmed (2012), Psychoanalytic theory was given by Sigmund Freud, human mind has both conscious and unconscious feelings and people can be cured by investigating unconscious thoughts and motivations and try to make them conscious. The aim of psychoanalytic therapy is used to overcome the repressed emotions and experiences and make the unconscious into conscious. This therapy is commonly used to treat people with depression and anxiety disorders. The personality structure of human is mainly consisting of three elements i.e. the id, the ego and the superego. On the other hand cognitive – behavioral   therapy is a type of psychotherapy which basically deals with the thoughts, feelings and behaviors that are causing problems to the people.  Cognitive therapy suggests that negative thoughts and behaviors are responsible for the depression and anxiety occurred among the people. This therapy helps people to become aware of the thoughts and behaviors that causing psychological distress.

According to Murray (2012) Psychoanalytic therapy is slow process and sometime takes months or years as it is based on recalling the past events and experts analysis all the unconscious thoughts from the childhood that affects the present behaviour and thoughts of the patient. The basic goal of the psychoanalysis is to determining unconscious behavioral and thoughts in order to identify the problems causing to the patient. Cognitive behavioral therapy is a short term process as compared to the psychoanalytic because the aim of this theory is to change the client’s thinking. Cognitive therapy does not emphasize on the past events but considers only the present thinking of the client. Cognitive behavioral therapy is effective but it should not be considered that psychoanalytic is less effective. Both the theories have their own importance and treatment is done on considering the patients appearance.

In contrast, the style of working in both the therapies is quite different and there are various features which can be used to identify the differences like:

Duration – CBT is relatively a short term process as compared to the psychoanalytic therapy. CBT is basically deals with present and therapists are analyzing the client on the basis of his/her thoughts and behaviors and after analysis of their problems they are trying to make client positive with structural procedures and sessions. Near about 12 weeks to 6 months are generally taken for the CBT therapy and on the other hand psychoanalytic is generally a long process and may take six months or longer. Therefore CBT is relatively time limited and Psychoanalytic is time consuming process.

Working style –Therapists generally followed a structural procedure for the treatment of depression or anxiety in case of CBT therapy. The sessions conducted are highly specific and agenda is set by the therapists for each and every session. Psychoanalytic is less structured and there is no n homework assignment for the client and the agenda of the session is decided by the therapist after talking to the client because in psychoanalysis all the past events are considered to deal with the present condition of the client, whatever incidence strikes the mind of the client will be the agenda for the session (Driessen, and Hollan, 2011).

Procedure -CBT focuses only on here and now and do not considered the personal history and generally discussion is made on present condition. On the other hand psychoanalytic therapy is also emphasis on ‘here and now’ but also gives importance to the personal history. As mentioned earlier psychoanalysis is making unconscious conscious therefore it is necessary to know about the past events for the treatment. That’s why psychoanalytic therapy takes longer time as compared to the CBT (Olatunji, and Deacon, 2010).

Cost –CBT is considered as less expensive as compared to the psychoanalytic therapy because CBT  is a short term treatment process and do not require long session. In psychoanalytic therapy, the cases are more complex and sensitive which takes long time and some people thought that it is quite expensive and do not opt for the therapy. The cost does not make much difference between the two theories as it totally depends on the condition of the patient that which type of therapy would be beneficial and effective and result oriented.

Advocates of CBT argue that briefer methods are effective and time saving while others argued that deeper treatment is required to produce long lasting changes. As CBT is short process and psychoanalytic is long but it all depends on the therapist to decide which type of approach would benefits the client. Some studies emphasized that for the effective treatment of complex mental disorders, psychoanalytic therapy would be better and good (Huber; Zimmermann; Henrich and Klug, 2012).

Cognitive behavioral therapy was invented by psychiatrist Aaron beck. According to the theory of CBT, it’s not thought that makes us upset or unhappy but how we react to them is important. For example, sometimes we try to learn new things but due to past experience we develop negative thoughts and this led to the depression and anxiety which affects our confidence and creates a kind of fear. Hence Beck called it cognitive therapy as this therapy generally focuses on the thinking of the people and also named as cognitive behavioral as it employs both thinking and behaviour (Dreher, and Sandler, 2013).

In contrast, psychodynamic theory is basically an insight oriented therapy and mainly focuses on the unconscious processes which influence the present behaviour of individuals. Psychodynamic therapy is based on the four psychoanalytic theories: Freudian, Ego Psychology, object relations and Self psychology. It do not considered current the thinking and behaviors but try to connect present with past events and realize the person that whatever happened to his beliefs and thinks, could be the effect of the past events. As mentioned above it is a long process and the healing and changes might take more than one year in some cases. It is a descriptive type of therapy which emphasizes on each and every aspect of the past events and tries to uncover maximum incidence for the effective treatment (Hall, 2013).

Hence Cognitive Behavioral therapy and psychoanalytic or psychodynamic therapy are quite similar in the approach but the procedures and technique involved in both the therapies are different and can be very effective for the person suffering from mental disorders. CBT is problem focused and action oriented therapy, the patient is active participant in the CBT and correcting the negative and thus quite aware of the treatment procedure. In psychoanalytic therapy, the patient is generally not aware about the treatment procedure because it based on the dream analysis or hypnosis and other activities which performed with unconscious mind (Orfanos, 2106).

The main drawback of psychoanalytic therapy is that it can span several years and hence quite costly because for more serious cases sessions are arranged for two or three times a week as well as there is no guarantee of success as the final outcome depends on the type of client’s mental ability and attitude. The overall procedure involves in psychoanalytic therapy quite long and sometimes the patients would get irritated  because therapist probe their inner psyche, sometimes people are not comfortable  and leave the therapy in between. In contrast, cognitive behavioral therapies is quite specific and short term process and give specific results but there are some factors which also criticizes CBT therapy. CBT therapy cannot long last and sometimes the patient would get affected by the depression and anxiety after some time. CBT also does not give any guarantee of success but more effective as compared to the psychoanalytic therapy. It is not time consuming and client is comfortable with procedure as the whole agenda is decided by the therapist and patient need to think positively in order to overcome the depression and anxiety (Orfanos, 2106).

Pros and Cons of CBT and Psychodynamic therapy

CBT is brief and goal oriented and more affordable therapy and therapy is also supported by scientific evidence. It is a collaborative approach, the client and the therapist both work together to overcome the problems and works as a team.  CBT is very effective and affordable as compared to the psychoanalytic therapy.  On other hand this type of therapy is specific and do not have any relevance to the childhood activities, issues related to the past cannot be addressed which makes it less effective. The Structure of CBT is highly complex and the process is also fast, therefore individuals suffering from high mental disorders would find difficulties and do not get benefit from this type of therapy (Back, 2011).

On the other hand psychodynamic therapy is long and addresses the root cause of the psychological distress and complexity of human behaviour. It is not specific to particular activities but has focus on overall personality of the person and encourages free association and there are no rules and regulations made by the therapist in this psychoanalytic therapy and hence allow the patient to freely express the past events. There are certain disadvantages to this therapy like it is less structure as compared to CBT and discuss childhood and personal history which is uncomfortable. This therapy is totally based unconscious mind and the patient is not aware of the procedures and rely on the therapist for the analysis of the treatment (Kendall, and Hollan, 2013).

It is concluded that CBT and psychoanalytic therapy are very effective to treat mental disorders. In addition, there are also various types of therapies used by the professionals for the counseling of the patient. CBT is assumed to be more effective as compared to psychoanalytic therapy because of various factors like short term process, goal oriented and affordable. CBT is time limited, short term therapy and mainly emphasis on learning new patterns rather than analyzing why the dysfunctional patterns are there. Psychoanalytic therapy on the other hand works on basis of the theories and practices suggested by the Freudian. Psychoanalytic therapy works on the principle that the person’s behaviour is affected by the unconscious mind and by the past experiences. It is a long practical based therapy which analyze by recalling events related to childhood and the behaviour of family members is also taken into consideration. Psychodynamic therapy is less intense than other formal psychoanalysis. Sessions are not frequently unlike CBT where sessions are organized in formal and structural way and agenda for each session is decided by the therapist. In contrasting, psychoanalytic therapy sessions are open ended and based on free association.  Hence in conclusion, each model has its own strength and weakness and individuals may find one approach more effective, appropriate and specific. It all depends on the severity and depth of the problem that which type of therapy would be effective.  Both CBT and psychoanalytic therapies are most commonly used by the practitioners (Tolin, 2010).

5. Orfanos, A. (2106).How is CBT Different from Psychoanalysis? (Online) available at https://www.thebalance.com/how-is-cbt-different-from-psychoanalysis-3227128 last accessed on 7 Sep 2106

8. Dreher, A. and Sandler, J. (2013).What Do Psychoanalysts Want: The Problem of Aims in Psychoanalytic Therapy: Routledge and Taylor Francis group, pp 10-80

11. Olatunji, B. and Deacon, B. (2010) Efficacy of Cognitive Behavioral Therapy for Anxiety Disorders: A Review of Meta-Analytic Findings: Psychiatric Clinics of North America, Vol. 33, Issue 3, pp 557-577