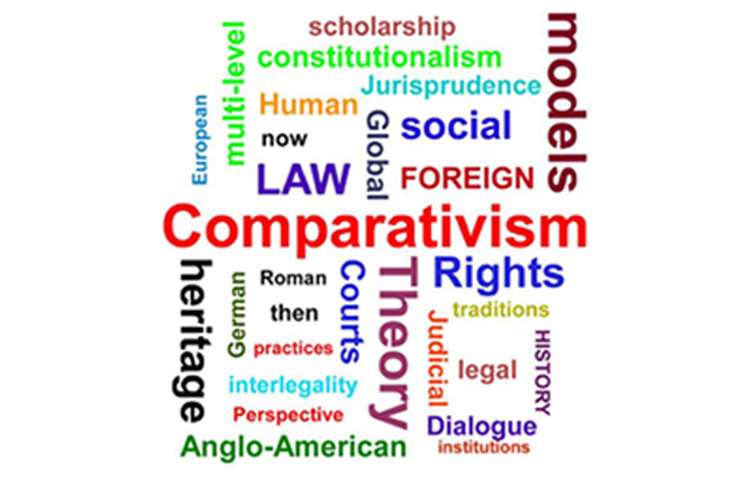 Comparative law is that branch of law that helps in comparing the legal jurisdiction of different countries and finding the correct ways to deal with a specific situation. The branch of comparative legal studies can be divided into two major categories: the macro study and the micro study. The macro study deals with the law in general. This branch of comparative law deals with the generic laws of different countries. However, micro studies are the comparison of various legal approaches in a specific case. This is one of the core aspects that help in the derivation of the conclusion of the comparative legal study.

Under the following case study, we would adopt the macro approaches towards the employment sector in the France. Study of employment law in France would help in highlighting various aspects of the comparative legal study. Since it is a liberal country it is drastically different in its approaches from the countries following a strict approach.

Considering the economic and the political situation of the country and the employment law is favourable to the employees. The laws of employment in France are comparatively liberal. The study of the history of France would help to understand the fact that the nineteenth century French laws carry a lot of evidence of threatening of the human dignity.(Berkowitz & Mu?ller-Bonanni, 2006)

The present employment laws of France help initiatives towards the improvement of the human dignity and are liberal. The employment laws of France have helped in facing the major problems of unemployment and helping the citizens to contribute to the nation. As per the French law, the contract between the employees and the employers needs to be consensual. Written form of agreement is however not necessary.

Other such fascinating features of the French employment law is the termination with mutual consent. Wherein the employment contracts are open-ended the statutory process provides that the approved termination by agreement is acceptable. Such terminations are neither dismissals or resignations and shall be written.(Blanpain, 2007)

The non-competition clauses suggest that these may be either incorporated through the employment contract or a collective agreement. The employment law also mandates to set up a work council for every company employing 50 or more employees. The council should meet at least once in two months.

It also provides for the dismissal based on the economic grounds. It ensures that employers undertake efforts to redeploy the employees that are threatened by the redundancies. The employer is also required to provide a declaration prior to recruitment to the local social security office for registration of the employee towards the social security, unemployment insurance and health services at work.

Similarly, The French employment law may considerable adopt approaches with respect to maintaining different legislations to deal with the sexist approach at the workplace by providing equal benefits and penalties in regards to employment regardless of the gender of the employee. A separate commission should be instated to meet the development of the reviews and introduction of new legislations to tackle the gender-bias so prevalent in today’s economy.

In Germany, the presumption is kept that the employee is the primary source of the information and can be refused by them to answer. In such cases, third party check s are allowed with the employee’s consent. In Netherlands, only the data required for the employment purpose may be asked for.

In France, it is determined that the employer is only allowed to enquire regarding the matters that are relevant to the job. Unlike the legislations in the Netherlands and the Germany, the criminal record is only asked for in particular cases. It may be considered that the liberal approach towards the background checks shall be fastened to deal with issues of criminal activities and validity of the data provided by the employee.(Countouris, 2007)

The employment laws shall also determine the participation of the employee in allowing for the background checks in terms of consent as practiced in the USA. The French legislation is silent on the aspect of the consent to be gathered from the employee in order to carry out a background check. The criminal records available in regards to employment laws or otherwise are also not classified.

The dismissal process under the French legislation considers the employers to give a written notice to the employee for a preliminary meeting. The 5 day gap should exist between the notice and the meeting should be present. The interview shall contain he details of the dismissal and a platform to listen to the employee’s remarks. The dismissal letter shall be sent over after two working days from the interview via registered mail. The rules with regards to benefits at the time of dismissal shall be followed. The possible ground of dismissal may be that of disciplinary dismissal, dismissal for account of incompetence or account of long term absence.(Blanpain, Nakakubo, Araki, & Barnard, 2008)

In the UK the dismissal process is comparatively flexible. This implies that it only requires a notice to determine the termination of the contract and the minimum notice period whichever is longer to dismiss form the position. The employee rights are specified with regards to requirement of the written statement asking the employer to provide the reasons for dismissal after completing 2 years of the service. The reasons of dismissal in the UK is that of the redundancy, summary dismissal, incompetence or illness. The dismissal in Germany is the hardest than anywhere else in Europe. The Dismissals Protection Act provides for the procedure, formalities and costs to be applied on termination and are primarily provided in the contract along with the right to not be dismissed unfairly.(Countouris, 2007)

It may be determined that the French legislation shall be more clear on points in regards to summary dismissal and the rights of the employee at the time of dismissal to provide a better outlook towards the fairness of the dismissal. The same asks for the simplification of the dismissal process and not elongate it in order to tackle the wasted resources on employees that are soon to be out turned by the company. It should also consider forming a Dismissals Protection Act like that of Germany to create the fair approach towards dismissals.