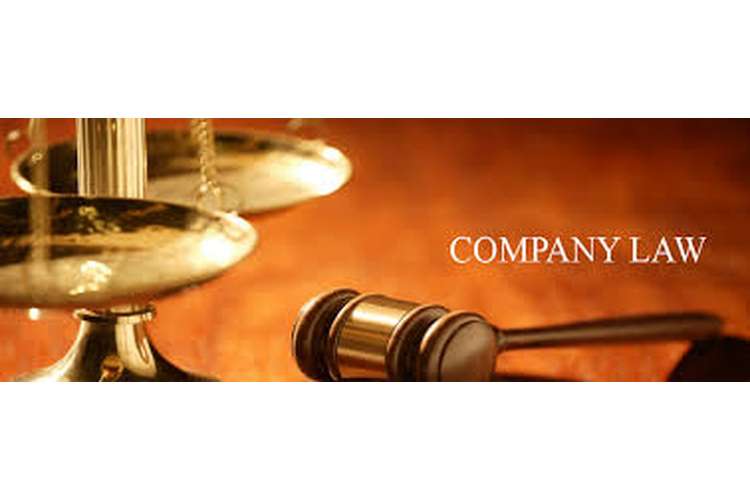 There were 30 respondents as a group Company, liquidators and syndicate of 20 banks.

Brief Introduction about the Company

Company Law Assignment Solution was very massive. It goes very long and the judgement and decision making of the court was more than 4000 text. Westpac filed litigation on the Company to use the money they get from the sale of securities but Company was in liquidation and liquidator has to take care of other creditors and want to pay off the loan to the Westpac at later stage. The case is described below:-

Company was experiencing financial difficulties in 1990. The Company had secured and unsecured loans already in their balance sheets. They were focused on improving their finance structure but there was unavailability of finance in their hands. The subsidiaries of the Company had borrowed money from banks on an unsecured basis. Subsidiaries decided to go other finance options. At the same time when Bell group already raised finance from banks, the offshore subsidiaries of the Bell group decided to raise finance through the issue of Euro-bonds in the country Europe and other convertible bonds on subordination. Banks were started demanding their amount. Company has sold assets to manage to repay their money. Most of the subsidiaries of the Company took more loan from banks, Bank agreed to provide loan to the Company in exchange of guarantees and securities over some of the assets of the Company. The loans were undocumented and further shifted for documentation in future. Bell used refinancing in taking loan from banks i.e. they take loan from banks and from that fund they repay their existing loan, the bonds they raised on the same security which was provided to the existing debts at the different terms and conditions., meanwhile; banks proceed to realize their money by selling the securities (Lipton et al, 2010). Trustees of the bond holders sued the Company. After this so much of tight conditions and all the ways used to decrease their debts, Company decided to go for rest ruction process. Then the process of restructuring went into process. But this decision of restructuring its loan structure went unsuccessful. Company was failed in restructuring process. Bell group decided to go for liquidation, Liquidation process get started liquidators were appointed for this purpose in the Company in April 1991.Liquidator of the Company has started its process. Westpac Banking Corporation (group of 20 banks) filed litigation against the Company and demands their loan amount, but proper documentation was not there, so it was difficult for court to come arise at the decision. Liquidators has to take care of the other secured creditors and bank has already realized their money from selling the securities so litigation was that whether the banks should keep the money realized from the securities in their hands. Were directors has followed their duties which they have towards their Company. Was refinancing decision at the time of bad financial condition of the Company was in the interest of the Company. Directors have not considered interest of the other creditors while going for another fund raising options. Banks should also be cautious while giving loan to the Company. The law was also changed at that time and keep on due for long period. Here are number of issues raised in the litigation, they are described below:-

The disputes and issues raised and arise in the litigation

One of the issues was that whether bank should enjoy the priority over the other creditors at the time of liquidation.
That the Company at the time of undertaking refinance transaction was actually solvent or not.
Directors breach their duties towards Company as they approve the refinance transaction when the Company financial position was not good.
Banks were knew the position of the Company but still approves transaction and provided loan to the Company.
As the directors provided securities to the bank, they have their fiduciary duty that they have towards the Company.
Then case took a new turn and issue raised that bank should retain with them the money the raised from selling the securities. Bank should enjoy the priority over the other creditors in the Company.

Duties / Responsibilities breach by directors and the reason for their breach

There are sections in the Corporation act, which states civil obligations of the directors towards the Company and if not followed, then there criminal offences which are imposed on the directors and officers of the Company.

As per section –181of the Corporation Act and subject to various amendments made thereunder, it states the general duties of the directors towards the Company. It States that directors have a fiduciary duty towards the Company; fiduciary means trust and good faith. They should discharge their duty with due diligence and care. They must work for the interest of the Company; Director should take care of their responsibilities towards the Company and should perform any task cautiously and in the sole interest of the companies stakeholders like creditors, debtors, suppliers, shareholders etc. They should keep away all their personal interests. Company should take all its decision in proper manner and carefully. As the Company has not considers the other stakeholders interest that is the existing creditors of the Company and gave priorities over the existing securities (Iversion, 2015).

As per Section –183 Directors and other officers of the Company have civil obligation that they should not use the information of the Company for their personal interest, and gain wrong advantage from that information.

As per section- 184 of the Corporation Act, it deals with use of position and use of information; it says that director should use their position honestly and carefully. Directors failed in discharging their duty properly and take improper decision of raising funds from banks without any documents and considering existing loans.

Reasons for such breach

If we look at the Bell group it has breach its general duties described in section- 181 of the Corporation act, as it goes for subordination of their loan when it has already having so many loans in their balance sheets, they breach their duty of trust and faith towards the Company, they raise more debt without considering the interest of the existing creditors, In consideration of section- 184 of the Corporation Act, it inappropriately took bank loans and without documents. They accumulate debts by doing refinancing which was intentionally fraudulent practice by the Company. The court applied what appears to be objective, it checks that whether directors engaged in honest and fraudulent designs. Bank has knowingly assisted the bank in their transaction because they provided loan first without documents and without checking the existing debts obligation in the Company. Company was also not having proof of other inter- Company loans, this is also the reason that court give that the Company has intentionally ignored the interest of the creditors and use “PARIPASSU” in the securities of the Company and increased its loan and avoid its financial report position, Company has took improper business decision in refinancing the loans and charging the properties of the Company on the different terms and conditions of the Company. As per section- 184 improper decisions is the misuse of position provided to directors by the Company if intentionally done lead to Criminal offence by the Company and their officers (Apps, 2016).

Decision of the court

In concluding the primary judgement, second judgement is that the Directors should not have act in proper way. They should know their powers and the limit within which the powers to be used. Directors have breached their fiduciary duty towards the Company. Directors entered in the transaction which was not in the interest of the Company.

Court also held that banks knew the fact that the directors are providing the securities which are already held by the existing bond holders of the Company. They knew that the Company is insolvent when they were doing the contract.

Court decision was too many extent was appropriate as the Company has already having so many debts in their balance sheets. Company was taking further loans on subordination basis that is giving ranking on the securities and properties they have already provided in the previous loan. Company subsidiaries were again raised fund thorough issue of bonds. When the bond holders started demanding their money, this let the Company to arrange for funds and in paying off their debt obligation they again raised unsecured loans from bank. Not only that they have sold the Company assets to pay the debts. Bank in providing loans to the subsidiaries of the Bell group showed carelessness by not completing the documentation. Banks not cautiously see the Bell financial positions, its existing creditors, its other debt obligation and provided loan to the Company easily. They have not properly evaluated the Company securities position and financial position. Directors have not performed their duties properly and misuse the powers given to them by shareholders. These all are things which says that bank were also equally responsible for entering into such transactions. As documentation was not maintained it was difficult to know the priorities on the securities, nothing can be identified without documents, it was difficult for the court to take any judgement as court only trust on the proofs, which the banks was not have. This all the acts by the Company and banks clearly shows that bank was supporting the Company to do such bad transaction even that they know the fact that such transactions are not reasonable and fraudulent (Wardrop, 2011).

Reason for the decision in view of Corporation Act

The reason for such decision of the court in view of Corporation Act is that the possess Companies are govern by act and directors  can do any act only after taking care of laws defined in act.

Section-181 of the corporation law act describes the directors and officers duties and responsibilities. Directors and officers have responsibilities and duties towards the Company. Their powers are well defined in the act, Companies are the owned by the shareholders and shareholders appoint the directors to take care of the Company and in the best possible manner.

As per the sec-184 of the Corporation act, says that if   director or other officers of the Company are inattentive or they intentionally become dishonest then, they commit an offence, and the directors was inattentive in taking business decision, they used improper use of their powers. They have raised number of loans without having analyzed the consequences of such act. This was the reasons of that the court give such judgement on the case (Smith, 2015).

Bell Company took loan in wrong manner, breach their fiduciary duties towards the Company, knowingly entered into wrongful act, Company ignores the interest of the existing debt holders, their subsidiaries companies also raised loan from the issue of bonds like one of the group Company  has raised euro bonds in Europe and the debt holders start demanded loan from the Company, Company having no option sell off the assets, still the debts were not paid it decided to go for refinancing form banks, from money raised from bank pays off the existing loan, Gradually the financial conditions went stressful and went into liquidations, trustee of bondholders sued the Company and demanded their money and bank simultaneously sell the securities to recover their amount and filed a litigation against the Company, Company Law Assignment Solution went to the high court and many judgements raised and come on many decisions.