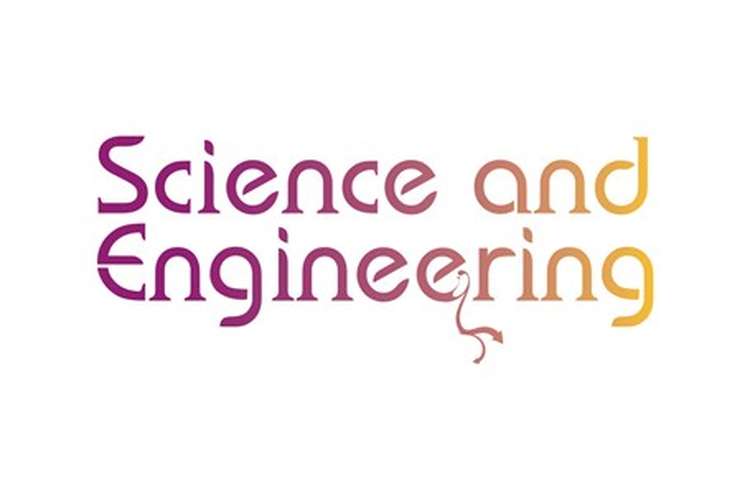 This system and science engineering projects deals with the Arial accidents and mis happenings have been on the rise in recent times and most of these have been found to be related to small difference of decisions by the aircraft team which was mainly due to the wrong information’s or false alarms provided to the team. Such a situation can put a lot of lives at risk. This project talks about a step taken to avoid such situations in future. The technology discussed here is called 'Ground Collision Avoidance System'. It uses pre-defined instructions loaded in the computers of both ground control team and aircraft equipments. On sensing any situation of any collision, be it metal to metal or metal to ground, the computers automatically initiate the recovery process and start guiding the cockpit team accordingly.

Flysafe is the best achievement in avionics history. It is an integrated project that deals with the safe landing of airplanes in runway. It is an electronics project that is related with various aviation terms and concept. This novel runway collision avoidance system is best suited to science and system engineering, because it is clearly defining the science and system here. B after hearing of many cases about the collision of planes in runway gives birth to this EC 6th framework under the Next Generation Integrated Surveillance System (NG-ISS). It is an effective alerting method that develop the sense among the pilots to judge the degree of collision in runway (Taleb, et.al, 2010). Runway traffic is a measure cause of collision in take off and land off of the planes in san airport. This flysafe approach creates a cockpit environment that relied on fast and repeatable response that reduces the number of collisions on runway.

In this type of system there are some indicators that tell the pilot when to stop and when to start. This system project was first experimented at University of Malta. In this operations and simulations, some simulations fitted in the airplanes that sense the degree or collisions and tells or alert the pilot to avoid collision. The testing was under the surveillance of various experts at University of Malta. Collision occurs due to many reasons for example bad weather, manual mistakes, fault system and devices and time factor.

The need for such a collision avoidance system is to prevent any accident or damage which might occur due to unpredictable circumstances such as false alarms or loss of communication between control tower and the pilot which may lead to misunderstanding of instructions and might result into mid air collisions or loss of aircraft control. This risks the lives of thousands of people. Such kinds of occurrences are sudden and unimaginable and that’s why one needs a proper prevention system.

Many aircrafts today are fitted with warning systems and alarms but all these make no sense when the question of ‘sudden’ on-air emergencies is raised. These technologies are unable to detect any variation or changes in the wind speed or movement of the aircraft in such situation.

This causes the entire scenario to rely on the pilot and his sense or capability to understand the situation and work accordingly. This may vary from person to person and thus projects out to be a great risk (Domino,et.al, 2011).

Another point to be considered here is that the pilot of any aircraft is the sole person whose shoulders bear the responsibility of any scenario that occurs on the aircraft. Besides being professional and well trained a pilot needs to get assured by the authority that he has the proper technology and aid to deal with any kind of on-air emergency. So a system like this can help him to keep his calm and follow the instructions and guidance provided to him to avoid any kind of collision.

The concept comprises of a ground control system that monitors the states and movements of the aircraft and calculates proper speed and direction for landing and takeoff accordingly. This makes the entire process automatic. In today’s world where technology play very crucial so it is very advisable to ensure security of the airplane which serve for the country and nation, people are from different country, their security is the major priority (Moeckel & Clarke, 2011). This includes the steps like recording a pre selected altitude in the aircraft computer and guiding it in case of any deflection in the pre defined path of the aircraft. Its helps in any kind of emergency landing or any other sudden changes in the pre defined travel plan.

This operating technically advanced gives birth to new aviation. Every measure and method adopted to reduce the accidents that happen in aviation since long (Domino,et.al, 2011). Flysafe is one of them to avoid all such issues and give correct and accurate result. As mentioned below it was first tested under the experts and experiences person. The challenges that occur in aviation industry, runway collisions are one of them. Means it is very disappointed if it come under heard that two planes collided on runway.

The whole purpose of this project is to automate the process of recovery to prevent any chances of collision during the controlled flight an air carrier. The basic idea is to calculate a proper height at which this recovery process must start. This process is called Auto Recovery. When the desired height is reached the process automatically starts and enters into recovery mode.  Proper commands and instructions are provided to the pilot accordingly (Osborne,et.al, 2011). As soon as the aircraft enters into this mode, even the controllers and sensors come fully under the sight and guidance of the ground collision avoidance system. Time management plays vital role here, it determine the implementation process and execution in reference of processing. Not only has this it involved technical denials within in under various measures (Rahiman,et.al, 2011). This method ensures the safety and security. The sensors inside the aircraft develop recovery mode and ensure security. It is known that aircraft is auto piloted, its hardware requirements distinguish among three various categories that are cited below:-

a. Sensors that identified the aircraft status or state.

b. Computer or device that does all calculations like height, elevation, angles and degree of recovery initiation.

Recovery state is very alert and crucial step it involves, roll of wings firstly so that it can spread out well, alert the attitude and at the last nozzle of aircraft being pulled. This develops the recover state. Pilot consciousness is very required in recovery mode otherwise, g induced loss of consciousness (GLOC) is the term for it. Accident on air is the thing but the accident of airplanes on the runway is the fault of system and services of the airport authority. To avoid collisions Traffic Alert and Collision Avoidance System (TCAS) is adopted. It is an integrated and decisive system that approaches the system and service. TCAS beats with all the challenges and develop fast and flexible response which senses the emergency of time. To control traffic measures there are various methods which uses roboto9bs and simulators for this avoidance of collision.

Every process is achieved by dynamics and manual help and this is similar with the collision avoidance methods that are flysafe (Eftekari, et.al, 2011). TCAS provide feedback of this technique which makes the experts to judge the correctivity and accuracy of the technique. Computer and devices also helps in achieving this. They history of avionic is always based on the incidents and accidents that took place because these accident become memorable for long time and set example for future outcomes. This aviation industry has many things that make it to active high technology based because this filed required to be very high-0tech and advanced, secure and safe otherwise it will lose its compatibity with its function.

Fly safe name indicates its purpose behind its operation and this method operated under the expert’s surveillance. Firstly runway made according to the length required by the planes, most of the time two planes run at the same time but their path angle and distance are specified to them only. Means there are least possibilities of their collision. While taking landing and takeoff, autopilot first senses the sensor and act according to that (Daneils, et. al., 2012). If all sensor works well then only autopilot landed the aircraft. After checking out all the sensor response a successful landing is done and hence fly safe mode is achieved by the aircraft. It is the main purpose which gets fulfilled by the method.

This type of execution is not easy to judge and sense but the autopilot in the cockpit did this for safety and security of the people sitting in the aircraft. Operational activity defines its accurate and correct programming and undoing. Being theoretical and being practical are two different things. All deed and happening cause its function well. If talking about in technical terms all sensors, simulators, devices and technology used are part of this operation. As such its define its clear function but the runway collision sensors are sensitive , any failure and errors may cause the biggest destruction to both aircraft industry and loss of human who are sitting inside the plane (Schreiner, et. al., 2010).

Hence in the end it can be said that fly safe technology used for the runway traffic collision is the technology which is the correct and secure measure for ensuring the security and safety of the people. In the future this technology becomes very useful and essential. All in way all its function and everything that completes it execution are under this operation section of this project report.

1. Besides general aviation system, this technique is being successfully utilized in the field of military where fighter aircrafts are prepared according to the scenarios and conditions of war.

2. NASA has been working on improvising this system. It’s been working on creating two different kinds of recovery systems; one deals with metal to metal collisions whereas the other deals with the metal to ground collision (Temizer, 2010). This would surely be a big achievement in this field.

3. This system is also helpful in high fidelity terrain mapping and works better than the present systems (Mojaman, 2015).

4. It has highly reduced the risks of false alarms and unwanted warnings that might miss guide the pilots in times of emergency.

5. The best part of this technique is that it provides multiple alternatives during the recovery period and enables the pilot to work accordingly.

6. Nowadays these systems are equipped with synthetic vision equipments which show computer generated pictures of the outside surroundings which help the pilots to judge the situation even in low or zero vision availability.

7. Also, these systems come with in-built Radar systems that are able to detect weather and sensitive anti-collision situations.

8. The success of this mechanism can be seen from the fact that the rate of accidents caused due to sudden collisions has come down to 20%.

This project report concludes that aviation technique of flysafe is the biggest achievement in the history of aviation. The fly safe technique enables this industry to achieve the entire requirement that reduces the risk and accidents. Runway collision was the big problem till many years. Despite having technically advanced this type of issue was not sorted out by any one. Not only this execution of this method is very repeatable and recovers means one can easily find out the error while landing and taking off. The entire above thing need, concept, operation and benefits showing the whole concept of this project.

Hence it can be concluded that fly safe and its operation and functionality ensures the security and avoided the runway collision. This method must be adopted by all aircraft industry.