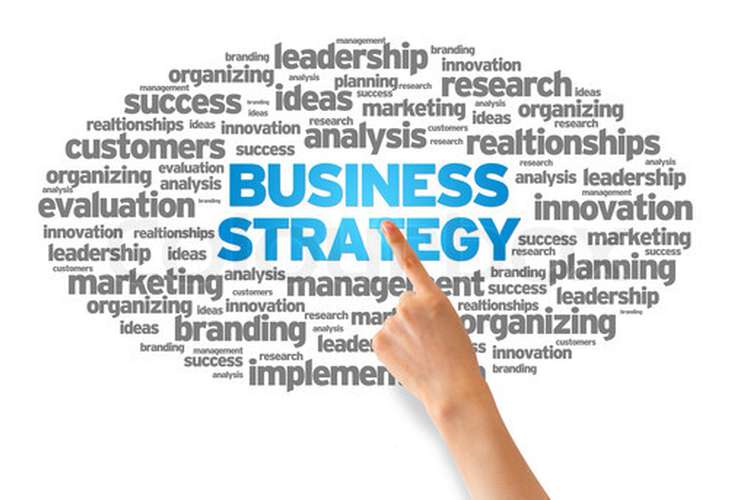 Business Strategy is process that allow a company or institution to focus limited resources on the best opportunities to increase sales and achieve a sustainable competitive advantage. This Coca Cola Business Strategy Assignment Help will be dealing with key strategies which is adopted by Coca Cola and other soft drink companies to be successful when expanding globally. These strategies may include differentiation, marketing, distribution, collaborative strategies, labor and management strategies, and diversification which makes the various companies to capture the market share in the market where they are available. Within this analysis, we chose to focus on the coco-cola company and other soft drinks companies to compare with this particular brand since they have proven successful in their international operations and are one of the most recognized brands in the world. Large cooperation, particularly in North America, Europe, Asia and Africa, acknowledge that globalization is the most critical challenge they face today. They are also aware that it has become tougher during the past decade to identify internationalization strategies as well as with whom to do business (Krishna, 2005). Entering into a foreign market is like discovering new territory for business owners. Foreign countries have different laws, economics, business strategies and currency. Cultural difference can also impede a country’s success. Though every business should anticipate a huge learning curve, entering a foreign market can be easier with the adaption of a few strategies (Krishna, 2005).

In order to understand how to manage for excellence in the food and beverage industry, one must recognize some key principles that are utilized by top companies in this industry. This research will provide detail examples of Coca-Cola and other soft drink companies to let the readers realize the strategies used by each company and what makes them superior than other competitors.

Marketing strategy may include various aspect such as differentiation, advertisement, distribution, collaborative strategies and many more. Differentiation strategy is defined as a marketing technique used by a manufacturer to establish a strong identity in a specific market. It also may be referred to as segmentation strategy. Using this strategy, a manufacturer will introduce different varieties of the same basic product under the same name into a particular product category and thus cover the range of products available in that category. There are several ways a firm can differentiate its’ products. We focused on two aspects of this; branding and cost leadership Coca-Cola has made an astonishing showing with regards to with not just connecting with the "new media era" group of audience, additionally the general population who tailed them previously. Coca-Cola has an official blog called Coca-Cola Conversations which is composed and upgraded by a man by the name of Phil Mooney, who has served as the student of history/filer for Coca-Cola throughout the previous 30 years. The blog contains a wide varieties of subjects, running from our part in popular culture to brand history to Coke collectibles. (Mooney, 2009). It connects with a wide assortment of crowds, and urges individuals to compose back and give their info, something Coke likely couldn't have gotten this far without. Other than a blog, Coke has an individual Twitter page for every product, a LinkedIn profile, a Facebook Fan page, and their individual gadget, CokeTag. CokeTag was discharged "in light of the fact that they trust that interfacing individuals and giving them an approach to share what makes a difference is one of the numerous things that characterizes The Coke Side of Life." (CokeTag, 2009).

This research adopts qualitative (descriptive) and quantitative market research methods using secondary sources. Market value of soft drinks in United States were identified followed by market share of leading carbonated soft drink companies in the states. Before it the expenditure pattern of consumer or buyer in alcoholic beverage were identified and data were run in SPSS on different variable heading such as age, region income class, education and so on. Similarly, how much Coca Cola and leading soft drinks brand spend on advertisement and promotion were compared and analyzed how these factors affect market share and revenue.

From the above two tables we can analyze and say Coca Cola spending was more earlier and change in the pattern followed by the various medium of resources used by Pepsi co.

Coca Cola is extremely successful as a worldwide beverage brand because of a universal line of consumer appeal. They have attacked the social media, blogs and other platforms with considerable penetration, which has urged the target audience to respond productively in the campaign. Smaller brands should emulate the same to reach the level of sales exhibited by Coca Cola in the fiscal years 2009-16. It is evident that Coca cola has valuable IT infrastructure to deal with the vast array of consumer-reaching strategies they have put into effect. It is indeed one of the largest expenditures of Coca cola, in the last decade. Development of Coke Tag has been one of the farthest-reaching strategies in the United States market. Coca Cola appeals differently to various communities. The data that was entered into the SPSS framework churned out results that showed the variation in the sales of beverage across various factors. The data shows that sales differentials are obtained with change in age, education level, region and income class. Nevertheless, the figures stand out way ahead of the competitors in terms of net sales and customer diversity.

To sustain its competitive edge, Coca Cola spends a colossal amount of its investments in advertisements. For promotion purpose, its expenditures have been above 500 million U.S Dollars every fiscal year for the last 7 years. The trends are rather erratic following the demand trends in the industry and the level of competition choking their sales in specific regions. The overall expenditures have dropped since 2010 and have observed minima in the fiscal year 2013. Therefore, to make a competitive analysis, the trends of competitor PepsiCo have been tabulated in the year 2013 across a array of advertisement media. The surveys and measurements and subsequent tabulation of the target data show the expenditure of PepsiCo in the year 2013. They have a net expenditure on advertisement that is greater than Coca Cola Corporation. PepsiCo spends about 65% of its money allocated for advertisements in the Television sector. This appeals to a huge crowd but the overall sales gap is not yet bridged. There is a big part of their advertisement expenditure that is unaccounted for in this research. However, the newspaper, Internet and broadcast media penetration is very low. This shows the imminent change in the pattern of advertisement to sustain the market share in pressure from the competition of Coca Cola.

Market share tabulation shows the sales and shares data of various popular beverage brands in the United States that have been considered in this research methodology. From 2004 until 2015, the market share of the U.S beverage market by carbonated soft drinks (CSD) leading the market have been collected. Coca Cola has a significant majority of the market over the other brands as it maintains a share of above the 41% mark throughout. The next closest competitor is PepsiCo. The Pepsi drink holds roughly 30% of the market in the United states with trends above and below the mean figure. Next in the competition comes Dr. Pepper followed by Cott, National beverages and the total contribution of the other smaller brands. Now, a trenchant analysis shows that the trends in market share of Coca Cola is random. It maintains a minimum of 41.9 percent of the market. The PepsiCo share, however, has an observable trend. The market share from 2004 until 2015 follows a monotonically decreasing figure. This does not tally with the amount of expenditure it has typically shown in the time period. In 2013, the PepsiCo market share is 27.7 whereas Coca Cola has acquisition of 42.4 % of the United States beverage market.  This shows that the expenditure on advertisement, promotion are only short term market strategies and does not guarantee imminent majority of the market share above another company who has monopoly over many other factors.

A limitation of this research is that the data is significantly insignificant to identify the market strategies implemented by Coke and how to implement them in the other industries. A clear differential cannot be obtained unless there is a trend in the expenditure profile of competitors like it has been surveyed for Coca Cola. Only then can the profiles be matched and the discrepancies can be identified. Further, environmental and other relevant factors have not been addressed. For instance, the brand value of Coca Cola has been developed through a lot of related aspects like philanthropic value, CSR, intelligent endorsement strategies etc. The surveys of unbiased consumers should be taken in order to assess the influence of such undertaking on the current sales. The research does not discuss any plan or blueprint to follow for implementing the same to other companies so that they can augment their sales to increase their market share. Some customers have no exclusive choice. They have no absolute preference and are loyal to both brands and also to none. These customers are not accounted for in the simple assignment of market share to the companies. The overlapping accounts for a majority of the market share.

Based on the findings of this research alone, it can be concluded that Coca Cola has impeded the United States consumer communities by devising separate promotional marketing strategies for separate groups of people. PepsiCo on the other hand has its advertisement funds separated on the basis of media. Although the second is deemed necessary, it does not prove as effective. Coca Cola has held on to a significant amount of market share which falls or rises by very modest percentages mimicking small changes in ad expenses. However, the trend is not absolutely transferrable in case of PepsiCo. They have recorded huge expenses in 2013 but market share does not respond in the same way. PepsiCo and the other minority shareholders needs to step into diverse platforms and make long-term strategy plans in order to appeal to more diverse communities through specific appeal structures. Other relevant brand value boosters might be implemented like CSR, public interest campaigns etc. so that their reputation is lifted.