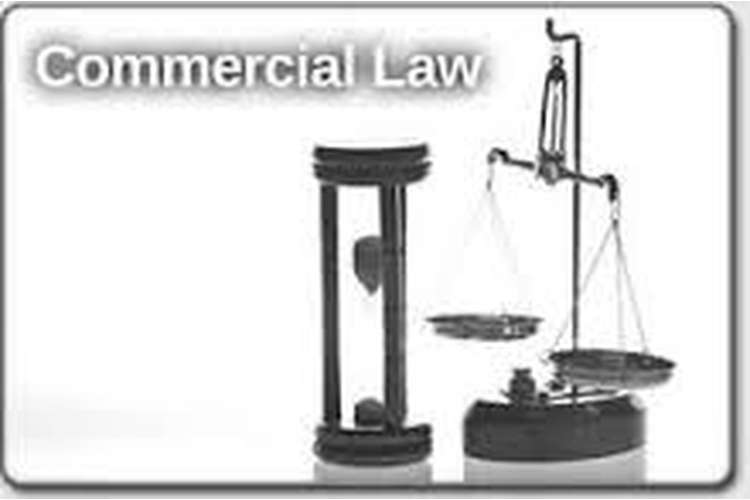 Analysis of the case study

These are the main seven issues that are raised and which are law applicable upon them are dealt independently.

Law applicable as per the issues Raised

The present issues as per the facts of the case deals with the law of contract of Australia and Australian Consumer Law.

All elements are equally important and no element can replace another.

Apart from offer, acceptance and consideration; one of the important element that is required to make a valid contract is that the parties to the contract must be capable to enter into contracts. A person who has a mental impairment or minor or bankrupts or corporations and prisoners are not allowed to enter into contracts on the basis of incapability.

But, when a person who is not the resident of Australia then there are three kinds of status that can be granted to such person, that is, Temporary Protection Visa (refugee visa), Bridging Visa and Community Detention. In the leading cases of Plaintiff M47/2012 v Director General of Security & Ors (2012) & Plaintiff S51/2011 v Minister for Immigration and Citizenship & Anor (2012) the status of a refugee in Australia is considered. Further, once a person is considered as refugee than the government has an obligation under its Article 17 of the Convention Relating to the Status of Refugees to grant such person all the rights that are granted to those persons who are foreign nationals.

Thus, if a person is holding a valid refugee visa then such person has full right to enter into contractual obligations like any other person. 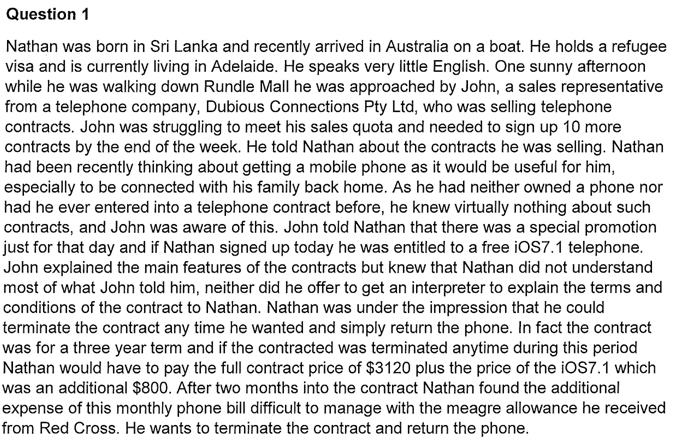 In the law of Contract, when a contract is formed amid the parties then they must have a legal intention to formulate such a contract. In order to convert an agreement into a contract the party’s must have legal intention. The scope of intention varies from relationship to relationship. For instance, it is presumed that parties in commercial relationship have legal intention and the same is not present in social relationship, however, this presumption is not static and can be rebutted if proved otherwise by the parties to the contract. In Australian European Finance v Sheehan (1993) it was specifically submitted by the court that parties who are in social relationship does not intend to enter into contract, however, in Cohen v Cohen  (1929) it was submitted that this presumption can be rebutted and parties in social relationship can enter into contract if they intend to abide by it. In the case of Cohen v Cohen the court held that the husband does not own any dress allowance towards the wife for the last 3 years prior to their separation which was promised by him prior their marriage as both the parties have no intention to abide by it legally. Though the court has not granted judgement in favour of wife but in today’s context the judgement could have been different if it can be proved that the parties are intending to abide by their actions legally.

But, there are situations where parties intend to enter into contracts but their intentions are attained by the other party not honestly rather is influenced under misrepresentations. In such situations the intention so attained is not pure and thus the contracts based on such misconceived intentions are not binding upon the parties. The contract was rightly established in Clasic International Pty Ltd v Lagos (2002) and it was held by the court that when one person influence the intention of another and makes representations that are not true then the intentions which are based on such misconceived representations is not valid in the law to form a valid contract.

Misrepresentation - When one party makes a statement of fact to another party then such statement is called representation. It is further submitted that parties are only bound by the statements or representation that are made prior to the contract formation and not after the formation of the contract. In the leading case of Ellul and Ellul v Oakes (1972), a house was sold by Oakes to Elul. This was done when the parties relied on the statement which was found in the form of an estate agent and the form was signed by Oakes. However, as per the form the property was not sewered. Damages were claimed by Ellul. It was held by the court that that statement that was made was not the part of contract and thus is not liable on the parties and thus Ellul cannot claim damage.

In contract law, misrepresentation is of three types. These are

When a party is found to enter into contract under misrepresentation then there are several remedies that can be availed by such innocent party. Such as:

At times the intention of the party can be obtained by another by causing undue influence. Undue influence takes place when one party misuses his position to influence the other party so that the actions of the other party cause benefit to the first party. The consent so achieved by the first party from the second party is not genuine and thus not valid. In Johnson v Buttress (1936), Johnson who was the appellant takes care of the deceased Buttress. The deceased was illiterate and was relied upon the appellant. The deceased transfer a property in the name of the appellant. After the death of the deceased her son challenged the decision. It was submitted by the court that the transfer of property was not valid  as the deceased was based on undue influence.

There are two situations under which undue influence takes place:

Unconscionable conduct is that conduct of the party under which the stronger party takes advantage of the weaker party because the weaker party is suffering from few special disabilities, such as, illiteracy, lack of education, age etc.). In the leading case of Commercial bank of Australia v Amadio (1983) it was specifically submitted that the contract that are based on unconscionable conduct are not valid in the eyes of law and can be rebutted by the exploited party.

Every party to the contract is allowed to include any kind of term in a contract, however, if any unusual contract term is made part of the contract then it is the duty of the person who is including such unusual term in the contract to bring such term within the notice of the other party. In the leading case of Thornton v Shoe Lane Parking Ltd (1971), the court has specifically submitted that the phone contracts are normally made for 2 years and if the party is intending to extend the duration then the same must be communicated to the other party otherwise the contract can be avoided by the innocent party on the account that unusual contract term is made part of the contract.

As per section 21 of the Australian Consumer Law specifically submits that no unconscionable conduct must be carried out by one party to another when providing good and if the same is done then the contract can be avoided on such ground.

As per section 18 of the Australian Consumer Law avoids any deceptive or misleading conduct and the same is done then the contract can be avoided on such ground. Thus this is the applicable laws that guides the raised issues. Now, these laws are applied on the given facts.

Application of the law on the facts

As per the given facts and circumstances, Nathan arrived Australia on boat from Sri Lanka. He holds a refugee visa. He was approached by John, sales representative of Dubious Connections Pty Ltd . John tries to sell a telephone contract to Nathan. Nathan wishes to buy a telephone but has no idea regarding the same. John was aware of the fact that Nathan has no knowledge regarding the telephone contracts. John told Nathan that if he buys the telephone today then he is eligible for iOS7 telephone. John explained the features of the telephone to Nathan but was aware that Nathan is not able to understand them. Nathan was of the view that if he wishes to cancel the contract then he can do so anytime but the contract was for 3 years and if Nathan terminates the contract prior to that then he has to return the telephone along with iOS 7. After 2 months Nathan wish to terminate the contract and return the phone.

It is submitted that Nathan was a refugee in Australia; however, he is allowed to enter into contract as he was holding a valid refugee visa and the government of Australia has an obligation under its Article 17 of the Convention Relating to the Status of Refugees to grant such person all the rights that are granted to those persons who are foreign nationals.

It is further submitted that Nathan was willing to enter into contract to buy the telephone, thus, he has full legal intention to enter into a valid contract with John.

However, the intention of Nathan was perceived by the misrepresentations, undue influence, unconscionable conduct by John. There are several statements made by John to Nathan prior to the establishment of contract and he was aware than Nathan is unable to understand most of them. However, he misrepresented the statements; caused his undue influence over him by using his position and conducted unconscionable conduct by taking advantage of his illiteracy (he does not understand English).

Further, John was also aware that Nathan has no knowledge regarding telephone contracts. John also misrepresented that the contract can be cancelled at any time which was not the case. Rather, he incorporated unusual term which was not communicated to Nathan. Also, he exploited section 18 and 21 of the Australian consumer Law.

Thus, there was total misrepresentation, undue influence, unconscionable conduct, incorporation of unusual contract terms, violation of section 18 and 21 of the Australian Consumer Law that was conducted by John over Nathan. Further, John also influenced his position to influence the decision of Nathan as Nathan was totally relying on John to understand the telephone contract as he has no knowledge regarding the same. Thus, Nathan has full right to terminate the said contract and claim damages.