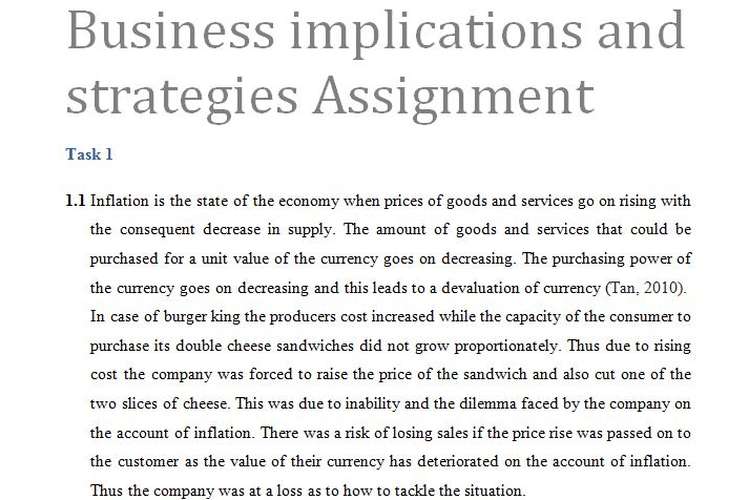 1.1 Inflation is the state of the economy when prices of goods and services go on rising with the consequent decrease in supply. The amount of goods and services that could be purchased for a unit value of the currency goes on decreasing. The purchasing power of the currency goes on decreasing and this leads to a devaluation of currency (Tan, 2010).  In case of burger king the producers cost increased while the capacity of the consumer to purchase its double cheese sandwiches did not grow proportionately. Thus due to rising cost the company was forced to raise the price of the sandwich and also cut one of the two slices of cheese. This was due to inability and the dilemma faced by the company on the account of inflation. There was a risk of losing sales if the price rise was passed on to the customer as the value of their currency has deteriorated on the account of inflation. Thus the company was at a loss as to how to tackle the situation.

1.2 The interest rate has a double effect on the sentiments of both the firms and the consumers. When the interest rate is increased as in the case of  Sak Strandbag not only does the company suffers as it has to pay higher amount of EMIs on servicing the loans and hence having no option but slow down the production. The company had earlier received a tremendous response to its handbags which was an instant hit with the customers (Levy & Newell, 2005). When the company first started operations it was able to receive funding from banks as the interest rate was low. But now when it wants to expand the production line to belts, footwear etc the interest rates has been raised to 10%. Thus means that it has to pay higher amount of interest on the purchase of equipments and other resources that it requires to expand the production line. The other side of the story is that the with rising interest rates the consumers would have to shell out more money on the big loans that they have taken like houses and cars. This would make them cut back on spending on luxury items like the handbags and footwear that the company is thinking of introducing in the market. Thus the implication of the rising interest rates means that both the consumers and the firms had to cut back on spending and curtailing growth.

1.3 The expansions plans of Max Hamburger to New Zealand are affected by the youth unemployment prevailing in that country in the present time. Educated youths have found little in the way of meaningful employment that engages the skills that they have acquired in the colleges and university. Due to lack of jobs the youth have been demoralised and this has affected their morale (Loorbach, et al.2010). Their work culture and attitude towards work had deteriorated due to working on relatively unskilled jobs that do not do justice to their educational qualifications. Thus the company may not find suitable people to work in its outlets and the implication of this is that they may not be able to sustain their expansion plans in New Zealand.

1.4 The Salvador Kiwi Food and Beverage has a good opportunity for investment spending in the Mediterranean food business since it had offered better quality of food than was earlier available and it had received a positive response from the public who are mainly the middle to upper class of society. It has begun to offer gourmet coffee along with the Mediterranean food that had received a warm response from the customers. Thus with the high population of Auckland it has enough room for growth as it had been doing very well in the food business (DeYoung & Rice, 2004).

1.5 There is a key role played by business confidence in the success of the women life style magazine Pink. The idea behind Pink is the empowerment of women that projects the work capabilities of women and also their feminine attributes. It has gained the confidence of the people as it has raised 5 million through advertisements. The magazine has gained the confidence of the buyers as well as the advertisers which is very necessary to sustain its operations.

1.7
1.7.1 For small businesses like Wing zone the starting capital is very much required since it is a start up company which has just started from scratch. It needs funds to buy equipment, office space and also to pay the salaries of its employees before the business breaks even and becomes profitable (Tan, 2010). The main source of credit is the bank but they consult the credit bureaus to look into the credit history of the clients. But the new companies who have started from scratch do not have sufficient information regarding their credit history and as a result the lenders are reluctant to lend them money taking into account the risk associated with such ventures.

1.7.2 The gross domestic product of New Zealand has increased and this has occurred mainly in the manufacturing sector. But the GDP in the service sector has actually shrunk by 2.5%. This is very important in the context of Wing zone since it is a company operating in the service sector. If the service sector growth fails to pick up then the restaurant business could go bust resulting in the loss of money. Thus the company should look at the GDP growth rate figures issued by the government and then take a decision whether or not to go ahead with the expansion plans by investing a large amount of money (DeYoung & Rice, 2004).

2.1 The baby boomers had a taste for wine after the boom in the economy after the World War II. This success continued with the following generations in which the children of the baby boomers also began to acquire a taste for drinking. But they loved beer more than wine and this is where the Boston Beer company came into the picture. The economy continued to grow as the children of the baby boomers grew up and they had access to high levels of disposable income (Loorbach et al.2010). They could afford to spend large amounts of money for tasting premium quality beer. The amount of disposable income of the younger population of a country determines to what extent it can afford to spend on luxury items and goods of fancy. 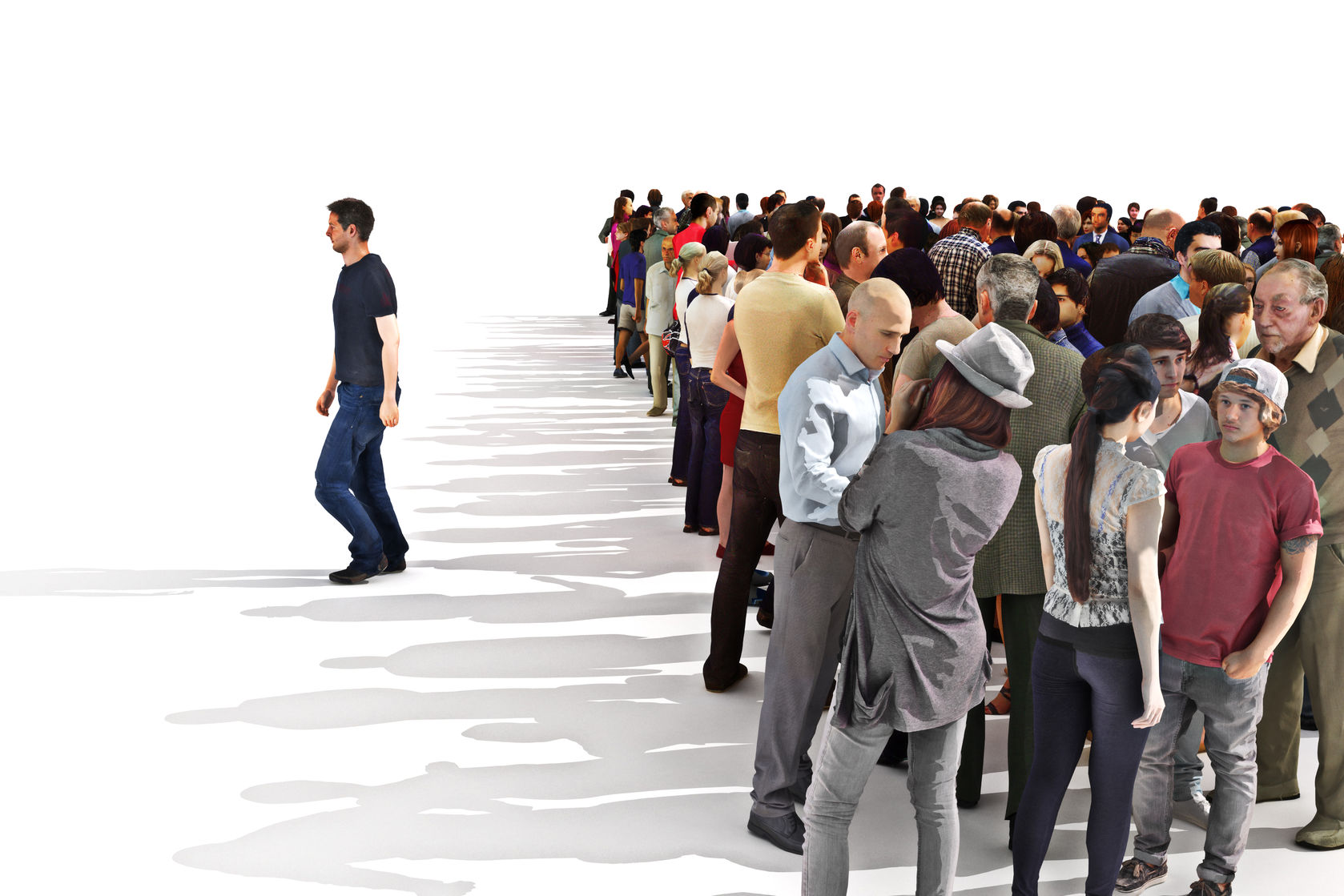 It is important for Boston Beer Company to study the consumer behaviour and the buying patterns of the consumers. It has been found in the survey that about 37% of the wine drinkers asked the retailer for recommendations. Hence the marketing department of the company has to hold a workshop for retailers so as to educate them about the good qualities of each type of beer with the hope they pass on the information to the client (Levy & Newell, 2005).. Also it has been noticed that the consumers do not pay much attention to the brand of drink than on the type. In this way the Boston Beer company can design its marketing strategy based on the inputs of the business/industry surveys.

The implications of iwi, whanau and hapu are that they try to offer the natural ingredients to the foods as the traditional Maori people of New Zealand do. These people believe that the safest foods are the organic food as the constituents of such foods are found freely in nature. They lay stress on the spiritual value of food and also press for the rights of the indigenous Maori people. They want to preserve their culture and the way of life of the Maori people (Tan, 2010). The issues of sustainability and environmental balance are the key features of operation in the business. Unless they maintain and preserve the Maori culture it Biofarm products would lose its attraction for the customers with the result the business operations could no longer be sustained.

5.1 The first step in solving the business problem is to put the problem into proper perspective and defining the problem on the basis of the existing business conditions. One needs to have clarity of the big picture before he jumps to find the appropriate solution (Loorbach, et al.2010). The next stage is to look at the facts and then having a closer look at all the resources that are available with the business to find the solution. The key point at this stage is to look at the problem from all angles and carefully studying its impact on the business. The next step is to identify a solution and then make a decision after taking into consideration all the outcomes.

5.2.1 Break Even:this is very critical as the business needs to become profitable after a certain gestation period. Thus break even analysis is required in the initial stages of business to take note of the critical parameters like break even volume and profit

5.2.2 Decision tree:This is a pictorial representation of the business action plan that allow the management to weigh the pros and cons of each decision after examining each of the decisions ability to produce the desired outcome (Kitching et al.2009).

5.2.3 Payoff approach: The pay back approach helps to plan the viability of undertaking a business project after considering the financial yield of the project after a certain period of time

5.2.5 Group decision making: this is the process in each multiple people and experts are consulted before taking a decision.

5.2.6 Cultural consensus method:  this involves taking into account the cultural dimensions of the business.

5.3.2 For Asian owned business it is essential to make the business attractive and result oriented.

5.4.1 For owners who create problems for themselves it may be required to select a different and more able team of leadership who might steer the business to profitability. Also the owners could be made to attend management workshops where they can learn about efficient ways of running the business.

5.4.2 This problem could be tackled by formulating realistic and controlled growth strategies. Conducting a proper market study may be needed to ascertain the growth prospects (Applegate, et al.2007).

5.4.3 This problem could be solved by hiring efficient and talented managers who had experience in running the business. Proper utilisation of resources is the key thing to keep in mind over here.

5.4.4 The management should have a good level of understanding and must cooperate with each other in all aspects of running the business. Disputes should be sorted out amicably.

5.4.5 Once the market gets saturated different markets or product diversification may be chosen.