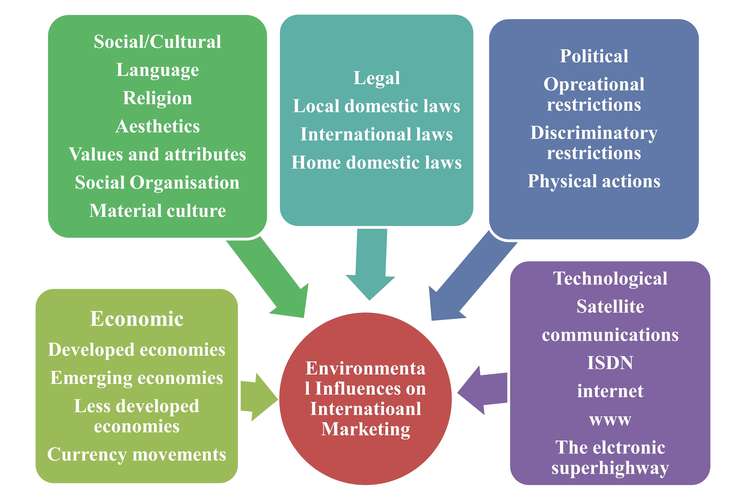 The strategy of Airbus has evolved significantly over the last decade. The organization was small in the late 1990s. McDonnell Company and Boeing who were producing most of the aircraft worldwide dominated the market. The initial strategy of Airbus was to acquire a high market share through the aggressive targeting of the many routes that were short. The strategy would see the use of cheap and small aircraft that were suited to the requirements of the highly growing low-cost carriers at the time (Barmeyer & Mayrhofer 2014, p. 430).

To pursue international growth opportunities, Airbus has formed a strategic alliance with the Defense Science and Technology Organization (DSTO). The alliance will enable the collaboration between Airbus and DSTO in the aircraft systems for defense and communication. The strategy will initially be focused on the maximization of the ADF aerospace fleets capability throughout the life that the company would serve, and the improvement of the capability of communication. The non-strategic alliance which would run for a ten-year period will be of benefit as it will support rotary wing assets. The strategy will also present opportunities for DSTO in accessing the facilities and capabilities of Airbus. In addition, the strategic alliance would strengthen the aerospace capabilities of ADF. The company’s market portfolio will be diversified which will boost its market exposure (Cansino & Román 2017, p. 117).

In addition, Airbus has partnered with China on the A380 to create a joint venture under the agreement that the country purchases the world’s largest passenger jet from Airbus. Unless Airbus wins new customers through international growth to access new markets, the future of the world’s largest passenger jet is in doubt. Airbus also increased production at its final assembly line of Tianjin where it has increased its production of the A320 single-aisle aircraft to five a month.

Furthermore, Airbus Group has collaborated with Routehappy, a move that will encourage international travelers in making bookings on the basis of cabin quality rather than fares. Routehappy and Airbus Group will work with airline customers for the creation of targeted and compelling merchandizing content that will display features of the cabin including jet lag mitigating ambient lighting, connectivity, in-flight entertainment, personal space, and seat width. The aspect has been fueled by flyers who need better information in navigating the options that are ever-changing, with the industry needing a platform to assist them in displaying the products they offer. The alliance has provided Airlines an added incentive for the creation and distribution of content that is rich and is becoming a key feature in how customers shop for flights.

The business strategy of Airbus has seen the company cut more than 80% of its suppliers, a move aimed at reducing the suppliers to 500 from the initial 3000 over 3 years, thus reducing their material costs by 1 billion dollars (Greitemeier et al. 2015, p. 169). Airbus has built an integrated customer support as part of its international growth strategy, instead of being a standalone business unit. The strategy has made Airbus Group airplanes more attractive in international markets. The company has created e-solutions for maintenance which is a network of Maintenance, Repair and Overhaul (MRO) providers.

Airbus has implemented various diversification strategies which include positioning, targeting, segmentation, restructuring, mergers, and acquisitions in order to achieve rapid international growth. The organization has implemented various segmentation strategies including psychographic, geographic, and demographic strategies so as to respond to the demands of customers from different nations. The organization uses the selective targeting strategy since various sets of customers have been segmented to be serviced by its different aircraft. Airbus has positioned itself as an airline carrier which offers aircraft which are value-based, aesthetically designed, technologically advanced, safe and secure.

To promote its international growth strategies, Airbus Group has a strong multinational structure which has assisted the organization in surviving in diverse markets. The organization uses the complex integration business strategy which consists of specialization in regards to the existent technology and workforce capabilities in the local market. As a result, all subsidiaries have solely been able to perform a certain function or they can collaborate with Airbus. Constant flows between Airbus and the subsidiaries have led to the insignificance of the status difference. Therefore, the company resembles a network thus the organization’s total performance is depended on the results of all subsidiaries

Airbus Group began a consortium of manufacturers of international aerospace at various points in some previous years which many thought it would fail. In 2001, Airbus Group formulated and implemented ownership strategies which saw the structure of the company becoming consolidated through the ownership of the British Aerospace and defense company BAE Systems and the Franco-German group EADS. In 2006, the British sold out although the governments of Spain, Germany, and France continued to, directly and indirectly, own stakes. Wrangling between the diverse owners which included manufacturing locations and over-engine choices were meant to overshadow the achievements of Felix Kracht and Roger Beteille, who are pioneers of the company. Airbus Group controlled 50 percent of the market for commercial aircraft worldwide within 25 years (Slocombe 2014, p. 28). The company became the largest supplier globally in 2003 measured by the deliveries of planes thus beating its main competitor, Boeing. In addition, the company makes the largest passenger aircraft globally, has the best-selling jetliner aircraft range ever, and manufacturers the most advanced plane for military transport. In 2013, Airbus Group had a backlog of 5000 not-yet-delivered planes, had received $240 billion in orders, and delivered more than 600 aircraft (Plötner 2018, p. 36).

Airbus Group has been keen on the corporate social responsibility debate which is focused on the organization. Airbus Group is committed to foster innovation in becoming an international enterprise which is eco-efficient. The organization has been striving to achieve the introduction of the philosophy of management and to fully integrate it within the business and turn it into a culture of the company. Airbus Group is making use of innovation to find the solutions to today’s issues which are most critical, including the evolution to a low-carbon economy, the security of nation-states, and sustainable mobility

According to Mocenco and Dudian (2015, p. 57), the operations process strategy of Airbus Group can be characterized clearly as a job process. Although the majority of the organization's aircraft are similar and use the same techniques for manufacturing, they are so large. The aspect makes it physically impossible to see the manufacturing process plan to be anything more than a job process through the analysis using specific operating process models. The manufacture of the A380 superjumbo aircraft is a very specific operation and significant engineering that specific operations are required for various operations and areas, for example, the upper wing skin panels (Richter and Witt 2017, p. 7). The aspect has been caused by the vast scale of the manufacturing process used to shape the skin of the plane’s wing thus each skin has to be separately tooled and formed to ensure it meets the modern airliner’s rigorous requirements. In addition, while the operations process of the company strongly resembles the process of a job, the company is still aimed at integrating and maximizing efficiency through the adoption of other processes of operations and the use of more modern techniques for production where possible.

Airbus Group has recently completed a major research project which has led to a high level of automated drilling within the organization. Precisely, Airbus Group has ventured into the development of robotic platforms which are of low cost and can be used in some manufacturing process to turn the job process into more of a mass production process or a batch process. The organization has manufactured machining robots for horizontal spindle capable of producing airplanes’ structural ribs in a faster and efficient manner as compared to a pure job process. The aspect has resulted in Airbus Group manufacturing the ribs of its planes efficiently and quickly thus turning part of the manufacturing process into a process of mass production. The remaining part of the project is completed in a more traditional job process manner.

The paper has demonstrated that Airbus Group has developed and implemented global market expansion strategies which are well structured. The strategies are critical to Airbus Group as they have assisted to develop, build, market and produce large and complex aircraft. Air transport continues to change throughout the world in order to respond to market challenges and opportunities. The dynamic international growth of air travel and the new airline business models in the emerging economies are diversifying for airplane demand throughout the world. Although there was a global decline in air transport in 2009, there were still many business models and markets which experienced growth.

To survive the rapid competition and expand operations to other countries, Airbus Group should consider investing more in implementing innovation and differentiation strategies. The strategies will provide unique products in the market with high customer satisfaction as compared to competitors. Furthermore, the company should add more professionals in research and development for innovation of new products and identification of what customers need to remain loyal to the company.