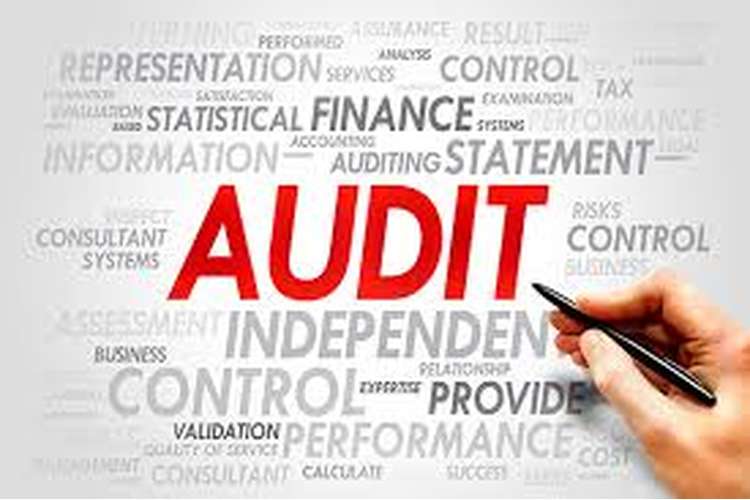 The vast work by Sir Thomas Browne disproves the errors of his age, Pseudodoxia Epidemica which was first emerged in the year 1646. And then came into five editions in which the last one came in 1672 which was then named as Vulgar Errors. It contains the proofs of the Baconian method of nature and its properties. There were three determinants of observing the truth in his version in which the first one is the responsibility of the past authors, the second one is the act of the reason and the third one is experimental activities (Pseudodoxia Epidemica, 2009).

In the earlier times, auditing was associated with the verification of the financial books of the companies in order to conduct tests and issue the fair and true opinion about the financial statements of the company. Thus, audit was about the internal controls and procedures followed in the company and also the recorded figures in the financial books, whether they are correct and true or are recorded to do misguide the investors. It was to be checked that whether any fraud is committed in the firm or not which disrupts the accounting position of the companies. Auditing is easier for smaller firms but more complicated in case of bigger firms.

The concept of auditing has changed in recent years and its methods and modes are also changing according to the change in the objectives of auditing and the operations and methods of businesses. The traditional concept of auditing includes Vouching which says that every transaction is physically verified by the auditor which consumes much time and efforts. Auditor is responsible for analysing the different scenarios in the companies and tries to complete the process of Audit with the maximum effectiveness. The auditor has to be analytical. Mere recording and calculating figures will not serve the purpose but he will have to use the figures for analysis and then draw the conclusions on the financial position of the companies (Pickett, 2011).

The modern auditing system can be referred as to the modification of the older auditing system. Modern audit techniques are more efficient and effective which are capable of taking out much effective results and in giving more appropriate opinion on the financial statements of the business. Modern accounting systems involve powerful database structures, Information Technology software’s and more secured audit trails. The switch from the traditional to modern systems of Auditing is necessary as the nature of businesses is dynamic with the constant changing environment and with the significant increase in the volume of transactions of business. Modern auditing involves careful planning and efficient professionals who needs modern infrastructural facilities like Information Technology (Pickett, 2011).

The quote “Trust takes years to build, seconds to break, and forever to fix” says that trust is the most valuable asset in life which is built when there is loyalty among people for longer periods of time. It takes much time and efforts for building trust but trust is broken within seconds. Same applies to the auditor management relationship. There should be a healthy and appropriate relationship between auditors and the businesses which can bring trust between them. A strong relationship will bring credibility to the business which will also maintain the trust of investors in the business.  A trust is to be established first which maintains the foundation of the business and building trust is an important step which serves as a base for all the future dealings between the auditor and the management. Trust is not build up with the effort of one party; both the parties need to e involved and put their efforts in order to make trust between them. The management and audit committee can build trust between them by discussing the matters and issues with each other. The management should disclose the numbers and issues to the auditors and the auditors should also help the management by suggesting the solutions (Rennie, et al., 2010).

Both should maintain clear and healthy communication in order to avoid the misunderstandings and misinterprets of the reports and findings. The discussions between both the parties can minimize the clashes between the two. Also, at some places the management should give space to the audit committee and same applies to the audit committee. Both should concentrate in their own work instead of interrupting each other. This builds respect and loyalty between each other and this will let the auditors to do their independent analysis of the books of the company. This will help in establishing the long term relationships between the management and the auditors.

It is seen that low levels of trust is destroying the relationships between the management and the auditors in most of the companies. There are some communication gaps which creates the issues between both the parties. A trust equation is given by David Maister and according to him Trust is what is equal to the sum of Credibility, Reliability and Intimacy divided by Self Orientation. The management should support the auditor in order to avoid the issues and the auditors should also behave properly with the managers. When people began to respect each other, trust is established which leads to cooperation, integration of efforts and respect for each other. In this case, management and auditors makes right decisions and value each other highly (Heyrani,et al.,  2016).

Martin Shkreli  was a pharmaceutical executive of Turing Pharmaceuticals and an entrepreneur in America. He is the cofounder of many firms but he is now the most hated man in the country because he raised the price of a drug named Daraprim by 5556 percent i.e. from $13.6 to $750 per tablet. Because of this case, he got arrested in December 2015 by FBI. Just after the case, he resigned from the company. He has also been called by many names like “scumbag” or “Garbage monster” by the people because of his fraudulent activities (Smythe & Geiger, 2015).

Martin Shkreli hired the same auditor which he hired for the previous company in which he worked and that company sued him for  the fraud. He was accused of hedging the funds of the investors and misled them to cover his losses. He is arrested as he was repeatedly losing money of the investors and did not disclose the truth to them. The person was illegally using the assets of the shareholders and the investors to pay out his personal debts. This shows that that the owner of the company or any person cannot use the assets or property of the investors  for the personal use. According to the Robert Capers, U.S. attorney, Martin Shkreli   used every prior company to pay off the investors of the subsequent company. This man cheated on the shareholders and every prior company he worked in but according to Martin Shkreli   he done this to maximize the profits for his investors (Luckerson, 2015).

The story of Martin Shkreli   tells us that he cheated the investors in the name of maximisation of profits and he also lied about having an independent auditor. He told the investors that MSMB has assets valuing $35 million and under the independent auditors which were not true and at this time he lost $700000 and the total balance in MSMB Capital left was $700 which means he was in 99.9% loss. He was concealing the truth from the investors and was keeping them in the dark. According to the spokesperson of the company Turing Pharmaceuticals, the prices of the medicine or drug were hiked as the company needed funds for carrying on its research on Toxoplasmosis and for a new education program for the same diseases. According to Martin Shkreli , the decision of hiking the prices was great because it is for the benefit of their shareholders (Luckerson, 2015).

Kalobios is a small company of Biotech in California and it starts falling when its 1.2 million shares  were bought by Martin Shkreli. This shows that the firms also collapse when they get engaged with the fraud. The whole story says that the company betraying or cheating the shareholders cannot function further once it is caught. The auditors must be there to check the fraud in which company is getting involved or to track the activities which are leading the company towards the fraud.

The quote “If I had eight hours to chop down a tree, I’d spend six hours sharpening my ax” means that the people should spend more time in preparation rather than doing it first. Without sharpening the skills or preparing for any task, the task may not be completed successfully. It means that one should work smarter and spend most of the time in finding the best way to do the work which makes him prepared for the work. According to the principles of Auditing, there are some basic responsibilities of the Auditor which he has to follow before starting the audit or while doing audit. According to these principles, the audit should be performed after the proper preparation and study of the basic concepts and working of the organisation. The people should be trained and experienced  for  performing an audit and for preparing the report of an audit. Proper preparation before conducting and audit will make the audit reports unbiased and unambiguous (Etheridge, 2011).

Planning is another important principle of Audit which says that  auditor should plan their work before conducting it so that the work can be conducted effectively and timely. Plans  are made by the auditor by analysing the information of the client and the knowledge available. The plans are developed and are updated and revised according to the needs of the situations while performing  and audit. An auditor should discuss the team policies and procedures with the whole team which would help the team to understand the plan procedures and all the compliance issues which could occur. These preparations make an audit team capable to identify the risks and follow the plan as made. Healthy communication is required for making the plan successful for the audit and to conduct audit as per the plans made (Etheridge, 2011).

Fieldwork is an important activity which helps an auditor and his team to understand the plans and procedures of the company which help them in meeting the responsibilities easily and in the reduction of the barriers. It involves the discussion of the financial statements of the company and the discussion about the footnotes. The planning of auditing serves as a road map for the auditors to conduct audit activities smoothly. Proper audit planning ensures the success of the audit. It ensures that the problems or faults will be identified and the report will  be completed on a timely manner. It is the blueprint which helps in allocation of work properly among the audit team members

Audit planning helps in obtaining required proofs and evidences which helps in solving the certain situations while performing and audit. Proper preparation also reduces the costs to a certain level. It develops an understanding with the client which prevents from the occurrence of misunderstandings between the audit team and the management/ client. It helps in understanding the client which ultimately makes the whole audit process easier. For doing proper planning, an auditor has to collect the knowledge of client’s business at first and then develop the strategies of audit and make the blueprint for the whole audit plan. At last the strategies are implemented (Radulescu, 2012).

From this discussion, it is clear that an auditor should devote most of the time for planning and then should conduct audit so that the audit can be conducted successfully without hampering the quality of the report.

Heyrani, F., Banimahd, B. & Roudposhti, F.R. 2016, "Investigation of the Effect of Auditors’ Professionalism Levels on their Judgment to Resolve the Conflict between Auditor and Management", Procedia Economics and Finance, vol. 36, pp. 177-188.