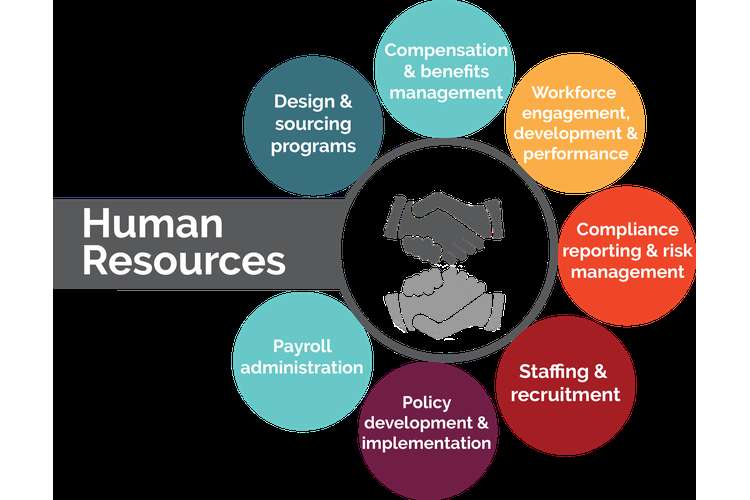 A1. In this particular case, where the team member has shared a secret information with the other employee, it is very important to teach a lesson to him/her despite leaving the employee with a simple warning because if no strict action will be taken then s/he can repeat the same mistake again. When the team leader will not take any strict action, the other employees may also try to commit the same mistake because they have an impression that this type of mistake is not taken seriously and no one will take any action against them i.e. they are safe and secure.

The response of the employee to his/her mistake is that it was a silly mistake which shows that s/he is not guilty of doing something which was wrong on the part of a responsible employee and is against the policy of the organization. This light and easy behaviour of the employee can influence other employees also and they might think that if they commit any mistake they will also be saved by giving the excuse of a silly mistake to the managers.

This situation is handled lightly will hamper the image of company’s policies because the employees will not take the policies of the company seriously and will take them lightly, they can also try to hamper other policies of the company because of the impression that no strict action is taken for the employee who hampers the company policy. The same employee who committed the mistake can also try to commit more mistakes in future thinking that no action will be taken against him/her.

The employee has not only a first time warning and it seems that s/he is not taking it seriously which means that s/he can repeat the same mistake again and will not even hesitate before doing the same mistake again. Giving only the first warning hampers the image of the organization, employees will think that the managers take things lightly and they can do whatever they feel like, this attitude will create the bad image for the organization in the market as well as amongst the working staff of the organization.

To solve the problem and to ensure that this type of mistake is not repeated again by the employee, a strict warning that too in written form must be given to the employee, so that s/he thinks twice before doing the same thing. A strict written warning will also keep the other employees in control and they will also be alert that if they commit such a mistake then they will also have to bear the consequences of the mistake.

An oral warning is soon forgotten therefore the best way is to give a written warning for these types of mistakes. A warning in the written form can be saved for future references also, suppose the same employee commits other mistakes then s/he can be shown the written warning of the earlier mistake committed by him/her.  The written warning will set an example for other employees also and they will also not misbehave or commit any mistake.

A2. In this situation where a new employee leaks his/her salary to another employee, the Human resource department should try to solve the matter very patiently because this is a very common problem amongst the employees that they share their salaries with their friends or teammates.

After she has stopped crying, I will explain to her that she is a very important part of the organization and is very efficient and talented, the organization must not lose such an employee. I will give a sort of assurance to her that she should not think negatively and must wait for the next appraisal, maybe her wish is granted in the next appraisal.

Once she is satisfied with this I will explain to her that the salary of the person is finalized by looking at his/her educational qualification (academic and well as professional), college or university, total work experience and caliber, so the salary of all the employees are different from one another there is no point in comparing that and discussing salary is against the norms of the organization. As an old employee, she must have stopped the new employee for sharing her salary because Jill knows that is against the company’s policy and must have stopped the discussion on the salary of the employees.

After this I will call the new employee (Jack) separately and will explain his/her that the salary of the employees are kept a secret and discussing it is not considered ethical and it is responsibility of the employee to maintain this secret otherwise a strict action will be taken against his/her who so  ever commits the mistake. I think in this case only explaining and giving an oral warning is not enough for a new employee to learn a lesson on maintaining secrecy on the part of a salary. Therefore I will give a written warning to the new employee that s/he should not discuss his/her salary with other employees because this is against the policy of the organization and if such a mistake is committed again then strict action will be taken against his/her. A written warning will keep the employee alert and s/he will not repeat the same mistake. I selected giving a written warning because that can be kept for future references plus it can be shown to other employees if they also commit such a mistake.

At the end, I will send an official e-mail to all the employees that will have the policies of the company so that all are alert about them and they all can go through the policies again. After a couple of days, I will have a conversation with Jill also to find out if she is satisfied or not.

Honesty- I am honest in doing my work and do not hide or change any type of information with the managers or leaders of the organization. I do not take the path of dishonesty for my favour or for my benefit.

Work on time- Whatever work is given to me I try my level best to finish it up on time, along with that my work is always efficient i.e. it is according to the set standards of the work given. None of my manager or leader is having any complaint regarding the quality of my work.

Helping others- It is my duty as an employee of the organization to help other employees in performing their work, helping nature of employees makes it convenient for the organization also because the managers don’t have to give their important time in explaining small things to all the employees.

Represents the company- I represent my company in a proud manner whenever I go to any workshop or training outside the organization. I have never spoken harsh words against the organization.

Respect organization policies- I respect all the policies of the organization and has never hampered any of them.

Maintains secrecy- I have never disclosed any secret and important information about the organization to anyone, in and out of the company.

A4. The given statement is true to an extent because every employee is having his/her own personal life and the employer must not interfere in it. Interference of the employer in employee’s life can be harmful to the organization in the following ways:

1. It can disturb the privacy of the employee and s/he will remain disturbed at work which will hamper the efficiency of work because if the person is not emotionally balanced s/he cannot perform the work in the required manner. Mental peace is required for every person to perform any task efficiently.

3. The interest of employer should be on the efficiency of the work performed by the employee, not on his/her personal life.

4.Extra or too much interference can hamper the relation of an employee and the employer which can result in low efficiency or low quality of work.

Another example in which the employer has to interfere in the life of the employee is, suppose the employee has gone for watching a match and there s/he is seen throwing bottles and empty packets on others, this unethical behaviour also hampers the image of the organization.

Employer’s interference is also required in extreme cases because gradually the misbehaviour and unethical behaviour of the employee outside the organization can come in his/her professional life also. Therefore I want to say that every employee should try to behave properly in both professional as well as personal lives to enjoy a healthy and peaceful life.

1. Yes, the employee (MrTimothy Presbury) misbehaved and breached the code of conduct of the organization because

a. He stopped the company vehicle at a liquor shop.
b. He also gave the keys to the official vehicle and the mobile phone to Mr Loy who was drunk.
c. The beer was consumed in the company vehicle.
d. He threw empty bottles on the road signs when the vehicle was moving.
e. He has not stopped the other employees from consuming alcohol.

All these actions are not desirable on a part of an employee and are against the norms of the company and an action must be taken against him to teach him a lesson. MrTimothy Presbury has not consumed alcohol in the company vehicle but he must have tried to avoid this situation by not stopping at the liquor shop.

2. MrTimothy Presbury was terminated from his job because of his unethical behaviour outside the organization.

He has not acted as a responsible employee, first, he stopped at a liquor shop with other employees instead he must have stopped them also in doing so. Secondly, he gave the keys to Mr Loy who was not in his senses i.e. he was drunk and could not take care of the company vehicle. He also gave the mobile phone of the company to Mr Loy.

Another reason for his termination was that he threw empty bottles on the road signs and that too when the vehicle was moving. All these activities portray an unethical behaviour of Mr Timothy Presbury which was not in the organization but had affected the image of the organization behaviour.

3. The commission did not support the termination of MrTimothy Presbury because they thought that terminating him is too rude because he has not consumed alcohol in the company vehicle and he was also not aware that the other fellow members wanted to consume the same in the company vehicle. His fault was that he could have stopped these activities by explaining others and stopping them from doing so. He gave the keys of the company vehicle and the mobile phone to Mr Loy because Mr Loy was misbehaving and shouting, in this situation MrTimothy Presbury thought that others will get disturbed so he gave both the things to Mr Loy and unknowingly committed a mistake.

4. The case of MrTimothy Presbury plays an important role in teaching us that we as a responsible employee of an organization must behave in an ethical manner not only in the organization but also outside the organization because our misbehavior or even helping others in misbehaving can give us a bitter result(termination of job) and can also  hamper the life or job of other employees who are with us. It also teaches us that it is not acceptable that you have not done something wrong, but you should also not be a part of anything wrong and must stop others from doing so. Therefore we can say that every employee should follow the rules of the company and must never behave unethically in any situation weather s/he is in the organization or outside the organization.