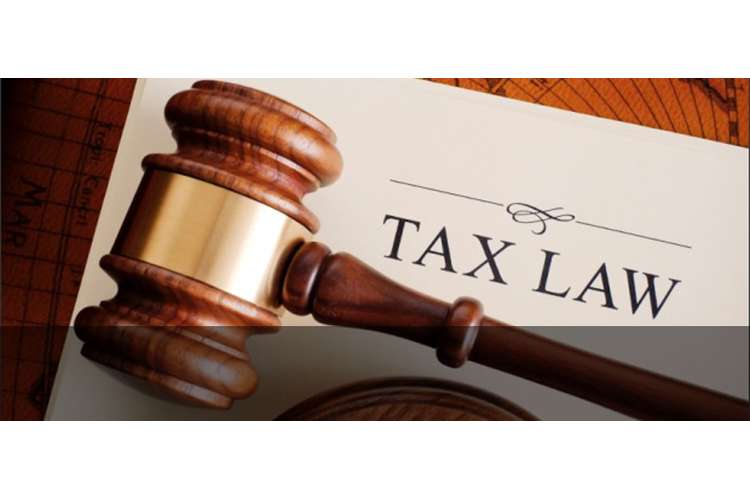 In this case, the concerned taxpayer (Seppo Kael) was working for a building constructing company (Nordic Building Group Pty Ltd). The taxpayer Kael had filed the income tax returns for the financial year 2012 and 2013. It hadbeen found that the claims made by the taxpayer were not correct and hence, the Tax Commissioner decided to conduct an audit for the filed tax statement. The Commissioner also informed Kael regarding the same. Tax commissioner was in disagreement regarding the deductions which were claimed by Kael for the work related expenses under the section 8(1) of Income Tax Assessment Act 1997. The imperative aspect related to this was the claim for the food expenses which had incurred during the overtime social work on the part of the taxpayer. In between the audit process only, taxpayer Kael decided to make revision on the claims amount. In this regards, he had increased the claim amount for the work related expenses and reduced the travel expense by a significant amount for both the financial year (ATO, 2017a).

At the end of December, 2014 audit regarding the tax returns was finished and it was observed that taxpayer Kael had over claimed the work related expenses even though the expenses related to his work were quite insignificant. Therefore, Tax Commissioner had reduced the overall claims of taxpayer especially for the expenses, which he claimed for the work purposes. Within one year after finishing the audit, a final notice was sent to the taxpayer regarding the tax returns and it was stated that the taxpayer had claimed high amount of deduction as compared with the real amount and therefore, taxpayer had paid low amount then actual amount. As a result, it was ruled by Tax Commissioner that taxpayer had to pay the shortfall amount of tax for both the financial years. Further, due to the manipulation on the part of taxpayer in the claimed tax deduction, a 25% penalty of the overall shortfall tax amount would be imposed on the taxpayer. Taxpayer was not in agreement with the decision of the Tax Commissioner and argued regarding the judgement (ATO, 2017b). However, argument was rejected by the Tax Commissioner and finally, in January 2016, the case was taken to the Tribunal for further discussion under s. 14ZZ of the Taxation Administration Act1953(TA Act). According to the TA Act, it has been decided that the taxpayer has the responsibility to provide the proof related to the claims made in the tax returns form (Nethercott, Richardson and Devos, 2016).

From the facts, it can be concluded that three main sections of ITAA, 1997 which has been violated on the part of taxpayer Kale by filing wrong claims on the income tax returns for the financial year 2012 and 2013.

According to this section, the taxpayer can claim for the deductions regarding the work related expense only if they contribute in the assessable income generation for the taxpayer. Therefore, the association between the general expenses claimed by taxpayer with its assessable income is considered to be an imperative factor (Gilders et.al., 2016).

Violated – In actuality, there was no expense incurred by the taxpayer in relation to the meals linked with the overtime. Further, no allowance was available by the employer in relation to this expense as the gross salary remained constant (ATO, 2017b).

The taxpayer cannot claim for the deduction on the account of the expenses incurred on taxpayer’s entertainment purpose. However, deduction in this context may be permissible under the aegis of s. 32(50) which allows for the same if given by an industrial award whose definition is highlighted in s. 995-1(1), ITAA 1997 (Sadiq et. al., 2016).

Violated – The industrial award could not be related to the given meal expenses during overtime and hence in accordance with the above section the expense should not have been deductible, however, the taxpayer claimed deductions on the same which was clearly not permissible (ATO, 2017a).

According to this section, if it has been found that taxpayer has fraudulently misrepresented the claims to get high tax deduction and filed the tax returns form and provided to the Tax Commissioner, then significant penalty would be imposed on the taxpayer. As per section 284 (45), ITAA 1997, the administrative penalties would be applied on to taxpayer irrespective of the fact that the income tax returns form has been filed by the respective agent hired by taxpayer or by the taxpayer itself (Deutsch et. al., 2016).

Violated – Tax agent services were used by the taxpayer to mislead the tax authorities into believing false tax claims. Assuming that the taxpayer was indeed ignorant, it would not have been possible that the tax agent would also have been ignorant of non availability of deduction in this case. Thus, despite taking professional help, false and misleading tax returns were filed by Kael (ATO, 2017a).

The various work related functions and arrangements between employee (taxpayer) and employer would be considered as imperative aspect. The employer firm through the representative i.e. director made it clear that as part of fulfilling the professional duties, it was essential for the taxpayer to be working even on weekends. Further, the salary started at a point which was higher than the corresponding level highlighted in the Building and Construction General On-site Award 2010( known as “Award”). Additional increments in the base salary were enacted by taking into consideration a host of factors including the extent of overtime carried out in office, work support from home, personal vehicle usage for professional duties performance and miscellaneous expenses incurred while performing professional duties especially when working overtime (ATO, 2017a).

With regards to overtime payments, one issue was particularly critical which was related with meals. In this regards, the taxpayer had made an astonishing decrease in deduction claim to the extent of 96% by the time the Tribunal started proceedings regarding the case. This drastic decreasing of the claim amount clearly strengthened the position of the Tax Commissioner. However, to support his claim and related deduction, the taxpayer extended records of bank statement to highlight the expenses incurred. But, the core issue was to determine the extent of deductible overtime meal benefits irrespective of the fact whether the same have been incurred or not (ATO, 2017b).

Tax Commissioner argued that taxpayers’ salary was not in accordance to the relevant award as has been clearly stated by the employers’ director who made it clear that the base salary was higher than the corresponding level mandated by the award. Since the base salary was not in conformity with the applicable award, it is unlikely that the allowance for meal expenses for overtime could be attributed to the award. In order to further substantiate the point, Tax Commissioner lends the support of TR 92/15 which highlights the key points of variation between allowance and reimbursement. The core argument was that the allowances are extended to the employee irrespective of the fact whether no expense in actuality has been incurred in this regard but reimbursements are given only for the expenses that the taxpayer actually incurs. Further, an allowance almost always provides tangible economic benefits or gains to the taxpayer as the actual expenses would always be significantly lesser. However, for reimbursement, things are drastically different as usually no tangible economic analysis benefit is extended (ATO, 2017a).

In order to highlight the fact that there was no allowance or reimbursement for overtime meal expense, the Tax Commissioner indicated that weekly salary paid to the taxpayer does not change and showed no alteration depending on the overtime served by Kael. Additionally, the fixed amount in the absence of any overtime also remained the same i.e. when the taxpayer is on off. However, when getting down to tax liability computation, there is an estimation of the total annual overtime based on which a rough estimate of the expected meal expenses is made by the taxpayer. Estimating the meal expense that would have been incurred in relation to the overtime is futile as no incremental claim could be filed by the taxpayer against the employer under the condition when the actual expense would have been greater than the allowance for the same. As a result, the Tax Commissioner put forward the argument that the taxpayers’ salary was fixed only but allowance for meal while doing overtime was merely a representation by the employer but in reality no such allowance existed (ATO, 2017b).

The Tax Commissioner while fixing the penalty for the tax shortfall relied on s. 284-85, ITAA 1997 and ruled that a 25% administrative penalty should be applicable which essentially is the lowest penalty rate under this provision. This would be applicable as the conduct of the client is in violation with the provisions of s. 284-75 which deals with the incidence of taxpayer filing false and misleading returns. Additionally, it was raised by the Commissioner that the taxpayer had taken professional services by filing through a registered tax agent who is unlikely to do such a grave error out of ignorance. It either amounts to gross negligence or fraudulent intent on the part of the taxpayer and the agent (ATO, 2017b)..

T aking into consideration, the tax filing was done through the help of the registered tax agent, it would be expected that the chances of the error should be lower and not higher. Also, it was indicated that the hiring of the tax agent by the taxpayer seems to have been enacted only with the intention of making deductions on expenses. Further, it seems quite likely considering the usage of a professional and the constant fluctuations made in the deductions claimed that the taxpayer was aware from the very beginning that there was no claim or deduction possible. But still, with an intent to evade tax, the incorrect returns were filed and in the circumstance the Tax Commissioner considered it reasonable to levy an administrative penalty to the extent of 25% on Kael (ATO, 2017a).

In accordance with the case circumstances and the various aspects highlighted by the Tax Commissioner, the Tribunal Judge had three key issues to decide on (ATO, 2017a).

Whether there was any deductible overtime mean expenses and determine the extent of the same.

Whether the Tax Commissioner was reasonable in his conduct when 25% administrative penalty was levied on the shortfall of tax for the previous years.

Whether there was a case to remit the administrative penalty prescribed by Tax Commissioner.

In relation to the three key aspects identified above, the given Judge reached the following verdict which is presented along with underlying reasoning (ATO, 2017b).

The judge was in broad agreement with the position taken by the Commissioner and agreed that the compensation of Kael was not in accordance with the industrial award. As a result, any allowance for meal expenses during overtime even if present would not be in accordance with the award and hence non-deductible. Also, there was agreement by the Judge regarding the employer just carving out an allowance for meal even though it does not exists in real.

The judge came down heavily on the taxpayer and his agent for filing false tax returns. In this regards, an observation was made by the Judge who hinted towards lack of reasonable healthcare management being exhibited while filing the tax returns which resulted in a violation of tax rules. Also, considering the constant fluctuations in claim amount despite taking professional help in filing returns clearly indicate that the Commissioner was fair on imposing an administrative penalty to the tune of 25% as there was the presence of wilful default on the part of the taxpayer.

Citing the above circumstances, there was a refusal on the part of the tribunal judge to provide any relief in terms of the administrative penalty and hence there the judge refused to remit either a part or complete penalty.