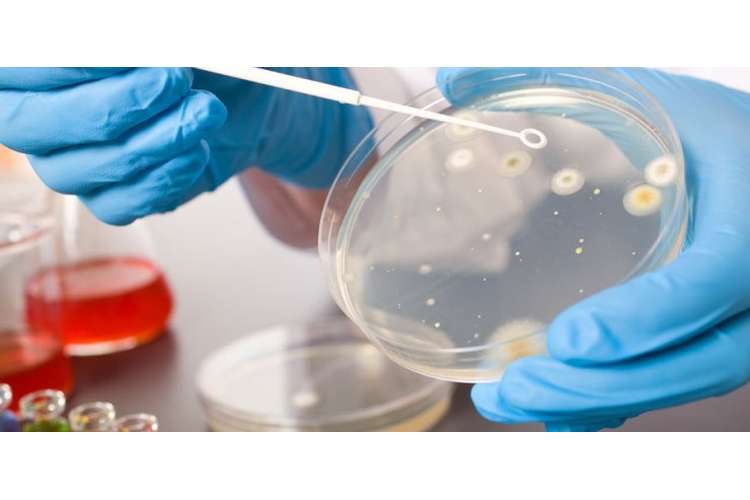 In microbiology isolation and characterization of microorganism is important. This is critical in understanding particular disease etiology and the best antibiotic to be used for the diseases treatment and the abilities of the bacteria to produce substances that might help it evade treatment such as having antibiotic resistance capabilities.

Aim of the laboratory practical:-

Physical development examination of the colony characteristics on nutrient agar was the first step to be performed before gram staining. A single colony of unknown bacteria B was picked using sterile wire loop and spread on glass slide. The crystal violet was used as the primary stain, 95% ethyl alcohol was used to decolorize the primary stain, while Gram’s iodine was used as a mordant, and safranin used as counter stain. The Gram positive bacteria retain the primary color which is dark purple (Pogmore, Seistrup, & Strahl, 2018). The unknown bacteria B stained deed purple when observed under microscope with rod shape.

Motility test was carried out to determine if the unknown bacteria (B) was motile or non-motile. The motility of the bacteria B was established by stab inoculation of the single colony of the bacteria B into the motility media tubes provided. The presence of diffuse growth away from the stab line of inoculation, demonstrated by turbidity extending sideways across the motility test medium was an indicator for positive test (Luna et al., 2005). Presence of growth confined to the stab line was indicated a negative motility test.

Unknown bacterial B was further identified using multiple biochemical tests. Bacteria B was tested further to identify its ability to form spores and the type of spore produced if any. Based on the result interpretation from the manual there was no spore formation. Indole test was conducted to establish the ability of the unknown bacteria B to produce enzyme tryptophanase that breaks down tryptophan and reacts with Kovac’s reagent. According to Abbott (2011), Indole positive result is indicated by red surface layer while negative result doesn’t have the red surface layer.

Starch hydrolysis test was carried out on unknown bacteria B to check its ability to produce amylase that can hydrolyze starch. This test involved the use of a differential media which was starch agar plate. The media was inoculated by Unknown bacteria B. The starch agar plate with colonies of bacteria B was then flooded with Gram’s iodine. Clearing of light yellow/gold zone around bacterial colonies indicated presence of amylase while no clearing around the colonies indicated a negative amylase results (Xia et al., 2015). From the result there was clearing of light yellow zone indicating presence of amylase.

The ability of unknown bacteria B to produce gelatinase which liquefy gelatin was tested by performing gelatin hydrolysis test. The hydrolysis process by the gelatinase enzyme takes place in two sequential reaction. In the first reaction, the enzyme gelatinase breakdown the gelatin to polypeptide. Polypeptide is then further degraded to amino acid (Cheesbrough, 2006). A positive result was indicated by a partial liquefaction of the inoculated tube even after being subjected ice water.

Oxygen utilization test was performed to determine whether the unknown bacteria B was aerobic or anaerobic bacteria. Thioglycollate broth which is an enrichment media was used, the media contain numerous nutrient factors such as casein, yeast, beef extract, and oxidation-reduction indictor (resazurin). It supports economic growth of anaerobes, aerobes, microaerophilic, and fastidious microorganisms. The growth in the upper part of the media where the oxygen concentration was high is indicative of aerobic bacteria while anaerobic bacteria grows to the bottom of the media (Cowan, 2005)

The ability of the bacteria B to ferment lactose and glucose was tested. Phenol Red Lactose Broth, Phenol Red Glucose Broth were used. Sugar fermenting bacteria produces acid during fermentation that lowers the PH of the broth, hence, the phenol red indicator which is red in colour will change its colour to yellow due to acid production. At the same time, the gas produced is collected inside Durham’s tube. Therefore, a positive sugar fermentation is indicated by change in the colour of the broth from red to yellow (Cowan, 2005).

TABLE 1: Showing different microbial tests that were performed and results obtained for unknown bacteria B

Through gram staining it was possible to eliminate gram negative Enterobacteriaceae including Escherichia coliandKlebsiella pneumonia.According to Amin, Rakhisi, and Ahmady (2015), Bacillus subtilis are known to be present in wide range of environment including soil and human gastrointestinal tract, they are gram positive, rod-shaped, form endospores in unfavorable conditions. Furthermore, they are motile having a well-developed peritrichous flagella, they are aerobic, indole negative, and catalase positive, and they are non-lactose fermenters (Khan, 2018; Ayala et al., 2017). The other possible gram positive catalase positive bacteria was Staphylococcus aureus.Therefore, Gelatinase and amylase test were performed on the unknown bacteria B, the result revealed that the bacteria B was gelatinase and amylase positive further excluding Staphylococcus aureusandMicrococcus luteuswhich are amylase negative (Fangio, Roura, & Fritz, 2012). Bacillus polymyxa and Bacillus subtilis required further differential test.Through sugar fermentation the two bacteria were differentiated, Bacillus polymyxais both lactose and glucose fermenter with gas production while the unknown bacteria B was not lactose fermenter and no gas production. Therefore, this confirmed the unknown bacteria B to be Bacillus subtilis.