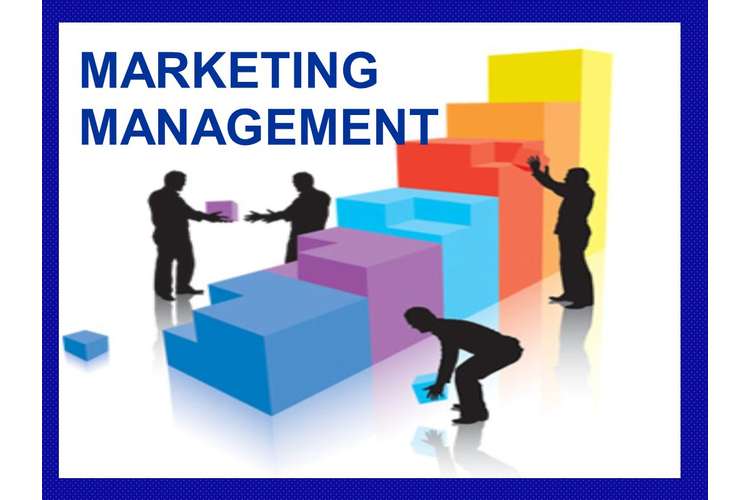 This case study shows how the ehtical vision of producing and marketing tea from the country of its origin has evolved in Dilmah Ceylon Tea. Tea being the largest cash crop in Srilanka still couoldnot benefit the locals to the maximum extent .Dilmah was found with a passionate initiative of making the original tea saving its aroma and taste and rendering garden fresah products to the end customers.

Tea has captured a strong cunsomer market in Australia owing to the awarenes s of the tea benefits , Australian population savoures tea as a health and a taste beverage. 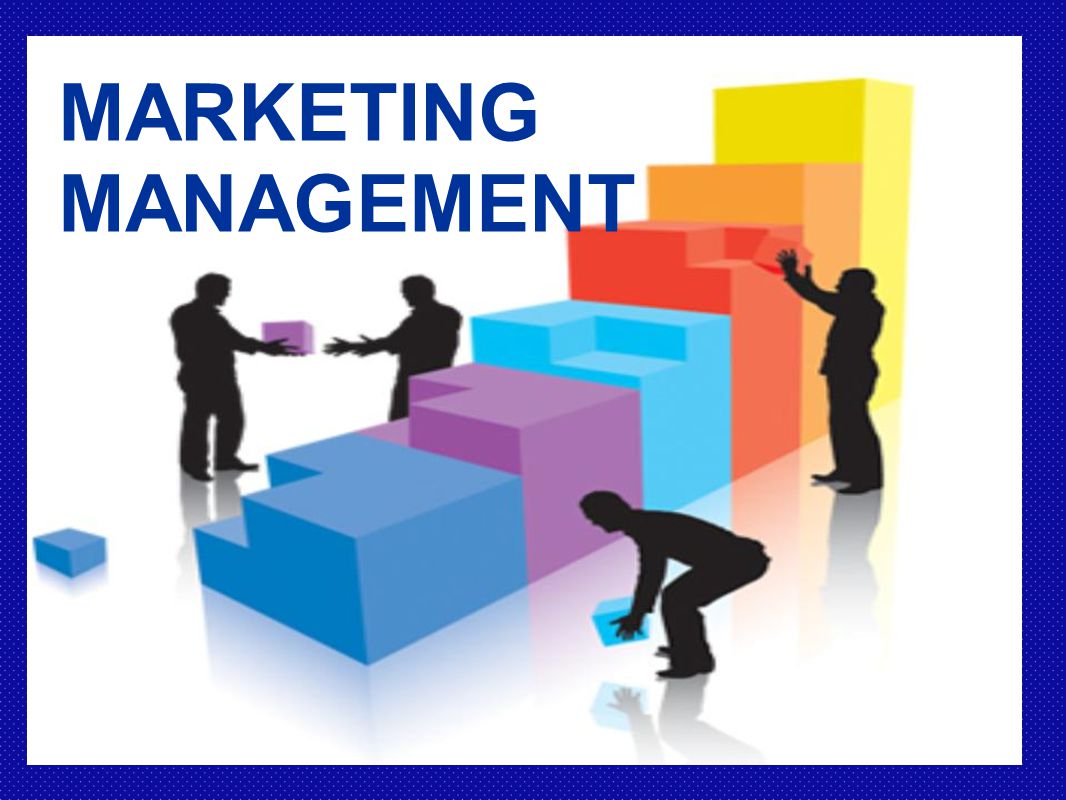 Srilanka economy is heavily dependent on tea, rubber and coconut production. Tea export is responsible for 60% of the exports earning of the country. Australia is one of the leading purchasers of the Ceylon tea. Srilanka is the second largest tea producer in the entire world, first being India. (Baker, 2007).

Srilankan economy is heavily dependent on tea business.The country is known to be the world’s finest producer of Black tea.Tea is the principal export item of Srilanka since centuries. (Sri Lanka Tea Board, 2014)

The company was founded by Dilmah, Merrill J. Fernando in the year 1950. After Srilanka independence from the British rule the control of the tea estates were under the reins of the government. This was an adverse situation when there were negative impacts due to the lack of management skills and knowledge of the management about tea production and farming. To promote tea markets developments in Srilanka, British companies chose 6 trainees, Fernando being one of them. This training and his personal experiences inspired him to start his own tea business. (WIPO, (n.d))

He and his sons were passionate about creating the finest tea ethically. The company was committed to offer best blends of tea picked and packed from Ceylon and always maintaining its originality. The tea has three distinct qualities –

This family owned business has led to the strategy of marketing a tea brand from its origin. Srilanka earlier known as Ceylon was the raw materials supplier to international tea brands and the Dilmah’s move to position itself as a Srilankan Tea Manufacturing and Marketing brand received much discouragement as this market was already dominated by multinational companies.

Merrill’s vision was a passion to create an ethical tea brand that could be source of the high quality and originality. He aimed at providing fresh tea that was rich with health benefits due to its high anti-oxidant content.

Challenges Faced by Dilmah in the local and International Markets

The local markets of Srilanka posed lots of challenges due to the economic, political and legal environment factors in the country. In 1971 when Fernando started buying tea farms, Srilanka had socialist government that was undertaking all tea plantation under government control and individuals could own not more than 50 acres of farm land. UNDER THE PROVISIONS OF THE Land Reforms Act of Srilanka Merrill’s tea estates were taken over leading to serious damage to the company.

Dilmah faced heavy discouragement and competitive challenges from all multinational tea companies who packaged products locally produced from leading tea plantation countries such as Srilanka, India and sold them in their own brand name.

It received discouragements from tea board and the clients of Dilmah for exporting the tea bagging machine. (cimaglobal, (n.d))

Tea  market has many internal rivalries between stakeholders that causes slow growth in this sector. Srilanka Tea Board import regulations prevented the import of many tea varities. (Karunanayake, 2001)

Strategies to overcome the challenges in marketing

Challenges in the Australian Markets

MJF group was quite familiar to Australian tea markets and supplied tea to many businesses of small to medium sizes. But the challenge was to compete with the already existing successful tea brands in Australia and cater to the shifting culture of tagged tea bags.

Pricing strategy of Dilmah was also a challenge as Merrill wanted to increase the existing price of bags at 1.99$ to 2.90 as the market leader was selling below this price, Dilmah was discouraged to price his products at this premium level.

Australian Scenario- A major Australian retailer Coles was convinced by the founder of the company to keep the product of the Dilmah Tea Company. Earlier Ceylon Tea was sold in Australia under the labels of other multinational brands. Ceylon tea consumption has been prevalent in Australia since ages but the founder of Dilmah believed that the Ceylon tea sold in Australia is a victim of commercialism and decrease in quality as pure suppliers of the Ceylon tea where already sold out to multinationals . So now the purchases of Europe and other countries were of inferior quality. The vision of marketing Dilmah in Australia was to bring back the existence of small tea producers and make premium quality products available in Australia market at economical pricing. Fernando was inspired to bring back the feel of enjoying pure Ceylon tea in Australia. The journey in Australia started by one retail outlet in Melbourne and then eventually owing to increased demands was stocked in 35 Cole’s stores in the first year itself. Dilmah tea ranks one in the world’s top ten brands. Annual retail sales around the globe of the company are about 550 USD and contribution of Australia is 10% of it.

Recent past has shown decline in Dilmah sales owing to the increased costs of production and decrease in spending of consumers due to adverse economic conditions (Khadem, 2013).

Micro- Environment–The micro environment analysis of Dilmah consists of internal analysis of the immediate internal environment of the company. A family business headed by Merrill J Fernando and his two sons having a dedicated and passionate professional team. The company works with the principle of distribution its proceedings to the employees of the company and the underprivileged of the Srilankan society. The brand was launched in Sydney, Australia in the year 1988. The brand at the time of its launch became the second bulk exporter of tea. MJF group became the tea supplier to many Australian businesses.

Meso -Environment –Meso environment deals with the industrial analysis and consists of the analysis of tea markets in Australia. Australia has high tea consumption per capita of 0.55 Kilograms per year. Butlifestyle changes have caused a threat to tea market. Unilever and AB Food and Beverage have dominated the tea market in Australia. A 4% off-trade value has been recorded of the Australia n tea markets in the year 2012. The major reason for the growth of the tea markets in Australia is due to increased health awareness of people and the association of tea consumption to health benefits such as lowering cholesterol, blood sugar and reducing the susceptibility to heart diseases (King, 2013).

A PESTAnalysis will be helpful to understand the marketing environment for Dilmah Ceylon Tea Company. Where the Political, Economic, Social and technological factors and their impact on the company will be studied.

Segmentation of the market

Dilmah’s market for tea consumption in Australia needs to be segmented as per the reports of the Australian Food and Grocery Council Tea Industry forum Australian tea market’s net worth is of $263 million Australian dollar and it is segmented into five different categories namely; 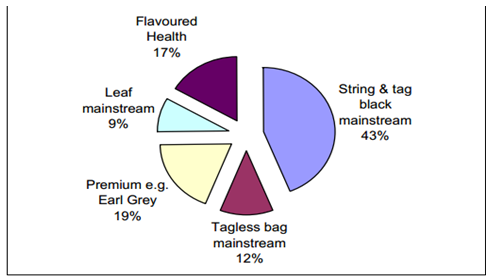 Figure representing the segmentation of the tea markets in Australia 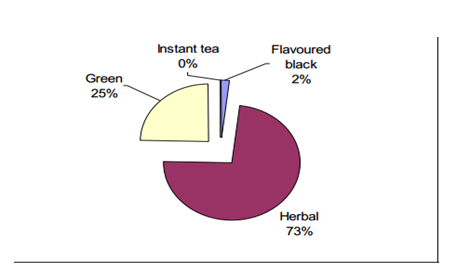 Figure showing the breakdown of the flavored tea markets in Australia

So the above data shows that the tea market in Australia being segmented according to taste and Health preferences or the Lifestyle Segmentation. Dilmah should consider this segmentation to efficiently devise strategies to attract target customers from each of these five segments as lack of segmentation leads to a vague and unplanned marketing orientation. (The Australian Growers Guide Japanese Green Tea, 2006)

Tea perferences vary according to individuals showing the segentation according to Activities, Interests and Lifestyle also knownas Pshychographic segmentation.Dilmah consideres rthis segmentation in its product mix and has welldefined products for different consumer segments.

They consider the taste and the quality of the brand , its price and the company’s goodwill before deciding to buy a tea brand. Dilmah having them all is rich in attributes makibg it a favourable brand of consumer choice in Australia.

Tea has an age old heritage and it is the second most consumed drink first being water. Dilmah keeping in mind the old medicinal and heritage value of tea has developed the focus of the company in areas of unblended, tea plucked and prepared freshly and packed at the place of the origins of its production.

The Watte tea of Ceylon launched in the year 2003 comes from the finest variety of the four premier tea growing regions of Ceylon. Dilmah’s conceptualization of tea with wine has taken its products to a new height. The Boutique segmentation of the product mix of Ceylon is designed for the younger generation target market.

So we can see that Dilmah has a wide well planned product mix enabling consumers to easily choose the product of their preference and liking.New three varities have been introduced of spiced green teas. The spices used are cinnamon , ginger and cardamom , camomile, lemongrass.

The Geniune white tea were launched with a pricing of AUD 11.49 /10 tea bags this was a competitive pricing with that of the inferior brands available in the market with little or no white tea content that were sold at an average pricing of AUD 3.99. Dilmah also premium priced some of its products more than the pricing of the market leaders. This premium pricing was an indicative of the high quality of the Dilmah tea.

Dilmah promoted the product by branding it by the name of the country of its origin so that the consumers realise that they will get the same taste and aroma as the origin is fixed and never changes. Dilmah’s promotional mix is also well developed.It is the official sponsor of Sri Lankan cricket team. It sponsrs the domestic as wel as international SriLanka’s cricket team.  It has its Cricket Network that gives live updates abou the matches.It also promotes the Ceylon Tea industry to encourage tea marketing  from the source of its origin.

Dilmah is entering the global markets by tie ups with popular brand Such as Complain, baby foods, Heinz to market flavored and orthodox tea (Srinivas, 2014)